‘The Nutcracker’ Returns to Bring Holiday Spirit to Boston 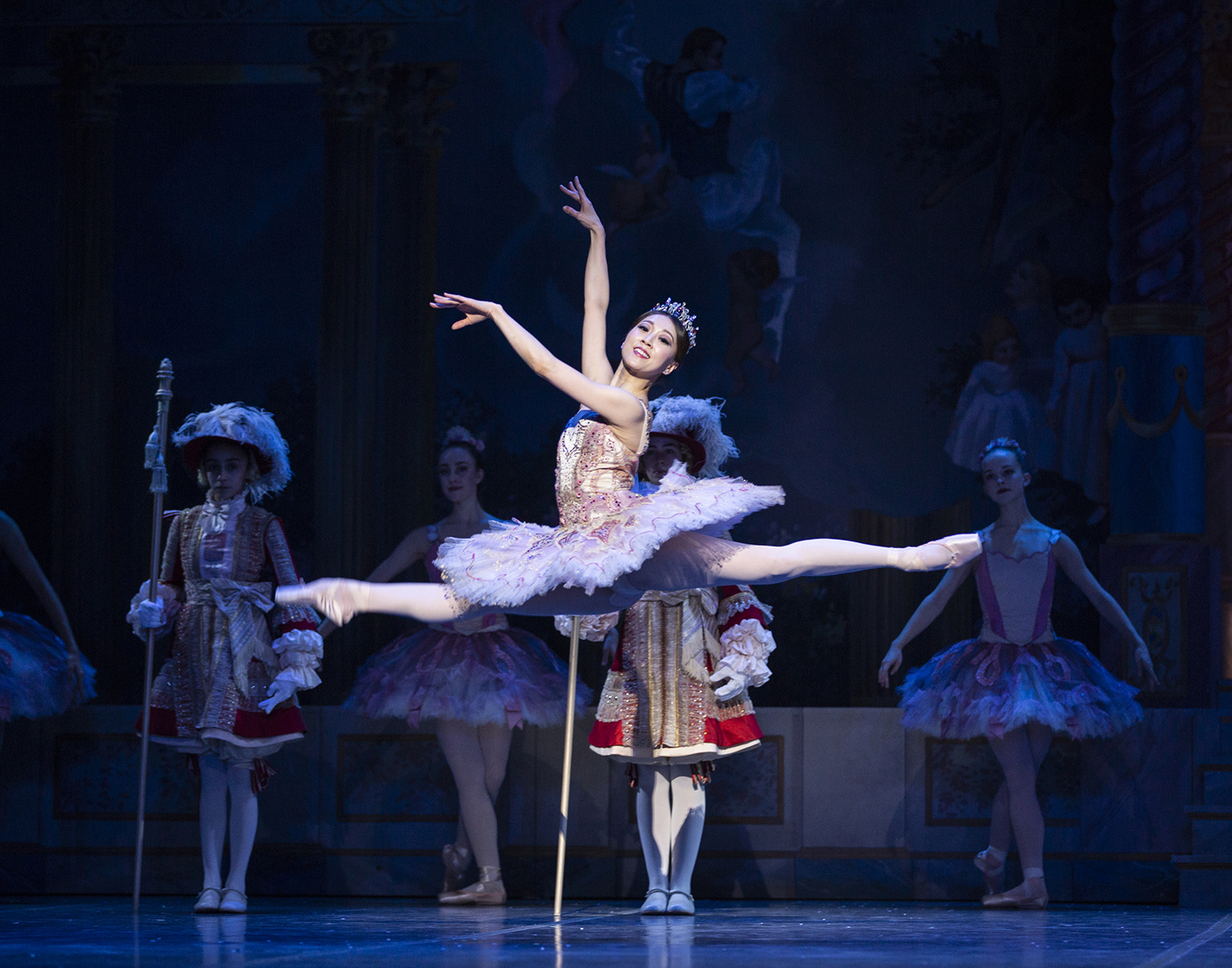 Misa Kuranaga in Mikko Nissinen's The Nutcracker. By Courtesy of: Angela Sterling

Though the Boston Ballet’s “The Nutcracker” runs annually in December, it did not fail to impress with its energy and high production value on its opening night on Nov. 29. Given its popularity, the dancing must be beautiful and focused. Its leads, principal dancers Misa Kuranaga (Sugar Plum Fairy) and Paulo Arrais (The Nutcracker), were delightful, as was newcomer Mia Steedle (Clara). Though “The Nutcracker” is considered a children’s ballet both for its accessibility and young cast, it continues to stand the test of time by bringing holiday spirit and imagination to an often serious art.

Adapted from E. T. A. Hoffmann's story "The Nutcracker and the Mouse King,” this ballet was originally choreographed by Marius Petipa and Lev Ivanov: It first premiered at the Mariinsky Theater in 1892, set to the score of Pyotr Ilyich Tchaikovsky’s “Op.71.” In the hands of choreographer and artistic director Mikko Nissinen, “The Nutcracker” does not receive radical revisions. This is at its heart an incredibly classical show, without much experimentation. Instead the choreography is characterized by traditional canons, leaps, and a heavy amount of jumps.

As the Sugar Plum Fairy, Kuranaga was a delight. Kuranaga moved with a grace and ease, as if dancing on air. Her pirouettes melted into each other, quickly transitioning into perfect fouettés during many of her dances. She managed to make each of her movements swell with life as if to dance were to breathe. She also brought a sprightliness and etherealness that were not amiss in a role that builds up dynamically over the course of the performances.

Arrais was just as exciting in his role, but in a different way. He conveyed a stateliness across the stage that was worlds away from Kuranaga’s petite, almost coy movements. The difference in their dancing styles highlighted each other’s strengths, particularly during the “Grand Pas de Deux,” which is based on the original choreography of Lev Ivanov. Both delighted with their exactitude and incredible stage presence, though much like in Petipa’s version, the female dancer is the focus — with Kuranaga the obvious star.

Steedle was equally wonderful in her role, imbuing Clara with unbridled grace. She danced on pointe nearly the whole time. Many other interpretations like to have her dance in soft shoes to make a marked contrast in dancing between Clara and the other ballerinas of the show. Yet, this decision to have her on pointe was exceedingly successful as it allowed Steedle to showcase her rather delightful technical abilities.

The music was beautifully performed under new music director Mischa Santora, who joined Boston Ballet earlier his year. The orchestra began its overture with spirit. As this is a traditional performance, no dancers were present on stage initially. This allowed the audience to concentrate on the clear and rich tones of the players. They kept up the energy throughout the performance and seemed almost to reinvent certain beloved classics from the score. “The Dance of the Reed Pipes” was particularly measured and light, due to its strong flute section.

At times, the orchestra did seem to lose speed, such as in the “Arabian Dance.” It could have used more pull and lull, especially as it did do not justice to the dancing of Kathleen Breen Combes, who really stunned with her almost acrobatic performance.

As usual, the costumes, made up of countless bejeweled tulle tutus, satin gowns and impeccably tailored military coats, astounded — courtesy of Robert Perdziola. Special effect choices like the snow fall during Dew Drop’s dance or the fog that appears at the feet of the dancers in the Nutcracker Prince’s kingdom were continued according to tradition. These elements continued to delight, by bringing whimsy and emphasizing liminality.

Despite countless seasons of performing “The Nutcracker,” the Boston Ballet does not lose sight of its creativity. It manages to strike a balance between reinvention and tradition, largely due to its incredibly dynamic dancers, who breathe new life into their roles. Though familiar, the costumes and lavish set continued to impress, once again triumphing with this cherished, city-wide tradition.