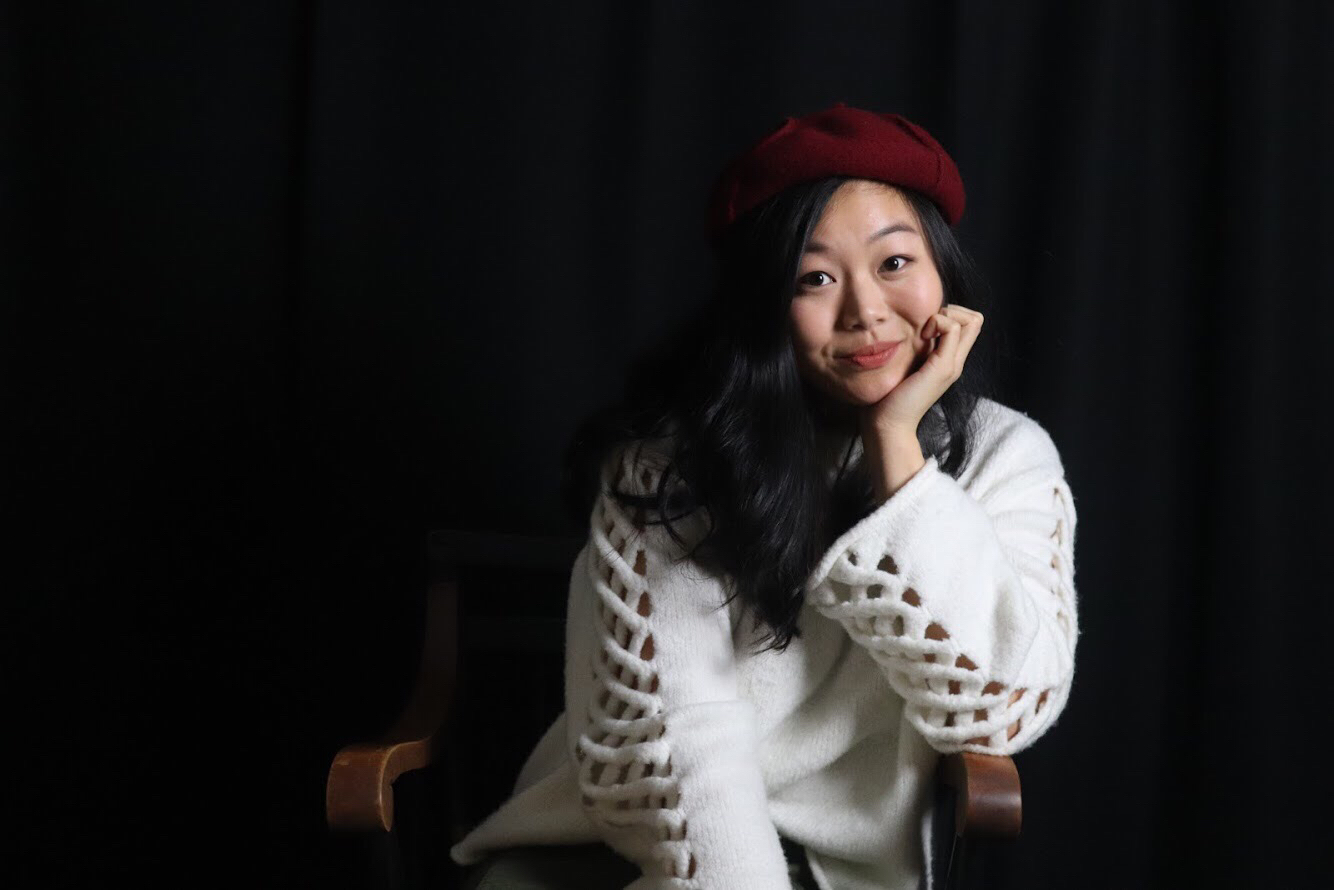 Caroline A. Tsai '20 is the outgoing Film Exec and Co-Comp Director and the incoming Arts Co-Chair. By Kathryn S. Kuhar
By Caroline A. Tsai, Crimson Staff Writer

Romantic prospects on campus are slim and, as my Taiwanese grandma is wont to remind me, my biological clock is ticking. I’ve decided to refocus my attentions toward a much more attainable romantic pursuit: Celebrities. Below, a comprehensive guide to my celebrity crushes as production night moods. After all, what’s love without Arts? (Answer: Non-existent.)

At peak witty repartée, this production night echoes Jim Halpert’s trademark everyman, sardonic charm. There are lots of zany antics and very little measurable productivity. The President’s chair is found lodged in one massive block of chartreuse Jell-O. One exec glances at an imaginary camera in incredulity and amusement. By 11 p.m., most execs have peaced the hell out with half-hearted promises to “address edits from home” and the vibe is decidedly less Dunder Mifflin and more “A Quiet Place.” As the third High School Musical soundtrack blares from someone’s tinny computer speakers, other Crimeds in the newsroom are shooting us death glares. Lest we get mauled by supernatural alien monsters, keep it below 0.2 decibels!

We’re all in love with Constance Wu. Michelle Yeoh is our collective mom. Grace lets me drop $8 on a Felipe’s burrito, which makes us feel crazy, rich, and Asian, until Bank of America emails me to remind me that my checking account balance is -$8. How spontaneous and exciting!

A picture leaks of one of us hanging out in the L*mpoon, eliciting extreme feelings of betrayal. Mila reminds us that she (a) is from Westchester but went to school in the city (“New York is the best city in the world”) and (b) also speaks fluent French. It’s endearing but, like, a little gratuitous. Then her French AutoCorrect changes “the” to “thé” and “champion” to “champignons.” We roast her in the group chat. It’s very embarrassing, much like my infatuation with Timothée Chalamet. Please don’t tell anybody.

Arts execs make questionable sartorial decisions, including, but not limited to, glittery Gucci suits. Production night oscillates wildly from low culture to high culture as the collaborative playlist jumps from Fleetwood Mac, to Carly Rae Jepsen, to Beethoven, to Hannah Montana (incidentally, all musical influences of Harry Styles*). Execs keep adding songs with wild abandon, and the playlist extends, much like One Direction’s hiatus, indefinitely. *Not confirmed by Harry Styles.

Classy and refined, this production night starts out with English breakfast tea from Quincy dining hall. Ethan is alternately speaking in the Queen’s English and a thick Scottish brogue. Like Queen Elizabeth II, we at the Crimson are also fond of turkey shooting. (Both kinds of shoot are archaic relics of an older, genteel (read: elitist) tradition and unnecessarily take a lot of time.) Production night quickly spirals into a “Girl in the Spider’s Web” hostage situation, with Arts pages lost in cyberspace. Who the hell was on InDesign duty tonight? Oh my god. We’re gonna be here forever, aren’t we?

—Caroline A. Tsai is the outgoing Film Exec and incoming Arts Chair. She thinks rom-com tropes are totally banal, but a) frequently runs into people and spills her books everywhere, b) always seems to be dramatically rushing to the airport last-minute, and c) now works in “the media,” I guess. This should make her a prime rom-com protagonist. Irritatingly, she’s more of a quirky best friend. Direct enquiries (business, romantic, or otherwise) to her manager at kaylee.kim@thecrimson.com. D-listers need not apply.