10. “Expectations” by Hayley Kiyoko
From Hayley Kiyoko to Troye Sivan to SOPHIE, 2018 has been a breakthrough year for BGLTQ pop stars publicly embracing the spotlight in affirming ways. Kiyoko in particular has succeeded in the captivating specificity of her album “Expectations,” sliding in subtle details that perfectly capture every narrative moment. From the vulnerability of the line “I only want a girl who ain’t afraid to love me / Not a metaphor of what we really could be” on “What I Need” to the sheer pettiness of “You say you wanted me, but you’re sleeping with him” on “Curious,” Kiyoko’s clever lyrics and catchy melodies are as cool as they are affirming, fun to sing along to and deeply relatable at the same time. —Edward M. Litwin

We reviewed "Expectations" and gave it 4/5 stars. Read more here.

9. “Golden Hour” by Kacey Musgraves
“Golden Hour” is immaculately constructed, effortlessly blending country with a hint of ’80s pop. It’s an album about finding yourself in the midst of the whirlwind of life and though it’s subdued in tone, every line is fierce and biting. Kacey Musgraves brings her signature wit and focus to this masterpiece to create her best album yet. Between the woozy disco peak of “High Horse” and the detached repulsion of “Space Cowboy,” “Golden Hour” takes its listener on a journey that ultimately shows them everything will be alright in the end. —Edward M. Litwin

8. “High as Hope” by Florence + the Machine
Florence Welch may still be learning to accept herself but she is done accepting less than she deserves. These feelings underscore her band’s empowering and ethereal fourth studio album “High as Hope.” Her voice is front, center, and more personal than it has been on any of her albums yet, trading in symbolism and metaphor for self-reflection and simple melodies. She sings of her struggles with an eating disorder (“Hunger”) and toxic relationships (“Big God”), but also of home (“South London Forever”), her sister (“Grace”), and even Patti Smith (“Patricia”). In its intense vulnerability, “High as Hope” is beautiful. —Allison J. Scharmann

7. “Astroworld” by Travis Scott
“Astroworld” is “Infinity War: The Album”: Everywhere you turn in this sprawling, thrilling carnival, you’re likely to spot a favorite figure. Frank Ocean croons the hook to “Carousel” as his “Blonde”-era, pitched-up vocals swirl around him. The Weeknd does his louche castrato routine over Tame Impala’s signature psychedelia (“Skeletons”) and John Mayer’s slow-jam strumming (“Wake Up”). Drake somehow made everyone at every party in the last half of 2018 rap along to a verse about sleeping on a plane. And Travis, the glue that holds it all together, is Captain America: His gift for collaboration makes up for his obnoxious blandness, and he’s got hidden depths, whether he’s being tender and introspective or paying tribute to his hometown, Houston. —Jonathan P. Trang 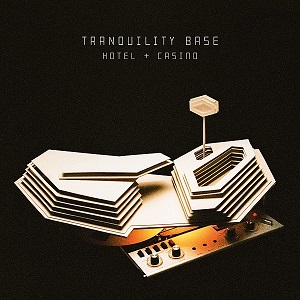 6. “Tranquility Base Hotel & Casino” by Arctic Monkeys
Arctic Monkeys came back from a post-tour, two-year hiatus to record and release their first album since 2013’s “AM.” “Tranquility Base Hotel & Casino” marks a major departure from the British band’s punk and indie rock roots. Lead singer Alex Turner’s characteristic vocals take on an unexpectedly languid and haunting tone, grounding the abstract lyrics and spacey melodies of tracks like “Star Treatment” and “Golden Trunks.” Arctic Monkeys may have let down fans expecting something more similar to their previous work, but in doing so flexed their songwriting and instrumental skills in an impressive, experimental foray into glam-rock. —Allison J. Scharmann

We gave “Tranquility Base Hotel & Casino” 4 stars. Read about it here.

5. “Be the Cowboy” by Mitski
The fifth studio album from singer-songwriter Mitski Miyawaki arrived in a swirl of lush sonic experimentation and intense honesty. It is both a work of channeling an alternate persona, as Mitski herself indicated to Fact Magazine, and stripping back the layers of façade to reveal an intense vulnerability. This Mitski is both “the idiot with a painted face” in “Me and My Husband” and the insecure lover who pleads, “Would you tell me if you want me?” in “Come Into the Water.” Brutal honesty is a throughline of “Be the Cowboy,” whether it’s in the form of anxiety or swaggering confidence. —Caroline A. Tsai 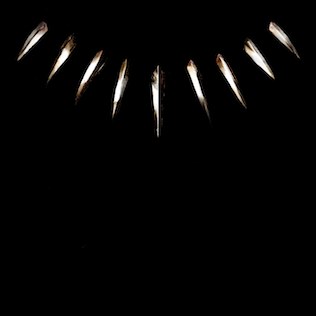 4. “Black Panther: The Album”
While the movie "Black Panther” made history this year with its casting and sales, its soundtrack made similar waves within the music industry with its original score composed by Ludwig Göransson and original songs produced by rapper Kendrick Lamar. While Göransson’s score is largely based on traditional African music, Lamar derived most of his inspiration from the ’90s, though several songs feature African drum beats and one of them has Zulu lyrics. He collaborated with artists like SZA, Jorja Smith, Vince Staples, and The Weeknd to create pop-rap hits "All the Stars” and “Pray for Me,” among many others. The album was not only critically acclaimed, but also snagged the coveted number one spot on the US Billboard 200. —Aline G. Damas

3. “Invasion of Privacy” by Cardi B
Cardi B’s “Bodak Yellow” dominated the Billboard Hot 100 — it’s now the “longest number one solo single by a female rapper” — but it was just the beginning of the Bronx-born rapper’s rise to fame. Her album “Invasion of Privacy” was released to popular and critical acclaim, an impressive debut featuring the likes of Chance the Rapper, SZA, and Bad Bunny on infectious tracks “Best Life,” “I Do,” and “I Like It,” respectively. She’s at her best on every single track: sharp and empowered at her most upbeat and unflinchingly self-assured even at her most vulnerable. —Allison J. Scharmann 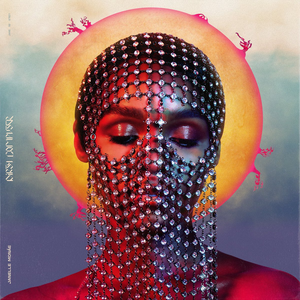 2. “Dirty Computer” by Janelle Monae
“I’m not America’s nightmare / I am the American dream,” Janelle Monáe sings on “Crazy, Classic Life,” the second track of her third album. “Dirty Computer” itself is a type of dream come true. Monáe has spun a world in which liberation for queer and black people arrives caressed by the embrace of sex positivity. Stevie Wonder offers words of comfort, human-as-computer metaphors glide over Brian Wilson’s harmonies, and delectable riffs like the one in “PYNK” (featuring Grimes) marry funk and pop and R&B. This is an American dream that’s not hard to get behind. —Liana E. Chow

We reviewed “Dirty Computer” and gave it 4.5/5 stars. Find out why here.

1. “Sweetener” by Ariana Grande
Ariana Grande has been no stranger to success throughout her career, but she finally found her voice with her fourth album, “Sweetener.” Produced and co-written by Pharrell Williams, it features her most experimental soundtracks yet, giving her pop repertoire a charmingly unique sound that hinges on lowkey beats and sing-talking. Through the exploration of anxiety, the conflation of religious and sexual passion, and the expression of autobiographical heartbreak, Grande offers up a confident and honest statement that strengthens her position as a pop queen. —Kaylee S. Kim