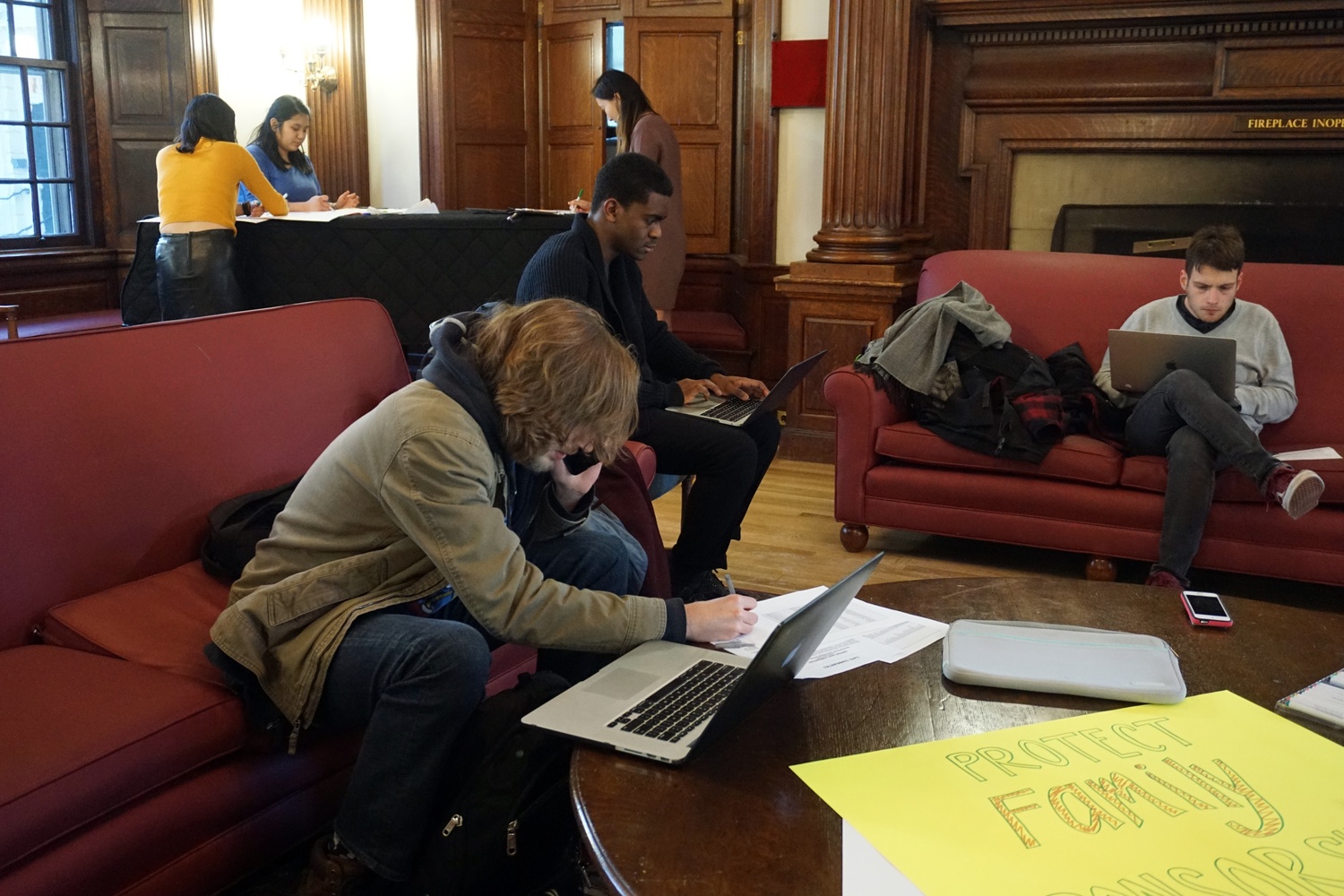 The Safe Communities Act is a piece of Massachusetts legislation that aims to offer more legal protections for immigrants in the commonwealth.

One protection granted by the Safe Communities Act would include a requirement that U.S. Immigration and Customs Enforcement present a warrant in order to arrest a person. Another protection would decree that immigrant detainees must be informed of their rights in a language they understand.

The phone banking event formed part of a larger organized effort that took place across Massachusetts, led by the American Civil Liberties Union.

While some students at the event said they were first-time phone bankers, others said they had participated in previous efforts to support the bill. Hank R. Sparks ’21 joined the Harvard College Democrats in advocating for the Safe Communities Act as part of their Lobby Day in December.

“It’s been really disheartening for me to see the number of deportations in New England skyrocket, to see Trump tear families apart,” Sparks said. “I think the Safe Communities Act ensures that Massachusetts isn’t a part of that, and that’s really important to me.”

Noah R. Wagner ’18, one of the organizers of the phone bank, said that many students became involved in the effort to support the Safe Communities Act out of concern for how ICE has treated immigrants in recent months.

“We’re very concerned that ICE has been creating an atmosphere of fear, forcing people into the shadows, and participating in all sorts of activities that are really, really damaging to communities all around the country,” Wagner said.

According to the ACLU, the Safe Communities Act faces a deadline of Feb. 7 to move through the Massachusetts State Joint Committee on Public Safety and Homeland Security.

“Immigrants in our community can’t wait any longer,” Wagner said.