'Your Name' Grasps for Dreams, Finds a Masterpiece 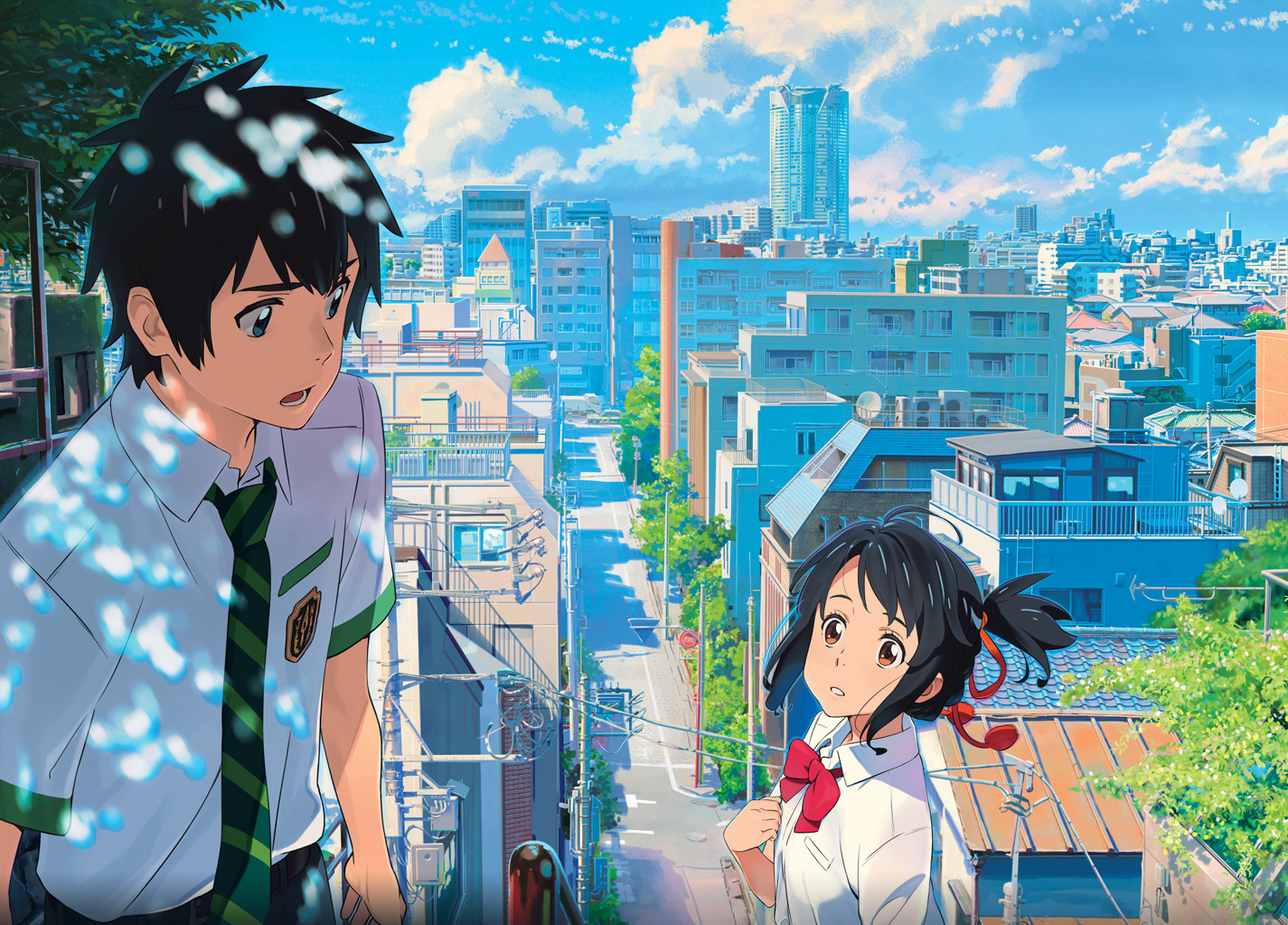 In an opening line of the animated film “Your Name,” one of the main characters muses about the universal feeling of having the contents of a dream slip away during the early moments of wakefulness: “The sensation that I’ve lost something lingers long after I wake up,” Mitsuha says. The film, adapted from the novel by Makoto Shinkai, director and screenwriter, follows Taki, a city boy, and Mitsuha, a country girl, who inexplicably switch bodies in what they initially think are mere dreams. A 2016 release, the film was so successful in Japan—it is the country’s second highest-grossing domestic film, behind Hayao Miyazaki’s acclaimed “Spirited Away” (2001)—that the Museum of Fine Arts offered two sold-out screenings of the beloved romantic drama for the inaugural Boston Festival of Films from Japan. Both tragic and hysterical, frustrating and rewarding, “Your Name” is a cinematic masterpiece that explores the consequences of trying to grasp the intangible.

By Courtesy of Funimation / Everett

Shinkai updates a familiar trope—famously depicted in America by a mother-daughter duo in “Freaky Friday” (2003) and by a teenage boy and girl in “It’s a Boy Girl Thing” (2006)—by further complicating it spatially and temporally. Mitsuha and Taki come to understand that—surprise!—their switches are more than just a figment of their imagination, a horrifying reality they navigate by leaving each other messages and advice on Taki’s phone and Mitsuha’s notebook. Each comes to appreciate what the other takes for granted: their home. Shinkai alternates between the warmth of the gorgeous green scenery of Japan’s countryside that Mitsuha yearns to leave behind and the scintillating glare off the windows of metropolitan Tokyo’s skyscrapers that Taki glazes over. The two live completely different lives, finding what they were missing each other’s bodies: in Mitsuha’s case, a city to explore but never fully discover, and in Taki’s, a sense of purpose. But as the two grow more accustomed to literally living in each other’s shoes, you begin to wonder when their time will be up, an anticipation Shinkai is acutely aware of. Indeed, the movie’s chief twist forces the crucial question—the answer to which is key to the film’s genius—not just of who or where you are, but of when you are.

“Musubi—knotting. That’s time,” explains Mitsuha’s grandmother to Taki-as-Mitsuha, introducing a metaphor Shinkai actualizes in the animation itself. The lines and strokes that make up the animation are a soft kind of crisp, imitating the precarious but very real situation the characters find themselves in. At a pivotal moment in the film, the animation briefly takes on a more medieval style as Taki and Mitsuha transcend time and space, knotting together their separate realities. Visually stunning, “Your Name” leans on time as a backdrop to beautifully represent the physical and metaphysical world its main characters inhabit. It’s no wonder the film has been compared to “Spirited Away”: Both capture a surreal beauty that reality simply cannot replicate.

The film’s comedic brilliance lies in its subversion of gender norms, both linguistically and behaviorally. Shinkai plays with the complexities of the Japanese language in a hilarious scene when Mitsuha, having woken up in Taki’s body for the first time, addresses herself to Taki’s friends in three different ways before thankfully landing on the appropriate pronoun. “Watashi... “ she begins, using the feminized word for “I”, followed by the more neutral but formal “watakushi,” the informal but youthful “boku,” and, finally, the adequately male and informal “ore.” Meanwhile, across time and space in Mitsuha’s body, Taki succeeds at basketball and defiantly calls out classmates who would gossip about Mitsuha and her relationship with her father, the mayor of their village. Both switched bodies ultimately succeed where the other would otherwise have failed—Taki scores a date with the colleague he has a crush on but is too inexperienced to woo, and Mitsuha becomes more popular as she stops tolerating her bullies’ teasing.

Above all else, “Your Name” is a story about missed connections and the lengths to which two people will go to find that missing link. It questions your understanding of time, space, dreams, and reality. It makes its extraordinary graphics an unforgettable reflection of its narrative. And most importantly, it encourages you to reach out to that person you think you recognize—from a dream, a past life, an accidental glance at an old photograph—and ask for their name.