HCFA Must Cut Ties to ‘Parent Ministry’ to Regain Recognition 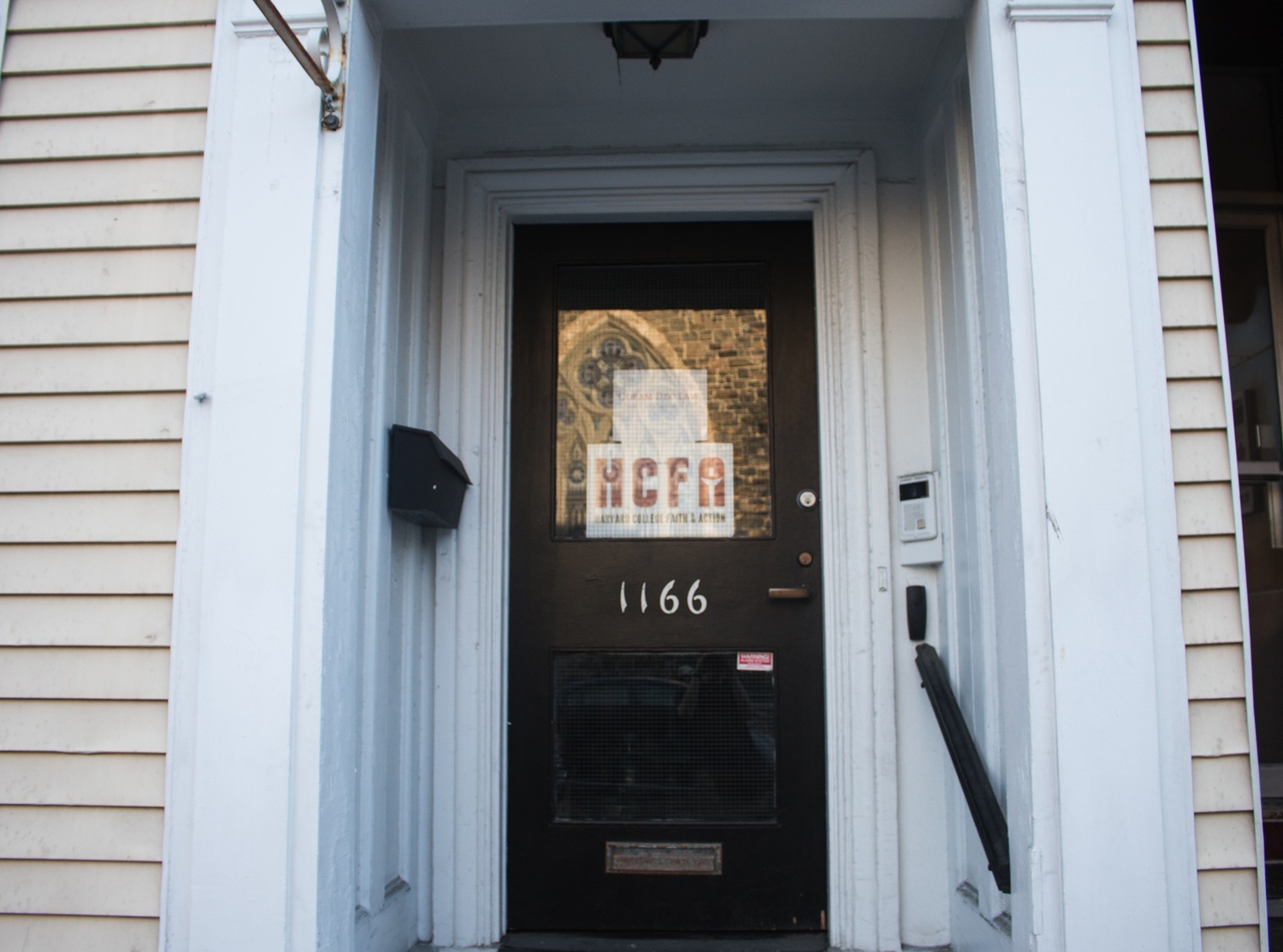 Harvard College Faith and Action will need to sever ties with parent group Christian Union in order to re-earn recognition from the College at the end of its year-long administrative probation, according to College spokesperson Rachael Dane.

The College placed HCFA—the largest Christian fellowship on campus—on a “one year administrative probation” last week. The Crimson reported Thursday that Harvard’s decision to punish HCFA was almost certainly linked to the organization’s move to oust a female member of the student leadership from her position in Sept. 2017 following her decision to date a woman.

Christian Union—a national organization that supports religious groups at all eight Ivy League schools and Stanford—currently provides HCFA with resources, funding, and ministry fellows to lead Bible courses; on its website, HCFA refers to Christian Union as its “parent ministry.”

Asked whether HCFA plans to end relations with Christian Union, HCFA co-presidents Scott Ely ’18 and Molly L. Richmond ’18 wrote in an email Sunday that they do not currently have an answer given the College has yet to clarify the terms of the group’s “probation.”

“Though we continue to consider how HCFA’s relationship with the College will evolve, we’re unable to say specifically how we plan to respond given that we have yet to receive any formal communication from the College regarding our status or the changes it might entail,” the co-presidents wrote.

Don Weiss, a ministry director at HCFA employed by Christian Union, did not directly respond when asked the same question. Instead, he wrote in an email that Christian Union staff have “deeply appreciated” the chance to serve as ministers to Harvard students for the past decade. HCFA formed in 2008.

The College placed HCFA on probation because the group had “conducted itself in a manner grossly inconsistent” with Harvard’s rules for recognized student groups, according to College spokesperson Aaron M. Goldman. Goldman added that, if the religious student group wishes to regain recognition in a year’s time, it must prove compliance with the Harvard’s “local governance” policies.

The Harvard College Student Handbook mandates that all recognized student groups maintain “local autonomy,” meaning they must make “all policy decisions” without obligation to any parent group, chapter, or charter.

Repeating past assertions, Ely and Richmond wrote in an email Sunday that Christian Union provides “pastoral care and spiritual counseling” to HCFA, but does not dictate the group’s policies.

“Harvard College Faith and Action is entirely autonomous from Christian Union. Our student leadership makes all decisions about HCFA, its people and its policies,” Ely and Richmond wrote. “HCFA was first approved by the Office of Student Life on that basis, and our governance structure has remained fully in the hands of undergraduates ever since.”

Weiss also asserted that HCFA is governed entirely by its student leaders.

“We have also been diligent to respect the autonomy of HCFA’s student leaders, as is required by Harvard for the group to be recognized as a student organization,” Weiss wrote.

Issues of local governance are not the only factor at play, however. College administrators also asserted HCFA must come into compliance with Harvard’s “nondiscrimination” policies in order to regain recognized status. These policies include the stipulation that recognized student groups cannot discriminate on the basis of “sexual orientation.”

Nonetheless, Ely and Richmond deny HCFA ever fell out of compliance with the College’s nondiscrimination standards.

The two wrote in a previous statement that they “reject any notion that we discriminate on the basis of sexual orientation.” Ely and Richmond attributed the Sept. 2017 dismissal of the student to an “irreconcilable theological disagreement.”

Asked to elaborate, Ely and Richmond specifically pointed to HCFA’s stance on extramarital sex. The co-presidents asserted the group believes those in leadership positions must remain celibate, adding HCFA applies this policy “regardless of sexual orientation.”

But the woman who was asked to step down wrote in an email to The Crimson Friday that she and her girlfriend had never engaged in “extramarital sex.” The woman spoke only on the condition of anonymity.

“We’ve been fairly open in our conversations within HCFA about our decision to not have sex until marriage since the beginning of our relationship,” the woman wrote in the email.