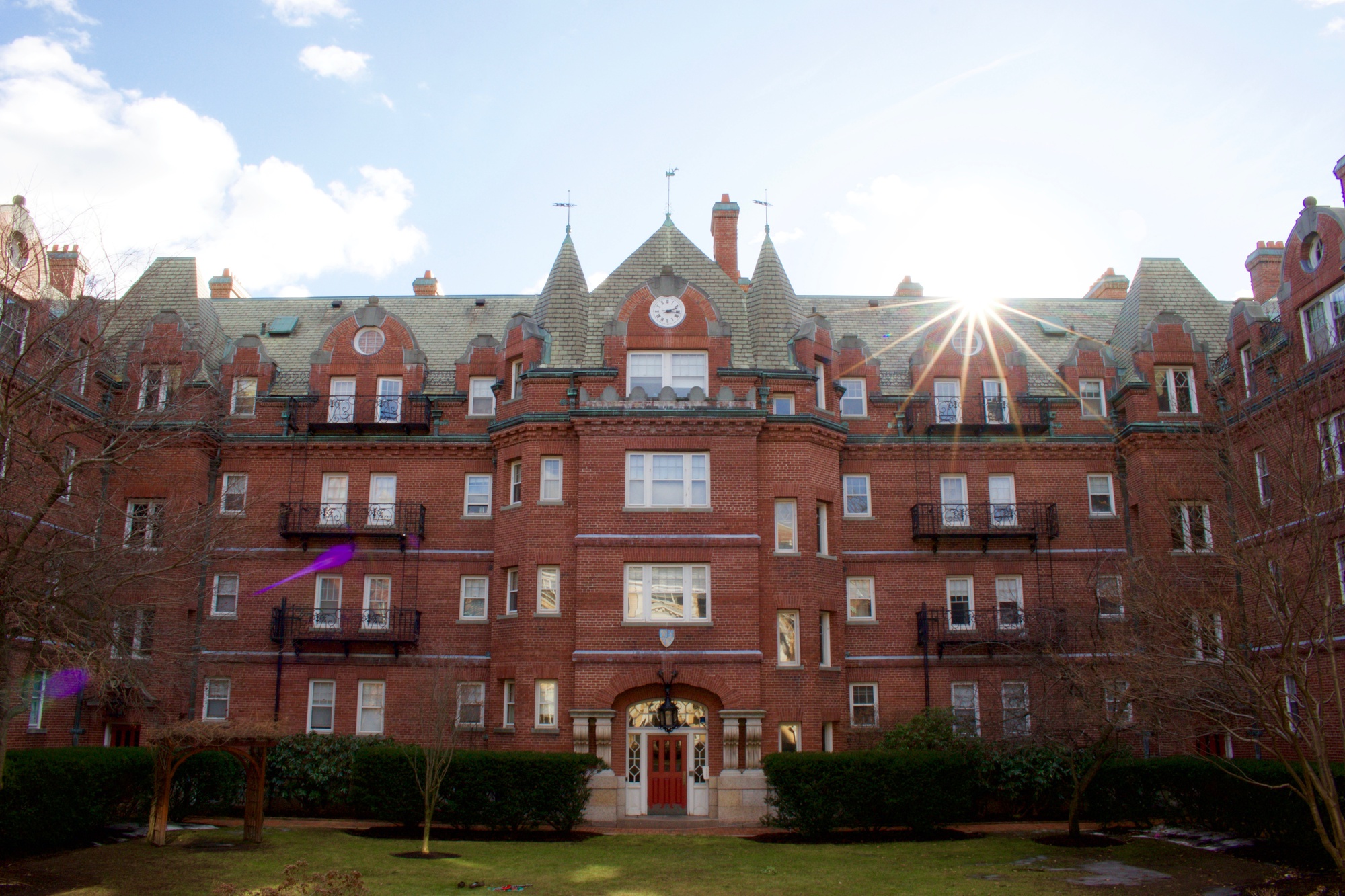 Randolph Courtyard of Adams House is sunny on Wednesday afternoon. By Amy Y. Li
With its gold-painted walls and weekly Steins—excuse us, Carpe—Adams House is a treat for any rising sophomore.
By Lorenzo F. Manuali

Adams—close to the Yard, and home to presidents and gold-painted walls. There’s a reason why people in Adams are a little bit happier about their House than the rest of campus. They seem a bit prouder, stand a bit taller, and brag a bit harder. Freshmen, if you get Adams, there can be no doubt you’ve won the Housing Lottery.

Adams “feels very fancy,” according to Adams House Committee co-chair Brady Stevens ’19. From walls painted in real gold to beautiful hallways and staircases, Adams House has style galore. Plus, with 70-year-old wrought-iron door knobs, Batman-style elevators, and a system of underground tunnels decorated by previous inhabitants, Adams has a sense of history that is unmatched by any other House.

Adams’s location is also prime. A River House, yet also a block or two away from Harvard Yard, Adams offers a sense of distance from class, but a quick walk so you can roll out of bed at 9:02 a.m. for your 9:00 a.m. class. 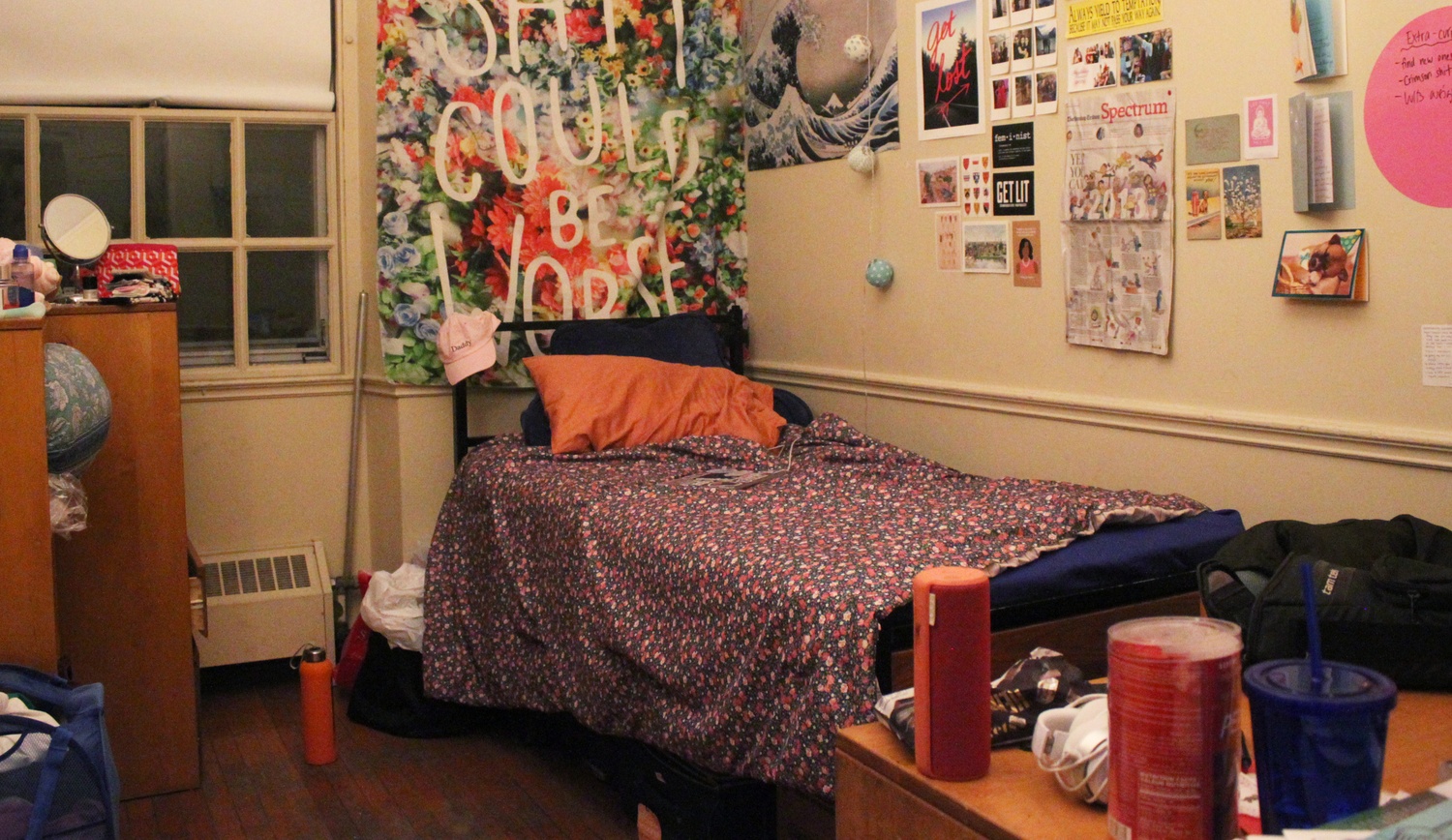 Housing for undergraduates is divided into four buildings: Claverly Hall, Randolph Hall, Russell Hall, and Westmorley Court. An additional building named Apthorp House serves as the residence for Faculty Deans John G. “Sean” Palfrey ’67 and Judith S. Palfrey ’67. Most incoming sophomores are placed into doubles or triples in Claverly or Randolph Hall. With large common rooms, high ceilings, and lots of light, these are some of the best rooms a sophomore at Harvard can hope for. Indeed, though she was in Westmorley her sophomore year, Adams HoCo co-chair Bailey Colfax ’19 had “a balcony [overlooking] Bow Street.” Note that, unlike the other Adams buildings, Claverly is not connected by the tunnel system.

In June 2019, when the Class of 2021 will be rising juniors, Adams is scheduled to undergo a complete renovation. While not everyone will need swing housing during the renovation due to the fact that Adams has several buildings, it’s inevitable that some people will be moved.

“I trust that Adams…will still hang together and keep it together. I’d rather be an Adams student in swing housing than anywhere else,” he said. “As long as there’s Carpe,” everything will be okay, he added.

Adams’s Faculty Deans are also asking for feedback on how to renovate Adams, but maintain its historical feel and significance. According to Stevens, the students are helping to decide “how to keep Adams, Adams.”

Perhaps the most famous event that is unique to Adams is Carpe Noctem. Unlike many Houses, Adams has its Stein weekly. Called Carpe Noctem (“seize the night” in Latin) or just Carpe for short, it consists of Adams residents getting together over pizza and Mike’s Hards, oftentimes with some music playing in the background. Stevens notes that “a lot of the time Faculty Deans will be there and you get to say hi to them. It’s great to get everybody together in one place.” 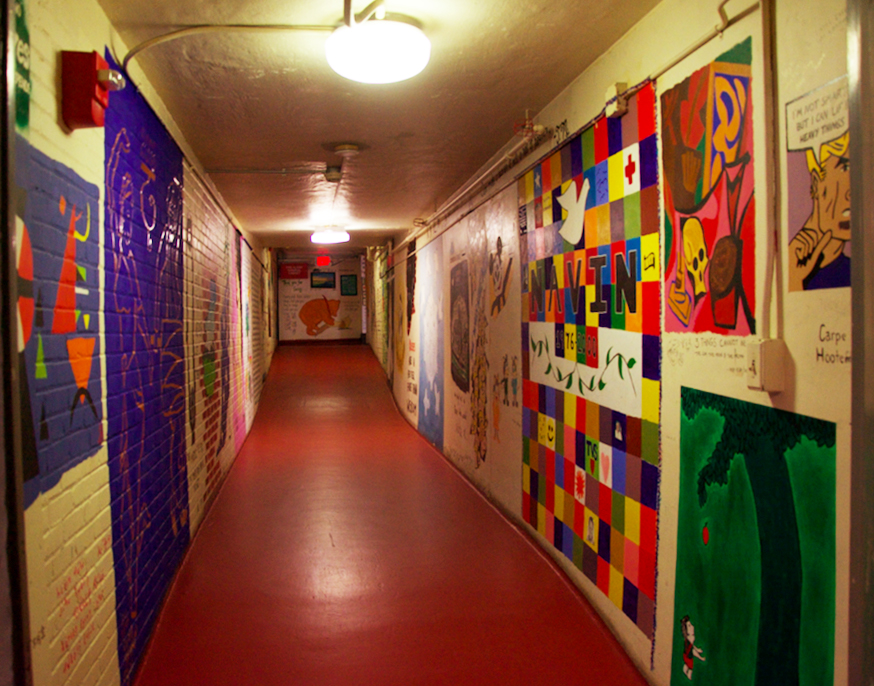 Besides chocolates and roses though, there are chocolate fountains, chocolate truffles, chocolates cakes, hot chocolate, and what we can only assume to be an immeasurable amount of chocolate solely for Colfax, whose smile turned into a creepy grin as she whispered, “everything chocolate.” Who wouldn’t want a HoCo this passionate, folks? 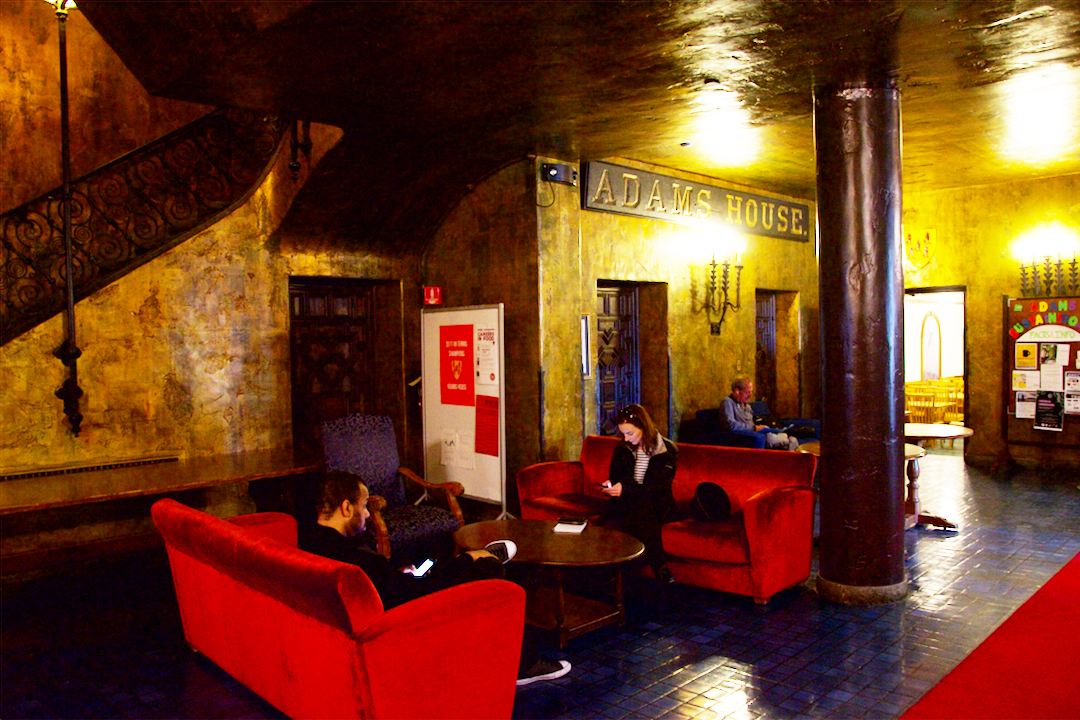 As for general House spirit, Adams is known for being quirky. Before housing selection was randomized, Adams was known for being the artsy, alternative House. Much of that vibe still lives on today and shows itself in events like Drag Night, and in the drawings scribbled in the Adams tunnels. Despite being a relatively large House, it manages to have a small House feel, with the community being very “close-knit,” according to Colfax.

We talked to the HoCo chairs to get the inside scoop on what Adams is really like:

What should freshmen know about Adams?

BS: Adams is the best House to get. Great housing. Warm, welcoming community. Pizza every Thursday.

BC: Look forward to a cigar and a rose and signing the Adams House book.

What are three words to describe Adams House?

BC and BS: Grand, unique, family.

What Hogwarts House is Adams?

BC and BS: Gryffindor. Between the colors and the pride, it’s obvious.

Which superheroes are your Faculty Deans?

BC and BS: Both are Professor X. 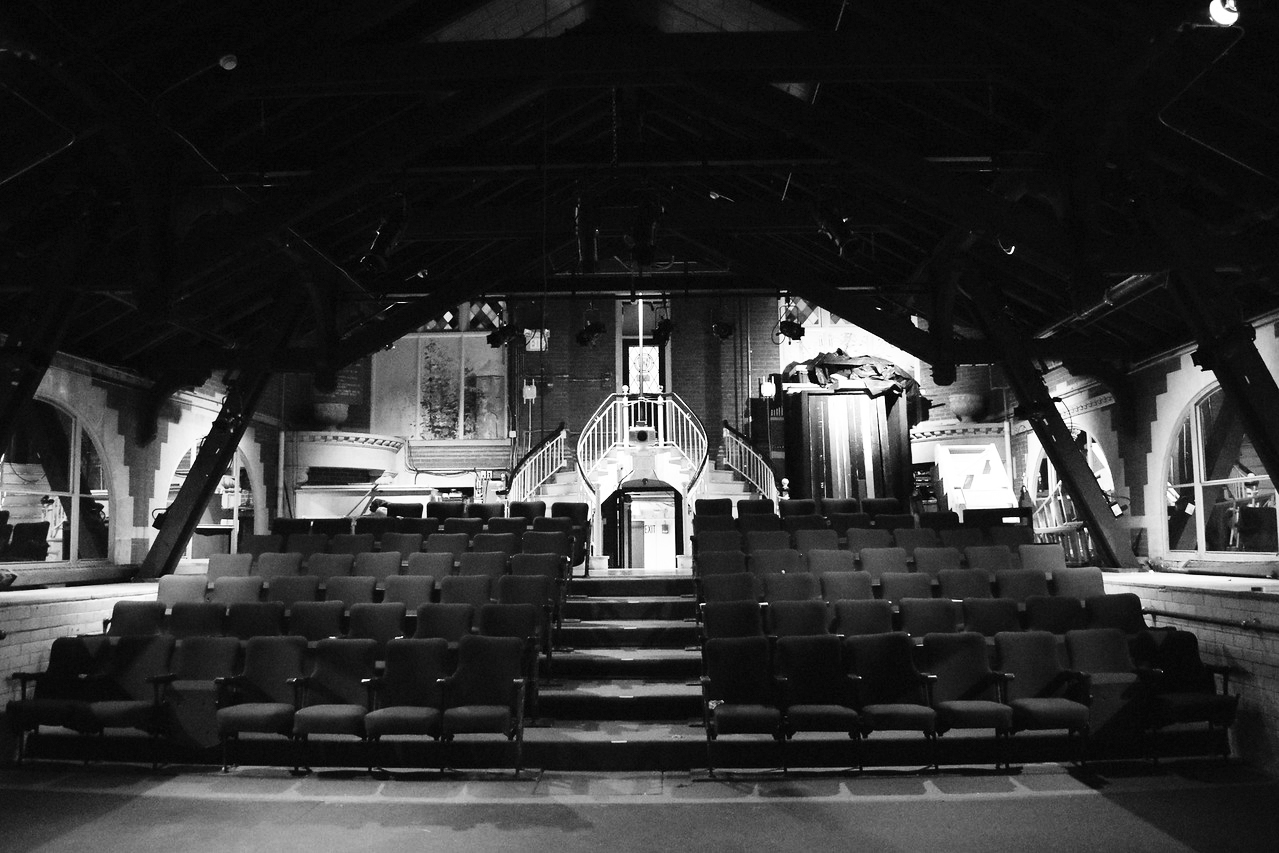