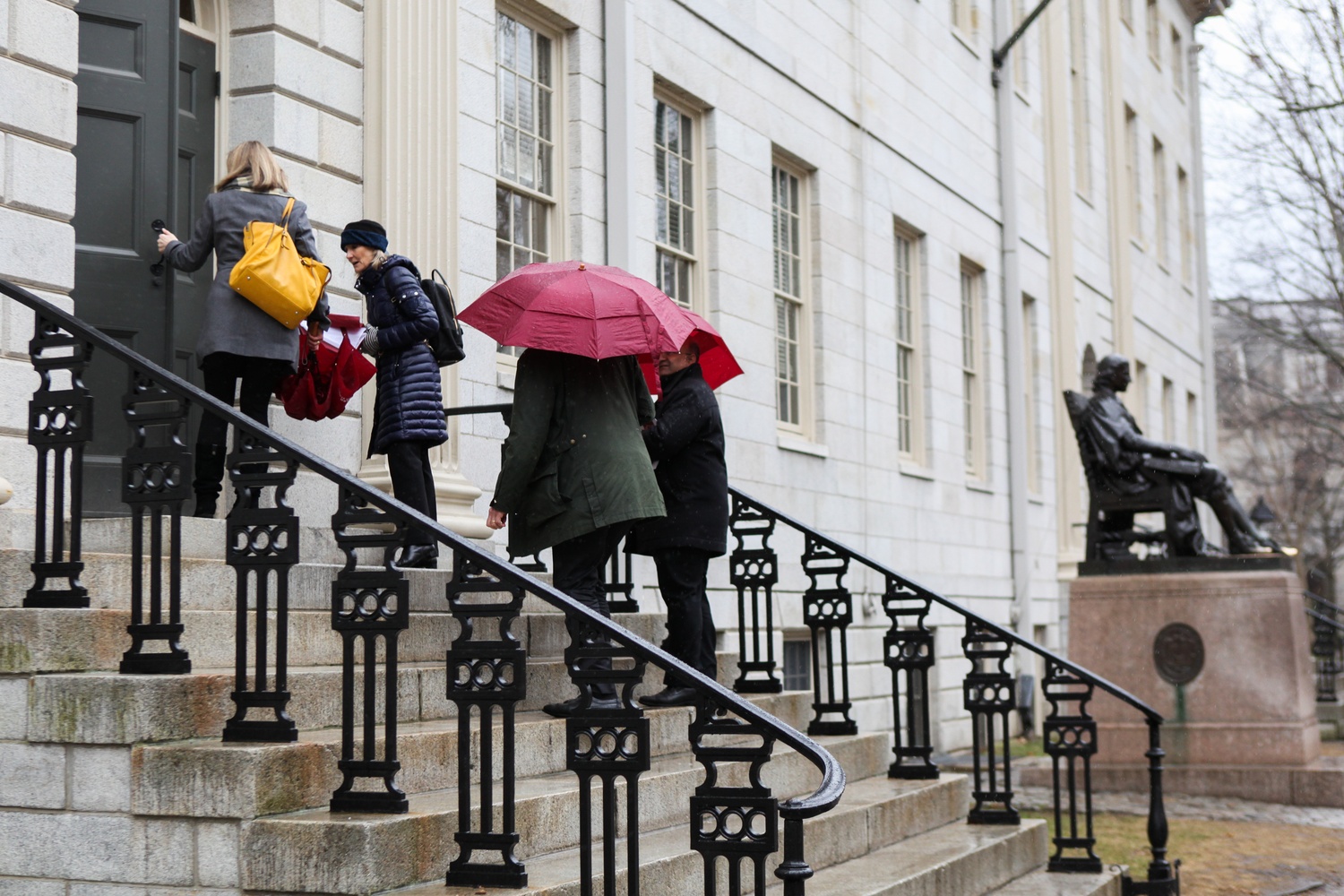 The changes, passed in May 2017, mandate that any professor whose public service commitments take up—or have the “undue potential” to take up—more than 20 percent of their “total professional effort” must take a maximum of two years unpaid leave. The policy also forbids service that could take the professor’s “primary professional loyalty” away from Harvard.

A faculty committee appointed by Smith in late 2016 proposed the changes to three Faculty steering bodies. After making some small adjustments in consultation with these three groups, members of the original committee presented the policy to Smith.

Smith approved the policy as written, according to Economics Professor James H. Stock, who served on the committee.

“Most of the cases that I think they have dealt with in the past have been mostly Americans looking to do U.S. public service,” Stein said. “We didn’t need much of a policy because the U.S. government would force you to go on leave.”

But Stock said it “became apparent” that Harvard professors engage in other kinds of public service—like working for foreign governments—that were not “really covered” by Harvard’s previous policy.

Stock and Stein said the committee formed to adjudicate these “complicated” cases.

Stein particularly pointed to the example of History Professor Sugata Bose, who was elected to serve in Indian Parliament starting in Sept. 2014. While Bose’s current parliamentary duties do not take him away from Harvard during the year, Stein said Smith worried that unforeseen circumstances could distract Bose from his duties in Cambridge going forward.

Bose’s specific situation in part led to the formation of the committee, Stein said.

“We were not questioning the idea that the leave could never be more than two years in any circumstance, because that’s a Corporation-level rule,” Stein said, referring to the Harvard Corporation, the University’s highest governing body. “[The question] was, within those parameters, when would you have to take leave to do public service as opposed to when could you do certain things while remaining on the faculty?”

Stein said the committee decided to use a “common law approach” to answer the question. This meant the committee sought to establish “high level principles” that Smith could apply according to his best judgment.

Stein said committee members took this approach because they wanted to acknowledge the committee itself could not anticipate “every contingency.”

History Department Chair Daniel L. Smail, however, said he is concerned this policy is too broad and will have far-reaching effects on professors’ abilities to work in the public sector.

Smail said he objected to the scope of the policy changes when the faculty committee first presented them to the Social Sciences steering committee in late 2016.

In arguing against the changes, Smail cited the experience of History Professor Nancy F. Cott, who served as a consultant and expert witness for the lawyers arguing against the Defense of Marriage Act, which was struck down in 2013. Cott performed these services while still working as a full-time Harvard professor.

Smail said he fears the new policy will deter professors from taking on the kind of project Cott undertook.

“She was a very important figure in terms of turning the national wheel toward allowing same-sex marriage,” Smail said. “[But] it was a huge commitment that probably exceeded 20 percent of her time.”

“I worry: is it possible that someone under this policy might look at the kinds of things Nancy Cott was doing and say no, that exceeds this undue commitment, this 20 percent?” Smail asked.

More broadly, Smail argued that—unlike private, for-profit consulting, which he agrees should be restricted—public service could never be in conflict with a professor's mission at or loyalty to Harvard.

“There’s some [public service] jobs you could have where even if they don’t necessarily have a lot of hours, you could imagine a situation where if there was a conflict, you’d be pulled towards that rather than towards your teaching or your research or your students,” Stein said.