‘Out of Orbit’ is a Starry-Eyed, Dreamy Dance Through the Galaxy 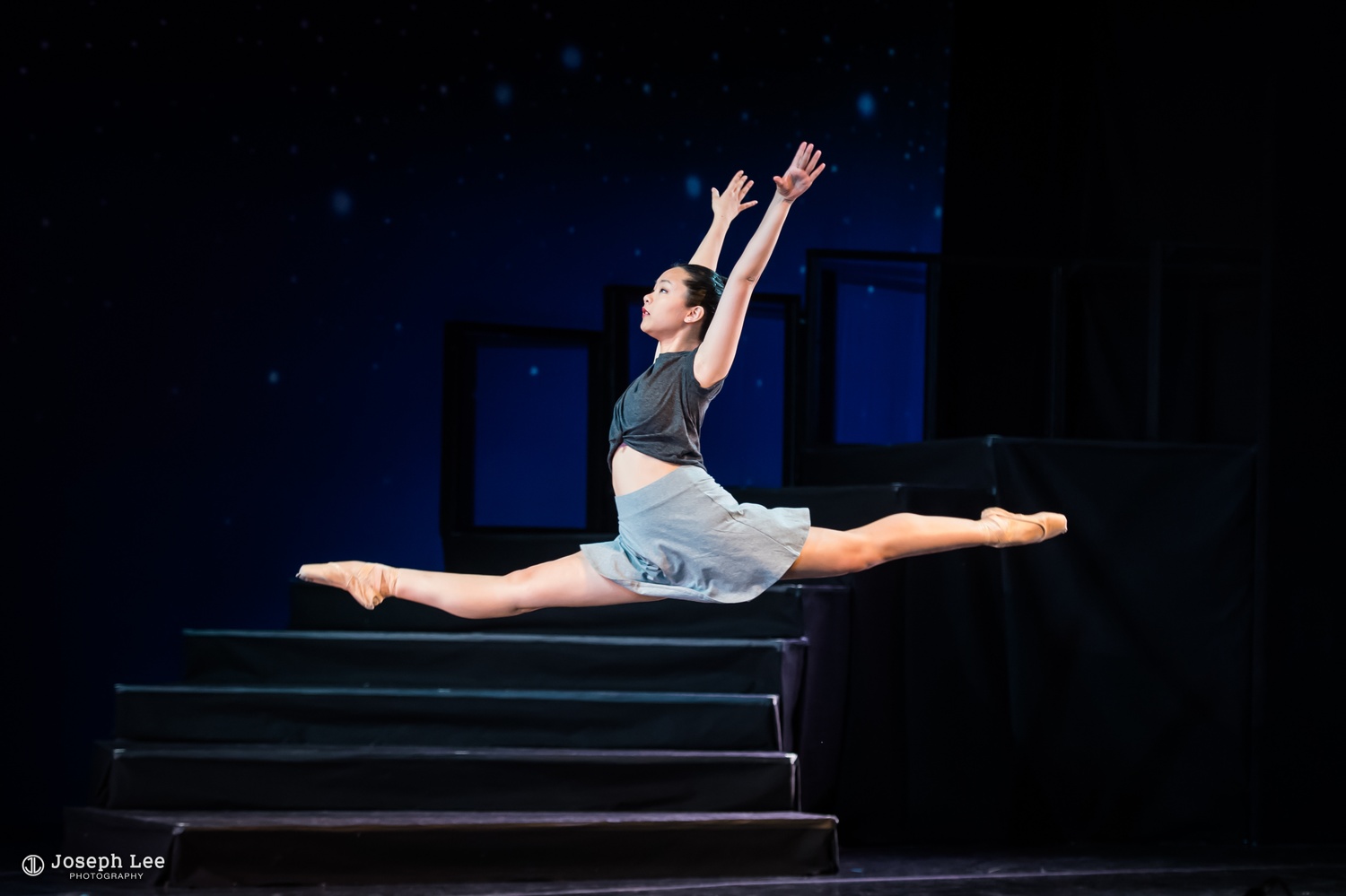 Isabel Wu '20 in Out By Courtesy of Joseph Lee
By Iris M. Lewis, Crimson Staff Writer

“Out of Orbit,” a space-themed collaboration between the Harvard Ballet Company and the Harvard Pops Orchestra, claims to go where no space-ballet has gone before. Its ambition is astronomical, its (nep)tunes are stellar, and HBC’s gravity never eclipses Pops’ lightness. The show’s dancers and musicians are truly stars.

“Out of Orbit,” playing until April 7, marks an exciting collaboration between two prominent Harvard arts groups. In the show’s program, HBC co-directors Anna K. Antongiorgi ’19 and Mara G. Milner ’20 write, “Out of Orbit not only champions interdisciplinary work, it attempts to investigate a culture fascinated with the world beyond Earth.” It’s an ambitious astronomical investigation—and the groups pull it off with sparkly silver costumes and a whole lot of “Star Wars.” The result is a show that references the intergalactical while retaining a personal touch.

Unlike most smaller Harvard-affiliated performances, “Out of Orbit” is staged in the spacious Loeb Mainstage at the American Repertory Theater. The show makes use of its extra room with a simple, soothing set, and plenty of twinkling lights—the grayscale palette lets the artists define “space” however each song requires. Sometimes the backdrop reads as ethereal, while in other pieces it gains a spaceship vibe or a mechanical feel. To the designers’ credit, the set encompasses each mood with grace.

The performance itself involves exactly as much John Williams as a sci-fi fan might hope. The score of “Star Wars” isn’t a natural candidate to serve as the backdrop for a ballet, but “Out of Orbit” makes it work—five out of the 11 songs performed come straight from the movie franchise. Admittedly, John Williams’ deep love of the brass section can be rough on small orchestras (for reference, see the “Indiana Jones” or “Superman” themes), which Pops was not immune to in their Saturday show: At times, enthusiastic offbeats from the string section overpowered the brass’s melody. Regardless, the “Star Wars” motif is an engaging one—the songs are lively and fun, and they make for interesting balletic choreography.

“Out of Orbit” boasts an interesting variety of choreography styles. While all of the pieces are successful, a few stood out: “The Sandpaper Ballet & Blue Tango” is charmingly upbeat, while “Star Wars”’ “The Imperial March” conveys an eerie but fitting sense of violence. “Clair de Lune” is intriguingly angular. The big-cast opening and finale both have an infectious air of excitement.

Pops, however, shines brightest in slightly different areas. Pianist Forrest Flesher is near-virtuosic in Gershwin’s “Rhapsody in Blue.” The entire ensemble comes together cleanly during the first “Jupiter” portion of a medley of Holst’s “The Planets.” While “Out of Orbit” is HBC’s main spring performance, the Pops are presenting a similar array of space-themed songs in April 15’s “Pops Spaces Out.” It makes sense, then, that their focus may have been channelled in slightly different directions.

According to the “Out of Orbit” program, Pops’ spring show will also feature David Bowie’s “Space Oddity”—which, quite honestly, answers a question I had throughout the program. Why did “Out of Orbit” use Elton John’s “Rocket Man” and not “Space Oddity,” or even R.E.M.’s “Man on the Moon”? Why choose “Also sprach Zarathustra,” from “2001: A Space Odyssey,” and not “The Blue Danube” from the same movie? “Out of Orbit” presents an interesting puzzle of orchestration. There are so many song options, so many different ways that space is featured in our cultural psyche—and so little time to portray them all.

The overwhelming amount of possible content, however, only emphasizes what a good theme “space” is for an orchestra and dance production. “Out of Orbit” offers a well-curated sample of its possible artistic choices: The show feels at times robotic and at times sentimental, occasionally violent and often dreamy. Both the dancers and the musicians bring an incredible diversity and enthusiasm to each piece. No matter the mood, “Out of Orbit” shoots for the stars—and more often than not, it lands there.

—Staff Writer Iris M. Lewis can be reached at iris.lewis@thecrimson.com