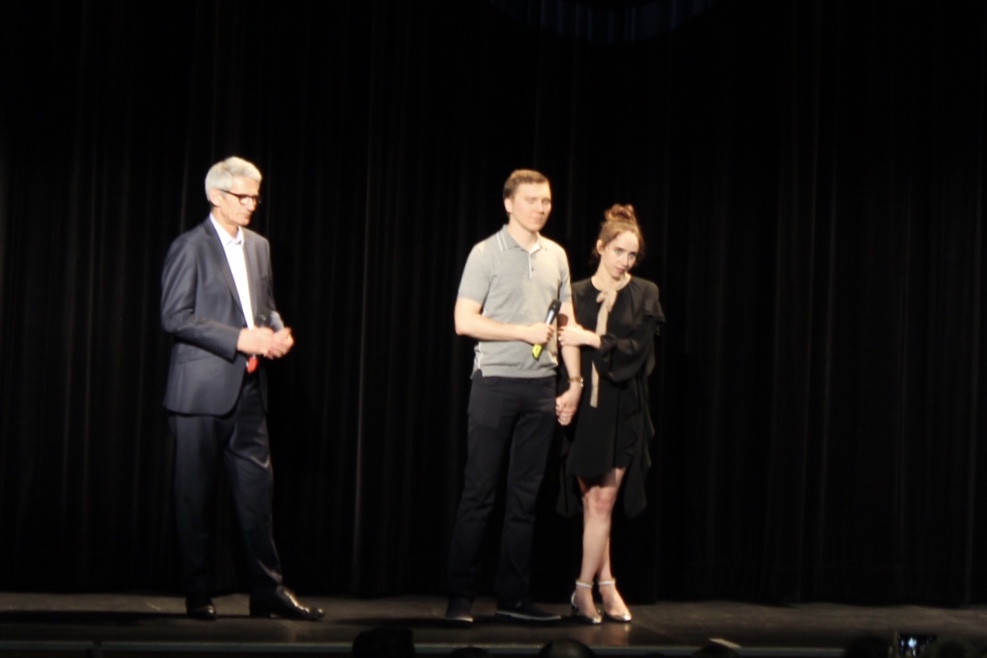 It’s 1960 in Montana. Jerry (Jake Gyllenhaal) and Jeanette Brinson (Carey Mulligan) lead a stiflingly normal life in American suburbia. They’re both infuriatingly self-centered: Jerry behaves like a petulant child, while Jeanette overcompensates for his immaturity by doggedly trying to reinvent herself, first as a YMCA swim instructor, then as the mistress of Warren Miller (Bill Camp), a recently-divorced car salesman whose visible leering is enough to make anyone squirm. Jerry and Jeanette’s toxic bickering comes at the expense of their terrified teenage son, Joe (Ed Oxenbould), who spends the majority of film heavily breathing or sprinting away on the verge of an anxiety attack.

After Jerry abandons his family to fight forest fires raging in the mountain ranges of Montana, Jeanette pulls Joe along on her adventures, each a more traumatizing ordeal than the last—and one begins to wonder how far the Brinsons’ turmoil can go before it catches flame and destroys everything in its wake. The opening film in the Critics’ Week at Cannes, Paul Dano’s directorial debut elegantly and powerfully portrays a nuclear family unit in all its complexity, imbuing each character with nuance. “Wildlife” situates itself at the intersection of suburbia and fears of conformity, the peak of American Dream disillusionment and loss of faith. It is an intimate look at what happens when dreams fail and conventions collapse.

Co-written by Dano and Zoe Kazan and based on the 1990 novel by Richard Ford of the same name, “Wildlife” features dialogue that feels proverbial, the kind of timeless language that would not feel out of place in a classic literary work, yet still feels accessible and relevant enough to mean something. “I feel like I need to wake up,” says Jeanette in one scene, “but I don’t know what from, or to.” In another film, her confession could be mawkish, or pretentious, but in “Wildlife,” it is neither, becoming a tender moment of vulnerability from mother to son.

It helps, too, that Dano and Kazan’s lines are uttered beautifully in the hands of the right actors. Carey Mulligan delivers a forceful performance as Jeannette, adeptly crafting a rounded picture of a woman who refuses to allow her failing marriage to stunt her personal growth as she resiliently bounces from job to job, her cheerful smile slicked on her face like a robotic mask; as she enumerates her various qualifications (she can type! answer calls! take notes!), even in the face of rejection after rejection. But Mulligan’s depth of performance is put to the test as Jeannette becomes more and more unstable, seeking different—and unhealthier—outlets for self-fulfillment. Jeannette is a blatantly bad mother, but a fascinating character sketch in the era of Feminine Mystique—a little bit Daisy Buchanan, a little bit April Wheeler, in her last-ditch attempts to become a fully self-actualized person after years of withering in ’50s housewife boredom.

Mulligan and Gyllenhaal play off of each other brilliantly, knowing when to aggress and when to seethe quietly. Gyllenhaal, who has limited screen-time, also commands attention when his character gets it. His masterful control of expression and volume shape a fragile picture of masculinity. And the storm of familial chaos that they create leaves Joe in its wake, whose sense of filial duty and intense inner agitation is played adroitly by a perennially uncomfortable Ed Oxenbould.

Everything about “Wildlife” ought to be unoriginal—after all, it’s a classic tableau of suburban discontent, “Death of a Salesman” meets Betty Friedan meets “Revolutionary Road”—and yet, it is remarkably fresh. Kazan and Dano’s script, as well as Dano’s keen eye for personal trauma, hones in on what makes these people human, even in their least human moments. The tragedy is in both parents’ unyielding subscription to the American Dream, no matter how many times it disappoints them—and in the ensuing role reversal, in which Joe takes on adult responsibilities to compensate for their parental neglect. “I’m too well-liked. They don’t want small people like us to get ahead,” Jerry tells Joe after he is fired from his job, almost directly echoing lines from Arthur Miller’s seminal play. And later, Jeanette tells Joe, “Some people will float to the top. It’s a happy ending for the right people.”

Who, exactly, are “the right people”? Certainly not the Brinsons, for whom life implodes again and again, an ongoing destruction that each deals with in their own, ill-advised way. It’s not enough to run away, like Jerry, or to try to find oneself, like Jeannette, or try to hold it all together, like Joe. The only thing left is to let nature run its course.