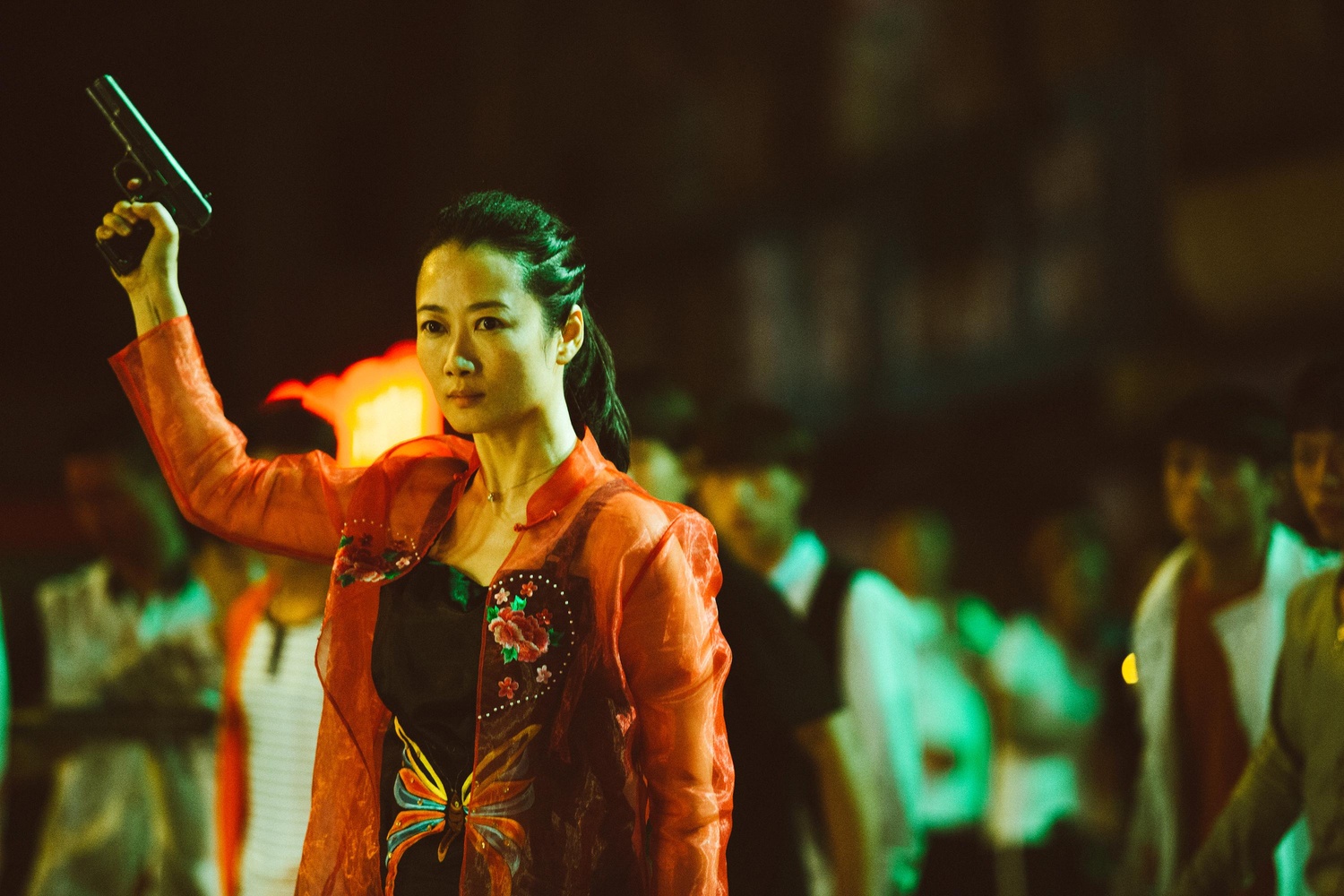 “How much love can be repeated? How many people are worth waiting for?” croons an amateur singer, words that echo throughout Jia Zhangke’s “Ash Is the Purest White.” As it turns out, not that many—if any at all—at least for Qiao (Zhao Tao). Qiao is in love with Bin (Liao Fan), a mobster, a “jianghu,” a person for whom “it’s killed or be killed,” as Bin describes. He’s right, of course: On a night out with Qiao, Bin is nearly beaten to death by a gang of men before Qiao scares them off with her gun—or rather, the illegal gun Bin gave her. When Qiao gets arrested and refuses to turn in her love, she gets sentenced to five years in prison to his one year, after which she returns to find Bin hoping to pick up where they left off. What follows is a decades-long saga of a love lost and maybe never found in Zhangke’s latest chef d’oeuvre.

The director’s eighth feature film, the fifth to screen in competition at Cannes, “Ash Is Purest White” is a testament to Zhangke’s mastery of cinematic artistry. His experience pays off: The film is a visual goldmine of expert use of camera work, of shot composition, of sound, and most crucially, of color saturation and pigmentation. Ash may be purest white, but it is color that reigns in the film; in the pink of Qiao’s jacket, a rosy fluorescent that evokes her younger self before she too becomes a “jianghu;” in the blue of her prison uniform, a motif that comes back to stifle her on a train ride back home; in the dead, pale yellow of her blouse as she persistently, hopelessly tries to locate Bin upon her release; in the black of her hard-earned, expensive clothes, years later. The film is a kaleidoscope of color, hues tinted just the right shade and lights lit just bright enough to bathe the characters in the perfect glow. The colors speak more than the characters do, diffusing an ambiance that pervades throughout the ethereal film.

Indeed, as Qiao says to Bin, “Jianghu people like you never speak plainly,” or even at all, but the characters never need to with a talented cast like this one. Zhao and Liao emote powerfully with their faces, their eyes doing all the talking in even the tensest moments. In the hotel room Qiao finally manages to drag Bin out to when he refuses to answer any of her calls, Qiao and Bin say more to each other without making eye contact in the emotional climax of the film than they do in any other scene. Qiao sits on a bed on the left side of the room, her face pointed past Bin’s as her eyes glaze over looking into the distance. Bin is on the right side, his face resolute as he stares indifferently away from Qiao, too cowardly to look at her when he breaks her heart after her five years of loyalty to him. “This hand saved my life,” he tries to placate her, reaching out to hold her left-handed. “I’m not left-handed,” Qiao corrects, moving his hand to her right. “I shot the gun with my right hand.” The ensuing silence resonates louder than any gunshot ever could.

The two actors play beautifully off each other throughout the film, Zhao playing the despondent but resilient and ambitious Qiao to Liao’s more cold and distant Bin, but it is Zhao who rises as the film’s clear star. Her character’s transformation—from the faithful, loyal girl just wanting to buy her father a home, to the petty criminal who embodies the “jianghu” lifestyle she previously refused to adopt, and finally to the dominant woman who builds herself the empire Bin couldn’t hold on to—is one that could only be successfully performed by a masterful actress, which Zhao clearly proves herself to be. Zhangke must have had it easy directing Zhao—after all, it’s their eighth collaboration as a director-actress duo, and the two have been married since 2012. But no one can take away from Zhao’s acting. She towers over Bin’s rival gang members when they finally stop beating him, fearful of the power she holds as the smoke trails out of her gun’s barrel. She beats the woman who stole her money, after first beating the men harassing her, then cajoles a man into giving her stacks of cash. And in a scene towards the end of the film where Bin asks Qiao why she hasn’t married, Qiao remains silent, her answer implied in the stony expression on her face. The answer is sitting right next to her, but you can’t help but sit with in confusion as she grapples with her lingering love for the man who betrayed her.

In an attempt to put the past behind them, Bin makes one request of Qiao: “Let’s jump over a flame and chase away the bad luck.” They do, but the bad luck doesn’t really seem to go away for that long. All Qiao can do is hope that the grass will be greener on the other side—or in this case, that the ash will be whiter.