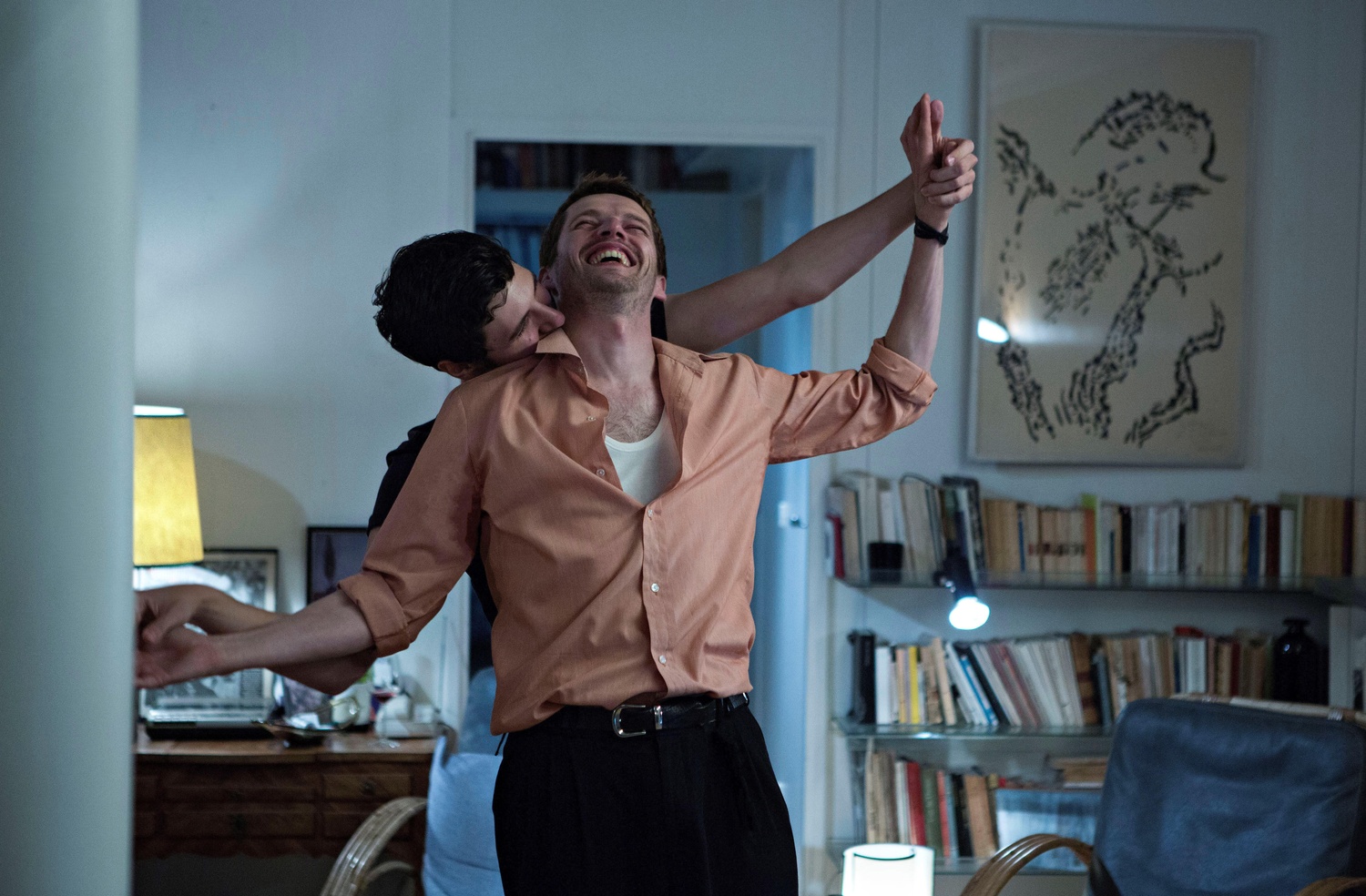 “Where’ll we be in 10 years?” Arthur asks his roommate. They’re standing in their darkened apartment in Bretagne, 1993. “I’ll be teaching at vocational high school,” his roommate replies pragmatically. “As for you, I don’t know.” There’s a pause, and then he concludes, “We’ll be nothing.”

That existential dread lingers in the margins of “Plaire, Aimer, et Courir Vite” (“Sorry Angel”), director Christophe Honoré’s queer love story, which premiered In Competition at the Cannes Film Festival. When writer Jacques Tondelli (Pierre Deladonchamps) walks into a movie theater on a break from a work engagement in Rennes, he meets Arthur (Vincent Lacoste), a charismatic 22-year-old figuring out his own identity. Their chemistry is immediate, their sparks flying. However, extenuating circumstances intervene: Arthur has an on-again, off-again relationship with his girlfriend, Nadine (Adèle Wismes), while Jacques is held emotionally responsible for not only a son, Loulou, but also an ex-boyfriend, Marco, who is succumbing to complications resulting from AIDS. Arthur and Jacques must learn to negotiate the terms of their love story, despite their circumstances and the limits on their time together.

Though at times self-indulgent and a bit pedantic, “Sorry Angel” manages to elude the pitfall of getting shelved into any one genre. It’s a love story and a bildungsroman, an AIDS tragedy that is still occasionally comical. Honoré’s delicate yet frank directorial eye traces over the nuances of what it meant to be a gay man in Paris in the wake of the AIDS epidemic, examining the thrill of new love when tempered with the threat of mortality.

The relationship between Jacques and Arthur is romantic, but also instructive: Arthur’s youth opposes 39-year-old Jacques’s jaded cynicism, while Jacques’s comparative years of experience and his time as a writer have given him experiences bad and good, which prove educational to naïve Arthur. The former is experienced compared to the latter, and Jacques has rules for everything, even a taxonomy of “four types of blonds”: The Maxim’s (ideal at first sight), the Whitman (a common bed-hopper), the Vondelpark (“a ’70s Nordic type, slightly corrupt, impassive air”), and the Wrong Blond (a reference to a W.H. Auden anecdote, in which Auden falls in love with Brooklyn student Walter Miller, but accidentally has a rendezvous with the wrong man). If these references are any indication of the cultural capital being traded in “Sorry Angel”—and they are—then it’s clear that the film indulges in its own intellectual impulses, sometimes almost to the point of pretension.

Yet innocent joy, the kind that comes with first loves, coexists alongside self-indulgence. Though Jacques and Arthur occupy the film’s central focus, Honoré does not neglect to turn his camera toward side characters, one of whom regularly steals the spotlight. Mathieu (Denis Podalyès), Jacques’s downstairs neighbor, forms the third point of Jacques and Arthur’s triumvirate—an older gay man whose gruff exterior belies an affectionate, amicable side, willing to tango-dance a choreographed routine with Arthur and lend Jacques his car in the middle of the night so he can visit Arthur in Rennes (even with a male escort waiting in bed!). Mathieu is the necessary anchor, tethering Jacques to reality while also giving him a safe place to land.

Honoré overlays the rest of the film with similarly tender moments, which are endearing, but cut with a painful edge of impending sorrow. The first night of the lovers’ introduction includes a series of confessional self-revelations to each other, despite their relative anonymity. “I’m a man who thinks he’s a boy,” Jacques introduces himself wryly, while Arthur earnestly says, “I’m too young to remember who I am.” There’s a particular tragedy in the abhorrent truth that the two men cross paths at inconvenient, or at least mismatching, points in their lives: While Arthur, who is only just discovering his sexuality, will have years to live, Jacques is counting the days until his illness worsens, the precariousness of his health and the hint of mortality looming like a sword of Damocles over their affair. Arthur gets to ask, “Where’ll we be in 10 years?” Jacques must contend with the reality of not having that time.

Occasionally, “Sorry Angel” toes the line between sweet and saccharine, between sob-worthy and sob-story—but by its final, heart-rending scene, Honoré has made the film’s artistic mission clear. Jacques and Arthur are two lovers, wrenched apart by time, anticipatorily star-crossed. It’s love with an expiration date—and that’s the truest tragedy of all.