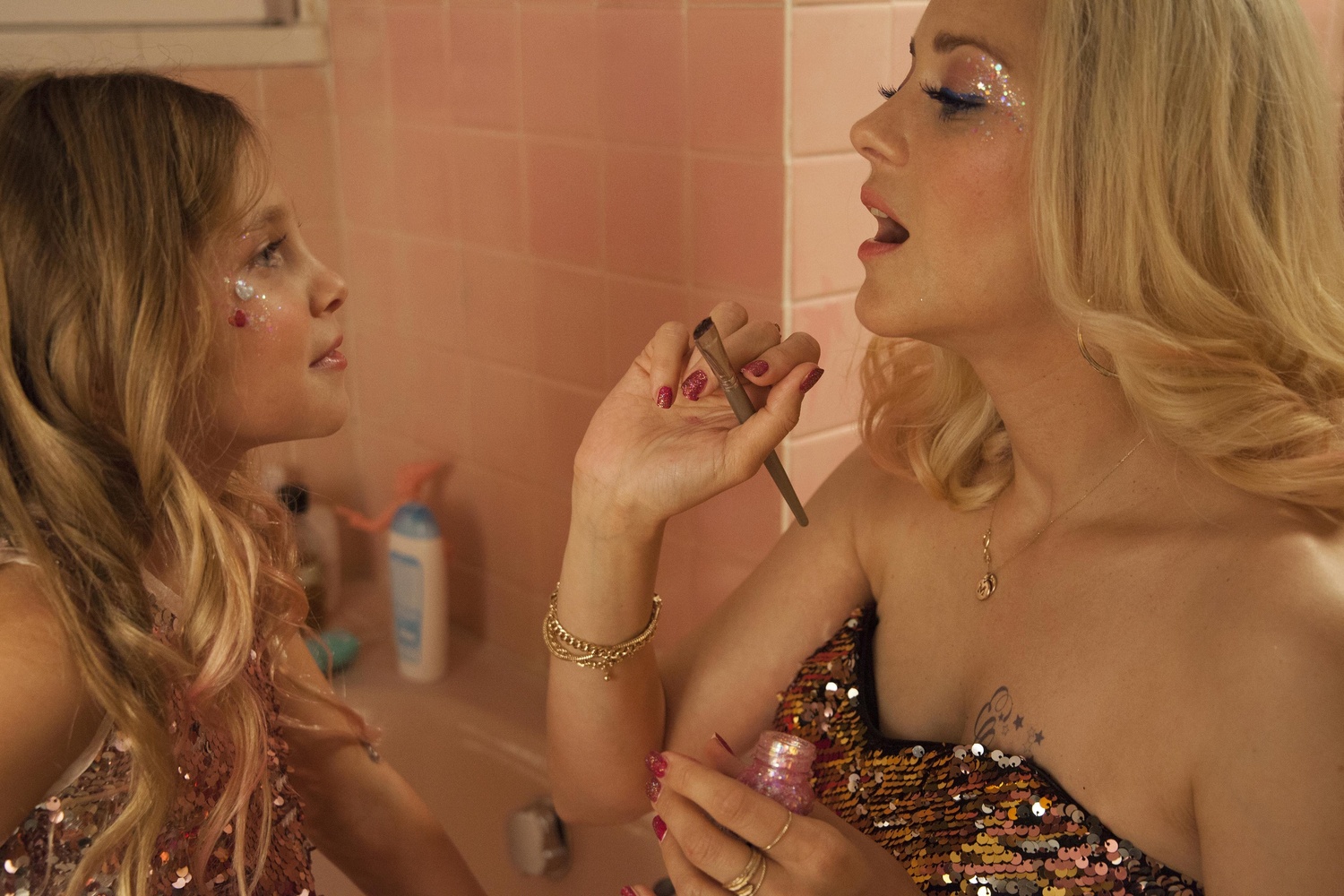 In an apartment by the beach, young Elli (Ayline Aksoy-Etaix) lives with her alcoholic mother, Marlene (Marion Cotillard). Elli is precocious and wise beyond her years, but still no older than 10, far too young to play caretaker to her adult mother, whose immaturity and impulsivity effectively renders her a teenage girl, no matter how many times she promises to clean up her act. After another self-destructive bender on a night out (where she shockingly brings Elli), Marlene abandons Elli for a man she just met, leaving her daughter to fend for herself for days, perhaps weeks. During her newfound independence, Elli finds a proxy for parenthood in Julio (Alban Lenoir), the mysterious former cliff diver whose elusive father lives in the apartment next door. In her Cannes debut, French director Vanessa Filho trains a keen eye on the ways girlhood intuitively shapes itself in the image of the mother, no matter how destructive she might be.

Cotillard’s Marlene is not a villain, but a crassly inadequate mother, occupying a space too glittery and too bright to safely be a home to any child—which Filho filmically renders with fractals of light on prismatic glitter and fractured funhouse mirror reflections, images too broken to be whole. Marlene treats Elli less like her daughter and more like an adult friend, or more accurately, like an extension of herself—binge-drinking in front of her, making her over in garish neon lipstick and glittery eye shadow. It’s fun playing dress-up, until it isn’t: “This one’s cute, right?” Marlene says girlishly of the man she is about to go home with, before she puts Elli in a taxi home alone. The sequence of Elli watching her mother flirt through the back window as the taxi leaves the curb is one of the saddest and most heart-rending scenes in the film.

Yet despite her mother’s carelessness and irresponsibility, it’s from observing Marlene that Elli learns about the rites of womanhood, even in a distorted way, which manifests in her disturbing imitation of them during Marlene’s absence—tottering around in Marlene’s oversized heels, haphazardly smearing on neon lipstick, even trying hard liquor on multiple occasions. The image of Elli, nursing a glass of white wine and watching the sunset over her balcony is particularly horrifying, not only because she is alone, or that she is drinking prematurely, but because she is terrifyingly beginning to resemble her mother more and more.

And it’s not only her mother who mistreats Elli. Filho paints a cruelly accurate picture of schoolyard bullying, as the kids at school, who recognize the effects of Elli’s parental neglect as otherness, are quick to attack: “Too much makeup,” one whispers audibly. “She looks like a cougar… A weird clown girl in clown makeup.” Later, they chant in the playground, “Elli, you lose! You stink of booze!”

All this to say, Elli is love-starved in the most pitiful way, clinging onto the nearest person whose presence feels more like care than neglect out of fear that they will leave her. “My mother’s dead,” she whispers conspiratorially to a classmate. “Don’t tell anyone. They throw away kids who are alone.” Until Julio, the men in Elli’s life are either entirely absent, like her father, or abusive, like the boys on the street who hurl lewd epithets about her mother at her as she passes by. One of her male classmates even engages in a micro-prostitute-like exchange, pressing a coin into her hand after she gives him a kiss and a hug in a bathroom stall. It’s cute, in a pathetic kid way, but also emblematic of the toxic notions of sexuality that Elli inherits from her mother.

By comparison, Julio is a prince charming Daddy Warbucks straight out of a fairy tale, who appears across the hallway as if conjured by karmic magic—even a little too perfect, perhaps more transparently a screenwriter’s creation than a full-fledged character. It’s no surprise that Elli instantly recognizes him as a person to trust—so it is all the more heartbreaking when he cannot reciprocate her familial love. “You shouldn’t be here,” he says sternly, when he finds Elli in his trailer home. “I’m not your father. Do you understand?” (In stubborn retaliation, Elli smashes one of his glasses on the floor.) Later, when three schoolboys approach Elli and Julio at an ice cream shop, they taunt her by asking if he’s her father. Elli’s defiant response (“Yeah, he’s my dad”) draws skepticism from the boys, whom Julio scares off. But when Julio turns to her and says, not unkindly, “Elli, why do you lie?” Elli’s shame is palpable: “Sorry,” she mutters, looking away, “sorry.”

As a character, Elli might be merely pitiable, or merely troubled, if not for a breakout performance by young Ayline Aksoy-Etaix. With her wide-eyed stare, Aksoy-Etaix lends a powerful emotional credence to Elli’s resilience, humanizing even the worst of her frustration and tantrums. As expected, Oscar-winning Marion Cotillard is fantastic, if occasionally over-acting the part, and Alban Lenoir gives Julio all the right moves to be Elli’s paternal knight in shining armor. But one gets the feeling that Elli barely needs the backstory or the supporting cast to have her own, compelling adventures. Even at her most upsetting points, she’s fantastic all on her own.