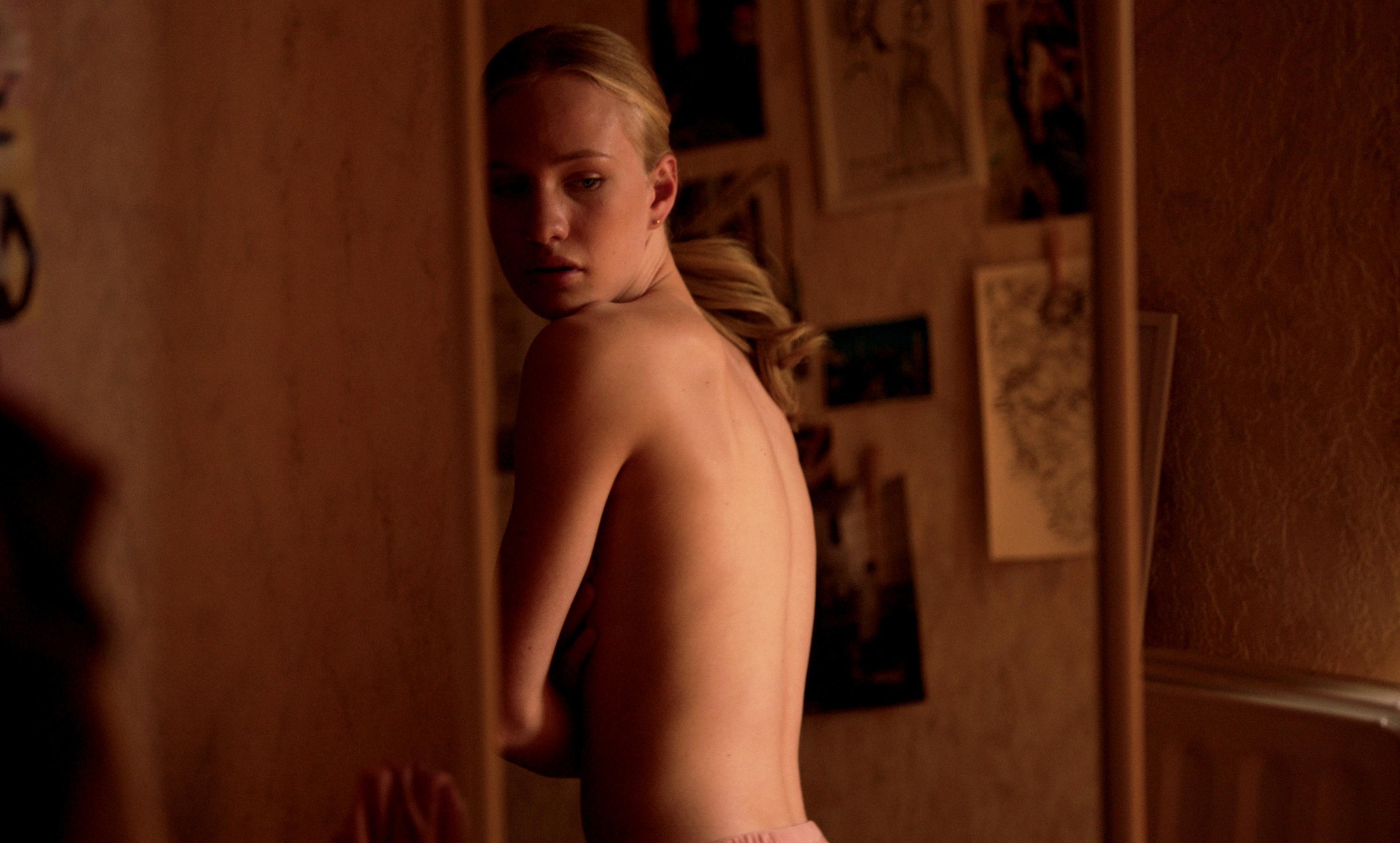 Victor Polster stars in "Girl," directed by Lucas Dhont, which premiered at the Cannes Film Festival in 2018.
By Caroline A. Tsai, Crimson Staff Writer 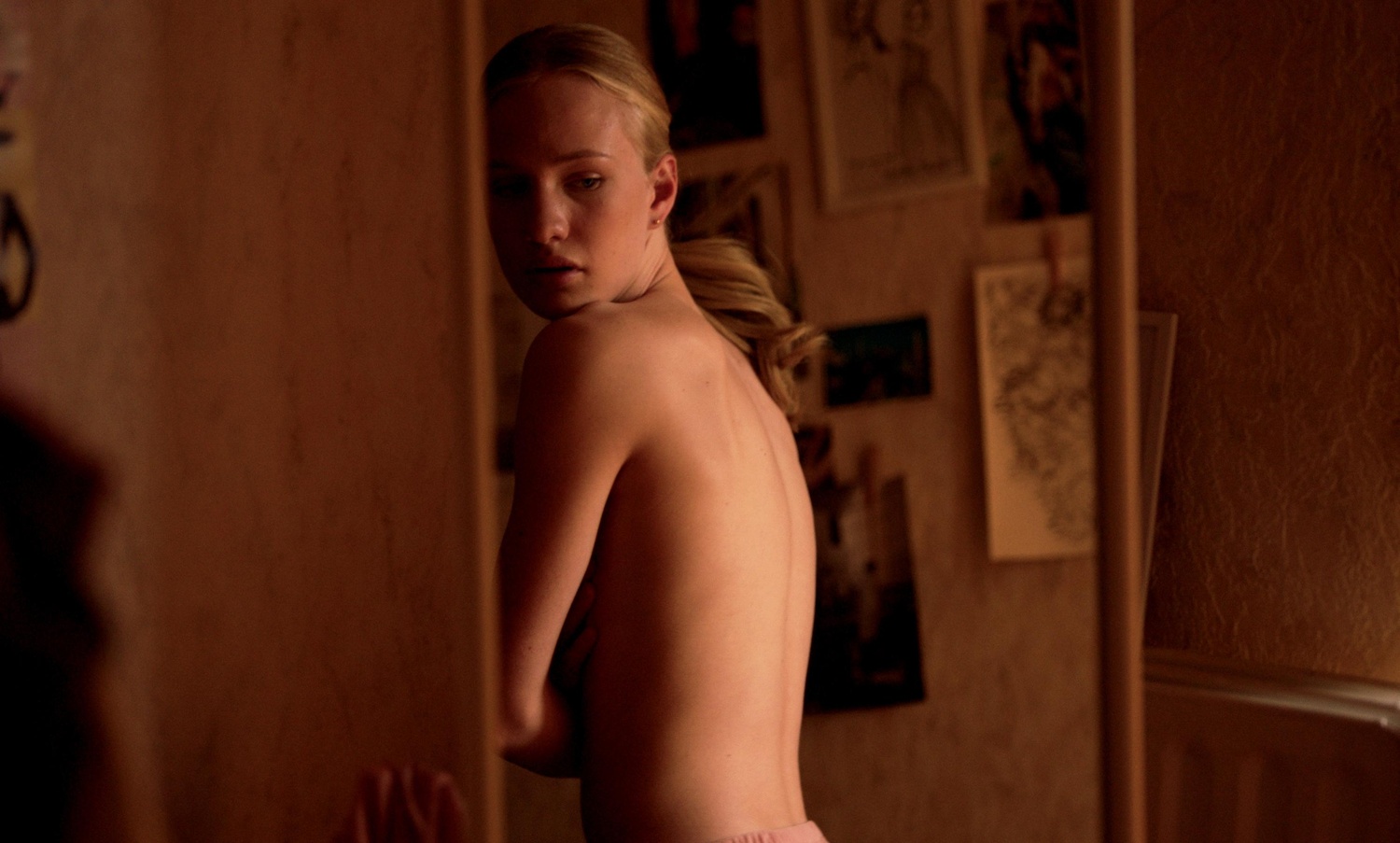 Victor Polster stars in "Girl," directed by Lucas Dhont, which premiered at the Cannes Film Festival in 2018. By Courtesy of Festival de Cannes

In “Girl,” from debuting director Lukas Dhont, Victor Polster plays Lara, a female ballerina born in the body of a boy. For 15-year-old Lara, it’s a time marked by dramatic changes—her family, comprised of her father Mathias (Arieh Worthalter) and young brother Milo (Oliver Bodart), moves to a new city in Belgium so that Lara can pursue her aspirations of becoming a dancer. She also begins the process of transitioning into the opposite gender, a taxing, gradual ordeal that entails regular hormone injections and pills. But Lara, impatient to actualize her own goals, grows easily frustrated with slow progress—both in her ballet education and in her transition process—and begins to take action into her own hands, even if progress comes at the expense of her own well-being.

An intensely humanizing first feature, “Girl” comments frankly on the frustration of finding one’s own identity, of becoming oneself. It is a painful journey of self-understanding—one that Dhont does not shy away from depicting in all of its punishing stages, bolstered by gripping performances by Polster and Worthalter. Yet while “Girl” begins as a stunning body of work, it stumbles somewhere in its empathy, and doesn’t quite recover to stick the landing.

“Girl” would be nothing without Dhont’s compelling protagonist, whom he proves is, by all standards, an exacting perfectionist—from her dancing to her careful, almost forensic observation of her body. Lara demonstrates a great capacity for tolerating extreme pain to achieve her goals. It’s a pain that’s almost vicarious, as we watch her bend her bruised and bloodied toes at unnatural angles in order to be en pointe, sinking into excruciating splits, her Lycra leotard audibly stretching—even piercing her own ears, in the film’s opening scene, with nothing more than an ice cube and a stud earring. Dhont skillfully translates Lara’s dissatisfaction and insecurity onscreen with numerous mirror shots, Lara staring at the curves of her body, evaluating the progress of her breast growth as she continues to take hormones. The camera focuses keenly on Lara’s ballerina body, celebrating its sinew and muscle as she pirouettes and pliés across the ballet studio—and Polster’s real-life ballet prowess is a key asset in such a physically demanding role. Playing Lara is a viscerally physical job, even outside of the dance studio: Polster demonstrates a powerful ability to emote on little dialogue, capturing Lara’s flighty, nervous demeanor, the uncertainty of her body when she’s away from the barre.

On the whole, it’s not difficult to sympathize with Lara, given the immense struggle to understand her identity and the less-than-preferential treatment she faces at the hands of her ballerina peers. (There’s a bristling scene of a sleepover argument, in which one girl aggressively demands to see Lara’s genitalia.) Of course we are on Lara’s side, as we ought to be. But as “Girl” wears on, particularly toward the last third of the movie, it becomes harder to access her emotional interiority, as Polster plays the part with an impassive stare. The viewer begins to feel less aligned with Lara, and more aligned with her father, who spends much of the film trying to connect with her on some emotional level—and here, Worthalter is perfectly cast as the desperate parent, who experiences his daughter’s pain as instinctually as his own. “You never talk,” he bursts finally, exasperated. “I’m your father. Of course I’m worried about you. I ask how you’re doing and you say, ‘I’m fine. I’m fine.’”

“Maybe it’s because things are not all right,” Lara replies, embittered.

Lara has a point. Things are not all right—but the particulars of how or why or in what way sometimes fail to translate onscreen. Lara’s resentment of the people around her for failing to understand her personal struggle isn’t a new one—it’s the plight of all teenagers who feel misunderstood by the adults in their lives, which is to say, all teenagers. But as Lara buries her conflict more deeply within her own interiority, she becomes less and less reachable, her “I’m fine” and impassive stare creating barriers between the viewer and herself, beginning to sever the one connection on which the film depends.

Given Lara’s emotional arc, the jarring concluding scene of the film makes emotional sense, as it ought to. Yet it doesn’t feel quite earned by Lara’s character transformation, which feels slightly too interior to communicate, or perhaps at least not to the extent that Dhont intended. Still, “Girl” is a flagrantly beautiful work about childhood and parenthood, and humanizing one at that, breathing the same life and energy into its protagonist as she breathes into her art.