From Cannes: 'BlacKkKlansman' a Thriller That Brings Together Past and Present 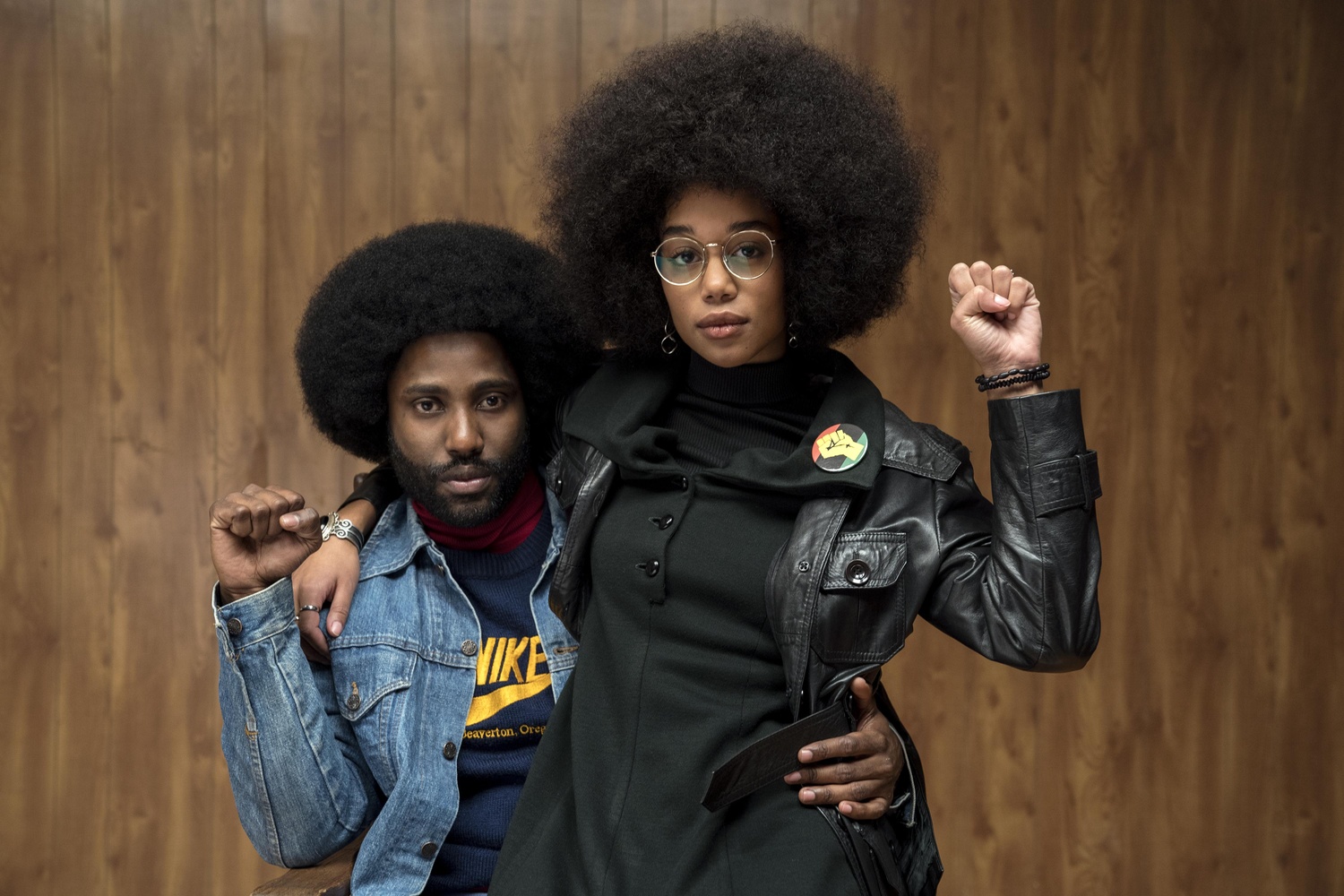 When Ron Stallworth (John David Washington) arrives at the Colorado Springs Police Department, he undergoes an interview meant to test his ability to keep his cool as the precinct’s potential first black cop of the town, an inevitably contradictory role to take on. “What would you do if—” starts off Chief Bridges, (Robert John Burke) before hesitating. “What would you do if another cop called you a nigger?” finishes his black counterpart (Craig muMs Grant). The correct answer? To turn the other cheek, something Ron proves to be relatively bad at. But he is willing to do anything to be a cop. “I’ll even chop down the natural,” he says of his glorious afro. He’s hired, and that’s when the real work begins. Relegated to the data files, he grows bored of getting his colleagues the files on the relevant criminal. He is challenging and uncompromising, something the police department is not used to, which is why he’s eventually placed in the Intelligence department. There, he decides to infiltrate the Colorado Springs chapter of the KKK from the inside out, setting off a chain of events in Spike Lee’s “BlacKkKlansman”—a testament to the director’s ability to weave the politics of the past and present, of identity, race, and religion, in an alternatively comedic, disturbing, and suspenseful thrill ride based on an unbelievably true story.

Flip Zimmerman (Adam Driver) must also pass a series of tests as he plays the white version of Ron Stallworth, the only one palatable to the KKK—the “Organization,” for those in the know. Forced to take a lie detector test, Zimmerman must prove to Felix (Jasper Pääkkönen), the unhinged Klansman, that he is not Jewish, which of course he is. Here, Lee adds yet another layer to the complex identity politics he explores in his film, for like Real Ron Stallworth does with his blackness, Fake Ron Stallworth also grapples with his Jewish background: “I was just another white kid,” Zimmerman reminisces about his childhood. “I never thought much about it [being Jewish]. Now I think about it all the time.” Truth be told, he has no other choice as the Klansmen he surrounds himself with insist that the Holocaust is “an international Jewish conspiracy.” At the end of the day, however, Zimmerman does not have the same stakes in the investigation that Ron does, making his character one we never fully care about. Because where Zimmerman can hide his Jewish faith, Ron cannot hide his blackness: “For you, it’s a crusade. For me, it’s a job,” says Flip, a distinction Ron is already sharply aware of.

Admittedly, “BlacKkKlansman” is a masterwork in teasing out, both explicitly and implicitly, another integral but relatively lesser known aspect of identity politics: codeswitching. “They’re going to know the difference between how a white man speaks and how a black man speaks,” warns Chief Bridges, cautioning Ron against embarking on the dangerous quest. “How does a black man speak?” asks Ron in response. Bridges’ subsequent silence says it all, though David Duke (Topher Grace) isn’t so easily convinced. “I can always tell when I’m speaking to a Negro,” he insists, while unknowingly speaking to Ron, a so-called Negro. Ron Stallworth thus comes to embody two different people: a white KKK enthusiast, and a black undercover cop trying to protect the black power movement he has been dragged into with both mind and heart. After he meets Patrice (Laura Harrier), president of the Black Students Union of Colorado Springs College, he hears the inspiring words (“If I’m not for myself, who will be? If not now, when?”) of Kwame Ture (Corey Hawkins), formerly Stokely Carmichael. As two prominent black figures in Colorado Springs, neither is immune to the town’s racist cops, or pigs as Patrice likes to call them. And in a brilliantly subversive twist, Patrice is also a subject of reverse codeswitching: For Ron, she is “Sister Angela Davis”; for Connie, she is “Angela Davis, Commie.”

Having paid homage to the great black figures of the past—let’s not forget to add Martin Luther King, Aretha Franklin, James Brown, and Mohammed Ali to the list—Lee does not shy away from also invoking the present, creatively sprinkling just the right amount of politicized winks in an undeniably political film. Alec Baldwin briefly appears in a cameo at the start of “BlacKkKlansman,” in which he plays a Klansman filming a pro-KKK commercial. “We are living in an era marked by the spread of integration and miscegenation,” he says to the camera, his body language uncannily reminiscent of his famous portrayal of Trump on SNL. “Nobody would elect someone like David Duke president of America,” says another cop over an image of David Duke, his blond coiffe a double-whammy alluding to both anti-Trumpian surprise at his election and disdain at the real David Duke’s campaign for Senator of Louisiana. Fictionalized Duke plays on Trump’s rhetoric, too: “We need people like you to be in office,” he says to Real Ron Howard. “To take back America’s greatness again.” And in its denunciation of Donald Trump, “BlacKkKlansman” also calls out white women’s participation in the KKK movement in the character of Connie (Ashlie Atkinson), Felix’s wife. In another subtle reference to white women’s complicit role in Trump’s election (more than half of white women who voted in 2016 voted for Donald Trump), Connie jumps at the occasion to participate in the KKK’s mission to rid Colorado Springs of the louder black voices threatening white America. “That will be all,” Felix had cut Connie off at the beginning of the film. When the time comes, though, all lies in Connie’s hands.

What ensues is a thrilling ride of a movie, one so well-paced it trades in character development for suspense. Ron grows to accept what he initially sees as Patrice’s radical and revolutionary rhetoric, and in turn, Patrice starts reluctantly accepting Ron, the man working for what she sees as the enemy. But she actually ends up regressing, eventually coming to reject him despite his role in infiltrating the KKK, their budding romance rendered pointless. Flip is the perfect partner, faltering in his imitation of Ron but having his friend’s back at just the right moment. Unfortunately, he does little else in any other capacity, playing the racist, anti-semitic Klansman but never confronting his own conflicting feelings about the issues he finds himself at the center of. At the end of the day, we care for these characters’ causes, but we couldn’t care less about the characters themselves.

In typical Spike Lee-style, however, the director succeeds in telling a true story that he brilliantly links to the film’s emotional ending, one that particularly resonates in today’s day and age. “Dis joint is based on some fo’ real, fo’ real shit,” reads a title card at the beginning of the film. And unfortunately, the events that take place in the movie adapted from real-life Ron Stallworth’s memoir remain all too real even today. But that’s why “BlacKkKlansman” resonates, resounding even after the credits roll. Because in a country that continues to devalue the lives of black people and those who would protect them, “BlacKkKlansman” is the devastatingly funny, enlighteningly subversive, and—most importantly—timely reminder that history does, in fact, repeat itself.