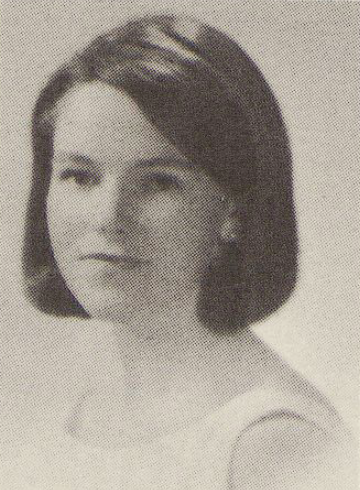 With almost no prompting, Marlyn E. McGrath ’70-’73 can rattle off the exact day her husband graduated from Harvard: June 13, 1968.

There was heavy rain that morning and Commencement had to be held indoors, but McGrath remembers the date for a different reason: two days after Harry R. Lewis ’68 graduated from Harvard College, she married him.

She was a sophomore at Radcliffe at the time. Many said she was too young to get married.

“People were shocked,” McGrath says. “Family were shocked.” She describes the experience as “complicated” and “intense.”

“Nobody was happy about it,” she says. “Except we were perfectly happy.”

Lewis, two grades ahead of her, was only one year older. He had graduated from Roxbury Latin, a boys’ school, as a junior; at the time of his high school graduation, she was a sophomore at Winsor, a girls’ school. She lived in Brookline, he lived in Wellesley.

“One of my best friends threw a surprise going-away party,” Lewis recalls. “I must have mentioned to my friend that I was interested in her, because there she was at this party.” 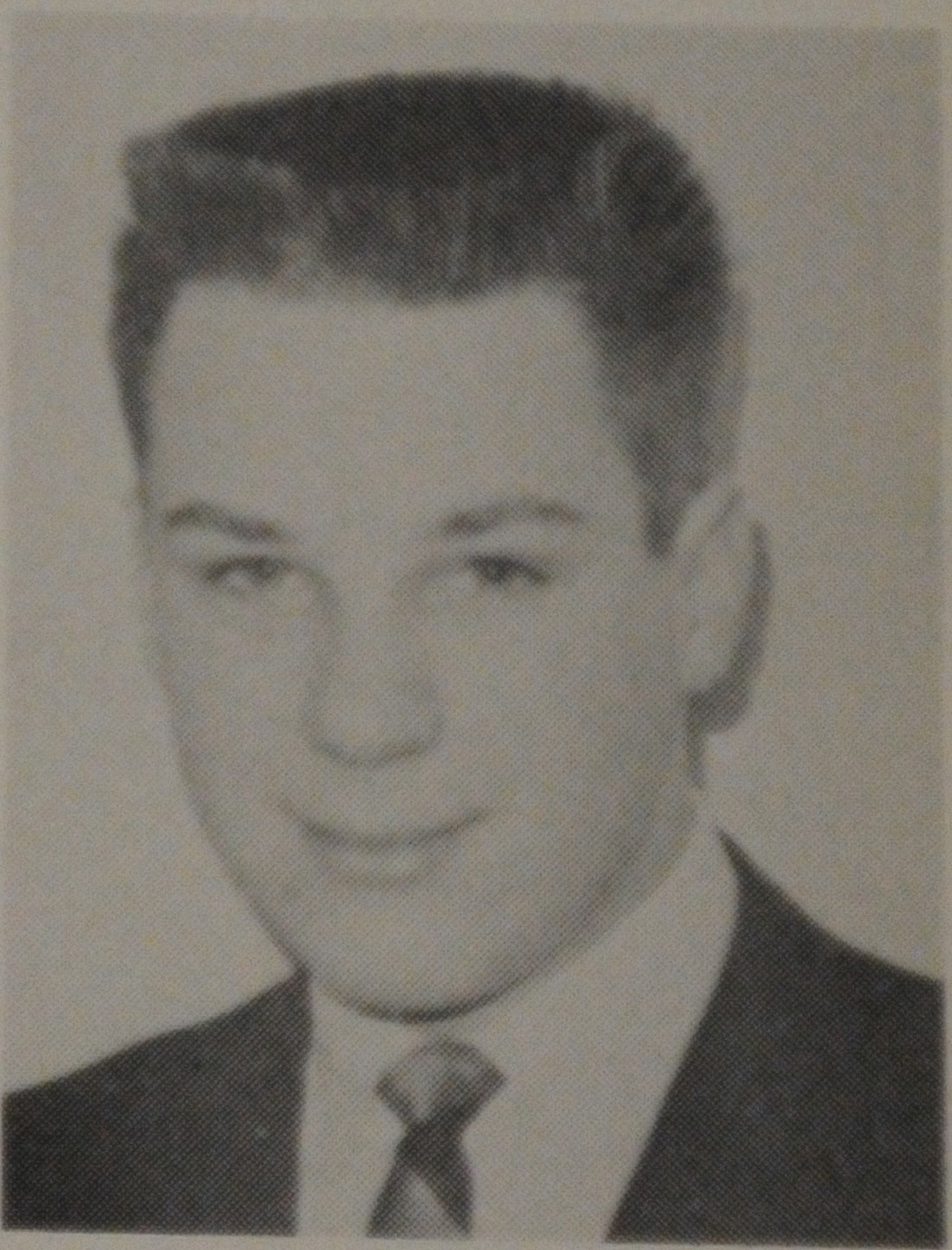 The two began dating in college, at a time when Harvard’s social world was still strictly regimented: parietal rules governed the interactions between women, who lived in the Quad, and men, who lived in the Yard and River houses. Men wore jackets and ties to dinner. Male students earned admittance to Harvard at four times the rate women earned admittance to Radcliffe, so many students left campus during the weekends to find dates elsewhere.

Since then, Harvard has undergone decades of change—and Lewis and McGrath have been around to see it. Both have stayed in Cambridge and, in many ways, become campus institutions. Lewis is a tenured Computer Science professor and at one point served as dean of the College; McGrath has worked as the Director of Undergraduate Admissions for just over three decades.

Lewis and McGrath’s romance—with each other, with Harvard—officially launched on June 15, 1968. On that day, McGrath donned her mother’s wedding dress, hastily tailored to fit her, and married Lewis at the church around the corner from McGrath’s parents’ house in Brookline.

“By then everyone had gotten used to the idea that we were having a wedding,” McGrath says. “Everyone was being very civil and gracious.”

The newylweds held their reception under a tent in the front yard of her parents’ home—the house she and Lewis still live in today.

Lewis studied computers while at Harvard, at a time when the field was still in its infancy. He did not concentrate in Computer Science because the concentration did not exist yet—he would later help create it. He joined the faculty in 1974 and received tenure in 1981. From 1995 to 2003, he served as the dean of Harvard College, pushing through major changes like the randomization of undergraduate residential housing and the final steps of the Harvard-Radcliffe merger.

McGrath, who has degrees in Classics and Celtic Languages and Literatures, assumed the directorship of College Admissions in 1987. Over the course of more than thirty years, she has helped expand Harvard’s recruitment efforts to populations and geographic areas once overlooked.

At the time of their marriage, however, the pair hardly anticipated they would enjoy decades-long careers at Harvard.

“The military draft loomed over everything,” Lewis says. “Every one of my classmates had to confront this. Some went to Canada, some mutilated themselves in ways that would make them ineligible for the draft.”

“It was an incredibly intense time, that spring,” Stephen A. “Steve” Ness ’68 says.

Ness was Lewis’s best man—hey had bonded over their Applied Math 201 problem sets during their junior year. During Lewis and Ness’s senior spring, both bore witness to the turmoil brought by the war and the assassinations of Martin Luther King Jr. and Robert F. Kennedy.

“That’s what was hanging over us,” Ness says.

McGrath says they would have married regardless of the war, but that the war complicated their decision. 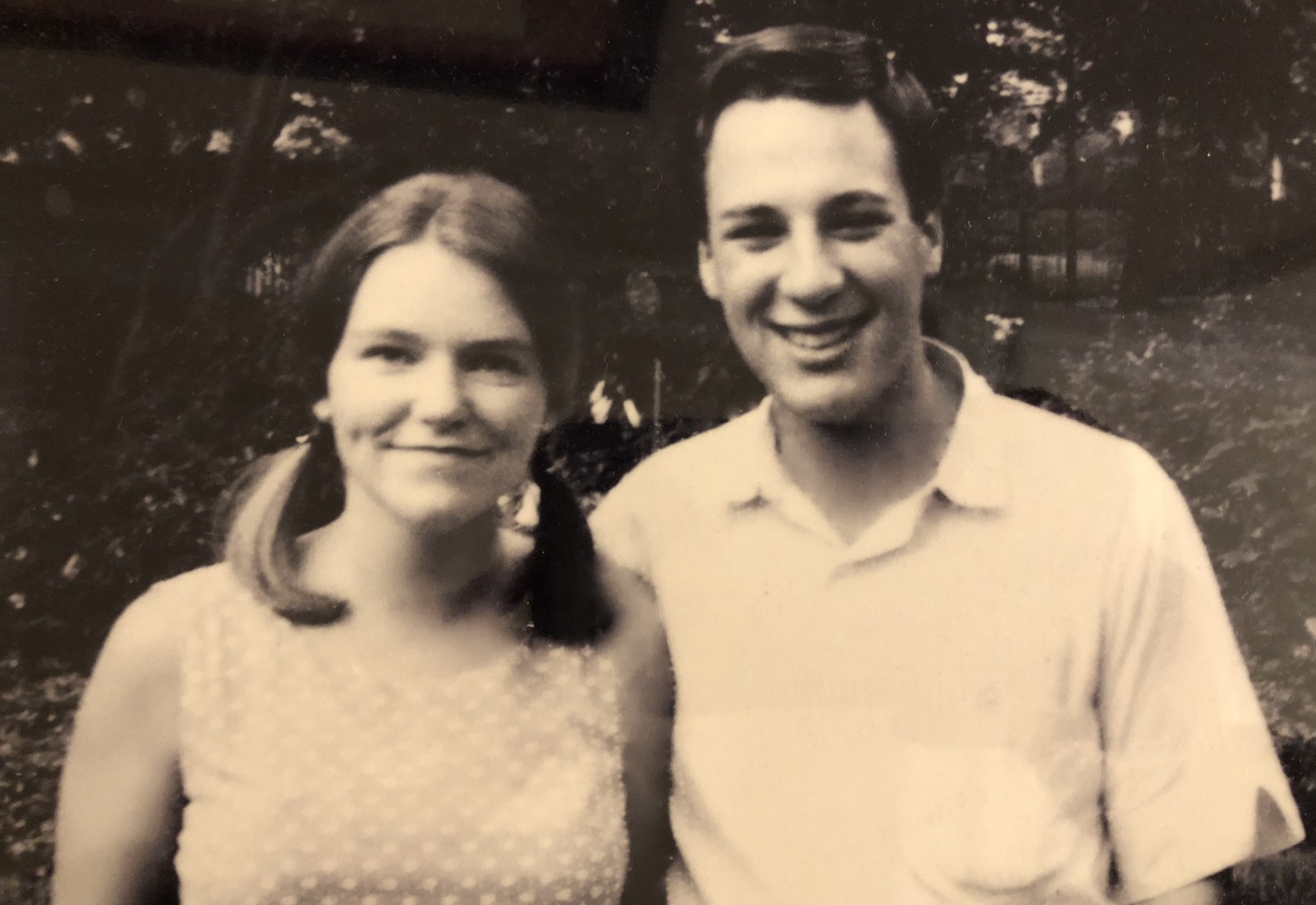 By Courtesy of Harry R. Lewis and Marlyn E. McGrath

“It didn’t seem like the right way to begin a marriage, with her here and me in Vietnam,” Lewis says. “It would not just be affecting me, it would be affecting my family.”

Lewis was able to secure a two-year commission at the National Institutes of Health in Washington D.C.; McGrath found a job there as well. When a lottery was instituted in 1969 to determine the draft order, Lewis learned it was unlikely he would need to serve.

Following the couple’s time at the NIH, Lewis and McGrath circled through Europe on a one-year travel fellowship Lewis won.

“Because I had literally gotten my activation forms while we were on our honeymoon, we treated the year ’70-71 as an extended honeymoon,” Lewis says.

Those three years marked the longest stretch of time Lewis and McGrath were ever absent from the University. When the couple returned, McGrath finished her college degree and Lewis began his graduate education at Harvard. McGrath began her own graduate education while he was finishing his, and eventually both completed doctorates.

“There was always a reason to stay at Harvard, because the other person was working on their degree,” McGrath says.

And so they stayed. They moved back to Brookline, close to where McGrath had grown up, and their daughters—Elizabeth M. Lewis ’01 and Anne M. Lewis ’07—enrolled in the same grammar school McGrath had attended. The sisters went on to attend not only Harvard College but also Harvard Business School.

‘Natives of this Place’

“We are natives, in a way, of this place,” McGrath says. “We are institutional loyalists. We both owe much of our lives to Harvard.”

Both Lewis and McGrath came from families that were originally unlikely to send children to Harvard. Lewis’s mother, whose own mother was a Ukrainian immigrant who spoke little English and worked as a short-order cook, was one of the first women in her class at the University of Michigan’s medical school.

McGrath’s father’s family did not have significant financial means, but he nonetheless managed to score acceptance to Harvard.

“In those days, poor Irish kids couldn’t live at Harvard, so he actually walked from Brookline to Cambridge,” she says. “To me, the sacrifices that were made in the family to allow him to have his education were always very apparent.”

These memories have given Lewis and McGrath a deep appreciation for the opportunities a Harvard education can provide—and have influenced the ways both see their roles at the school.

For McGrath, this has taken the shape of decades-long recruiting efforts that have expanded and diversified Harvard’s applicant pools. She has worked to show more students Harvard can be an option.

“When we’ve been on family vacations, she always brings Harvard brochures with her and stops at the local high school and tries to meet with the guidance counselor,” Elizabeth Lewis says.

Through the connections he has maintained with his students and teaching fellows, Lewis has similarly sought to make Harvard feel “family-like,” he says.

“He and Marlyn both always described being an advisor as a tenured position,” says Larry Lebowitz ’82, who had Lewis as a professor and an advisor. Lebowitz recently established a professorship named in Lewis and McGrath’s honor. “They've both given their lives to the university.”

“A unique thing about my parents is that they always understood it was important for them to place Harvard above themselves,” Elizabeth Lewis says.

As the school has changed, however, both have encountered obstacles. Lewis was removed as dean of the College in 2003, when his position was consolidated with the role of the dean of undergraduate education. Many have speculated his removal was in part the result of an ideological clash with other members of the administration.

“Even though there are details in the way things are organized or values that are emphasized more than others—and we can all quibble with some of those choices—I think Harvard is still making its best contribution to the country,” McGrath says.

McGrath and Lewis have borne witness to several decades of change at Harvard—and have even contributed to some of those changes. But there are, of course, elements of the “old Harvard” the couple misses.

McGrath has fond recollections of “sherry hours.” (“You always invited faculty members to come for sherry… there was this kind of bridge between generations.”) Lewis reminisces about informal gatherings among professors, pointing to weekly outings to Legal Sea Foods. (“Everybody would sit around and eat fried fish, and they’d be doing math on the placemats, and it was great.”)

McGrath and Lewis have sought to compensate for these losses of tradition through their work, while understanding that, as Lewis says, “There’s nothing to do about it—the world changes.”

“A lot of people who have that kind of connection to a place going back that far would say, ‘It’s got to stay the way that I knew it. We’re not going to change it ever,’” says David A. Fahrenthold ’00, Elizabeth Lewis’s husband. “The magic of it is that it does change. They marry those two together, this old tradition, this long, Harvard tradition they come from, and the present.”

Fahrenthold met Elizabeth Lewis at Harvard; though the two had shared mutual friends, it was not until Last Chance Dance that they connected. The couple married in the summer of 2005.

“It’s pretty nostalgic,” McGrath says of seeing stories similar to her own repeat through the generations. “And very moving. We’ve been very, very lucky. We’ve had the privilege of serving this place that we really owe a lot to, and it has been, as someone once said, our church.”