Harvard Glee Club to Open Auditions to Students of All Genders 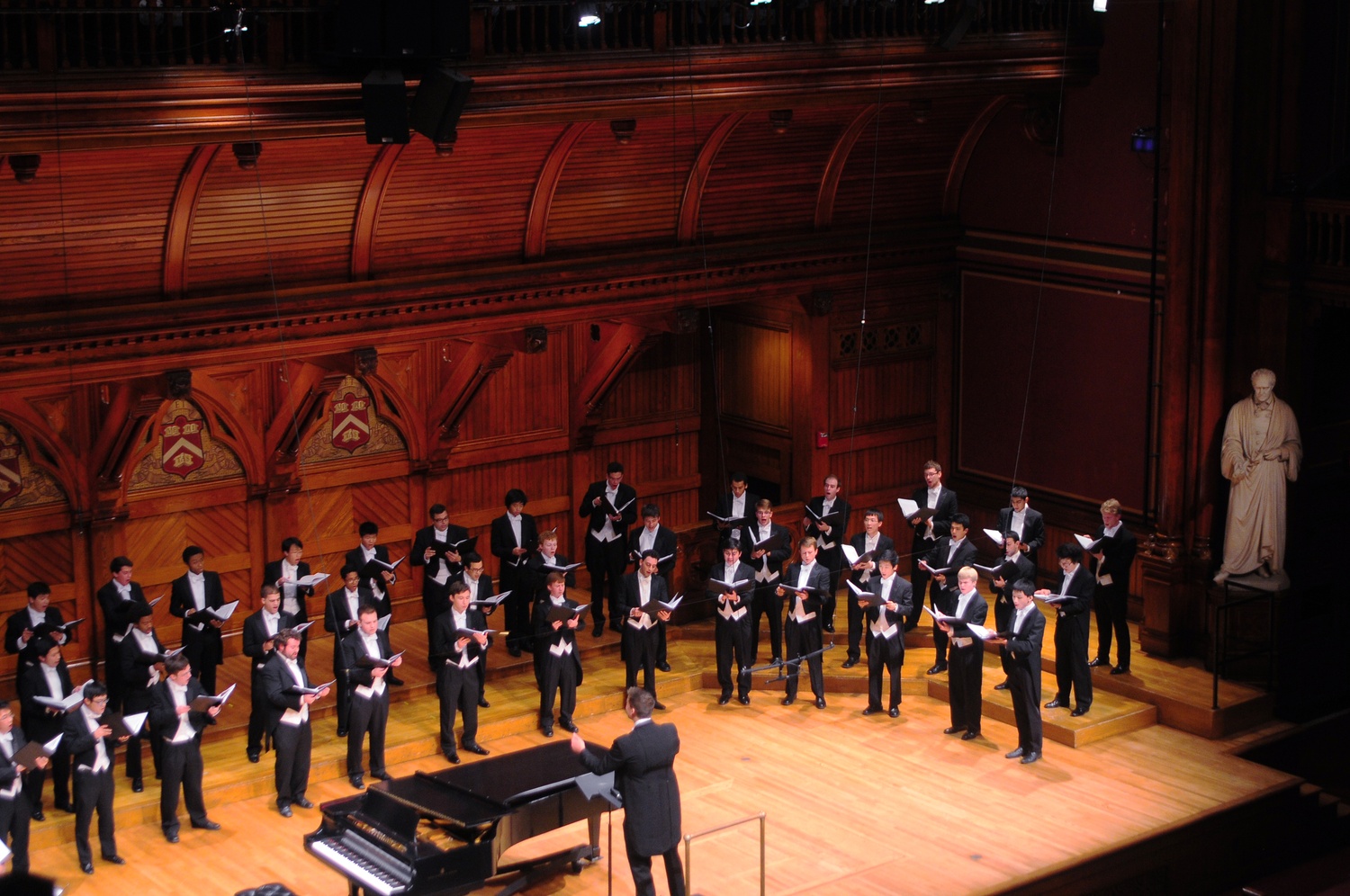 A performance of the Harvard Glee Club in Sanders Theatre in 2013. By Gladys M Kisela
By Molly C. McCafferty, Crimson Staff Writer

The historically all-male Harvard Glee Club has opened its membership to students of all genders, Glee Club President Connor A. Horton ’18 wrote in an announcement to club members and affiliates last week.

The Glee Club, a group of roughly 50 undergraduate and graduate men who regularly perform on-campus and on tour, was one of several Harvard performance organizations that remained all-male rather than merging with an equivalent musical group after the dissolution of Radcliffe College, according to Horton.

Horton said the Glee Club made the decision to open their membership eligibility after consulting with the historically female Radcliffe Choral Society, which also decided to make its membership gender neutral in April.

Horton said the decision to open Glee Club’s membership was opposed by some current members who were concerned that the introduction of women would lead to a change in the type of music the group typically sings.

“What it comes down to is a matter of tradition, and a long, long history of being an all-male organization,” Horton said. “Being one of the organizations that remained all-male after Harvard and Radcliffe merged, I think for a while we felt that our organization should stay all male because of the nature of the music that we perform.”

He added that the group will continue to perform its traditional style of tenor-bass music, written for lower voices, and that the audition process will remain largely unchanged, with members auditioning through the Harvard Choruses, an umbrella entity which includes the Glee Club, Radcliffe Choral Society, Harvard-Radcliffe Chorus, and Harvard-Radcliffe Collegium Musicum.

Horton said another point of contention in the club’s decision-making process was whether changing the gender breakdown of the group would negatively affect its social environment, which Horton described in his letter as a “lifelong fellowship.”

“We decided that the community we have in the Glee Club is not a product of gender composition," he said. "But I think that members having only experienced Glee Club as it was, that some people had a hard time imagining otherwise."

The decision to go coed was implemented through an amendment to the group’s bylaws voted upon by all active Glee Club members, according to the announcement. Though Horton declined to comment on the result of the vote, he said a two-thirds majority of all active members was required to implement the change.

Ultimately, Horton said he does not foresee any major changes to the group as a result of the decision, either musically or socially.

“I don’t see our social environment as particularly gendered,” Horton said. “But I do understand that as a traditionally all-male space, it can be difficult for someone who’s not male to feel welcome.”

The Glee Club joins a growing number of traditionally single-gender groups at Harvard that have transitioned to become coed in recent years. Starting with the Class of 2021, students can be penalized for participating in certain single-gender social organizations. Some social groups as well as the traditionally all-male cast of the Hasty Pudding Theatricals have gone coed since the announcement of the penalties in May 2016.