In the wake of the Presidential Task Force on Inclusion and Belonging, as well as incidents this past year, administrators must consider the diversity of Harvard's diversity initiatives. 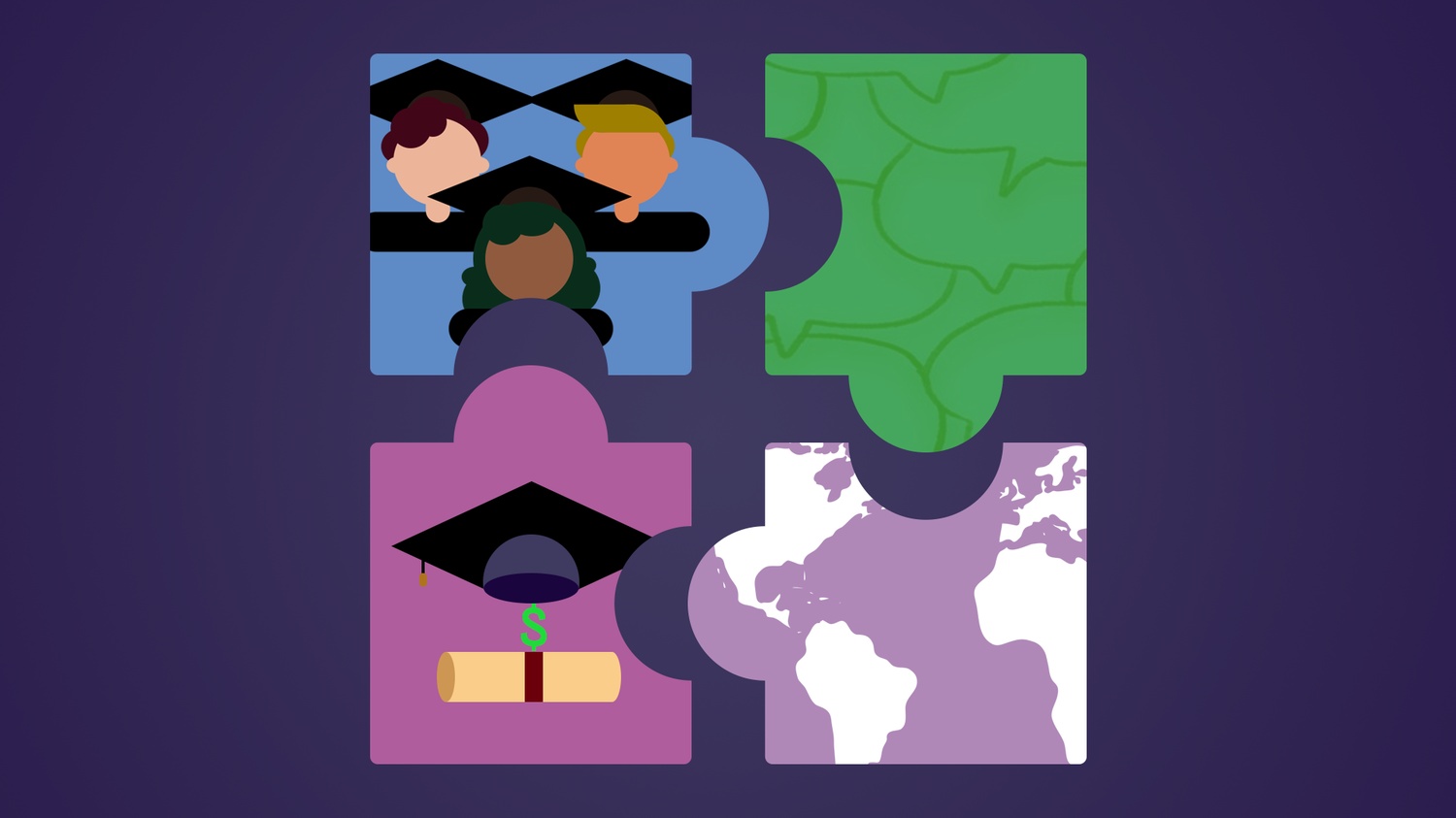 By Mai-Linh Ton
By The Crimson Editorial Board

This past year has seen issues of diversity, inclusion, and belonging at the forefront of much campus conversation. Most overtly, the release of the Presidential Task Force on Inclusion and Belonging’s final report, a culmination of a year and a half of work, brought to campus “Four Goals” toward which the University should strive, “Four Tools” with which it should do so, and eight specific recommendations regarding how Harvard should proceed.

We believe the changes the Task Force proposes are, by and large, positive for our campus. While relative merits of specific measures can and should be debated, and much of the burden for creating lasting change falls not on the administration but the rest of campus, the Task Force contributes to important conversations and outlines courses of action to make our campus more welcoming—an aim with which few would take umbrage.

In its vision of a more diverse and inclusive campus, the University must direct the campus conversations and policies it oversees to make every effort to be inclusive of all identities. This is no easy task, as many individuals have intersectional identities. Further complicating the matter, different identities, either within or between individuals, can compound each other or come into conflict. In that vein, reformers must look beyond well-discussed axes of diversity to ensure their proposals take into account the complexities of the individuals affected.

Much of the conversation surrounding diversity and inclusion at Harvard has been dominated by issues of race and gender. For instance, while the Task Force commendably examines a variety of ways in which our campus is diverse in the 82 pages of its final report, its “Where Matters Stand” overview looks at the issue in terms of just three metrics: race, gender, and international status. While we should always strive for more conversation that focuses on addressing the unquestionably salient issues of racial and gender identity, approaches seeking to foster diversity, inclusion, and belonging at Harvard should be more comprehensive. They should take into consideration issues for important identities that go beyond race and gender, such as religion, political ideology, ability, sexual orientation, socioeconomic status, and many more that are not easily classifiable. To truly become the diverse and excellent community to which the Task Force aspires to be, our framework must incorporate as many areas of difference as possible.

Underscoring the importance of this multifaceted approach, several events this past year regarding the many intersecting identities and beliefs of students, faculty, and staff have dominated campus discourse. They point to the inevitable conclusion that it is impossible to make every member of the Harvard community feel completely welcome all of the time.

However, we should make an effort to approach this ideal. In that vein, areas that increase inclusivity along one measure of diversity that do not have adverse implications for others should be uncontroversially prioritized. By way of example, we have called for the Faculty of Arts and Sciences to ensure that in renewing undergraduate House life, it makes renewed Houses accessible to people of all physical ability statuses. For its part, the Task Force has listed the identification of “accessible spaces, routes, and sites” under its recommendation of the creation of “Inclusive Symbols and Spaces.” Outlining where this campus is most physically accessible and making it even more so through renovations such as new elevators and ramps will not have any adverse effects regarding other identities. Budgetary issues allowing, no one is disadvantaged by these initiatives, so they can and must come to fruition.

Unfortunately, not every series of initiatives can be this harmonious. This is in no small part because identities will clash, as this year’s controversies have shown.

For example, the Christian group Harvard College Faith and Action pressured a student to step down from her leadership role upon learning she was in a same-sex relationship. This event raised questions of which should be preserved more stringently—the freedom of religious beliefs or the principle of non-discrimination based on sexual orientation. HCFA also faced controversy this year by inviting self-proclaimed “ex-gay” speaker Jackie Hill-Perry to its weekly meeting.

More recently, Harvard employee Eric Clopper provoked outrage in his one-man show at Sanders Theatre, “Sex and Circumcision: An American Love Story,” by making anti-Semitic claims, such as that of the perceived “demonstrably evil influence” of Judaism in the United States. Clopper defended his freedom of expression and the ideal of ideological diversity, while detractors accused him of bigotry.

When identities and beliefs clash in this way, not every individual or group will be satisfied with the outcome of University administrative decisions, as some people will feel less secure in some of their identities than others. However, when Harvard must restrict one aspect of diversity to promote another, it should do so alongside clear reasoning as to which values the University has decided to prioritize and why it has done so.

Furthermore, when Harvard is challenged with choosing which priorities should take precedence, we have held that issues of nondiscrimination should generally be prioritized. We said that HCFA’s freedom of religion in the context of the College does not extend to authority to pressure a woman to resign her leadership position over her decision to date another woman. The goal of expanding the conversation to include more aspects of diversity is to be inclusive of more identities in the aggregate.

That said, much more work is needed in expanding the conversation and prioritizing ideological diversity on campus. Startlingly, just around 1.5 percent of respondents to The Crimson news staff’s survey of the Faculty of Arts and Sciences identify as conservative or very conservative, compared to 83.2 percent who identify as liberal or very liberal.

These statistics do not reflect America: 35 percent of Americans identify as conservative, 23 times the fraction of the faculty survey’s respondents, and 26 percent identify as liberal. This stark divide has harmful effects on the University’s ability to train our nation’s leaders, and it risks alienating current and potential conservative students. It has also likely contributed to the declining trust of Americans in higher education, which has deleterious effects. Much more work is needed to make this important element of diversity a priority. We believe the University must emphasize hiring professors with diverse beliefs and backgrounds who can challenge prevailing campus ideas through tough ideological conversations.

Increasing ideological diversity—and making students who may disagree with mainstream campus ideas more welcome—should be worked toward beyond merely hiring intellectually diverse faculty, however. Initiatives to promote campus conversations in which beliefs are questioned should be encouraged, as should giving students the resources they need to feel comfortable but not unchallenged in their identities. By doing so, we expand the diversity conversation to make as many students feel as welcome as we can.

These are not easy aims. Increasing ideological diversity will protect people who believe in ideas that others would call discriminatory. Additionally, the University’s financial status may impede worthwhile initiatives from the funding they need to prosper. Nonetheless, there is much to gain by promoting campus diversity and inclusivity, advancing uncontroversial initiatives, and prioritizing nondiscrimination. In doing so, we make our campus as welcoming to as many as possible—with positive implications for everything from the state of campus discourse to the perception of the University outside of its gates. Although increasing how welcoming Harvard is has value in and of itself, in the language of the Task Force’s report, once this “foundation of inclusion” is laid, Harvard becomes best equipped to “pursue excellence.”

In the creation of this foundation following the report, the University must strive to use definitions of diversity, inclusion, and belonging that consider and prioritize the nuances of the identities of its tens of thousands of members.