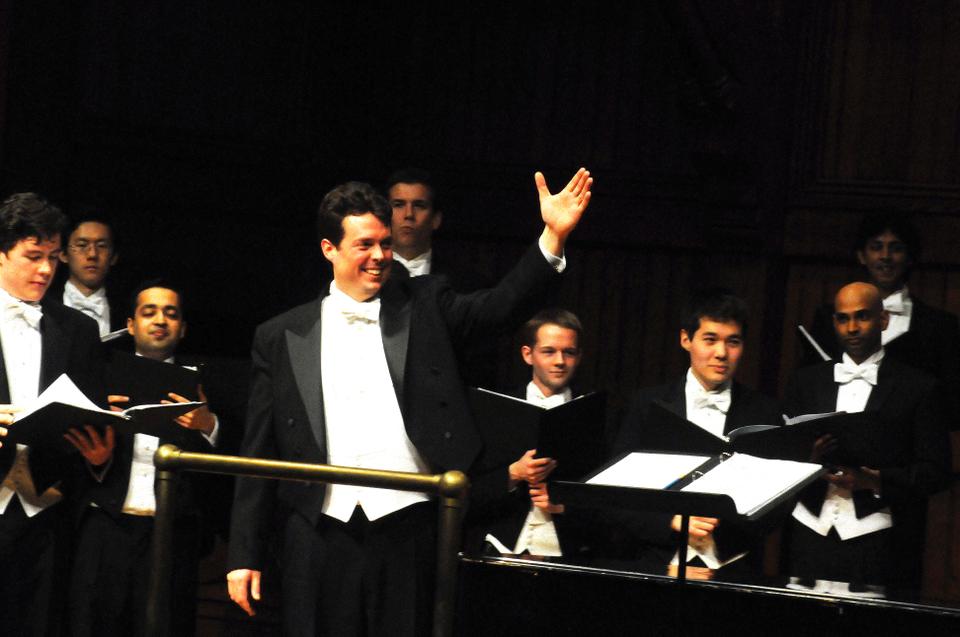 Harvard administrators sent a formerly all-female campus singing group an email demanding the choir update its bylaws to “align with the mission of the College” a few months before the group chose to go coed.

The formerly all-female Radcliffe Choral Society opened its membership to students of all genders in late April 2018.

The Office of Student Involvement, an office within the College’s Office of Student Life, sent an email to RCS members in August 2017 informing the group that its bylaws—which at the time stated only women could join the choir—fell “in violation” of the College’s non-discrimination policies. College administrators also threatened RCS would become “inactive” if it failed to update its guidelines.

“The articles and bylaws of your governing documents should outline basic organizational information, be aligned with the mission of the College, including our commitment to non-discrimination, and have specific, required language,” reads a copy of the email sent to RCS August 25. “We’ve identified that your organization’s governing documents are in violation of these requirements and must be revised and updated as part of your Annual Registration process.”

“Failure to update your student organization’s bylaws to be in compliance with the requirements listed below by the end of Annual Registration (September 19th), will result in your organization being inactive for one semester,” the email continues.

The email notes that, if RCS became inactive, the group would lose privileges granted to “an active organization” including the ability to apply for grants and the ability to host and publicize events.

The organization’s membership began discussing going gender-neutral long before the September email, according to RCS president Katherine M. Vincent ’19. The choir formally updated its bylines to allow members of all genders April 23; shortly afterward, the historically all-male Glee Club also went coed. The Glee Club adjusted its bylaws to allow members of every gender on April 30.

The move by the two singing groups to go coed comes as the College works to enforce and implement its controversial social group policy, first debuted May 2016. The 2016 policy—which took effect with the Class of 2021—bars members of unrecognized single-gender final clubs and Greek organizations from campus leadership positions, the captaincies of varsity athletic teams, and from receiving College endorsement for various prestigious fellowships.

Administrators recently announced unrecognized single-gender social groups will be required to disclose gender breakdowns in order to avoid the sanctions. Social groups will also have to submit “governing documents” to the College in order to gain recognition and freedom from the penalties, according to a plan Harvard debuted May 2018.

RCS and Glee Club, though single-gender, are recognized student groups and therefore not subject to the College’s social group penalties.

The College’s policy for recognized student groups states that recognized “independent student organizations” must “file a current constitution and bylaws with the OSL making clear that the ISO does not discriminate on the basis of race, creed, color, sex, gender identity, sexual orientation, or physical disability,” according to the College’s student handbook.

A Harvard spokesperson did not immediately respond Wednesday evening to a question asking why the College instructed RCS to go coed.

In a joint statement, representatives from the executive committees of Glee Club, RCS, and Harvard-Radcliffe Collegium Musicum—a historically gender-neutral choir that also recently chose to update its bylaws to specifically allow members of all genders—wrote they “reject any claim that the substance of our community and artistic work relies on the gender of our members.”

Choir leadership also wrote in the statement that internal factors formed the “primary driver” behind the decision to update the guidelines, not communications from College administrators.

“We would like to affirm that external factors were not the primary driver in the decision to change our bylaws. This decision was a result of a multitude of discussions over a lengthy period of time within the chorus membership and leadership,” the statement reads.

“That's been practice for much longer than that. It's just solidifying it into the language at this point,” Hsiang said.

Collegium manager Alan Wong ’19 wrote in an emailed statement that the change to Collegium’s bylaws is meant to formally reflect the group’s historically mixed-gender membership.

“Collegium has never considered gender when deciding the membership of our choir, and as with the other choirs, we recently voted to instate gender-neutral language within our bylaws to reflect this,” he wrote. “We have always been, and will continue to be, a welcoming space for singers of all gender identities.”

Wong wrote in an email that the three groups plan to continue singing similar repertoires in the future.

“It is important to note that the artistic identity of each of these choirs is distinct: while Collegium focuses on performing choral-orchestral works for SATB, RCS focuses on soprano-alto works and HGC on tenor-bass works,” Wong wrote. “This will remain unchanged despite the recent changes to our groups’ bylaws to accept singers of any gender identity.”