‘The Handmaid’s Tale’: ‘The Last Ceremony’ More Heartbreaking and Horrific Than Any Other 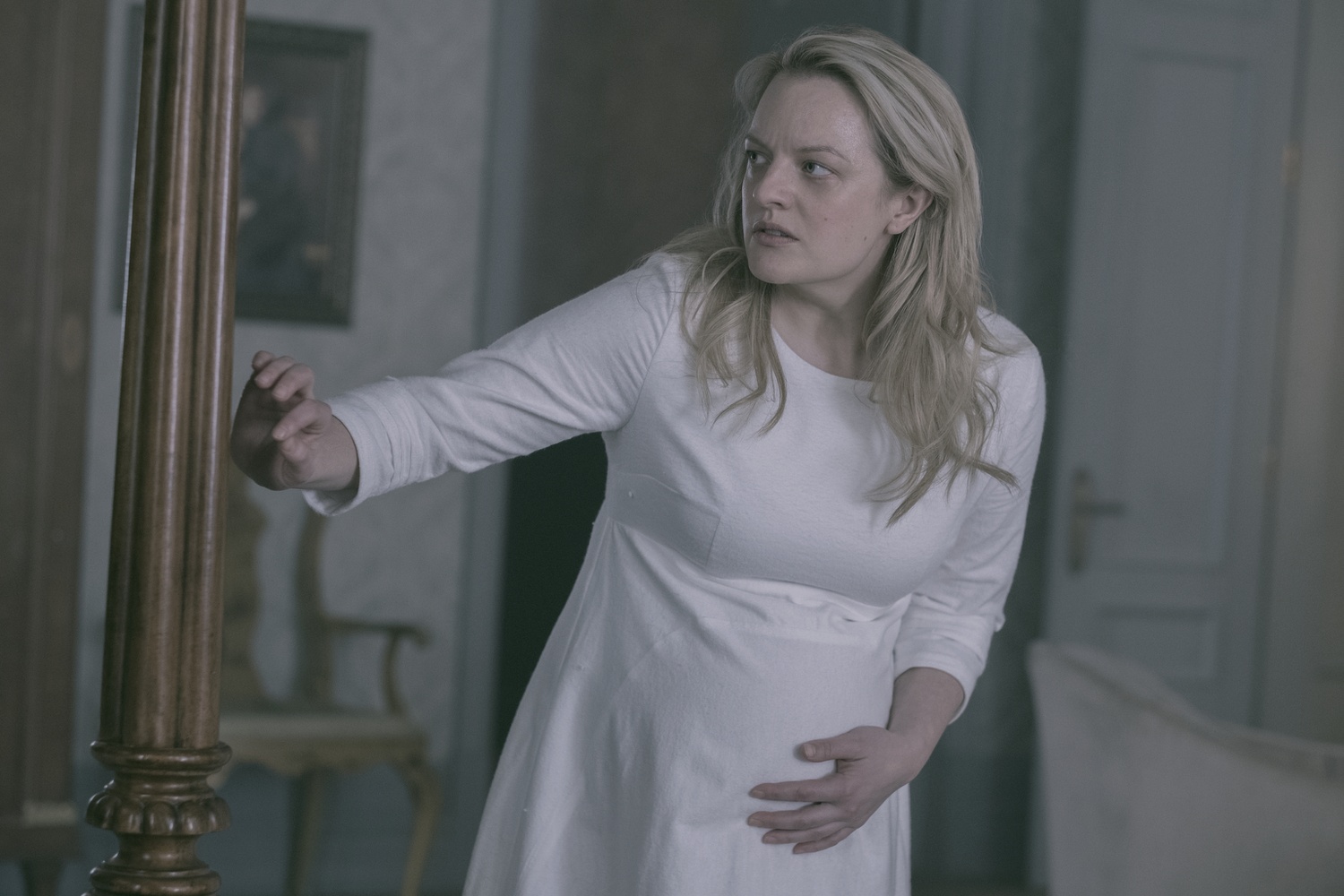 To say that “The Last Ceremony” is an emotional rollercoaster would be an understatement. Right off the bat, the show brings back the ceremony for the first time this season. Emily (Alexis Bledel) is raped in the new household she is assigned to after returning from the Colonies. When her rapist collapses shortly thereafter, his wife asks for Emily’s help as she continues to lie on her back on the bed. “Chances are better [of conceiving] if I lay on my back afterwards,” she says, matter-of-factly. Her robotic response is an unexpected tonal shift in how “The Handmaid’s Tale” typically depicts the assaults that constitute the ceremonies—coldly, distantly, imbuing them with an underlying barbarity made all the more disturbing in the act’s normalization—which is why it’s even more horrific when, 25 minutes later, Serena (Yvonne Strahovski) holds June (Elisabeth Moss) down as Commander Waterford (Joseph Fiennes) brutally rapes her in order to “naturally” induce June’s labor.

It’s a far cry from how last week’s preview hinted the episode would go. For a few minutes, the characters—even June—are fooled into thinking June has gone into labor, though it turns out she was only suffering from Braxton Hicks contractions. At one point, pre-bubble-bursting, the camera zooms in on Serena from the overhead lights, stroking her flat stomach. Strahovski’s expression says it all, her face awash with all the wonder and anticipation and hope that comes with becoming a new mother. It’s a look she rarely wears, which is why it’s all the more jarring to see her return almost immediately to her usual scowl when her dreams are dashed. Only this time around, her jaw is a bit more locked, her eyes more pinched, her lips more downturned. There’s a brilliant moment when her eyes meet June’s as she strokes the very swollen stomach Serena so wishes was hers, and June’s supreme satisfaction becomes palpable. In that moment, her smugness at having hurt Serena and being able to keep her baby just a little while longer, even in a way that is completely out of her control, clashes with Serena’s desperate anger. It’s a testament to both actresses’ skill. The tension is palpable for everyone—the wives, the handmaids, and the audience alike.

And yet, it cannot compare to either of the episode’s two biggest moments. Director Jeremy Podeswa does not shy away from showing the assault in all its horror, cutting between high shots of June’s terrified and devastated face, closeups of Waterford and Serena whispering words from the Bible to each other, and overhead shots of the scene in its entirety. At key points, the shot/scene slows down, the camera zooming in on Serena’s hand clenched tightly around June’s wrist, for example. And at the end of it all, June lies prostrate, her face turned away from the camera, with all sound quieting down. The shot composition is subtle, but poignant. With June at the bottom of the screen, but also the focal point of the shot, Podeswa centers her at the center of the show, with Waterford’s silhouette blurred above her in the background, alluding to his ubiquitous, menacing presence in June’s life. The scene combines all the horror, misogyny, and violence of “The Handmaid’s Tale” into one awful moment, a sharp reminder that, although June’s pregnancy has thus far protected her from the punishment she surely would have gotten otherwise for her insolence, it cannot protect her from what Gilead is fundamentally founded on.

That’s why it’s all the more dissonant that Waterford gives June what he believes she “deserves,” a precious ten minutes with her daughter Hannah (Jordana Blake), from whom she was forcibly separated for three years. “Did you try to find me?” the young girl, renamed Agnes, asks. “Why didn’t you try harder?” Not the reunion you were hoping for? Writer Yahlin Chang did a lot of research into how reunions between parents and children go after lengthy forced separations. “I talked to social workers, child psychologists, and people at the U.N… It never goes the way the mom wants it to go. So you have this idea that you and the child are going to run to hug each other, and it’s all going to be amazing. They said the child would usually be overwhelmed and scared,” she said in an interview with Digital Trends. The dialogue reflects that research, which is eerily and disturbingly reminiscent of the situation so many families find themselves in under Trump’s “zero tolerance” immigration policy. In such an emotionally turbulent episode as this, it’s hard to imagine how much more real “The Handmaid’s Tale” can get. Overloaded with both heartbreak and horror, the episode packs too much into one hour, becoming overwhelming in its content. One can only hope that June still has the strength to reach for the freedom she’s so desperately fought for.