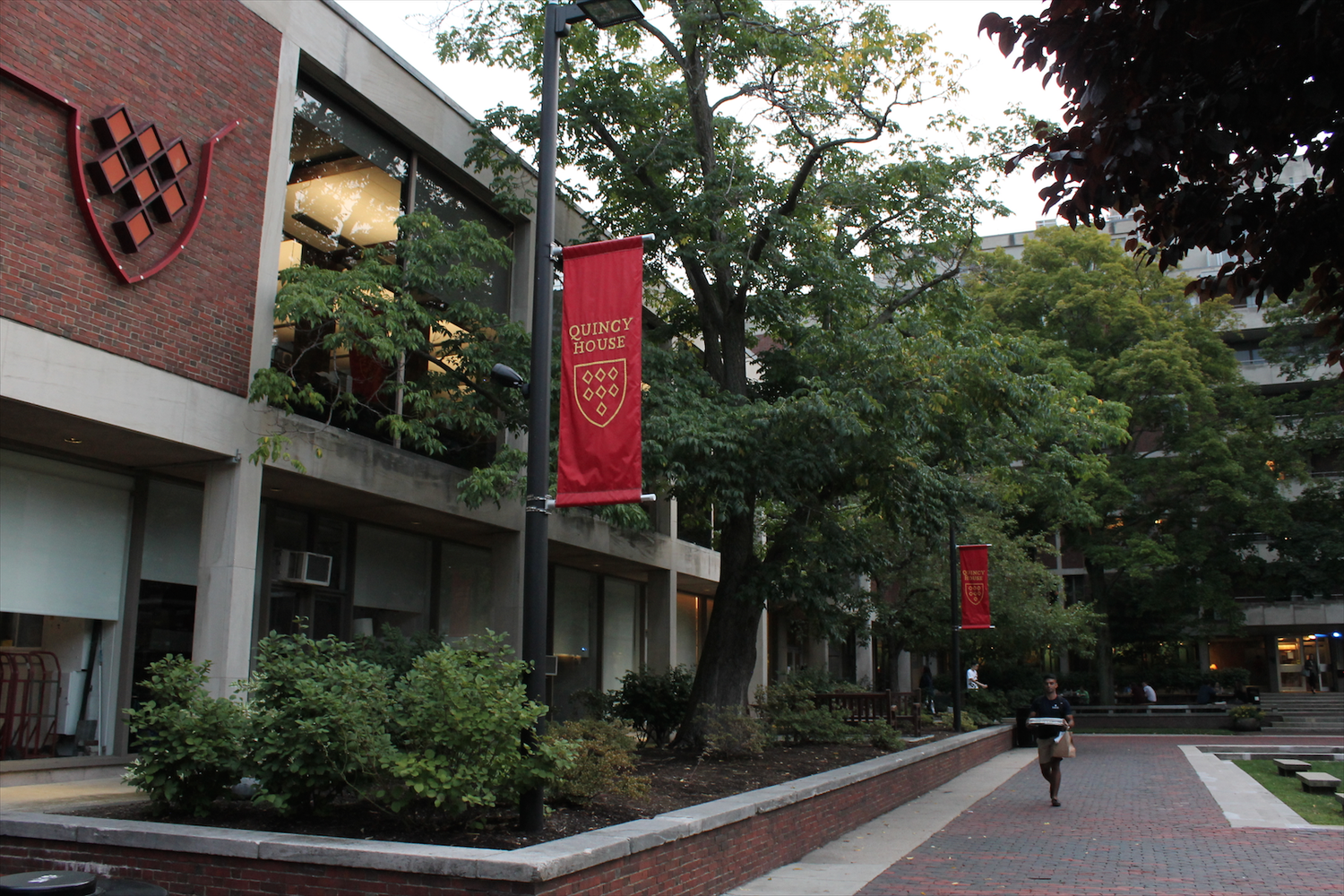 One of the locations where constituents will be voting in the Mass. midterm elections is Quincy House. By Chloe I. Yu
By Alexandra A. Chaidez, Crimson Staff Writer

The Harvard Kennedy School is gearing up for the upcoming midterm elections by introducing a University-wide voting challenge to encourage Harvard affiliates to register to vote before the Nov. 6 elections.

The Harvard Votes Challenge, centered at the Kennedy School’s Ash Center for Democratic Governance and Innovation and the Institute of Politics, currently has leaders assigned to nine of Harvard’s schools to help students register to vote and to host several “Harvard Votes Action Days” to actively get out the vote.

Theodore "Teddy" N. Landis ’20, a co-founder of the project, said he and fellow founder Derek Paulhus ’19 came together to solve the “big problem” of “lower voter participation rate” at the University.

“I learned the statistic that millennials and post-millenials combined will make up the largest voting block in America for the first time in 2018 but at the same time, we don't really vote,” Landis said. “I felt that it was really important that we take action."

The program will also encourage Harvard schools to incorporate Turbovote, an online voter registration platform, into their class registration processes. Turbovote — after its inception by three Kennedy School alums in 2011 — was introduced into the College’s check-in process in 2016.

According to the National Study of Voting, Learning, and Engagement, just 23.6 percent of eligible Harvard students voted in the 2014 midterms. However, in the run-up to this year’s election, the Institute of Politics’s biannual youth poll determined that more than 37 percent of young Americans said they “definitely will be voting” in the 2018 election cycle.

University President Lawrence S. Bacow took part in this push for greater civic participation in his speech welcoming freshmen to the College earlier this month. Bacow directed students at the College's annual freshman convocation ceremony to take out their phones and write down the address for an Institute of Politics website which they could use to register to vote.

At the Kennedy School, various fellows and professors spent much of the summer working on ways to integrate voter participation programs into the institution to “create a culture of voting,” according to Teresa Acuña, the associate director of the Ash Center’s Democratic Governance program.

“As a place that prides itself in producing the future leaders of the world, if we can't get them to participate, that's a very concerning thing for what we think is going to be the sustainability of our democracy here and abroad,” Acuña said.

Acuña said reminders to register to vote were placed in areas that were easily accessible to students, such as the course check-in process, the financial aid website, and certain school-wide events.

“What that is from an institutional level is signaling to students here at the Kennedy School, we very much care about your civic participation, so much that we're putting it in these different places where we consider necessary in order for you to even become a student,” Acuña said.

Nearly 25 percent of eligible Kennedy School students have registered to vote through this platform, Acuña said.

Other parts of the Kennedy School have also begun preparing for the midterm elections — for instance, leaders from the HKS Democratic Caucus said they created a position on their executive board specifically dedicated to canvassing and phone banking efforts in time for the midterms.

“We are excited to get students involved in this year’s election, both domestically and for students from international schools,” said Michael R. Miesen, an executive board member of the Caucus.

“We have students from all over the world and they bring unique experiences and perspectives to our school here, and this is a really interesting year for them to be at the Kennedy School in America, in Cambridge,” Miesen added.

Fung emphasized the importance of university students voting to positively impact elections and the future of politics.

“Young people don't vote very much,” Fung said. “And I think the confidence in government has gone down. So my hope is that if more young people turn out to vote and the electorate changes a little bit, then people will have more say in politics and the relationship and attitude towards government and public officials will change in a more positive direction — that they'll want to make government better.”