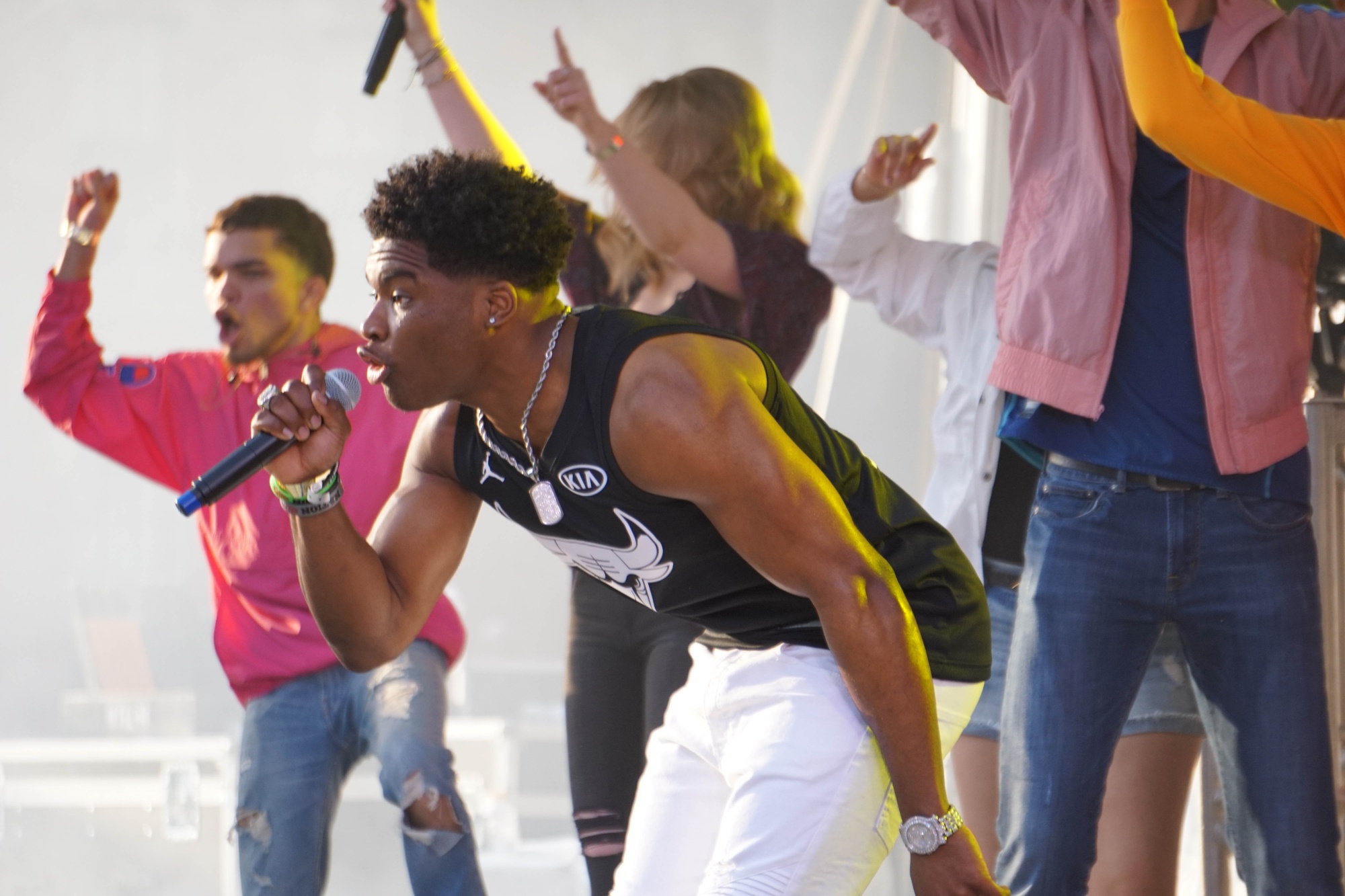 On a campus where most things are triangulated within four dimensions of irony, 21CC’s earnestness combines with genuine musicality to create what serious music critics call a “bop.”
By Drew C. Pendergrass

There are two striking similarities between the Big Bang and campus musical group 21 Colorful Crimson: 1) both are very large and 2) both have unusual names. There are 21 members of 21 Colorful Crimson, all members of the class of 2021. This makes the group significantly larger than the famously large Arcade Fire.

The name 21 Colorful Crimson (officially shortened to 21CC) recalls Noam Chomsky’s famous nonsense sentence: “Colorless green ideas sleep furiously.” After all, crimson is a color, something that can’t be counted or possess the attribute “colorful.” Even the abbreviation defies naming conventions — 21cc (or cm3) can also describe the size of a glass of water small enough for a cute little frog.

But let’s not bury the lede—21CC is very, very good. You may be skeptical of a musical group wholeheartedly embraced by Harvard’s institutional personality, The Gazette (where they were given a video/article feature). If so, please listen to 21CC’s debut single “How You Gonna Hate” before continuing.

Doesn’t that sound like it could be the song of the summer? On a campus where most things are triangulated within four dimensions of irony, 21CC’s earnestness combines with genuine musicality to create what serious music critics call a “bop.” And this talent hasn’t gone unnoticed — the group opened for Wale and Lil Yachty at Yardfest last May.

That was a big audience for such a young group. Just four months earlier, 21CC was but a twinkle in the eye of president and co-founder James A. Mathew ’21. Mathew exudes the relaxed-yet-ethical confidence of a startup CEO whose organization isn’t actively making the world worse. Within the taxonomy of boy band archetypes, he’s the “your-best-friend’s-older-brother” type.

Inspired by the jam sessions he had with his classmates, Mathew wanted a more structured way to make music with people whose tastes and backgrounds were different from his own. Mathew, an Indian-American who grew up in a predominantly white neighborhood, was excited to be in a place where new sounds and partnerships were possible. He shared his idea of a diverse music collective with his friend Olivia M. Owens ’21, who made it a reality through a fury of logistics and Google Docs.

The name was originally Mathew’s idea — he wanted to emphasize the diversity of the group while keeping the Harvard element present. Owens came up with the abbreviation. They invited two other friends to join the executive board, then asked the class of 2021 for their portfolios and audition tapes. And so, 21CC was born.

Owens is not a musician. In fact, several members of the 21 contribute non-musical skills like filmmaking. Instead, she’s the self-described “mom” of the group. “I’m a little naggy,” she says, because as director of operations it’s her job to make sure that this massive conglomerate of artsy types slouches towards some semblance of a finished product. In fact, there are so many artists in the group that they rarely rehearse all together.

But Owens is also “always the one checking in emotionally, and hugging, and asking if everybody’s okay.” It is this dual role that places her in a Hegelian dialectic between “the sensitive one” and “the meet-your-parents” type. This aspect of Owen’s personality comes out in her formulation of 21CC’s mission: “We’re just out here spreading diversity, love, and inclusion.”

This vision is what makes Elijah “EJayy” C. De’Vaughn ’21 so excited about 21CC. “What we do is create music of all different styles, all different types,” De’Vaughn says. “We like to showcase all our different artists in the group, whether that’s R&B, hip-hop, country, acoustic.”

In a group with such size and breadth of taste, one would think there would be fierce arguments. One would be correct. But these disagreements aren’t a bug of 21CC. “It was never the intention or the expectation for everyone to agree,” Mathew says. “Ultimately, how we manage with that many voices around the table is by being respectful of one another.” The music comes out stronger in the end. Another bonus of a group so large: the danger of a solo-career spin-off ending 21CC is quite low.

De’Vaughn is one of the many singer/songwriters in 21CC. When asked, he (accurately) classified himself as the “cool, sensitive one.” One gets the feeling that 21CC is made up of about 40 percent “sensitive ones,” a percentage somewhat higher than in the classical boy band archetype-balancing formula. But then again, this group is trying to do something bigger.

“I vehemently believe that art is a way to connect, and to speak to people, and to connect across color lines and socioeconomic lines,” De’Vaughn says. “We want to make music that’s politically conscious, and speaks to bigger ideals of grace, of love, of acceptance and inclusion.”