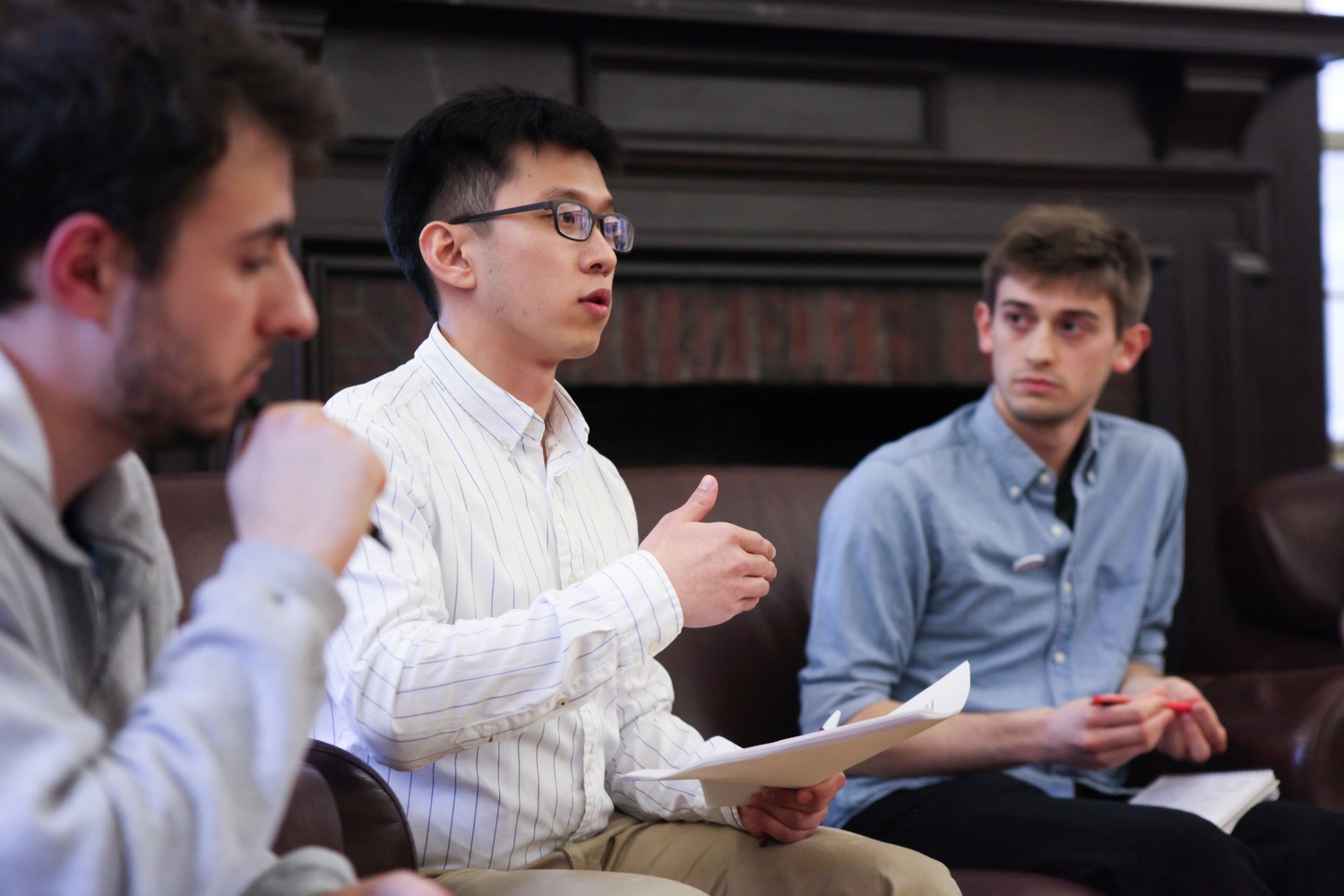 Jae Hyeon Lee, a graduate student in the Department of Physics, argues against unionization at a debate on the issue hosted by The Crimson in early 2018. By Kai R. McNamee
By Shera S. Avi-Yonah and Molly C. McCafferty, Crimson Staff Writers

Though Harvard and its brand-new union have yet to hammer out initial bargaining terms, both University and union representatives say their upcoming negotiations will likely take place behind shut doors, remaining closed to union membership at large.

Organizers for Harvard Graduate Students Union-United Automobile Workers say they will keep students in the loop by offering periodic updates on how things are going. HGSU-UAW bargaining committee member Jennifer K. Austiff wrote in an email that the union will find ways to include all members of the bargaining unit.

“We intend to maximize student worker participation in our campaign for the strongest possible contract,” she wrote. “We will provide regular updates through town halls, department level meetings, and other regular forms of communication."

Negotiations — especially between groups reaching a first-time contract — may stretch for months. In an email, University of Oregon labor law professor Gordon Lafer wrote that Harvard and the union will likely set ground rules at the outset of bargaining that will determine definitively whether discussions continue to take place in private.

“If there's no groundrule [sic] agreement, each side is able to bring whoever they want, but negotiations are not open to the public uninvited,” Lafer wrote.

University spokesperson Melodie L. Jackson wrote in an emailed statement Wednesday night that Harvard has yet to meet with union representatives to formally settle on the details of bargaining, including who can be present during negotiations.

“While we haven't yet met at the bargaining table, we have been in regular communication with union representatives, and we expect to begin collective bargaining in the very near future,” she wrote. “Following our initial meeting, we will have a better sense of how our negotiations will move forward, but it would be unusual for any negotiation to be open to the public.”

Former National Labor Relations Board chairman William B. Gould IV said the negotiators are not legally mandated to consult with other union members even after an agreement is reached. In the past, HGSU-UAW organizers have said they are committed to conducting a union-wide vote to ratify a draft contract with Harvard before they sign a final copy.

“Usually in collective bargaining, the union designates a bargaining team and that bargaining team are the only members that sit down with an employer,” he said. “The union typically presents a tentative agreement and ask[s] for ratification, but they aren’t required to.”

Eligible teaching and research assistants voted to unionize in April 2018, marking a first in Harvard history.