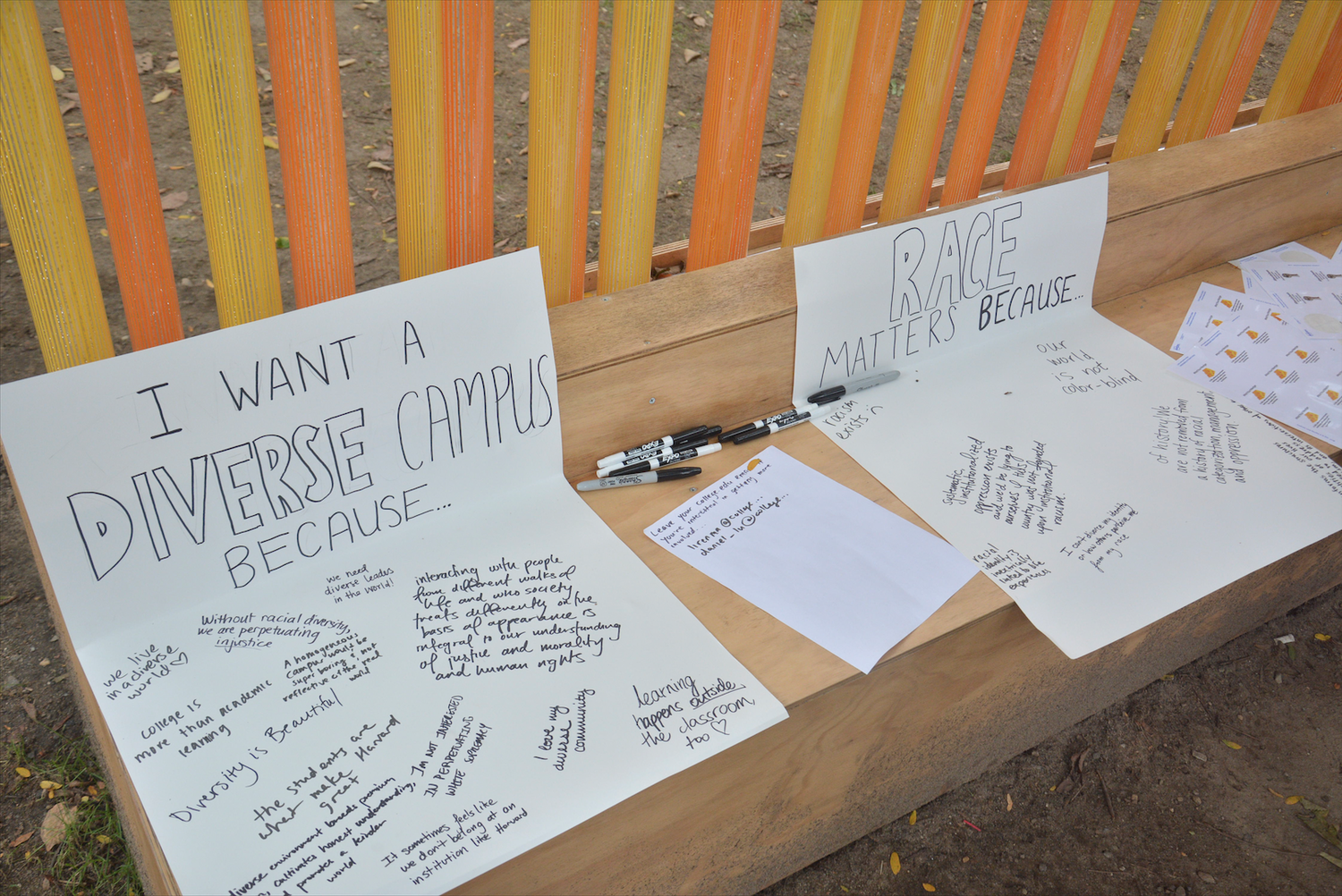 Students flocked to the center of Tercentenary Theatre on a sunny Friday afternoon to break dance, recite slam poetry, and muse about legal history — all in the name of affirmative action in Harvard admissions.

Members of the Task Force on Asian and Pacific American Studies and the Committee on Ethnicity, Migration, Rights organized the “afternoon of education” — entitled “Defending Diversity: A Timeline of Affirmative Action and Race-Conscious Admissions” — to show support for Harvard’s race-based admissions policies.

The event comes as Harvard’s affirmative action policies are set to face a legal challenge in federal court on Oct. 15. The University is facing allegations that its admissions policies discriminate against Asian-American applicants.

Student leaders of TAPAS displayed posters on a large art installation in Tercentenary Theatre outlining the history of affirmative action in American higher education from the post-Civil War era to modern policies at schools like Harvard.

The event included three interpretive student performances as part of its “celebration of diversity.” To open, one student delivered a slam poem in two parts.

In the first portion, the student addressed her poem to Asian tourists in the Yard and spoke of racial dynamics at the College. In the second part, she read from a section of the College’s admissions office website. That section, called “What We Look For,” lists a number of questions for prospective students to consider as they apply.

Members of the Harvard Breakers followed the poem; the break dance troupe performed in the center of the art installation as students and tourists looked on. Two student musicians — one on the flute and the other on the violin — closed out the event with a classical performance.

Visitors to the event were able to write comments and sign their names on posters asking about the value of diversity and discussions about race.

Emily C. Zhu ’20, a member of TAPAS who was involved in organizing the Friday event, said the hour was aimed at sparking conversation around campus about the relationship between racial diversity and college admissions.

“We feel that a lot of people are, perhaps, not super-familiar with what affirmative action actually is or its history,” Zhu said. “So we just wanted to do some education, raise some awareness, and just get people out hear and talking about what is happening.”

The “Defending Diversity” event was not the first time Harvard students have spoken out in support of the University as its admissions controversy comes to a head.

In late August, 25 Harvard student and alumni groups filed an amicus brief arguing their school “must consider race” in order to reap the benefits of a diverse student body. A Harvard senior recently filed highly personal ratings and evaluations from his admissions file in a show of public support. And several students and alumni have now petitioned the judge overseeing the case for permission to testify at the trial.

The art installation in Tercentenary Theatre, which will be on display until Oct. 1, is intended to be “a space for public dialogue and performance.” Student groups will host events around the installation throughout the remainder of its time in the Yard.