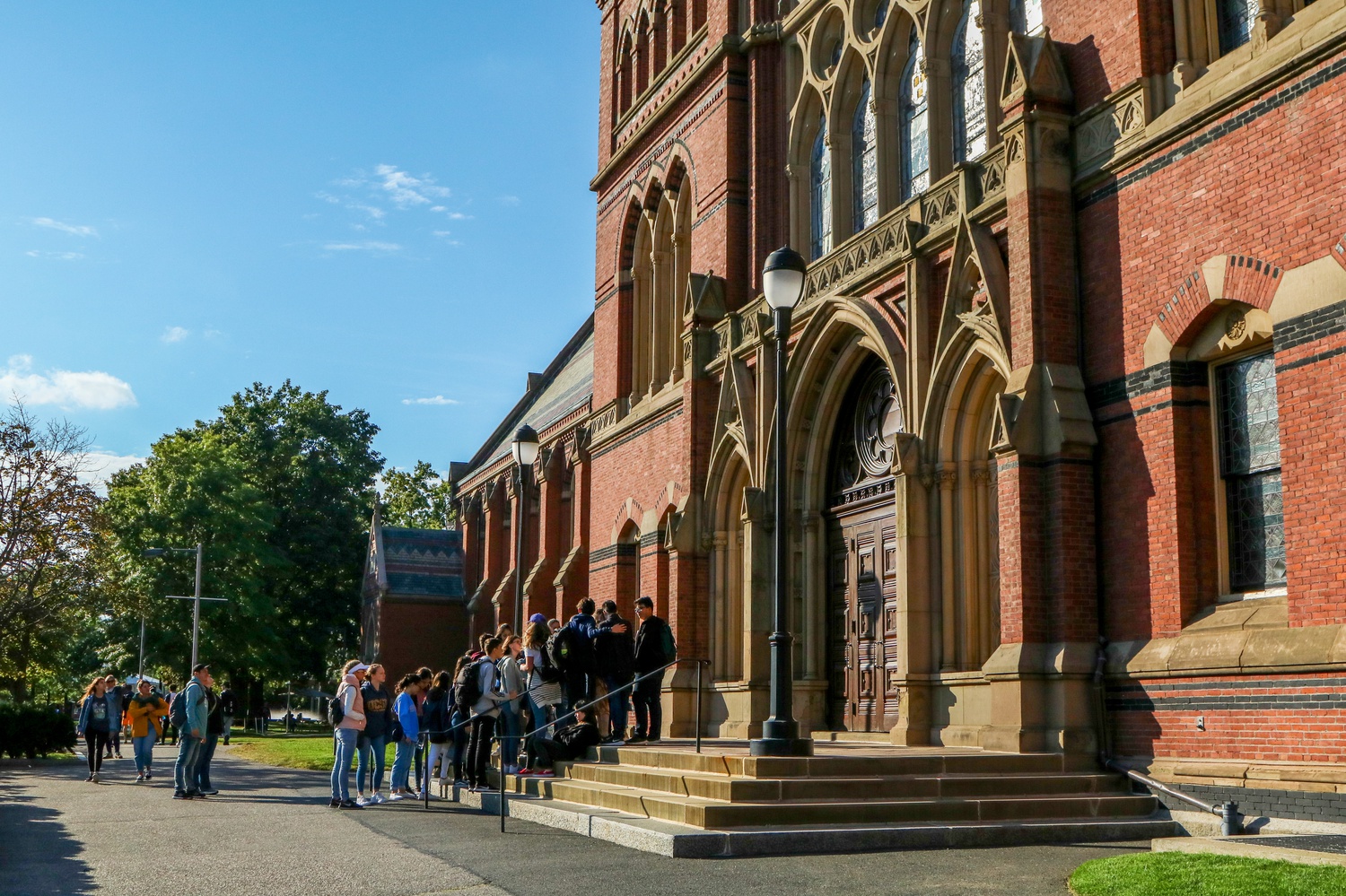 In the wake of University President Lawrence S. Bacow’s comments last week comparing Harvard’s relationship with donors to slavery, several campus organizations and affiliates have called for Bacow to support divestment of the University’s endowment from companies with ties to the prison system.

In a meeting last week with Alumni Affairs and Development staff, Bacow referred to the 13th Amendment while arguing that just as people cannot own slaves, Harvard’s schools cannot “own” their alumni and limit their donations to other schools. The comment upset some of the staff members present, and Bacow apologized for his comments Saturday in an email to meeting attendees.

“I regret that these comments caused offense. That certainly was not my intent,” Bacow wrote in the email. “I hoped to convey my belief that our collective job is to help our donors achieve their philanthropic objectives, which might include supporting activities in schools where they enjoyed no prior affiliation.”

Some student organizations drafted statements calling on Bacow to issue a more substantive apology after the Boston Globe first reported his analogy. They argued that Bacow could prove the sincerity of his apology by committing to prison divestment.

The Harvard Prison Divestment Campaign condemned Bacow’s slavery comparison and wrote in a statement released on Twitter that Bacow’s words demonstrated he has a “crass understanding” of the legacy of slavery and its ties to the prison system — which they say is a continuation of slavery.

HPDC member Zoe L. Hopkins ’22 said in an interview that in light of his comments, Bacow should back divestment from the prison industry given its ties to the “legacies of violence” of slavery.

“If he had any understanding of this violence, and dared to step out of the ivory tower that is Massachusetts Hall, and look around...him, he would see the legacies of violence slavery has left behind,” Hopkins said. “And if he understood those legacies, he would have divested from prisons the moment he got here.”

University spokesperson Jonathan L. Swain did not respond to a request for comment.

The Harvard College Democrats released a statement Sunday morning that sharply criticized Bacow’s remarks, saying his comments “stand in diametric opposition to the values” of their organization and Harvard at large.

“At a time when Harvard must more fully reckon with its dark history of enabling and practicing slavery, it is unacceptable for its leader to compare alumni donors to enslaved persons and revised donor rules to the 13th Amendment,” the statement reads. “It’s time for him to make his apology real by divesting our institution from the prison-industrial complex.”

Harvard College Democrats President Henry “Hank” R. Sparks ’21 said the group issued a statement because they felt they had something to “add to the narrative” and wanted to reaffirm their call for Bacow to support prison divestment.

“We think that Bacow's comments sort of reflect an idea that slavery is something that happened in the past, and that has no bearing on today and so therefore, you can use it as an analogy whenever you want to,” Sparks said. “That isn't the case.”

Some University affiliates took to Twitter individually to criticize Bacow’s comments. Harvard Kennedy School Professor Khalil G. Muhammad wrote on Twitter that Bacow’s analogy comes as Harvard grapples with issues like ties to controversial donors and how it should invest its endowment. Muhammad referenced billionaire and convicted sex offender Jeffrey Epstein, who gave nearly $9 million to the University; Harvard is currently reviewing those gifts.

“In light of other issues around fossil fuel divestment campaigns and prison divestment campaigns and some very unsavory, wealthy givers like Jeffrey Epstein, it just seems like the president needs to set a higher standard, in general, for how Harvard thinks about fundraising, and its relationship to wealthy people,” Muhammad said in an interview.