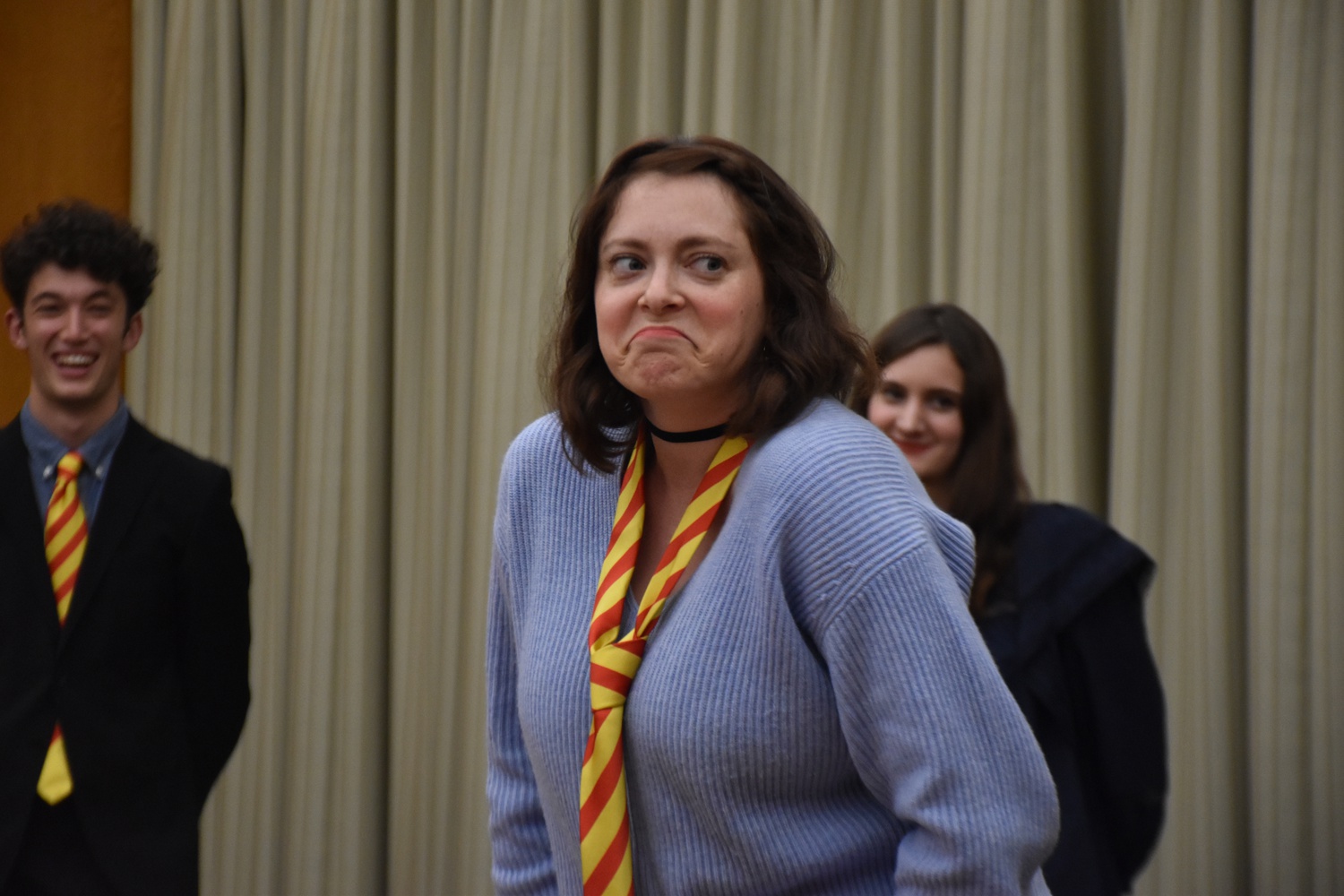 Rachel Bloom, co-creator and lead of the television show Crazy Ex-Girlfriend, entertained at the Student Organization Center at Hilles Penthouse Friday night. By Joshua A. Ng
By Artea Brahaj and Callia A. Chuang, Contributing Writers

Bloom said at the beginning of the show that she was especially excited to perform at Harvard, particularly with IGP.

“My writing partner, who co-created ‘Crazy Ex-Girlfriend,’ Aline Brosh McKenna, went to Harvard, which is why my character [on the show] did,” Bloom said. “Her boyfriend was one of the founding members of this improv troupe.”

The IGP members, all dressed in their signature red and yellow-striped ties, inaugurated Bloom as an honorary member of the troupe and presented her with a tie of her own, a Harvard sweatshirt, and a plaque.

The group conducted the show in “Armando form,” in which skits are interspersed with short stories. Bloom improvised two short stories using words volunteered by the audience — including “shofar” and “dragon.” The students in IGP then performed a series of skits inspired by her stories. At certain points in the performance, Bloom joined the IGP members in their scenes.

“She brought a great energy, I think, to the show,” IGP member Claire K. Yoo ’23 said. “She came out just wanting to improv with us, which was super cool.” 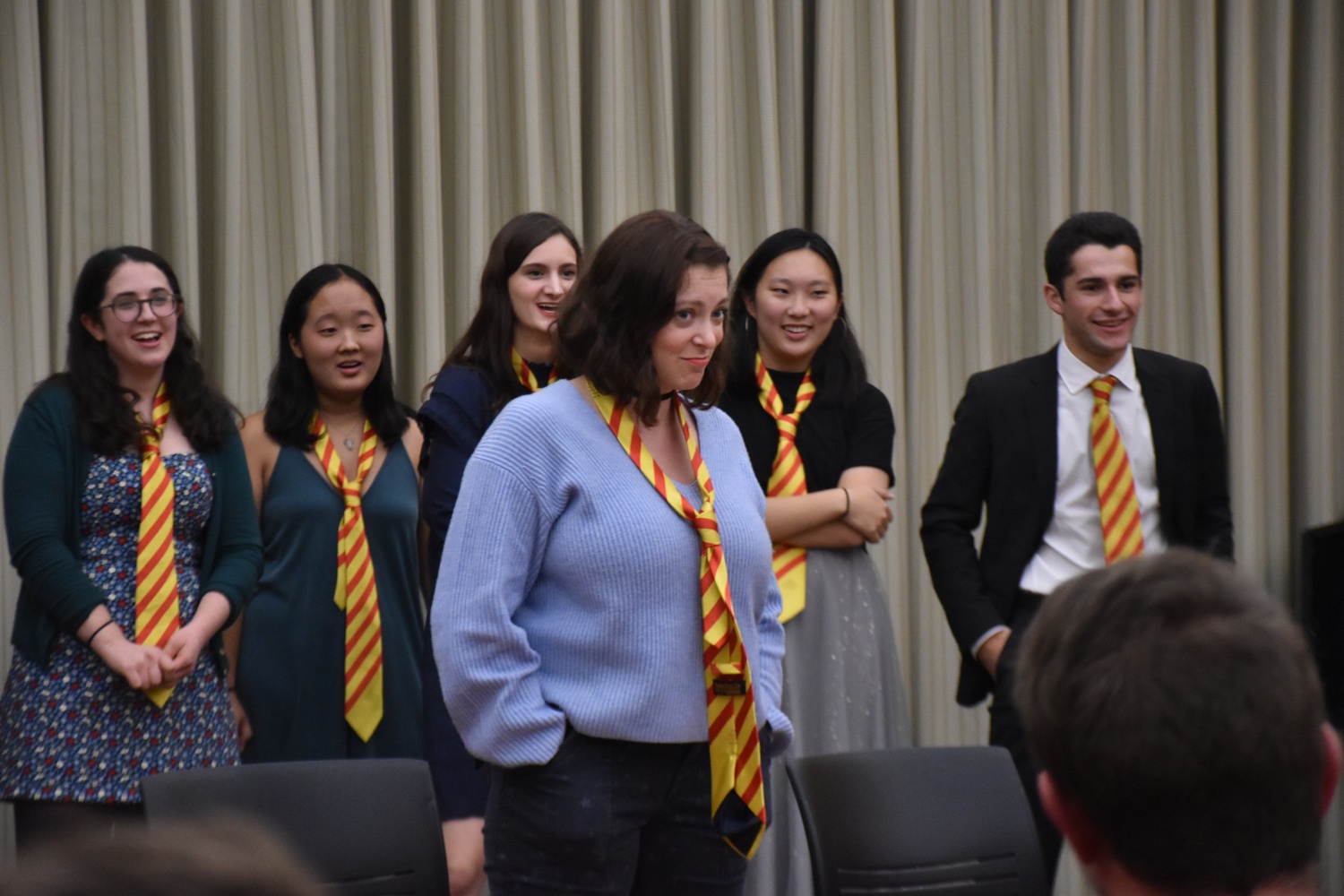 The Immediate Gratification Players recognized Rachel Bloom, a Golden Globe-winning actor and co-creator of Crazy Ex-Girlfriend, as their Player of the Year. By Joshua A. Ng

The sound of laughter and applause filled the room of the Student Organization Center at Hilles Penthouse throughout the performance. Roughly 150 people attended the event.

Several audience members said they appreciated Bloom’s wit, creativity, and ability to seamlessly enter a scene. Garrett W. Tanzer ’20 said he is a frequent patron of IGP shows and that he enjoyed the fluid structure of the performance.

“It’s always good when the whole performance is cohesive, like the skits connect to each other,” Tanzer said. “They’ve been doing that more recently.”

Past winners of the IGP Player of the Year award include Comedy Central sketch comedian Keegan-Michael Key, “Parks and Recreation” star Nick Offerman, and “Whose Line Is It Anyway?” comedy actor Colin A. Mochrie.

Audience member Helen M. Dajer, whose son was a member of IGP, said she enjoyed the fresh perspective provided by having a woman represented as the IGP Player of the Year.