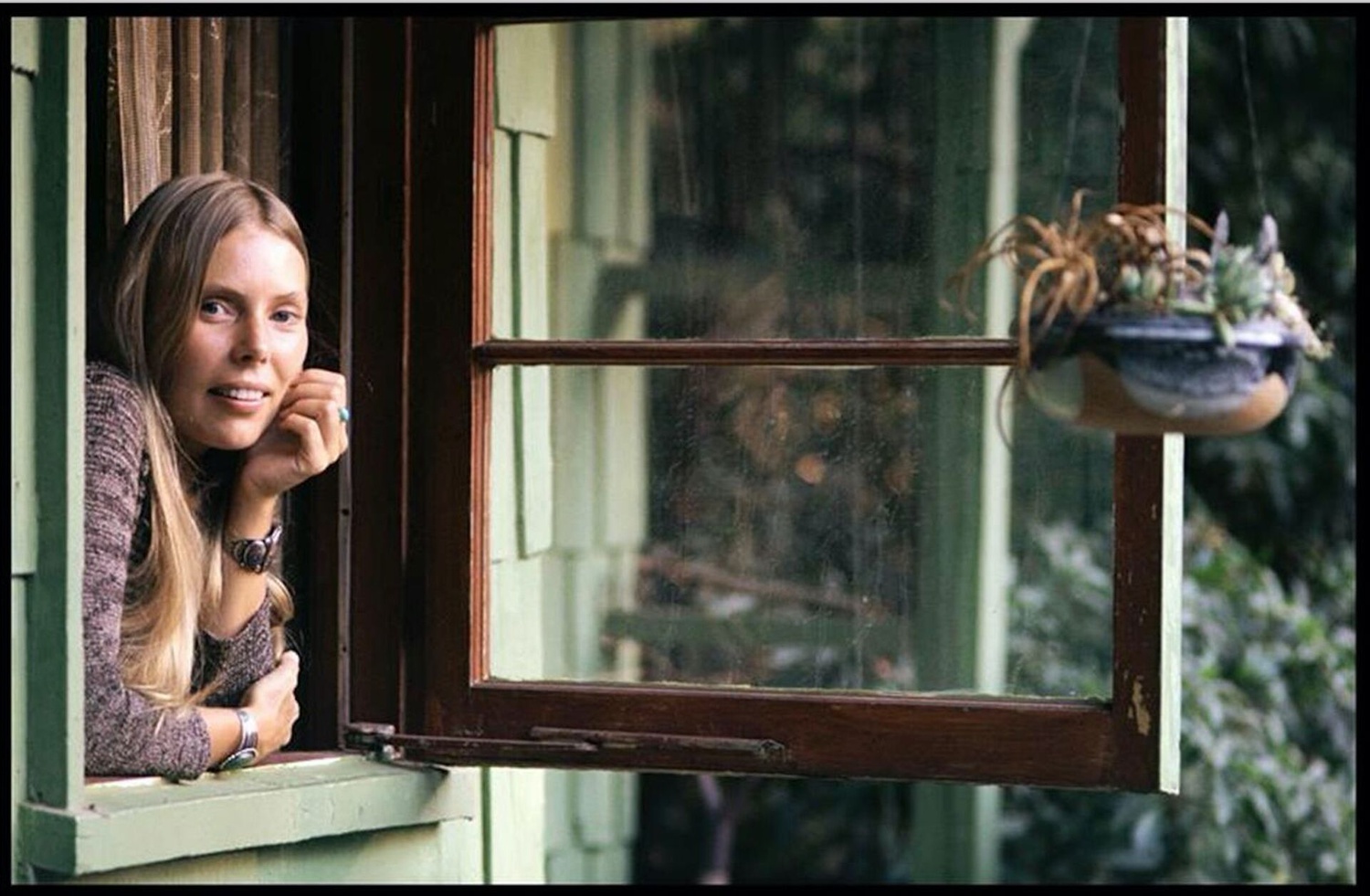 “I just tried to take interesting photos to entertain my stoned hippie friends,” photographer Henry Diltz said of his career during his Oct. 7 talk with photographer Mick Rock.

The two gave a presentation at Boston’s City Winery as part of their Behind The Lens tour. Sponsored by Morrison Hotel Gallery, the tour featured the two artists discussing their influential work in documenting music from the ‘60s and ‘70s and treating the audience to their images and the stories behind them.

The event started with Diltz, followed on to the stage by his long gray ponytail. A prolific figure in the American folk and rock scenes, Diltz was dubbed “the man who captured it all” by the legends on the other side of his camera.

Diltz spoke extensively of his time in Los Angeles’ folk mecca, Laurel Canyon. He started there as a folk musician and eventually became a photographer in 1966, where, he said, “I picked up a camera by accident.” He then took the audience through various of his most iconic images of bands like Buffalo Springfield (the first group he ever photographed), David Crosby of Crosby, Stills, & Nash with his protegé Joni Mitchell, Eric Clapton, John Sebastian, The Eagles (with whom he drank Peyote tea), Neil Young (and the cows on his ranch), James Taylor, Bob Dylan, Paul McCartney, and The Doors. When asked if he ever “smoked grass” with any of them, he replied in proper hippie fashion that he had smoked with “every single one.”

“These guys were all heroes to me. I got to hang out with and photograph all my heroes,” he said in his talk. In an earlier interview with The Crimson, Diltz expanded on the relationships he formed with the subjects of his photos.

“The people we photographed, even the famous ones, were friends of ours... We were hanging out. Just livin’ the life,” he said.

A story accompanied each image he brought up on the slideshow: stories about drugs, music, and the legends who, more often than not, did both. He also spoke about later endeavors, including his one “magic picture” of Kurt Cobain — magic because it should’ve been too blurry and too dark, but came out perfect.

When he moved on to talk about photographing Woodstock in the summer of 1969, the audience’s fascination grew. As the festival’s official photographer, he captured it all, including a photo of Jimi Hendrix during his rendition of the Star Spangled Banner.

“We were all hippies there who hated the war…. We were peace and love hippies, then he played that song, and we thought, ‘that’s not our song that’s their song.’ But then we realized, ‘Wait, he’s reclaiming it for us,’” Diltz said of Hendrix’s performance.

To end his presentation, Diltz left the crowd with the evolution of the Woodstock festivals in images, ending on an image from Woodstock 1999, where, he said, “there were topless girlfriends on boyfriends’ shoulders as far as they eye could see.”

After a short intermission, Mick Rock took to the stage, donning a denim jacket, a scarf, and dark sunglasses. Armed with stories of British glam and rock n’ roll excess, he spoke of how the era of rock was “a complete revolution and most people ignored it.”

“You’re talking about ‘69. All that sex, drugs, rock n’ roll. All that naughtiness, but it was a good time,” Rock said.

Like Diltz, Rock took the audience through some of his works, such as the album covers for Queen’s “Queen II” and “Sheer Heart Attack” (punctuated by remarks such as “I mean, Freddie [Mercury] was a nice guy, I’ll tell you that…. I mean look at him! Woof! Blistering”). He also showed photographs of Syd Barret, Blondie’s Debbie Harry, and The Ramones. Endless pictures of David Bowie from his time as his official photographer were interrupted by remarks like,“Oh David, so fabulously hot, right?” After a picture of a particularly shaggy-haired Mick Jagger, he said, “I like this one ‘cause he looks like a fuckin’ rooster.”

Rock also touched on the drug use of the ‘80s rock scene. “It doesn’t get in the way of art, but it does a little bit,” he said, referencing his own near-death experience.

When asked in an earlier interview what started his career, his answer was simple. “LSD,” he said. “I was on an acid trip and I picked up a wealthy friend’s camera and started playing, and that got me kind of intrigued. Especially the little explosions every time I press the button.”

Though Rock’s talk was riddled with obscenities and stories of debauchery, he ended his section of the event with some vulnerability. “Anyway, that’s your lot…. I did the best I could, and I hope it wasn’t too fucking dull,” he said.

The two photographers then joined fans for a meet and greet, selling signed prints of some of their most famous photographs.

“My passion has always been music and I’ve been lucky enough to be around music all my life,” said Peter Blachley, the producer of the tour and one of the founders of Morrison Hotel Gallery. “That’s what we’re doing and I hope to do more of them,” he said.

Audience member Beyer E. Bullard said her favorite part of the evening was learning about the stories behind the images.

“I mean, you look at it, just as an outside viewer, and you don’t know that there’s a story behind it,” she said, citing one of Diltz’s many anecdotes. “It’s that kind of story and detail that creates more of an experience. It makes it more than a photo.”