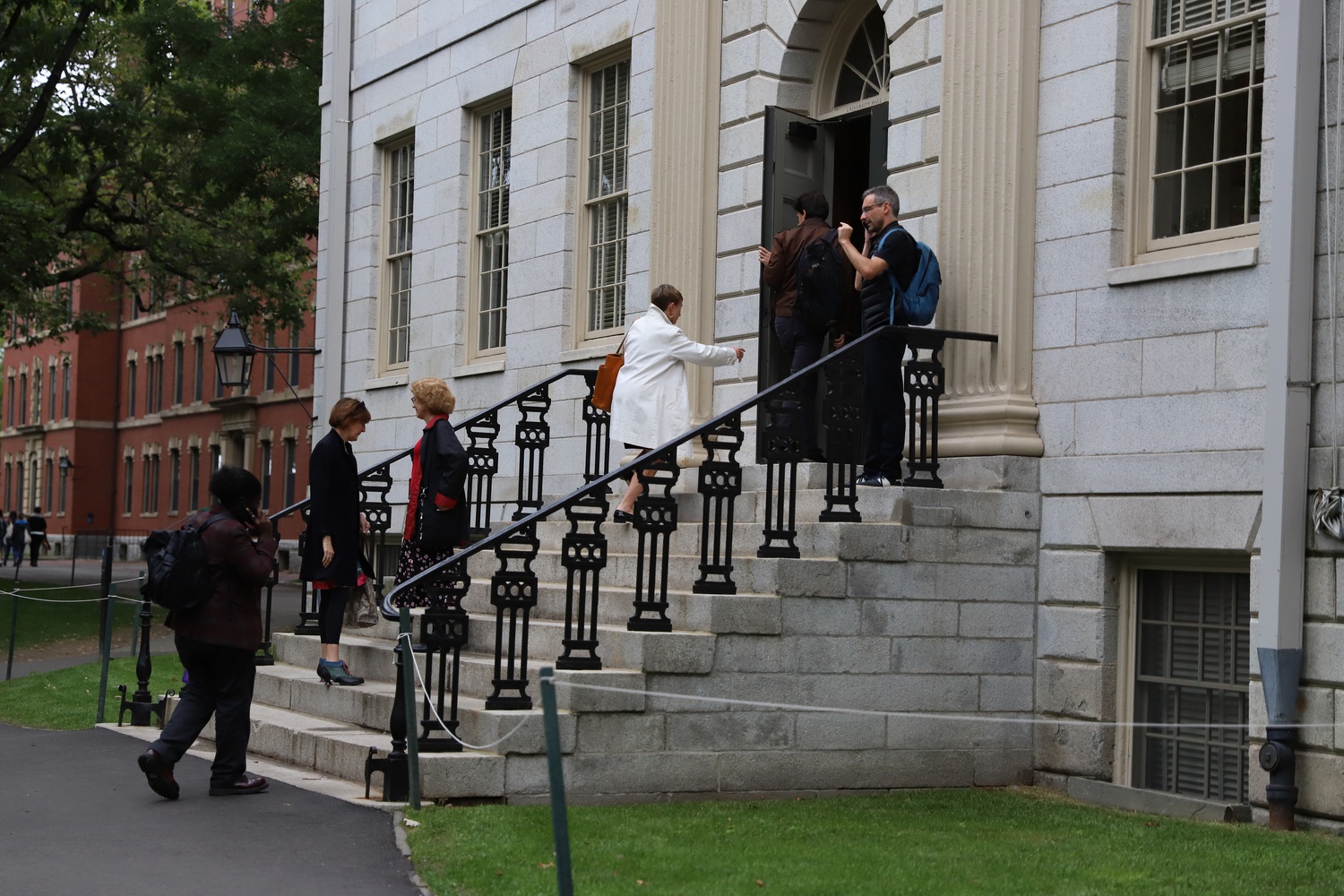 The Faculty of Arts and Sciences expects its financial woes to “deepen” as the University braces for an impending recession, Dean of Administration and Finance Leslie A. Kirwan ’79 told the Faculty at its monthly meeting Tuesday.

In a presentation of the FAS Dean’s annual report on the school’s finances and hiring, Kirwan warned the faculty of “ominous financial signs on the horizon,” including uncertain federal research funding and the endowment tax that took effect this year.

“Our challenges will continue and are expected to deepen in the near future,” she said.

Despite raking in a $13.6 million surplus this year, FAS continues to operate on “infinitesimal” margins, Kirwan said. She said the surplus is relatively small compared to FAS’s budget of approximately $1.5 billion, and the school is restricted in its ability to spend its budget. Without an internal debt restructuring agreement FAS reached with the University in 2017, it would likely be running a deficit, Kirwan added.

Even after more than a decade of constrained revenues in the wake of the recession, FAS still has limited “flexibility” to address the financial challenges on the horizon, Kirwan said. She noted that FAS is not growing its administrative portfolio staff, though it is growing its research staff.

Kirwan praised FAS’s “fiscal discipline,” saying that despite growing depreciation of its assets, it has attained the “elusive goal” of a balanced budget. She also highlighted the continued growth of the Harvard Financial Aid Initiative — which for the first time this year topped $200 million — as a financial bright spot.

The faculty also discussed climate change — and possible responses that the University could take to address the crisis — at Tuesday’s meeting.

Though University President Lawrence S. Bacow did not attend the meeting, his perspective on the University’s endowment loomed large in the discussion. Several faculty members demanded more decisive action from the University, including divesting its endowment from fossil fuel-related companies.

More than 350 faculty members have already signed a petition calling on Harvard to divest from fossil fuels.

Philosophy professor Edward J. Hall called on the University to demonstrate “true leadership” among its peer institutions and the broader public in an address that garnered thunderous applause from the hundreds of faculty who filled seats and lined the walls in University Hall.

“The FAS faculty has never as a group discussed the nature of this crisis and how we might address it,” he said. “It is imperative that we do so.”

Hall and six other professors have previously asked Bacow to hold a forum on fossil fuel divestment. Bacow agreed in April to discuss the issue with faculty and will do so at the November faculty meeting.

University spokesperson Jonathan L. Swain declined to comment on the faculty’s remarks. Bacow has previously stated that while the University must play a role in addressing climate change, he does not believe divestment is the correct mechanism to do so. He has instead said that Harvard must engage with fossil fuel companies and invest in climate research.

“When the fossil fuel industry undermines public confidence in scientific evidence, then it no longer matters how much evidence we produce, or how persuasive we, as scholars, find that evidence to be,” Chaplin said.

English professor James Engell called for an even more comprehensive approach to confronting climate change, suggesting that in addition to divestment, the University might consider limiting travel to academic conferences. In addition, Engell asked Harvard leaders to press for improved Boston metropolitan area public transit so that fewer faculty have to drive to work; create a mandatory educational module similar to the College’s online Title IX training; and consider every possible avenue to reduce the University’s carbon footprint.

“These seem to be incandescent bulbs,” Engell added, glancing up at the crystal chandelier above him. “Let us look everywhere. All hands on deck.”

Classics professor Richard F. Thomas urged faculty members to return for November’s meeting, when they will be able to confront Bacow directly on the issue of divestment.

“This is the year in which we hope to get real results,” Thomas said.