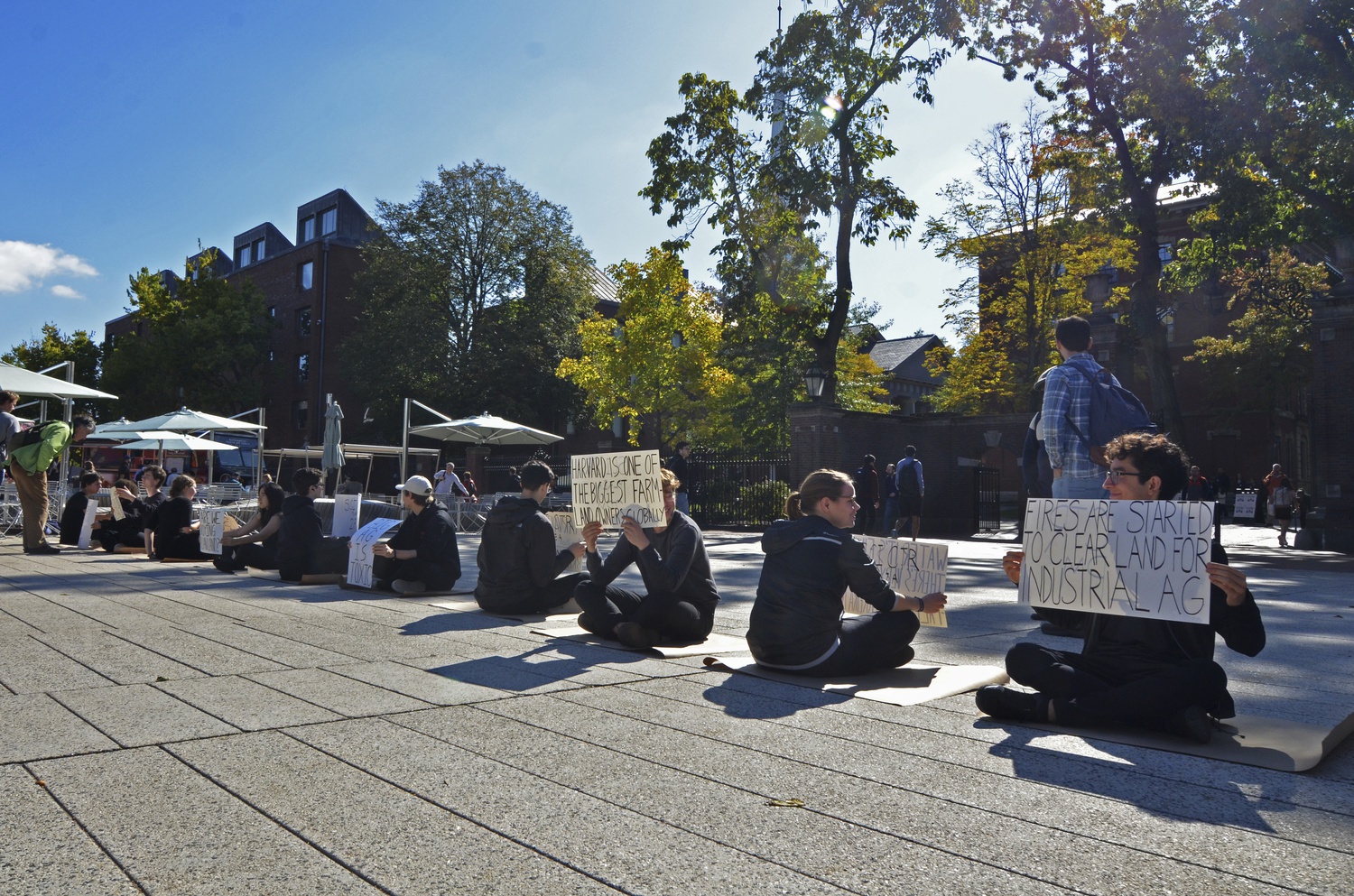 Divest Harvard — a student group demanding the University divest from fossil fuels — hosted a day of events Monday calling attention to Harvard’s ownership of Brazilian land and reigniting its calls for the school to sell those holdings in the name of environmentalism.

Members of Divest Harvard have remained vocal about Harvard’s investments in land and agribusiness around the world. The Harvard Management Company — the University’s investing arm — owns 300,000 hectares of land in the Brazilian Cerrado, an area of wooded grasslands that border the Amazon rainforest, according to a 2018 report by activist group Genetic Resources Action International.

Later in the day, more than 20 protesters gathered to hear Altamiran L. Ribeiro, an organizer from the Pastoral Land Commission of the Catholic Church in Piaui­, Brazil, speak about Harvard’s land ownership in Brazil. Ribeiro was joined by members of ActionAid, a global organization that seeks to promote women’s rights and work against poverty and injustice.

Ribeiro said he believes that the land investments in the Cerrado are harmful to land and water sources and negatively impact surrounding residents of the region, including indigenous people.

“We cannot allow [Harvard] to say they’re investing there to guarantee the future of the University and those who will have their pensions and investments, because that’s a big lie,” he said. “The profit that comes from those investments is a profit that is tainted with blood, pain, and suffering from those communities.”

“HMC does not comment on specific investments,” McKiernan wrote in an email Monday.