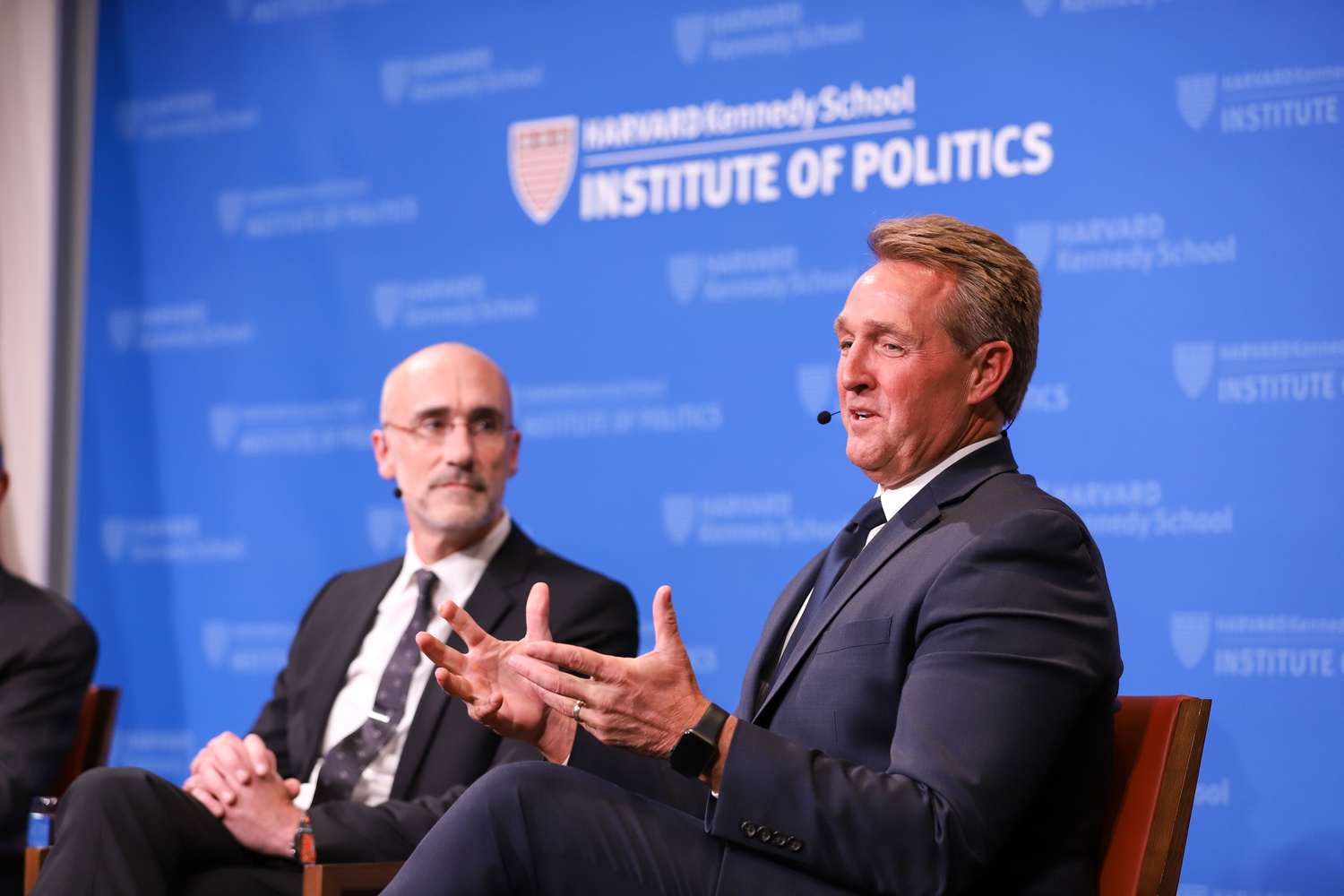 Hundreds of students, faculty, and alumni filled the John F. Kennedy Jr. Forum to listen to panelists discuss the transition from traditional to modern American conservatism at an event hosted by the Harvard Kennedy School’s Institute of Politics on Wednesday evening.

The panelists opened the discussion by defining conservatism in their own words. Will began by outlining the government’s role in protecting natural rights as well as stating the importance of maintaining a separation of powers within the federal system.

Brooks expanded on the importance of protecting natural rights and said he believes opportunity stems from American conservatism.

“What attracted me to American conservatism was two basic concepts: one is the belief that there's a radical equality of human dignity, and that there's a limitlessness of human potential,” Brooks said.

Will said that these are the basic principles that have traditionally influenced conservative domestic and foreign policy.

Flake said that President Donald Trump’s recent foreign policy move to withdraw remaining U.S. troops from Syria reflected poorly on traditional conservatism. Flake reiterated that he did not support Trump when he ran for office in 2016 because he believes that Trump does not embody traditional Republican ideology.

“I'm glad that there has been the pushback ... perhaps I just wish that the President had listened to it beforehand,” Will said.

Stewart then asked the panelists to discuss modern conservatism and how it relates to populism.

Flake said the rise of populism could be dangerous for the Republican party because of changing demographics. He cited Arizona’s recent election of a Democratic senator — the first Democrat to be elected to this office in 30 years — as an example of this change.

“I think the conservative message plays well for immigrants and every American, but you've got to get in the door,” Flake said. “The problem is politics today, for Republicans, the harsh tone and rhetoric and language used doesn't allow conservatives or Republicans to actually get that message.”

Before the event transitioned to a question and answer session with the audience, Stewart asked the panelists what advice they would give to young conservatives who are navigating today’s political environment. Brooks said people must distinguish between political theory and party politics.

Attendee Benjamin A. Landau '23 shared his thoughts on the panel at the discussion’s conclusion. Landau — who said he is unsure of his political identity — said that one of his primary motivations for attending the forum was his interest in the development of American politics in recent years. He cited a lack of conservative discourse as another reason to why he wanted to listen to the speakers.

“I think on this college campus and on most college campuses you don’t really hear conservative points of view, and [the panelists] having this opportunity is great to just get them in the spotlight,” he said.