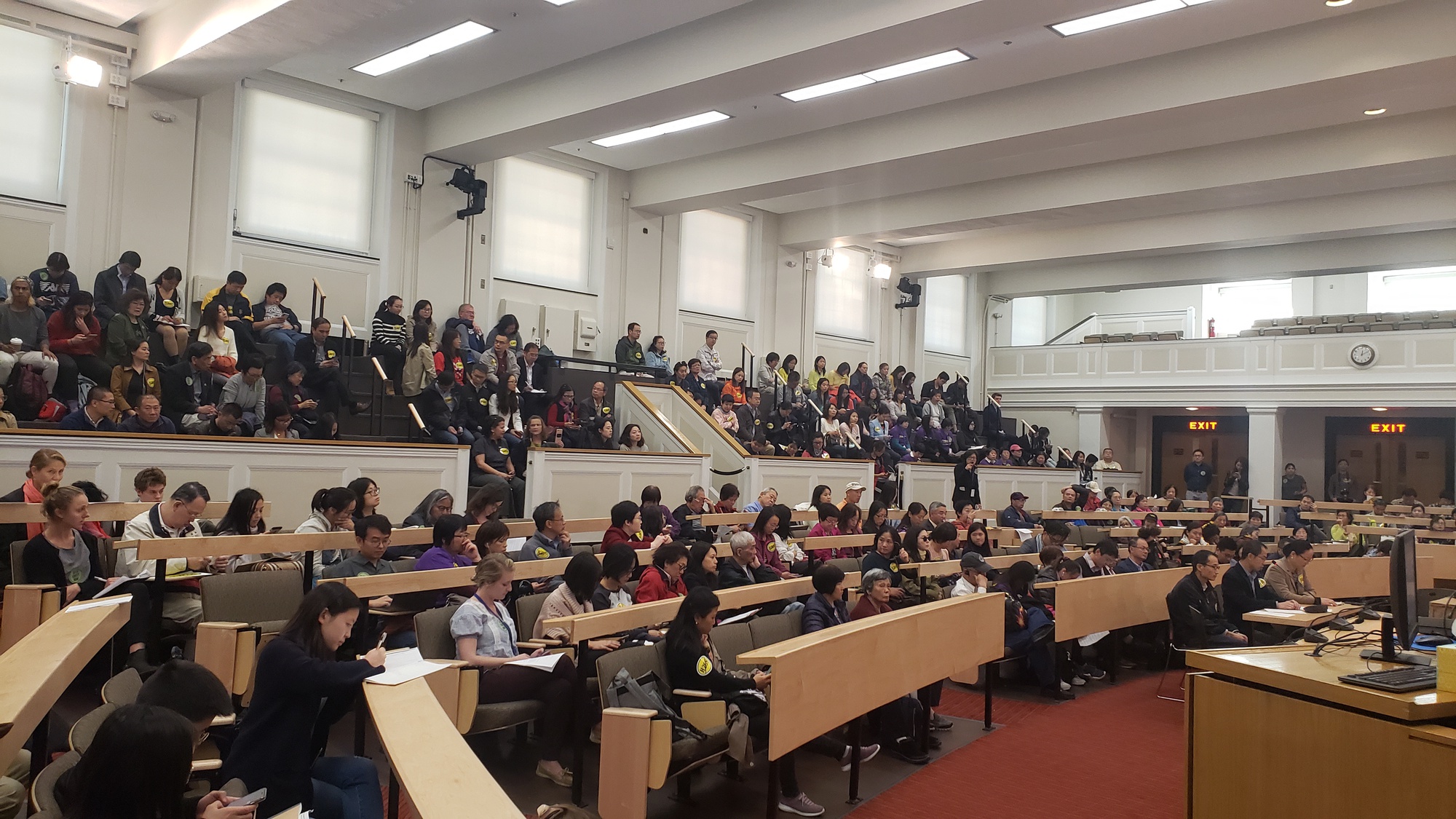 Please Choose the Most Representative Answer

To some, this is little more than another bubble to fill on a fifteen-page form or test. But do these multiple choice options oversimplify the nuances of one’s racial identity?
By Felicia Y. Ho and Kevin Tan

“Please indicate how you identify yourself.”

A version of this request appears on standardized tests, government forms, and medical questionnaires. To some, this is little more than another bubble to fill on a fifteen-page form or test. But do these multiple choice options oversimplify the nuances of one’s racial identity? Since the introduction of the Data Equity Bill in January —officially called Massachusetts Bill H.2681 — Massachusetts advocates have debated this question.

Most recently, this debate continued at the first hearing for the Data Equity Bill on Oct. 15 at the State House. Filed by Representative Tackey Chan, the bill mandates state agencies to collect additional racial demographic data by giving survey takers the option to further specify their racial identity⁠—including options like Vietnamese, Cambodian, Chinese, Puerto Rican, or Dominican. The bill aims to provide additional information that nonprofit organizations and official agencies can use to better allocate their funds toward specific populations’ needs.

Chan proposed the bill with the goal that it will facilitate better representation for Asian American constituents. As a Chinese American, Chan said he has experienced the consequences of the model minority myth — the generalized assumption that Asian Americans have higher socioeconomic success — first-hand. Chan explains that aggregate data “will show, for example, that [Asian Americans] have higher educational attention levels but, in reality, when you break into those subsets, the Vietnamese and Cambodians have lower graduation rates and access to higher university.”

“These stereotypes only hurt us,” says Chan.

Without more specific data, government programs are unable to fulfill the particular needs of the communities they serve, Chan says. For instance, Meals on Wheels, a program that delivers daily hot meals to seniors who are unable to prepare their own meals, serves seniors the same meal regardless of their cultural backgrounds and tastes. Chan explains that many Asian Americans have petitioned to the program to be sensitive of culturally-specific palates.

“Everyone deserves the same equal treatment, but we don't have cultural competency and knowledge of our different segments as well as the identification of need,” he says.

Following in the footsteps of states like California, which passed a similar bill in 2016, Chan intends for the Data Equity Bill to be inclusive of every demographic so representatives can better identify the specific areas of need in their districts. In the long term, he believes that increasing available data can be used to discern “patterns” that will help combat issues like racial profiling and police brutality.

For many, however, the effort to accrue and index more information about race poses a question about what the government will do with this data. According to an article from the Patriot Ledger, one speaker at Tuesday’s hearing was concerned that the bill would give the government “new [race-based] labels to apply” that could further racial discrimination.

Senator Dean A. Tran, a major voice of opposition against the bill, believes it will only further divide and segregate an already disconnected Asian American community. A Vietnamese American who emigrated to the United States at the age of four, Tran explains that this bill is an issue close to heart. “The one thing I’m most proud of is that I represent the entire Asian American community.”

If Asian American is split into multiple, disparate identities through data representation, Tran worries that the amount of aid money given to Asian American groups won’t increase, but that each newly divided subgroup will get a small, insufficient portion of it.

“The reality is that [a subgroup] is not going to be recognized,” says Tran. “Our goal is to make the Asian American community stronger and more influential, and this bill does the opposite.”

“You can break one chopstick, but you can’t break multiple chopsticks,” says Tran, referring to a Chinese proverb that emphasizes strength in numbers.

As the debate surrounding the Data Equity Bill continues, Tran, despite his stance, implores Massachusetts to carefully consider both sides of the argument before deciding where they stand on the issue.

“I hope the younger generation educates themselves on the pros and cons of such a bill, and not just the talking points from either side.”