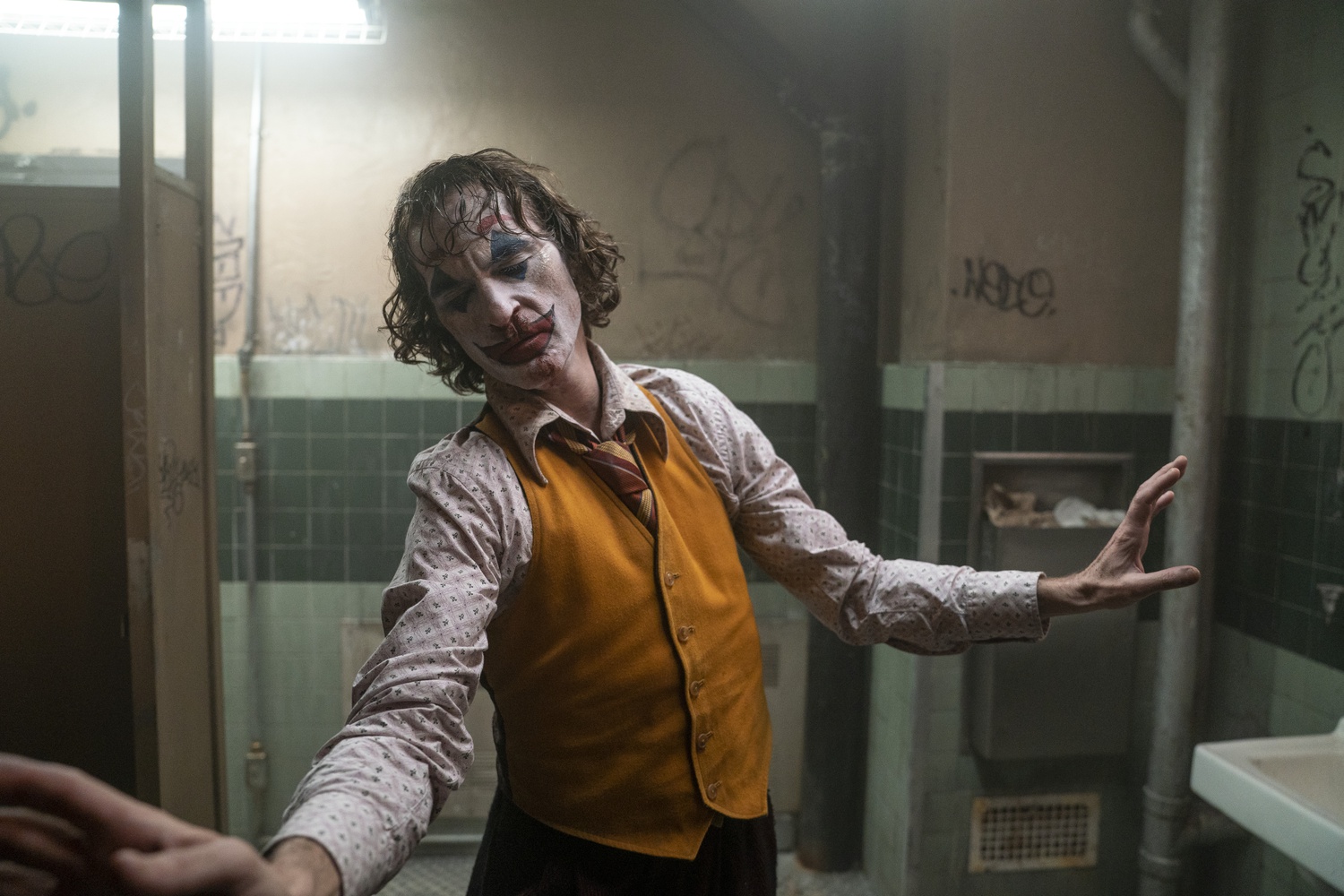 As grounded as it is disturbing, Todd Phillips' "Joker" bills itself as a layered character study befitting the titular comic book icon, but falters under the weight of its own astonishingly grand vision. Phillips borrows heavily from the Scorsese films that shaped cinema from the ‘70s to ‘80s (especially "Taxi Driver" and "King of Comedy"). But without the same depth of character development or emotional involvement, "Joker" is often unsatisfying: a recycled empty shell of better, legendary films that neither adds to the masterpieces it's copying from, nor embodies the same emotional resonance that made them successful. What does "Joker" a worthwhile experience, however, is Joaquin Phoenix's sublime central performance.

"Joker" follows Arthur Fleck, an aspiring stand-up comedian whose lifelong dream is to become a talk show host. Socially awkward and marginalized by society, Fleck fantasizes himself being well-loved by everyone — from his next-door neighbor to crowds watching his stand-up gigs. The plot, if it can be called that, and in an effort to prevent spoilers, can be reduced to two exciting incidents, the second of which disproves the first. In other words, Phillips took the premise of Scorsese's "The King of Comedy," scalped half the character development, then stretched the remains over 121 minutes.

With only a handful of scenes that spark empathy (rather than pity) or generate tension in the film's first two acts, "Joker" is often static: 40 minutes in, all Phillips manages to accomplish is sketch a rough outline of Fleck's character (or more fittingly, characteristic). Phillips doesn't stop at one scene to show the audience that Fleck is marginalized for a laughing disorder. Phillips doesn't stop at two scenes. And every such consequential scene is accompanied by a marginal increase in frustration. Phillip's point of repetition, at least, isn't lost: Anyone that suffers such routine tribulations is bound to eventually crack under such pressure. However, with a character that offers so much to unpack, it's questionably inefficient that Phillips chose to onslaught viewers with exposition that at one point was literally written on the screen.

It's easy to argue that one isn't supposed to emotionally follow such a disturbed character. But with gorgeous tracking shots that follow behind Fleck, and uncomfortable close-ups tinted in shades of depersonalizing blue by cinematographer Lawrence Sher, "Joker" perhaps doesn't expect audiences to sympathize with Fleck, but at least expects them to empathize with him. However, that effect isn't fully realized in Phillips' film — possibly due to occasionally unsubtle writing. It's not that it's impossible to follow a protagonist without a moral center, either. Take "Raging Bull," a character study about a hothead so unlikable that he abuses his wife over paranoia she's cheating with his brother, then brawls with his brother over that same unfounded fear. Or Dan Gilroy's recent "Nightcrawler," which follows a sociopath-turned-newscaster who resorts to causing car crashes in order to be the first to film them.

There will be those who say that "Joker" is a rumination on class structure — a critique of the divided, apathetic society we live in today. But it's one thing to balance a timely, subtle criticism of social tension (which Phillips tries so hard to convey) and it's another thing entirely to point at things and say what doesn't work (which is what "Joker" ends up doing). For a film with so much thematic ambition, it's rather disappointing that Phillips settles for hand-holding the audience through the most conspicuous concluding monologue that marginalizing people is wrong.

For its unapologetic commitment to violence and atmospheric paranoia, "Joker" doesn't linger out of the theater like its self-billed, protracted thought-piece suggests either. Some scenes are viscerally shocking and drenched with paranoid tension; the film's conclusion, in particular, is incredible. Phillips' success in short stretches like these makes it all the more striking that his product as a whole is so forgettable. Ultimately, these scenes are too few and far between, and would have been easily elevated with more fleshed-out character motivations.

The true highlight of "Joker" is Phoenix's unflinching performance as the titular character. He embodies the role with a physicality that can at one point perfectly embody unbridled anger, and at others, a deeply humane fear and frustration. Uneasy and alienated as Fleck, but tempestuous and upright as the Joker, Phoenix captures the nuances in character development absent from the screenplay. It's often easy to overstate the gravity of performances in unhinged roles, but Phoenix's achievement is a testament to his growing legacy as an actor.

While "Joker" succeeds in transcending tropes of the superhero genre, it's unfortunately not thorough or original enough to fully realize its goals as a meditation on solitude and marginalization. Phillips should be commended for his approach in turning a superhero film into a grounded character study. Make no mistake, "Joker" isn't simply a comic book film: It’s a drama that wraps around the genre in ways only Nolan's "The Dark Knight" Trilogy and Mangold's "Logan" have before. And granted, there are only so many stories one can tell — especially with a character as complex as Joker — but not all archetypal stories need to feel repetitive. "Ad Astra" took "Apocalypse Now" to space. "Black Panther" is rooted in antiquated Shakespearean tropes. Even James Cameron's technological marvel "Avatar" can be read as "Dances with Wolves" with blue aliens. "Joker" takes "Taxi Driver" from the crime-ridden streets of New York to the crime-ridden streets of Gotham. What's the difference? Phillips plasters the names "Gotham" and "Wayne" somewhere on the screen every five minutes. "Joker" is a story that's been told before, and it's been told better.

Phillips' "Joker" isn't mediocre by any stretch, but it's disappointing that a film with so much potential has accepted that it's a pale imitation of cinematic masterpieces. If its superhero moniker brings mainstream audiences into the world of auteur cinema, then perhaps "Joker" will be looked upon kindly in hindsight. But it's otherwise difficult to think that Phillips may have done injustice to an otherwise well-acted, well-shot feature by thinking too highly of his own film.