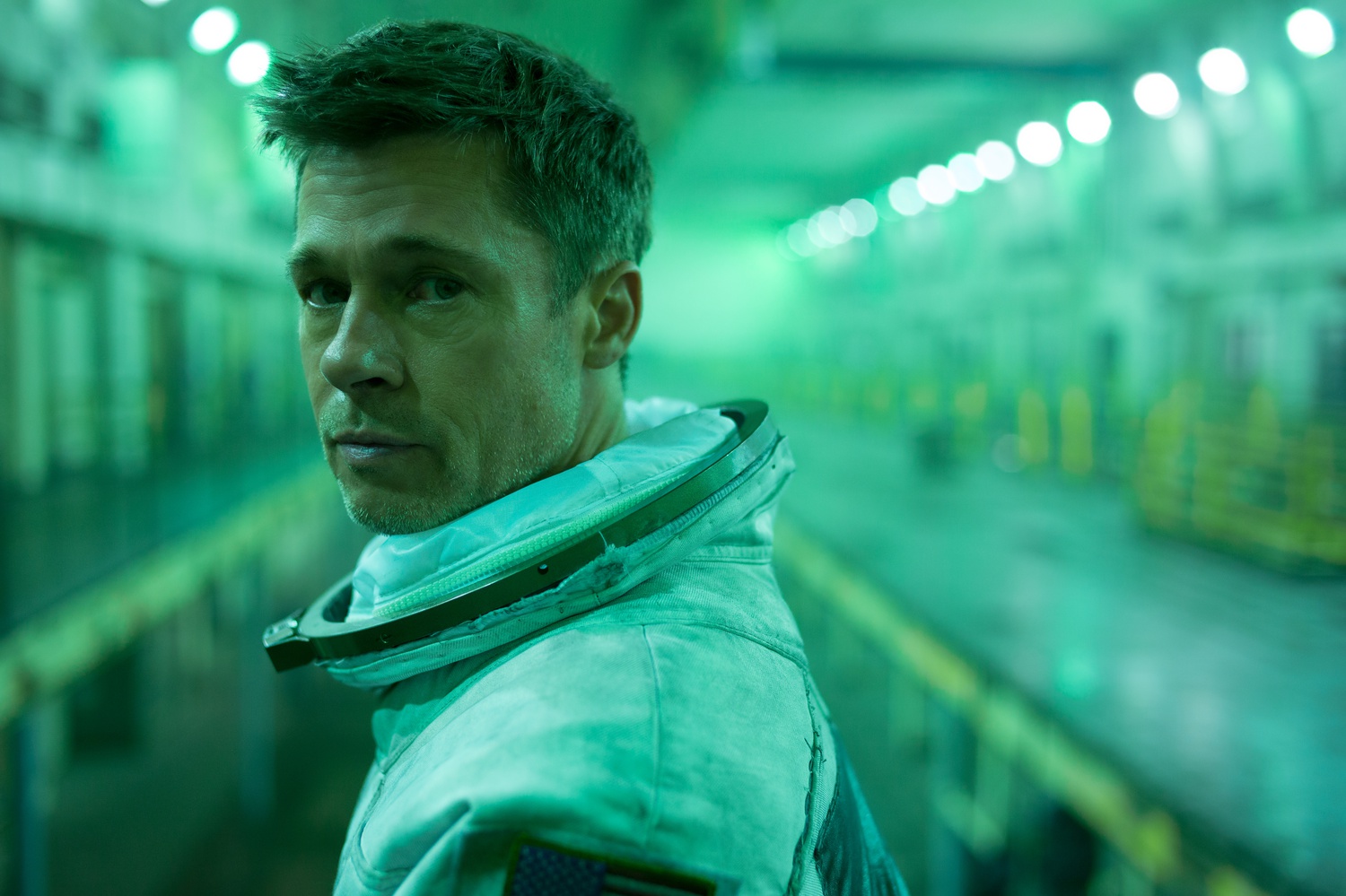 Visually staggering and emotionally riveting, James Gray’s epically proportioned “Ad Astra” not only launches audiences into an engrossing space odyssey of interplanetary voyage, but in doing so, also encourages pensive soul-searching: At the film’s core are questions about legacy, humanity’s place in the universe, and the pursuit of science. These poignant themes are elevated by a magnetic performance from Brad Pitt and gorgeous cinematography from Hoyte van Hoytema, propelling "Ad Astra" into the stratosphere of space epics.

Set in the near future, at a time when mankind has ventured to the far reaches of the solar system and travel to the moon has been commercialized, “Ad Astra” wastes no time dwelling on world-building and dives head-first into its central conflict. When a mysterious power surge from Neptune leaves tens of thousands dead on Earth, Major Roy McBride (Brad Pitt), son of legendary astronaut Clifford McBride (Tommy Lee Jones), is tasked to discover its source, which is hypothesized to have a connection with his long-lost father.

Make no mistake: “Ad Astra” isn’t just the science fiction action-adventure the film’s marketing makes it out to be. Yes, Brad Pitt rides a moon rover and is chased by space pirates. But viewers searching for cheap carnival thrills and gimmicky computer graphics should look elsewhere. “Ad Astra” can at times be a glacially paced drama, and at other times, an adrenaline-inducing thriller, but never in its 122 minute-runtime does it lose the viewer's fascination.

Much of the film's magnetism stems from Brad Pitt's commanding, career-defining performance: He anchors the film with stoicism, heartfelt sincerity, and moments of stinging vulnerability. Already a three-time Academy Award nominee (for “12 Monkeys,” “Moneyball,” and “The Curious Case of Benjamin Button”), Pitt makes a strong case for a double-nomination this year. It’s hard to believe that the same actor who played the laughably indestructible stuntman Cliff Booth in Quentin Tarantino’s comedy “Once Upon A Time… In Hollywood” just this summer, so brilliantly enlivens such an antithetical character.

At the film’s heart is a story about a son struggling to cope with his father’s legacy. Should a son be held accountable for his father? Should a son take up his father’s mantle? Should a son even try — or is he destined to? Unlike many other audacious science-fiction projects, "Ad Astra" makes a concerted effort to find satisfying answers to these existential questions, and most importantly, it leaves one guessing on these answers until the very end.

Gray also isn't afraid to dive into a labyrinth of social issues. From the economic war for land and resources on the moon to the relentless drive for scientific advancement, the film’s themes are as resonant as its characters. The overarching motif bridging these themes is the insatiability of mankind's desires: People are commercializing space just as they commercialized Earth — from the Subway shop on the moon base to the Virgin Atlantic rockets flying commercial to the moon. Perhaps our never-ending pursuit to further science, to leave no stone unturned, has distracted us from appreciating the more important aspects of life. It is such concerns that breathe lingering life to “Ad Astra” long after it's closing credits.

It’s perhaps surprising then that 20th Century Fox would spend $87 million on what essentially amounts to a thought-piece on mankind's solitude in the universe. Needless to say, no expense was spared; "Ad Astra” is a visual splendor. Cinematographer van Hoytema colors the film beautifully: From the industrial, claustrophobic outposts on the Moon and Mars, to the clinical, hypnotic white interiors on the space-ships, he delivers on Gray’s campaign to cherish what we have and not to dwell on what we don't — to embrace Earth as our special home. Hoytema's breathtaking frames of space even live up to his earlier work in Christopher Nolan's “Interstellar," or even Lubezki's mesmerizing cinematography in Alfonso Cuarón’s “Gravity," placing “Ad Astra” at the zenith of science-fiction spectaculars.

Gray imbues his film with melancholy — perhaps excessively at times — but this only reinforces the film's message; its conclusion is so fulfilling, so cathartic, and yet so optimistic. “Ad Astra” is James Gray’s most ambitious project, but unlike other science fiction soirees into the final frontier, this film doesn’t buckle under self-enforced narrative pressures that force unsatisfying answers or unearned conclusions (take Danny Boyle’s “Sunshine” or Nolan’s “Interstellar”). “Ad Astra” is an achievement in tight, efficient storytelling, highlighted by a timely message, stunning cinematography, and a heavyweight performance from Brad Pitt.
—Staff writer Lanz Aaron G. Tan can be reached at lanzaaron.tan@thecrimson.com and on Twitter @LanzAaronGTan1