Bishop Briggs Bares All on ‘Champion’ 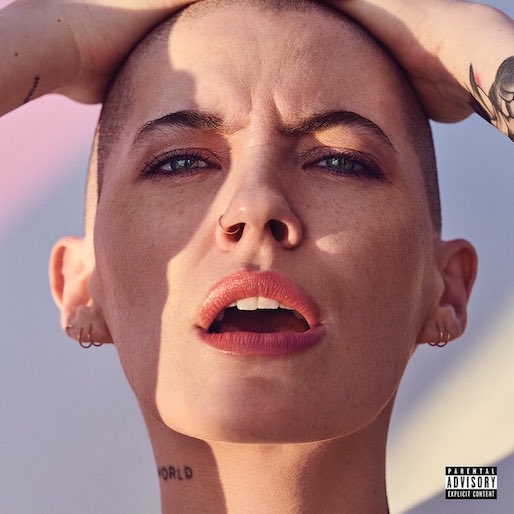 In April 2018, alternative artist Bishop Briggs released her debut album “Church of Scars, a work rife with metaphors, synthesizer-heavy choruses, and powerful belting. It exemplified Briggs’s attempt to find her place in the daunting world of the music industry. A year and a half and two headline tours later, the artist is finally finding her footing. On “Champion,” released Nov. 8, Briggs grapples with the aftermath of an unhealthy relationship. Despite what its name implies, “Champion”’s overall message is not one of victory. Its self-awareness and smooth instrumentation make it Briggs’s most vulnerable work yet.

Briggs begins the album feeling like anything but a champion. On the opening track “I Still Love You,” Briggs gives listeners their first peek into her post-breakup emotional state. Over minimalist piano notes, the artist sings in the first verse: “Harder than silence / Hard to see you with someone still smiling.” The track is one minute and 23 seconds of reminiscing over a lost love and recognizing that it is time to move on — feelings that anyone who has ever fallen in and out of love can understand. On the song’s final lyrics, “I knew I had to let it go, I had to let it go / I had to let go of you,” Briggs admits to herself that she always knew that the end was near and builds listeners’ anticipation for the rest of the album.

The album’s titular track and the first of its four singles, “Champion” is the most upbeat, optimistic song in Briggs’s repertoire. “Champion” is a feel good song, a musical pep talk from Briggs to Briggs. It is a song meant to be belted out loud when one is at their highest highs or their lowest lows. The pre-chorus embodies the phrase “If at first you don’t succeed, try, try again” before the chorus breaks into a mantra of “I’m a champion.” In her song “White Flag” she sings, “I would rather die than give up the fight.” In “Champion,” she celebrates her victory.

On many of her songs, Briggs reconciles the dark side of her relationship with authentic feelings of nostalgia. In "Tattooed On My Heart” she admits that, had she known how poorly her ex would have treated her, she would not have fallen in love with him in the first place. “Someone Else,” a piano-heavy ballad, broadcasts Briggs’s vocal range as she sings about wanting to disconnect from the rest of the world and heal. “Jekyll and Hide” — purposefully stylized as “Hide” not “Hyde” — is a haunting song through which Briggs accuses her ex-lover of being two-faced and deceitful. In these three songs, Briggs allows herself to grieve.

If the songs on “Champion” were to be categorized into the five stages of grief, “My Shine” would represent anger. Written alongside singer-songwriter K.Flay, “My Shine” is the musical equivalent of throwing a dart at a picture of your ex’s face. On the bridge, Briggs airs her grievances by shouting the lyrics, “God forbid I make cool shit / God forbid I got more cash than you / God forbid I'm independent / God forbid I talk like that to you.” Briggs identifies her ex’s insecurities and shuts them down. While “My Shine” expresses feelings of anger, the song also offers a needed breath of self-love and optimism on the otherwise intense album. Briggs is shining again, and no one can take that away from her.

“Champion” closes with “I Tried (Demo),” an acoustic ballad about admitting defeat and giving in to exhaustion. If “I Still Love You” represents the immediate aftermath of the breakup, “I Tried” is the final act of coming to terms with the outcome. On the most vulnerable song of the album, Briggs softly sings, “I got one tired heart and two tired eyes / I'm too tired now to cry.” It is obvious that she is worn out, which resonates in both her lyrics and her tone. “Champion” ends abruptly with a repetition of the phrase “I tried” six times, fading from enthusiastic exclamation to defeated muttering.

With only 18 months between her two album releases, Bishop Briggs avoids the infamous “sophomore slump” on “Champion.” Despite being on tour for large portions of 2018 and 2019, Briggs found time to write, record, produce, advertise, and release an album that exceeds every expectation set by her debut. In curating a perfect mix of upbeat, danceable songs and tear-jerking ballads, Briggs navigates recovery from a tumultuous breakup in a way that is genuine and vulnerable without disenchanting listeners.

— Staff Writer Annie Harrigan can be reached at annie.harrigan@thecrimson.com.