A Decade in Review: Fantasy Films 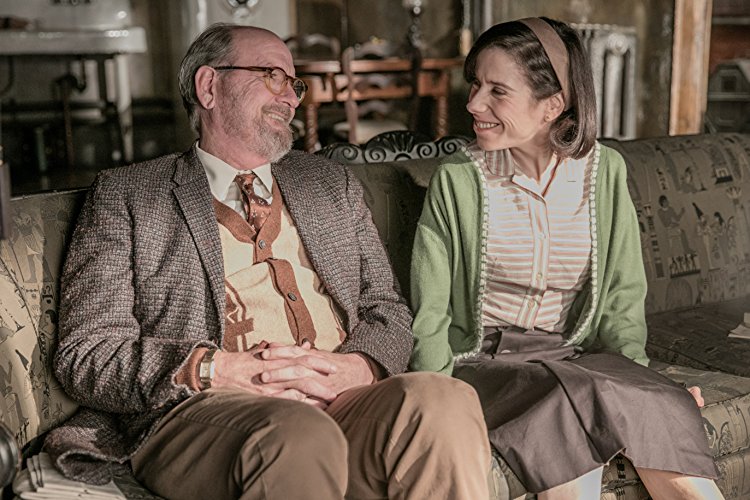 As the 2010s come to a close, the "Decade in Review" series will seek to single out the best 10 best films from the 10 biggest genres. While fantasy, one of Hollywood’s oldest genres, has undoubtedly waned in recent years, the 2010s still offered a plethora of standouts, from blockbuster franchises to indie directors and auteur filmmakers.

It goes without saying that “The Hobbit” pales in comparison to Jackson’s “The Lord of the Rings” trilogy, and “Desolation” still suffers from some of the series’ problems, albeit to a lesser extent (drawn-out exposition and unnecessary plot threads). However, "Desolation" injects the "Hobbit" series with much-needed dramatic tension, particularly through its climactic conflict between Bilbo Baggins (Martin Freeman) and Smaug the dragon (Benedict Cumberbatch). The impeccable casting, combined with astounding visual effects and breathtaking art direction, is enough to transport audiences back to Middle-earth for a welcome entry in the saga, even if “Desolation” doesn’t meet the fittingly lofty standards of devoted Tolkien fans.

Excessively sweet to the point of almost giving you a toothache, every frame of Paul King’s “Paddington” exudes the lighthearted innocence of its marmalade-loving, titular teddy-bear protagonist. “Paddington” celebrates eye-popping cinematography with saturated color grading, meticulously staged frames-within-frames, and beautiful symmetry (in other words, shots that may have just been pulled from a Wes Anderson film).

Even though “Deathly Hallows: Part 1” feels like a forced split with its counterpart, Yates’ fantasy epic still meets expectations as the first entry of a rewarding finale. After Yates streamlined the longest Harry Potter novel (“Order of the Phoenix”) into a 142-minute film, it’s unsurprising that the 146-minute long “Deathly Hallows: Part 1” occasionally suffers from uneven pacing. As the series developed, the characters and themes did too, and seeing the evolution of series-long arcs, such as good versus evil and a “chosen one” narrative evolve into parallels of racism and terrorism is especially refreshing from a fantasy film.

Favreau’s thoroughly immersive retelling of Disney’s classic animation is not only a technological marvel, but one that preserves the childish heart and joy that made the original so beloved. While "The Jungle Book" is more computer animation than live-action (with the only "live" element of the film being Mowgli, played by Neel Sethi), “The Jungle Book” is a step forward in terms of industry standards for computer graphics. If charming art direction and a trip down memory lane aren't convincing enough, seeing Christopher Walken play a monstrously tall prehistoric ape and croon “I Wan'na Be Like You” in his iconic voice may be sufficient to make a visit to “Jungle Book” worthwhile.

It’s impossible to separate Ang Lee’s epic story from the technological revolutions that made the story possible. The tiger, Richard Parker, is computer-generated with every strand of hair and facial muscle individually animated to completely suspend disbelief. “Life of Pi” balances its deeply human core (told through flashbacks from an older Pi reflecting on his life, starting from childhood) and its thematic heft, dealing with the endurance of the human spirit and friendship, with breathtaking cinematography. The wilderness was depicted with a mundane hostility in “Cast Away,” was uncompromisingly bleak in “The Revenant,” but in "The Life of Pi,” nature is at times frightening, but at others, vibrant and wondrous.

Arguably the smallest scale film on this list, “A Monster Calls” is an introspective meditation on catharsis and healing. At its core is a story about a boy’s (Connor, played by Lewis MacDougall) journey to accepting the inevitable fate of his terminally ill mother. The story enhances the audience’s understanding of Connor, peeling back the five stages of grief, through the appearance of a monster (voiced by Liam Neeson) in Connor’s imagination who teaches him parables with unexpected messages. “A Monster Calls” is an incredibly therapeutic film that tackles such deep themes of child trauma, loss, and confusion.

The final film of a storied franchise (that has since underwhelmed with its “Fantastic Beasts” continuation), “Deathly Hallows: Part 2” ends one of the most successful film franchises in a satisfying fashion. Yates walks the delicate balance between overdone spectacle and fan service, from the bombastic hour-long battle for Hogwarts to ticking all the necessary narrative beats of Rowling’s children’s classic. Yates and Rowling effectively find new ways of incorporating prior aspects of the series' mythology so viewers never feel lost, but rather like they're learning in a world that feels tangibly lived-in.

As wondrously fantastical as it is touching, “Hugo” is a tour-de-force of modern cinematic technique and a celebration of the history of a medium that transformed entertainment culture. At the center of “Hugo” is a series of enigmas from the unknown purpose of the automaton (the machine that Hugo and his late father had tried to restore) to the cantankerous toy shop owner Papa Georges, and the film unearths the secrets of its characters as it unravels the secrets of cinema. These questions are elevated with a mysterious score from composer Howard Shore and restrained editing from Thelma Schoonmaker. “Hugo” is also beautifully shot in 3D with incredible cinematography from Robert Richardson (a frequent collaborator with such landmark directors as Martin Scorsese, Oliver Stone, and Quentin Tarantino) that captures the saturated mustards, browns, and blues of vibrant early-20th century Paris. As a family-friendly fantasy, “Hugo” is a departure from common Scorsese repertoire, but it’s just as passionately made as the cinematic icon’s most committed works.

"The Shape of Water" doubles as both a timely tale of tolerance and understanding as well as a political allegory of Cold War-era American ideals of individualism and success. Acclaimed fantasy director Guillermo Del Toro (“Pan’s Labyrinth,” “Hellboy,” and “Pacific Rim”) twists fairy tale tropes on their head by taking an archetypal plot but changing setting and characters to tell an entirely different story. On paper, “The Shape of Water” is an odd film: A mute woman named Elisa Sally Hawkins), who works as a cleaner in a Cold War era military facility, decides to rescue an Amazonian river god (Doug Jones) who’s been captured by the authorities. With stunning practical effects that transformed Jones into the Amphibian Man, a tearfully resonant performance from Hawkins, and a frighteningly menacing performance from Michael Shannon as colonel Richard Strickland, the characters in “The Shape of Water” never feel like caricatures as they so often do in fantasy films. Combined with a hauntingly romantic score from Alexandre Desplat, “The Shape of Water” is a cornerstone of what the fantasy genre can and should offer.

Disarmingly romantic and hopelessly nostalgic, “Midnight in Paris” unravels its dichotomy of themes of celebrating the past and living in the present. At the stroke of midnight, Hollywood screenwriter Gil Pender (Owen Wilson), who’s suffering a bout of writer’s block, is magically transported back in time to 1920s Paris, a period he reveres, where he finds himself surrounded by his idols from Hemingway to Picasso, and even falls in love with a woman from the time Adriana (Marion Cotillard). With Allen’s sharp, witty screenplay, his characters’ electric dialogue exchanges spring off the page with innate spontaneity and their words are executed with great comedic timing from a balanced ensemble cast that also stars Rachel McAdams, Adrien Brody, Léa Seydoux, and Tom Hiddleston. Although the film faces the risk of simply devolving into another French tourism board promotion of the famed city, “Midnight in Paris” fully embodies the romanticism that Paris represents to its evocative protagonist through meticulously engineered amber lighting captured by cinematographer Darius Khondji, and an ever-wistful Grammy-winning soundtrack. However, this artistic achievement doesn't excuse Woody Allen from "Me Too" allegations that led Amazon Studios to drop a five-picture deal in February 2019. However, if one can separate art from the artist, “Midnight in Paris” is endlessly re-watchable and epitomizes the magic of cinema.