Bishop Briggs Proves to Boston that She’s a ‘Champion’ 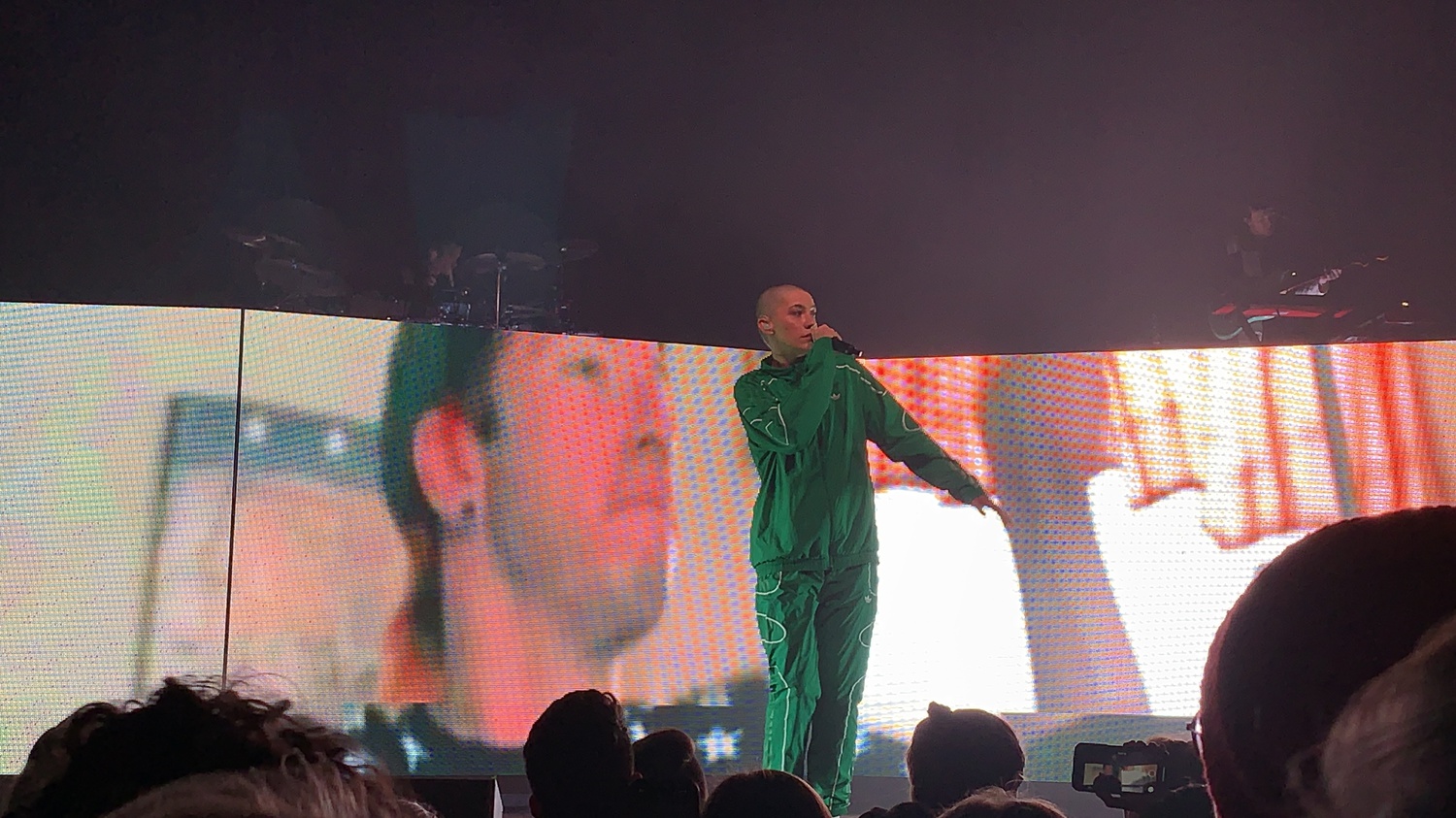 Now in the middle of her second headlining tour in the last two years, Bishop Briggs has a work ethic like no other. Her debut album “Church of Scars” is only 18 months old and Bishop Briggs is already headlining shows across the country to accompany her second album “Champion,” set to be released next month. On Oct. 16, the British-born artist brought her “Champion” tour to Boston’s House of Blues.

Accompanying Bishop Briggs on this tour are two smaller alternative artists, Jax Anderson and Miya Folick. Anderson set a high-energy tone for the rest of the show with her upbeat songs and calls for the audience to dance. Folick followed Anderson, enchanting the crowd with her eerie vocals and relatable anecdotes. After playing drastically different but equally entertaining sets, the two artists went to their merchandise tables to meet with fans as Bishop Briggs took to the stage.

Bishop Briggs is not one to shy away from the dramatic. Her performance began with a giant LED screen featuring a clock and, after a 10 minute countdown, the screen played a montage of clips from various movies including “Coraline” and “Black Swan.” The movie clips then transitioned into a vintage video game screen that read “Song Selection: Champion.” Briggs then appeared on stage and began her set with “Champion,” the first single off her upcoming second album.

Briggs’ performance was full of the same high energy that fans who went to her 2018 headline tour would recognize. Running across the stage, and sometimes even in place, Briggs very impressively sang each song with the same power vocals that can be heard on her records. Despite practically running miles on stage for 90 minutes, Briggs maintained her energy and never once lost her breath or faltered in her vocals as she belted out her lyrics. What makes the 27-year-old singer even more impressive is her ability to stay optimistic and upbeat when, at times, the crowd did not reciprocate her energy. Rather than let a lukewarm crowd bring her down, Briggs fueled herself up and shifted the tone of the house.

In order to hold onto her audience’s attention, Briggs perfectly coupled her singing with audience engagement and fun visuals on the LED screen behind her. A corresponding video accompanied each song on the screen, visually stimulating but not so much as to distract from the singer’s performance. In between tunes, Briggs showed her overwhelming gratitude to everyone involved in her tour from her band to her openers, from her fans to the crew member who brought her a stool to sit on for an acoustic performance of her song “Dream.”

Briggs played perfect mix of well known songs from her first album and EP, the singles off of “Champion,” and unreleased songs from her forthcoming album. By performing both her older and newer songs, she both ensured that her fans could sing along and generated further excitement for her next album’s release. Along with her own songs, Briggs also included a medley of popular emo songs in her set. The crowd not only had the chance to sing Briggs’s hit singles such as “White Flag” and “Wild Horses,” but they also got to sing “Stressed Out” by Twenty One Pilots, “I Write Sins Not Tragedies” by Panic! At the Disco, and the classic “Welcome to the Black Parade” by My Chemical Romance — a novelty considering the band broke up in 2013. After performing the covers, Briggs thanked both her audience and band for allowing her to live out her “emo dream.”

Throughout her show, Briggs attended to every aspect of her performance, overlooking no details. From the video screen behind her to the cover medley, from making sure to point out her all-women lineup to thanking her fans after every single song, Bishop Briggs proved to the audience that she does not take her success for granted and that she deserves to be onstage. After leaving the stage and returning with a joke about how still has to play her hit song “River,” Briggs closed the night with a new song from “Champion” that she co-wrote with singer-songwriter K.Flay before launching into her most popular song of the night. Ending the show with just as much, if not more, energy than she started with, Bishop Briggs left her fans buzzing with excitement and ready to download her new album the second Nov. 8 comes around.

— Staff Writer Annie Harrigan can be reached at annie.harrigan.thecrimson.com.