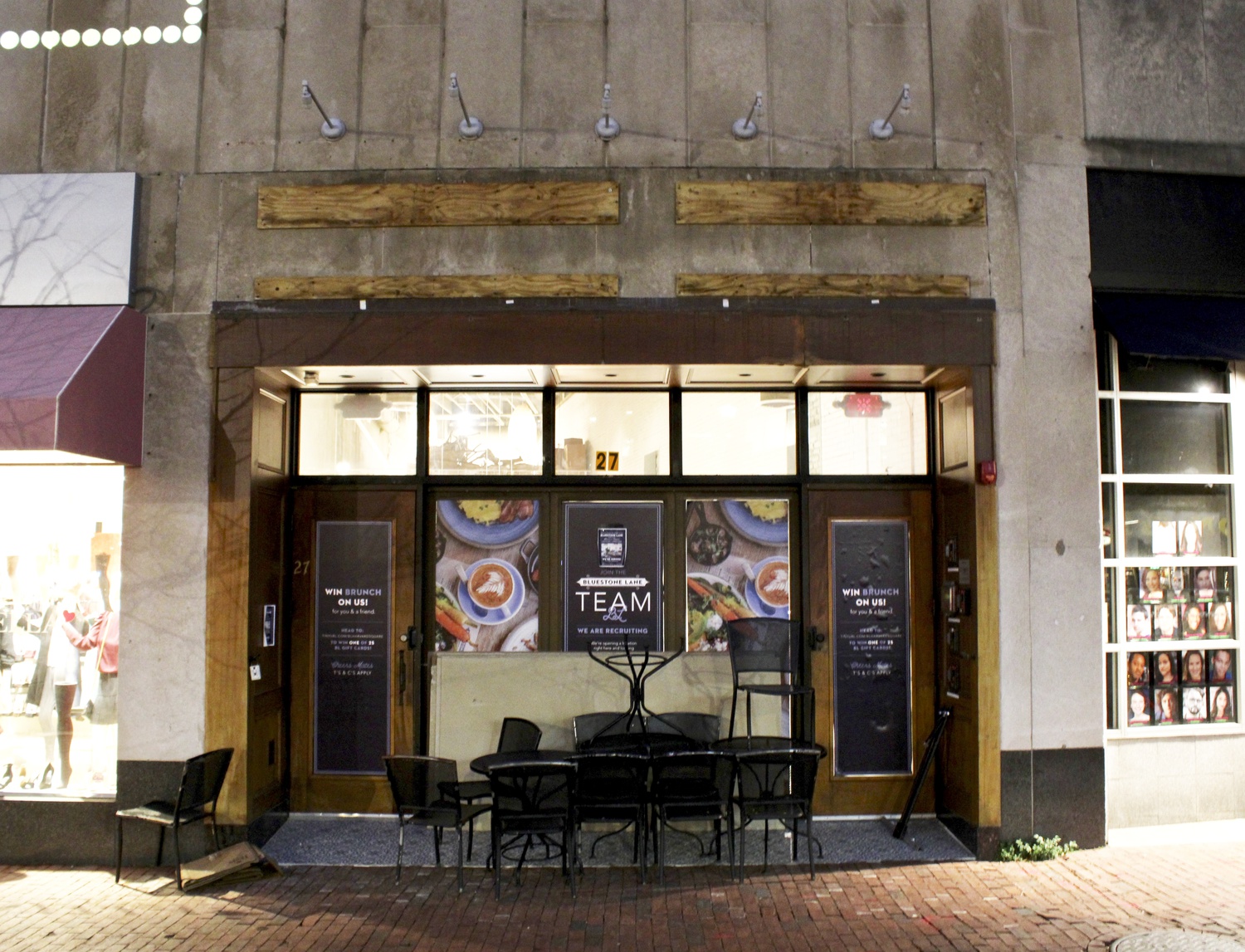 The company manufactures its own coffee grounds and sells $29 matcha powder on its website. The café — with white walls, plants, and pillows in assorted blue and green hues —offers coffee and lattes and food such as salads, toasts, and potato wedges.

Andrew Stone, vice president of brand marketing and events, said Bluestone Lane, which was founded by his brother, Nicholas J. Stone, aims to provide customers with a personalized in-store experience.

“The sort of impetus of why the brand started was that longing for home, that connectedness — something in the area that you feel like a local instead of going to a mass chain,” Stone said.

Denise A. Jillson, the executive director of the Harvard Square Business Association, said that she was happy to see the storefront filled after a nearly year-long vacancy.

“We're really glad that it's activated because it's been way too long already. These things just take such a long time between going through the permitting process in the city of Cambridge, and then doing the build-out, and then getting all of the final approvals,” Jillson said.

The new restaurant is opening in a landscape of extensive commercial turnover. Since the fall semester began, Square hallmarks including Out of Town News, Flat Patties, and Black Ink have announced that they will close by the end of the year.

Stone said Bluestone Lane is excited to join the Harvard Square business landscape and plans to host events in the café.

“We're invested, and we want to be part of the small business community,” said Stone.

Bluestone Lane hosted a “soft opening” for friends and family of store employees on Thursday afternoon.

D’Mello said avocado toast was her favorite of the dishes she sampled.

After all, as D’Mello pointed out, avocado toast was invented in Australia.