Out of Town News to Leave Town 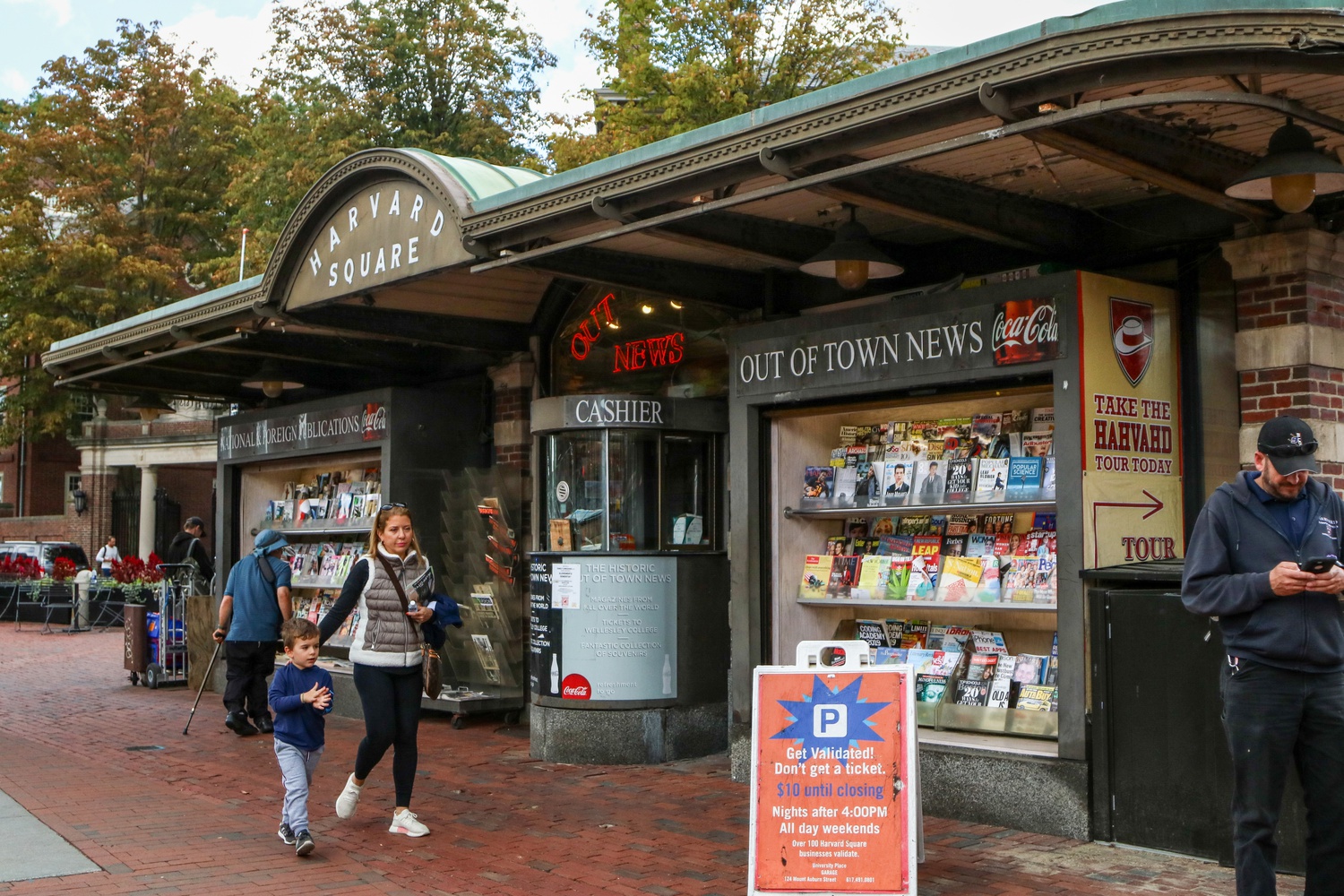 Visitors to Harvard Square walk past Out of Town News in Harvard Square Wednesday afternoon. The newsstand is scheduled to close at the end of October. By Mariah Ellen D. Dimalaluan
By Ellen M. Burstein and Sydnie M. Cobb, Crimson Staff Writers

Harvard Square staple Out of Town News will officially close its doors at the end of October.

Plans to restore the 64-year-old newsstand, which is located in front of the Harvard Square T stop, have been in the works for almost a year. The upcoming construction will renovate the elevator leading to the underground station and make necessary repairs to the kiosk’s historic structure.

Out of Town News has sold newspapers from around the globe to Cambridge residents, students, and celebrities. Famous patrons included poet Robert Frost, celebrity chef Julia Child, and Microsoft founders Paul Allen and Bill Gates. The Cambridge Historical Commission voted to designate the kiosk a landmark in October 2017.

The closing comes at a time of extensive commercial turnover in the Square; Urban Outfitters, Crema Cafe, and Chipotle, among others, have all closed their doors in the past year.

Though the structure will remain intact after construction completes, the kiosk will no longer be in operation due to growing competition for customers in Harvard Square and the declining demand for print papers, according to Executive Director of the Harvard Square Business Association Denise A. Jillson.

“I believe what they make is one dime on every paper that you sell,” said Jillson. “The millennial cohort, and many of the... boomer [generation] get their news online. So fewer and fewer newspapers are being sold.”

Out of Town News also sold Harvard-branded clothing and items that Jillson said could be purchased elsewhere.

“They’re selling Harvard insignia or whatever that you can purchase at the Coop and [Harvard] Student Agencies or elsewhere in the Square, and cigarettes, and lottery tickets, and, frankly, pornography,” Jillson said. “Those three things… if people want to buy it, there are other places to buy.”

Out of Town News owner Mike Patel did not respond to a request for comment.

Jillson said she is “really pleased” that Out of Town News’ purpose in Harvard Square has reached its expiration date.

Somerville, Mass. resident Cara J. Giaimo said Out of Town News was the first place she would go if she ever needed a physical newspaper.

“I always think of it as a very communal space,” she said. “When you go inside, you can get so many things from so many different places.”

“I’m an illustrator, so I’m really into editorial illustrations,” Hammond said. “Out of Town News is so convenient and iconic for the area.”

Benjamin J. Dreier ’22, a Crimson Technology editor, said he was not shocked to hear of the closing.

“It’s a staple of the Square, but I don’t get my news from there and I don’t know anyone who gets their news from there,” Dreier said. “But, like all other changes in the Square, it’s sad to see all these old businesses go and see the landscape shift.”