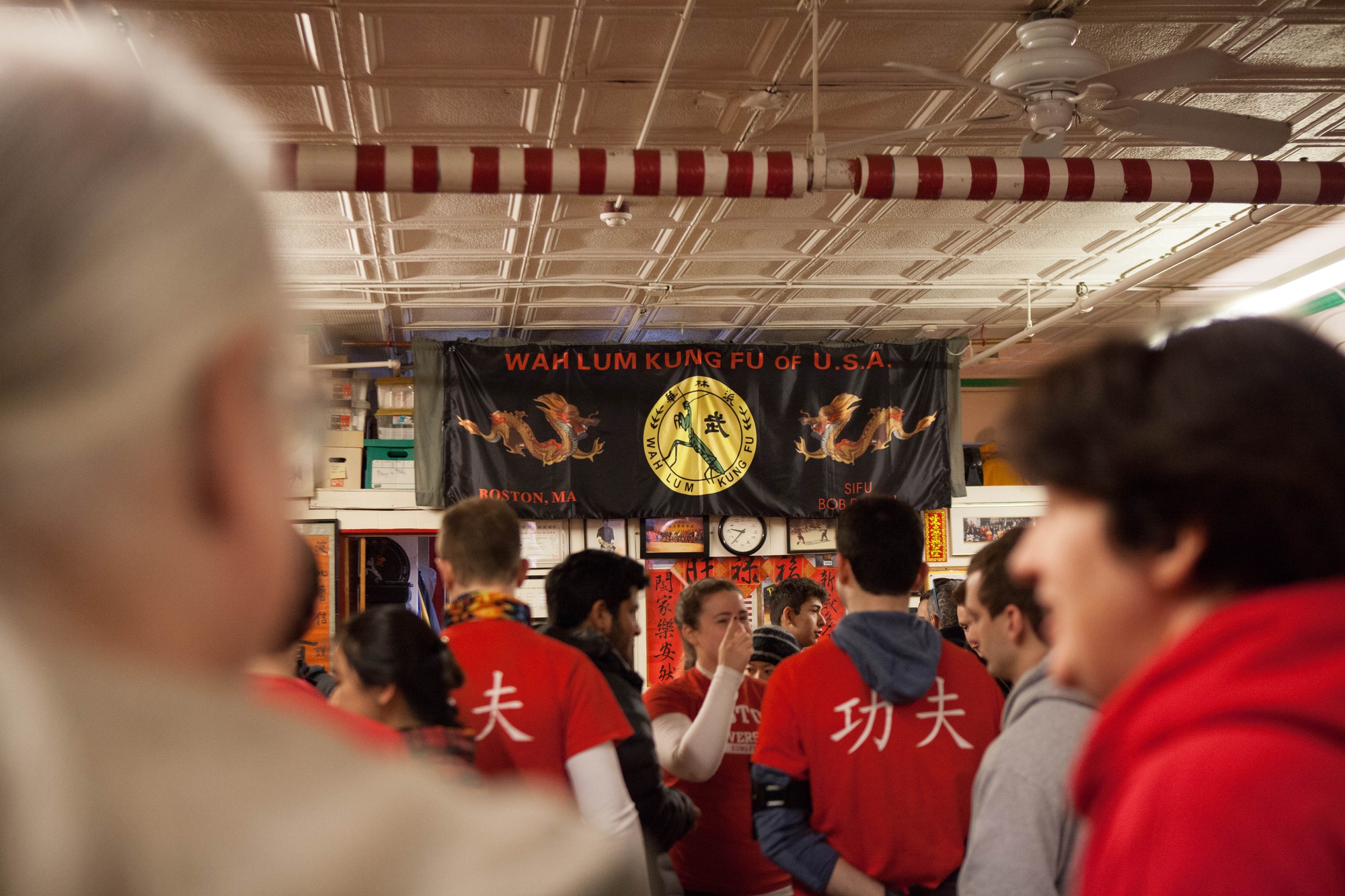 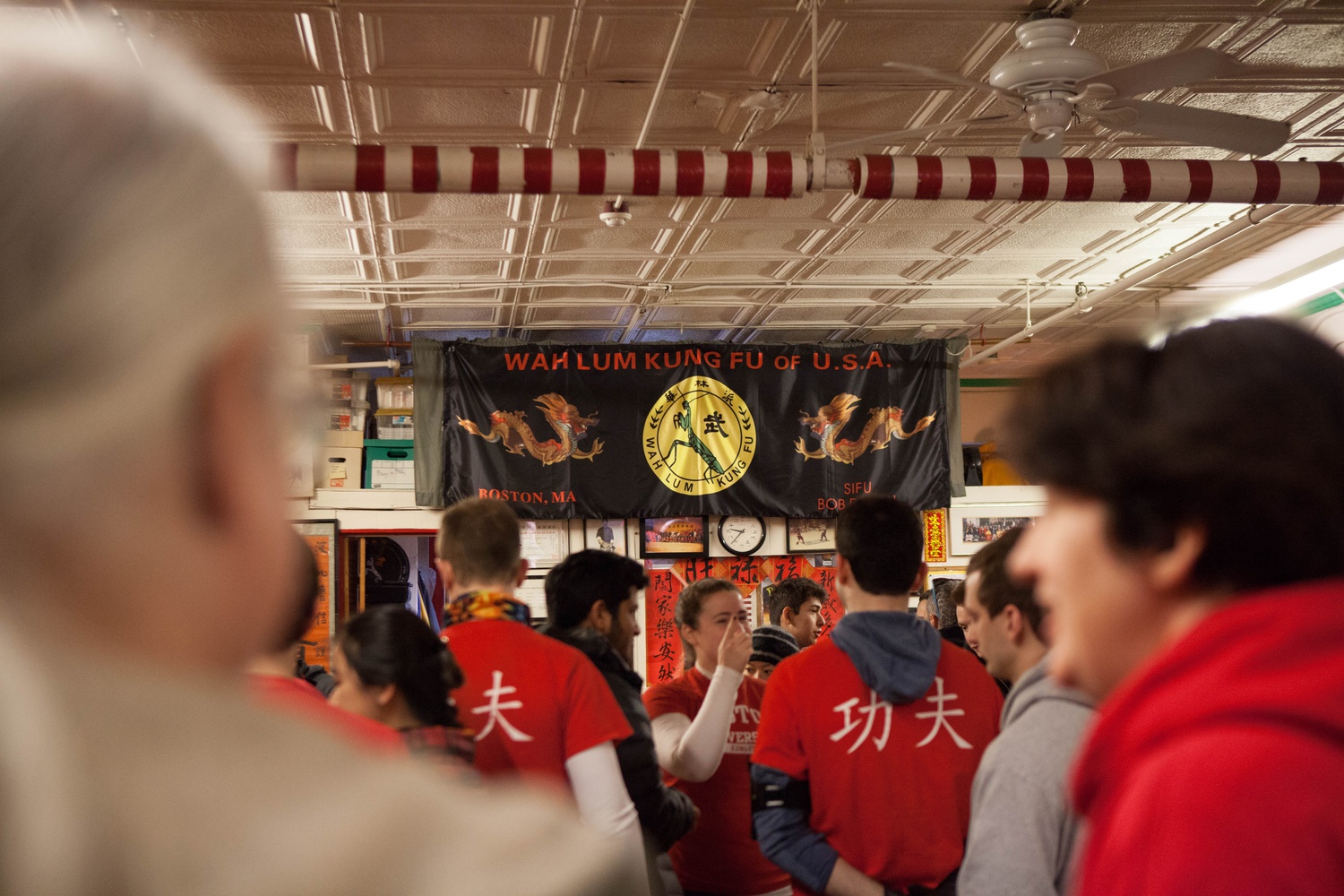 Around 9:30 a.m., members of the Wah Lum Kung Fu Athletic Association gathered in their second-floor studio above the Moon Villa Restaurant. Before performers braved the Sunday morning cold, Master Instructor Bob Rosen delivered a short speech briefing them on the coming celebration. Performers then carted equipment into the streets and headed to the staging grounds for the parade’s opening ceremony. 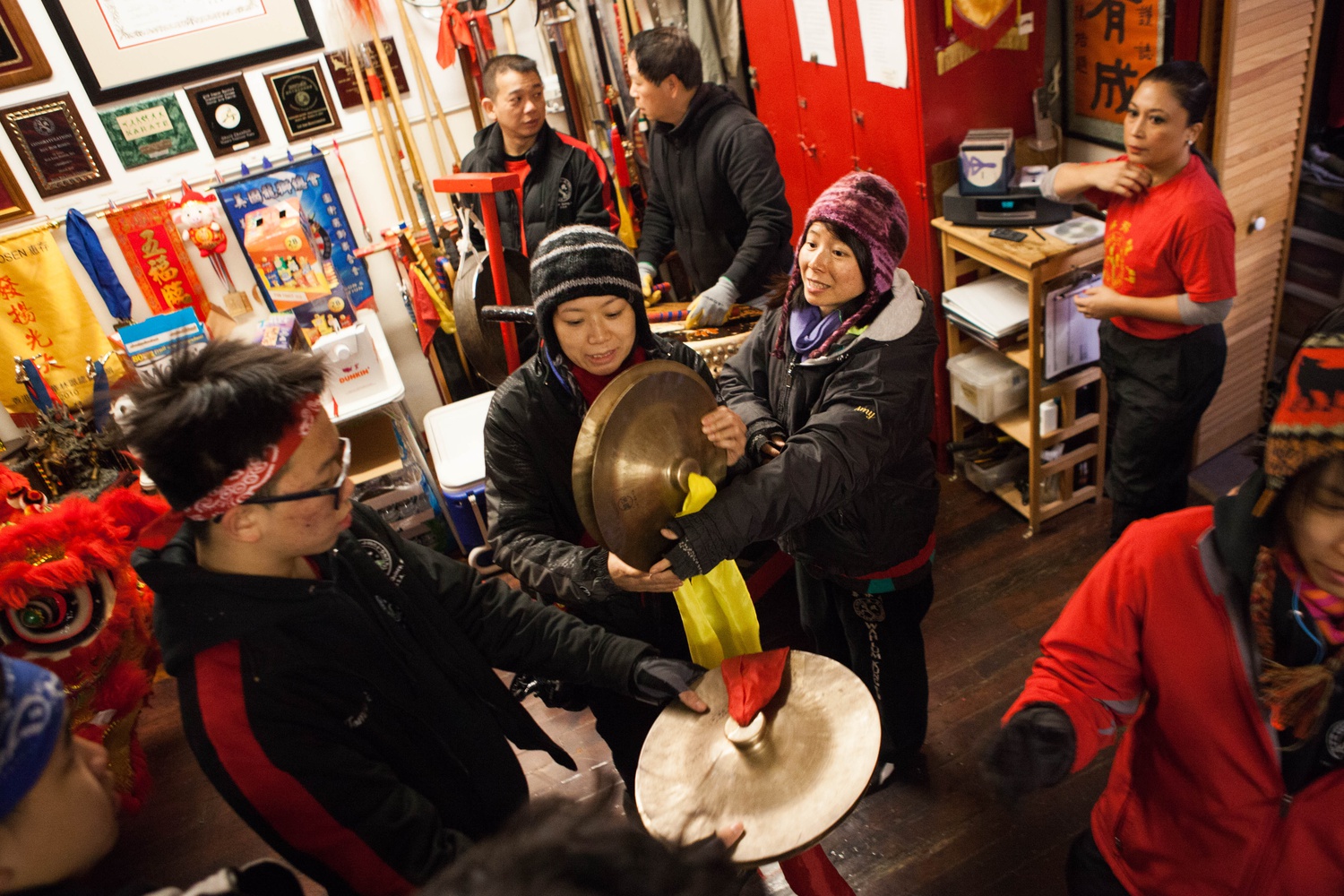 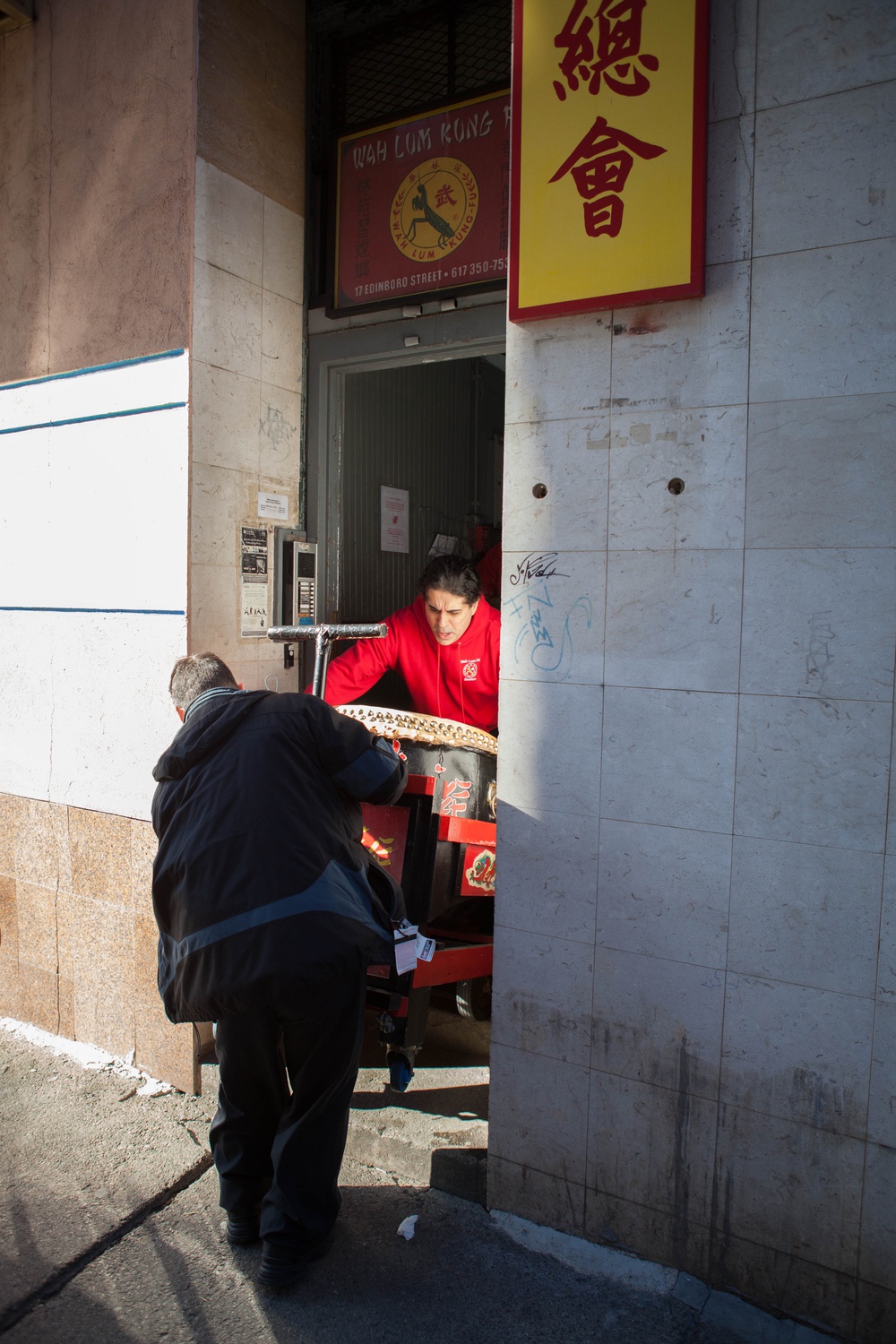 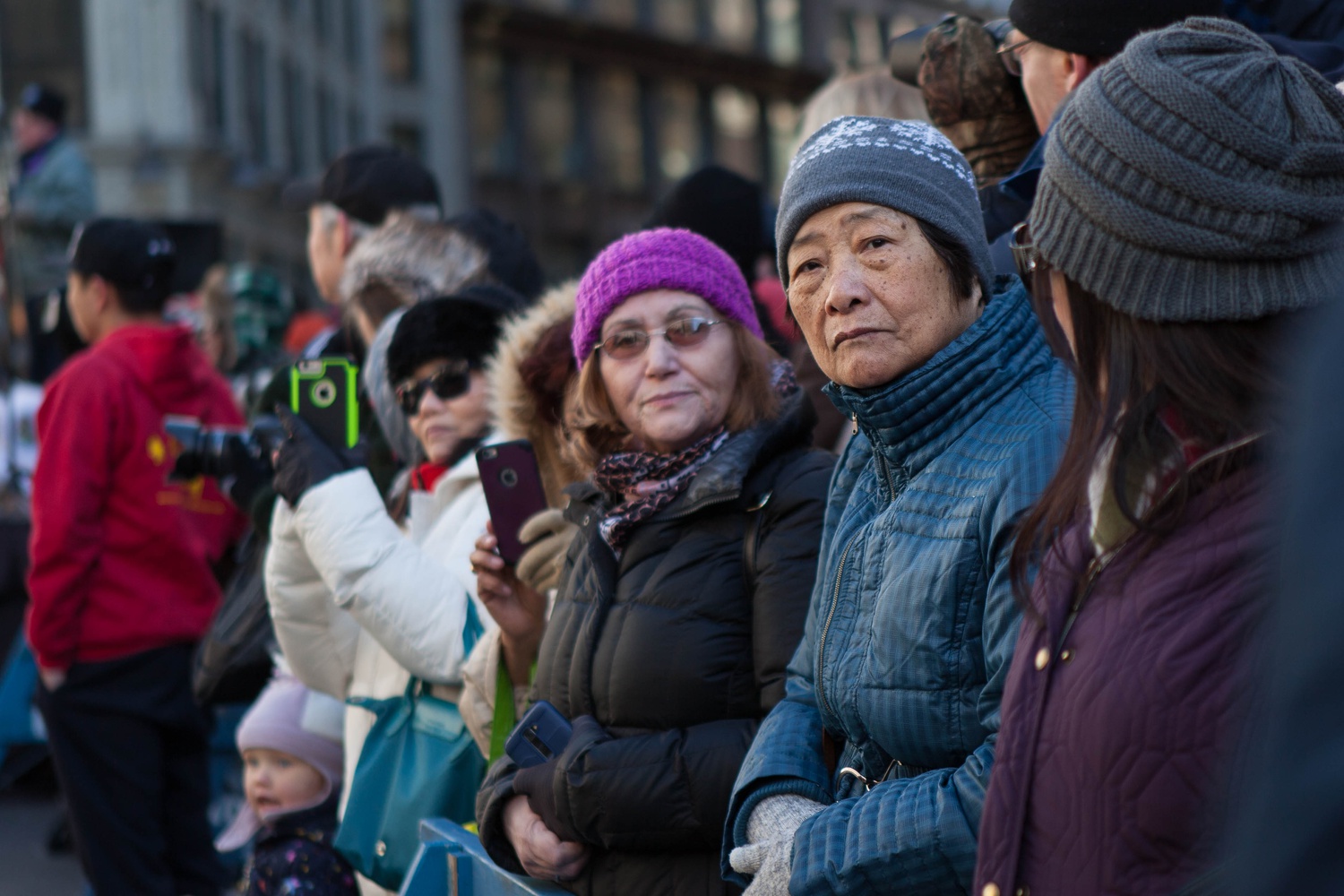 Spectators and performers alike waited as dance troupes filed onto Harrison Avenue in preparation for opening remarks by the event’s organizers. 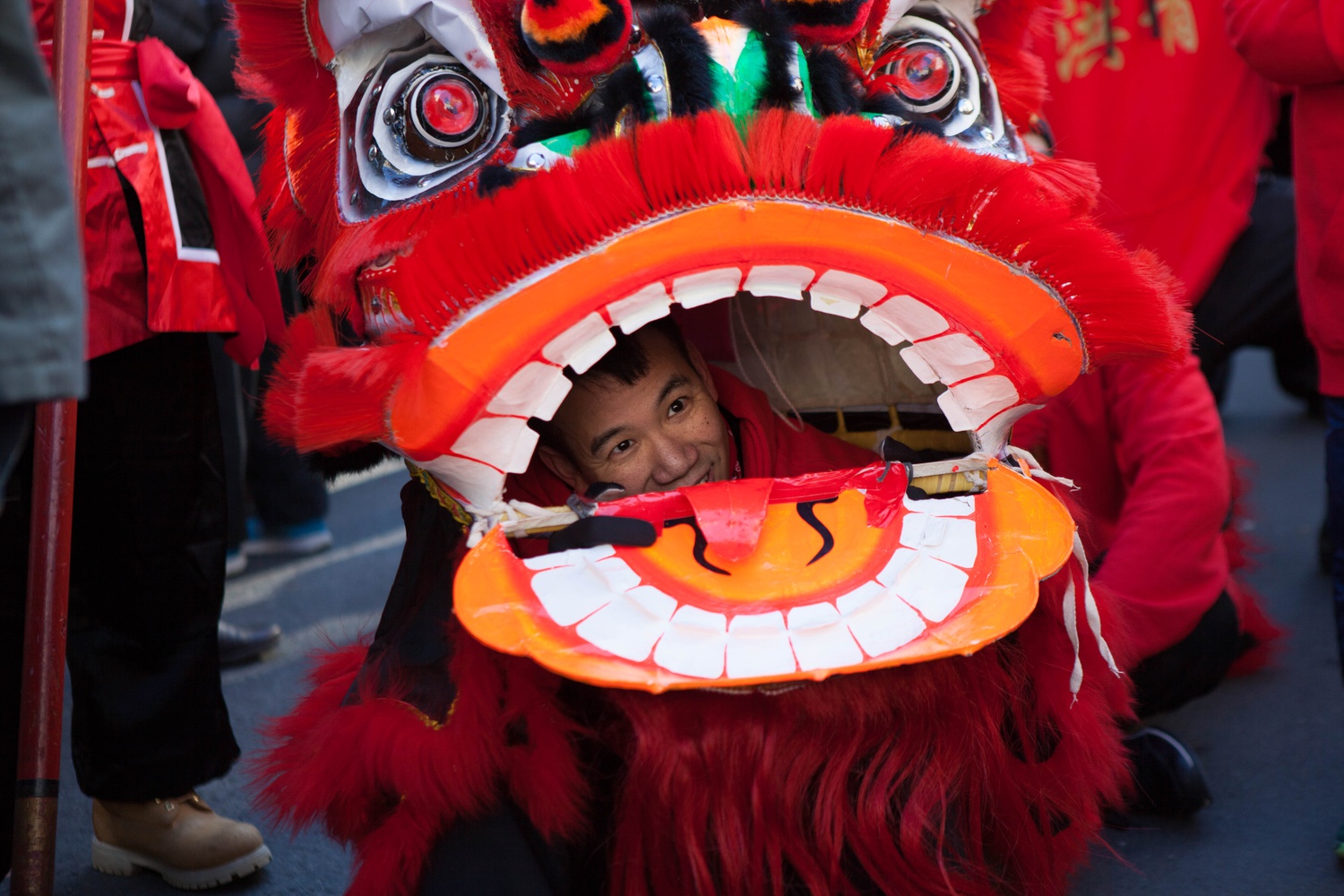 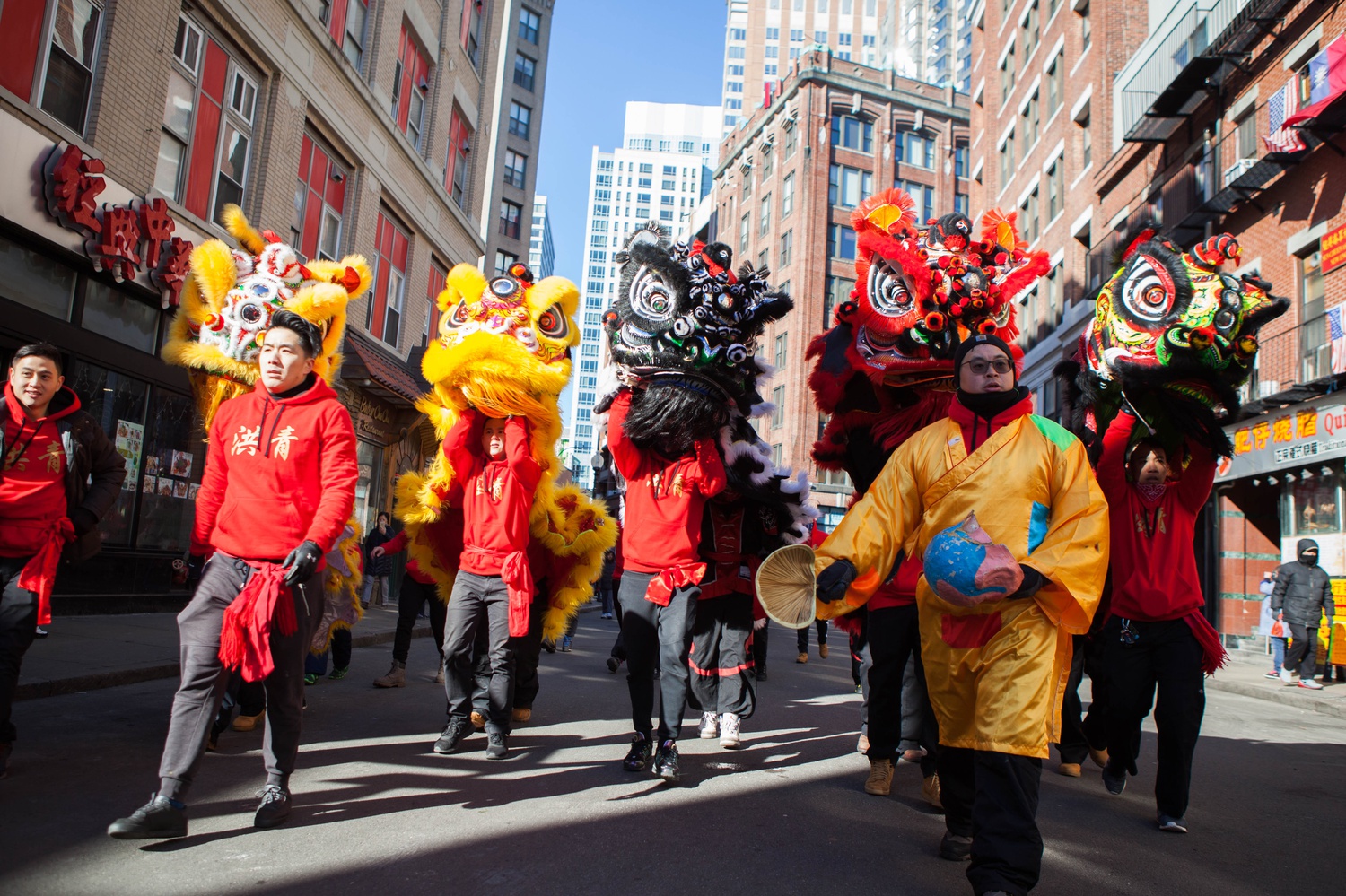 After a series of speeches and a short performance, the Boston Chinese Free Masons Athletic Club took to the streets to kick off the parade. Led by teams of drummers and percussionists, each dance troupe performed a series of rituals at each Chinatown storefront. 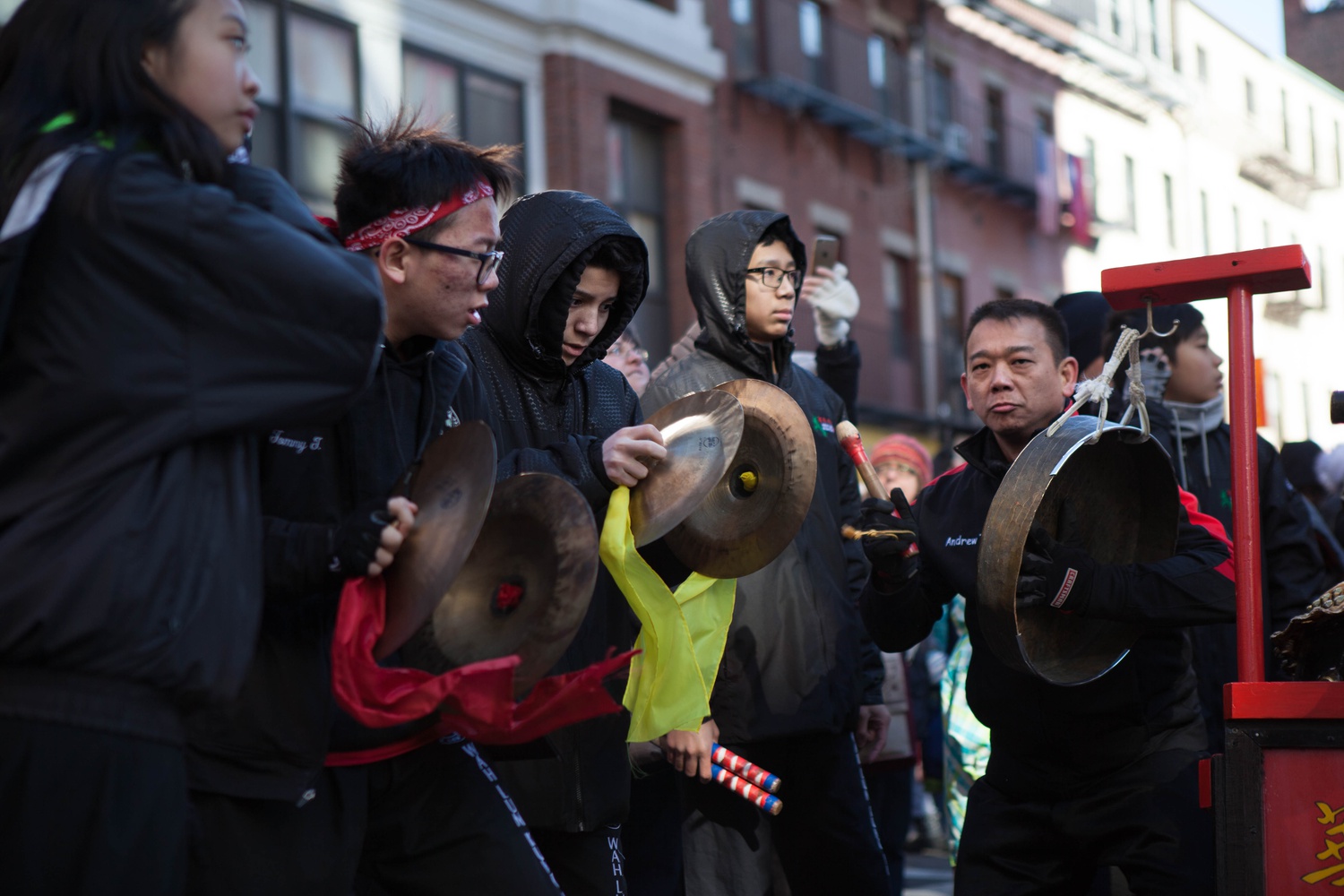 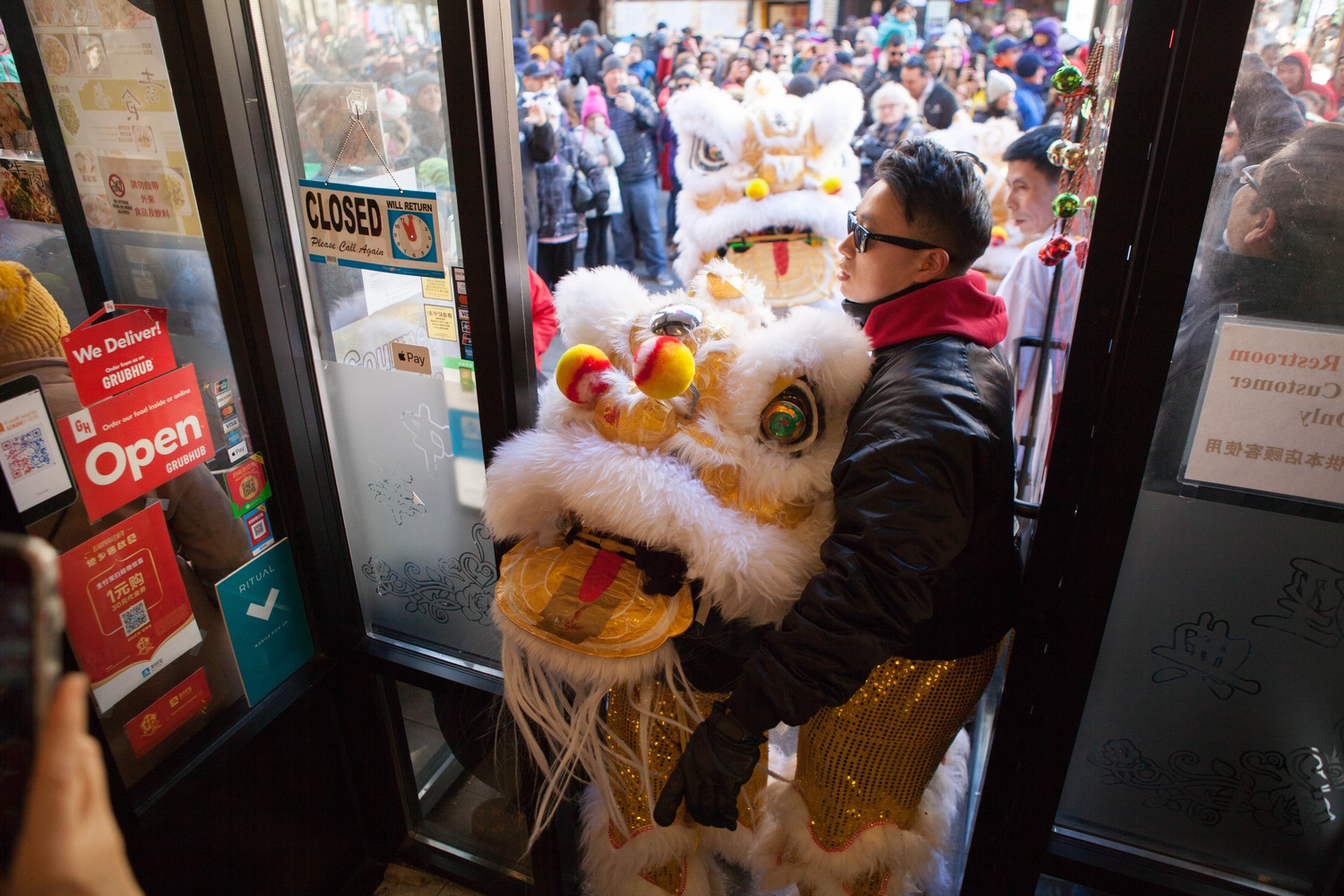 Dancers from Calvin Chin’s Martial Arts Academy visited the inside of the Gourmet China House on Beach Street. A restaurant employee then presented the lions with a cabbage, an orange, and a red envelope containing money before lighting a string of firecrackers. The ritual is a part of the "cai qing" custom: The lion dance is believed to bring businesses prosperity and good luck in the new year. 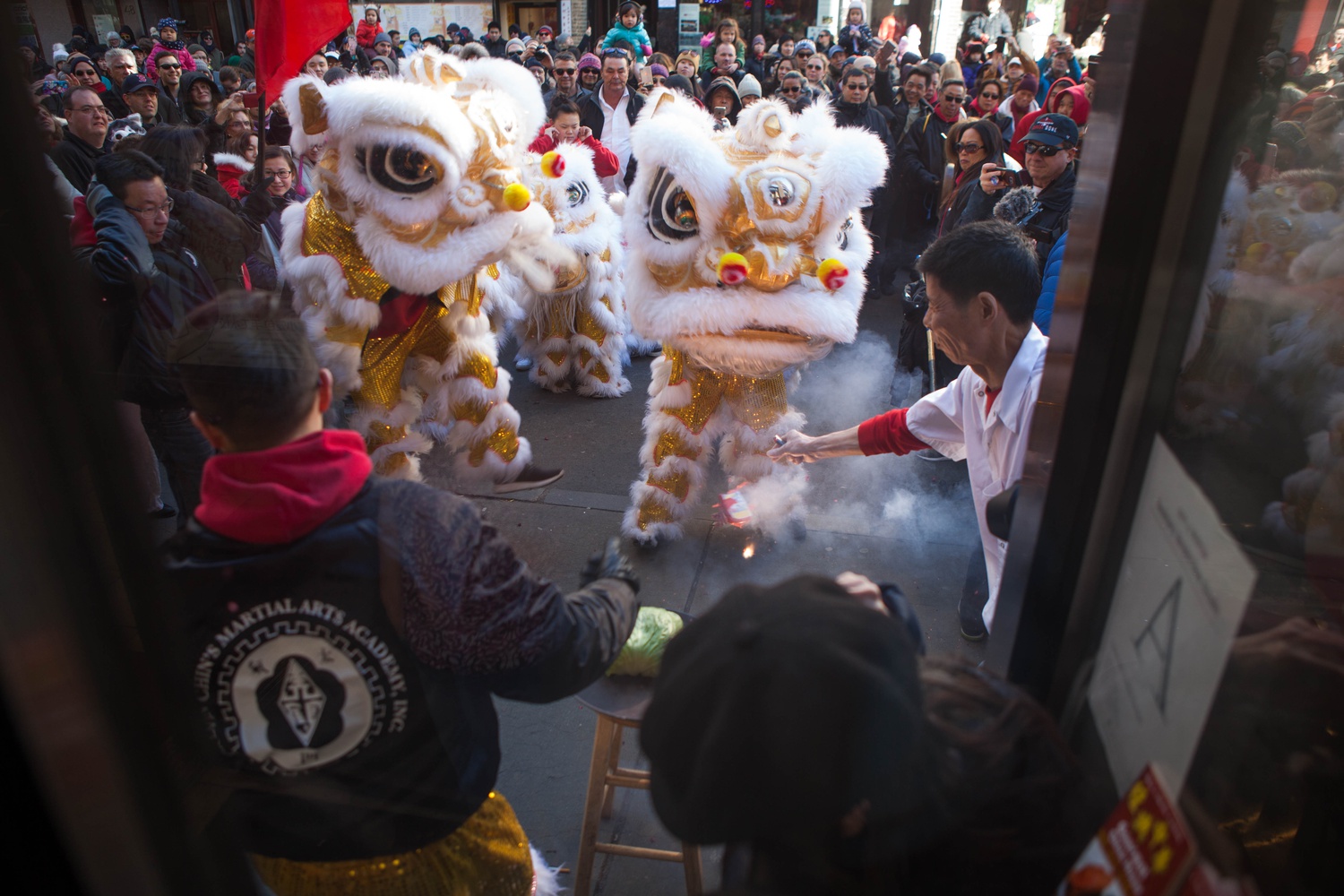 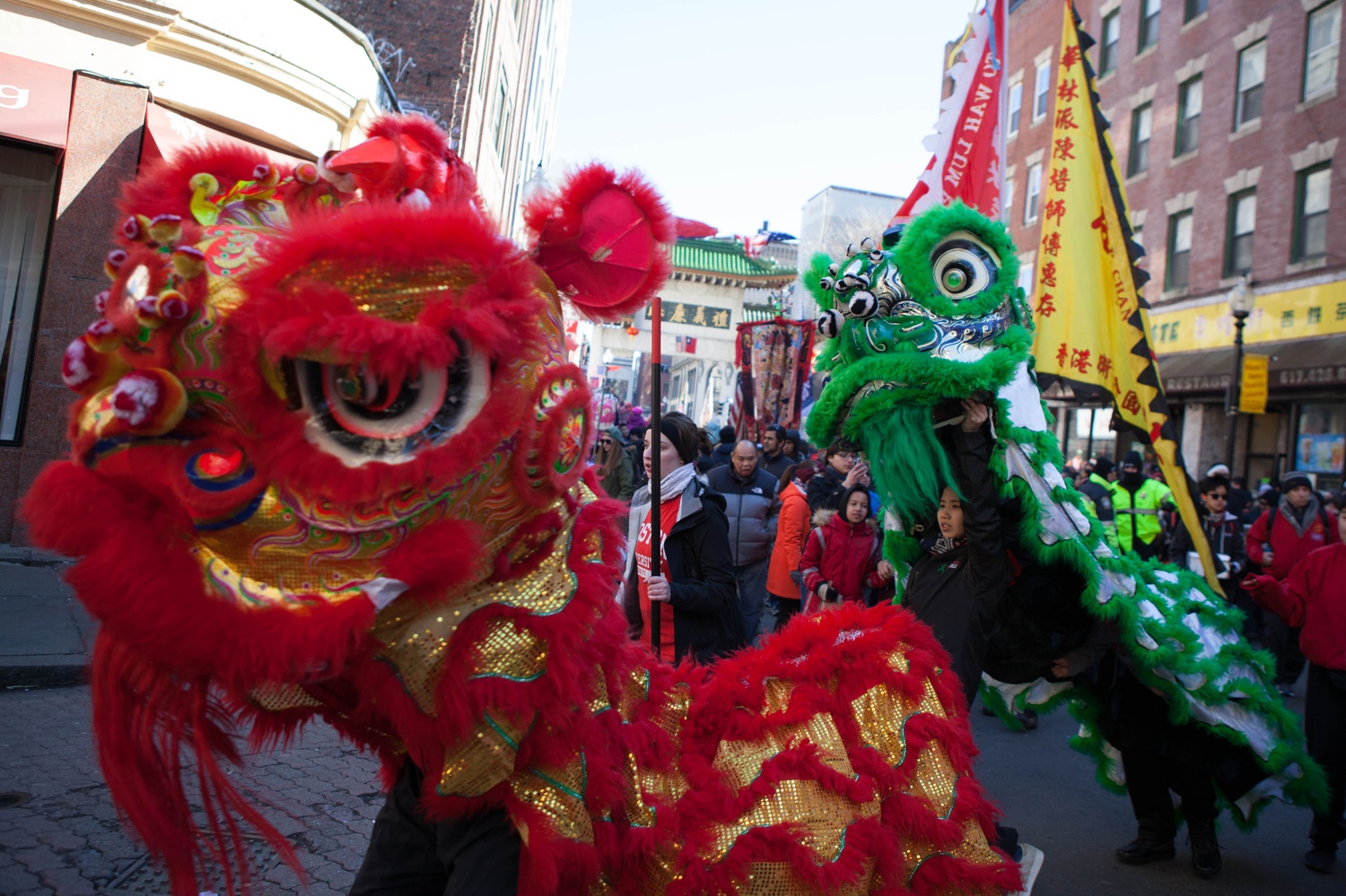 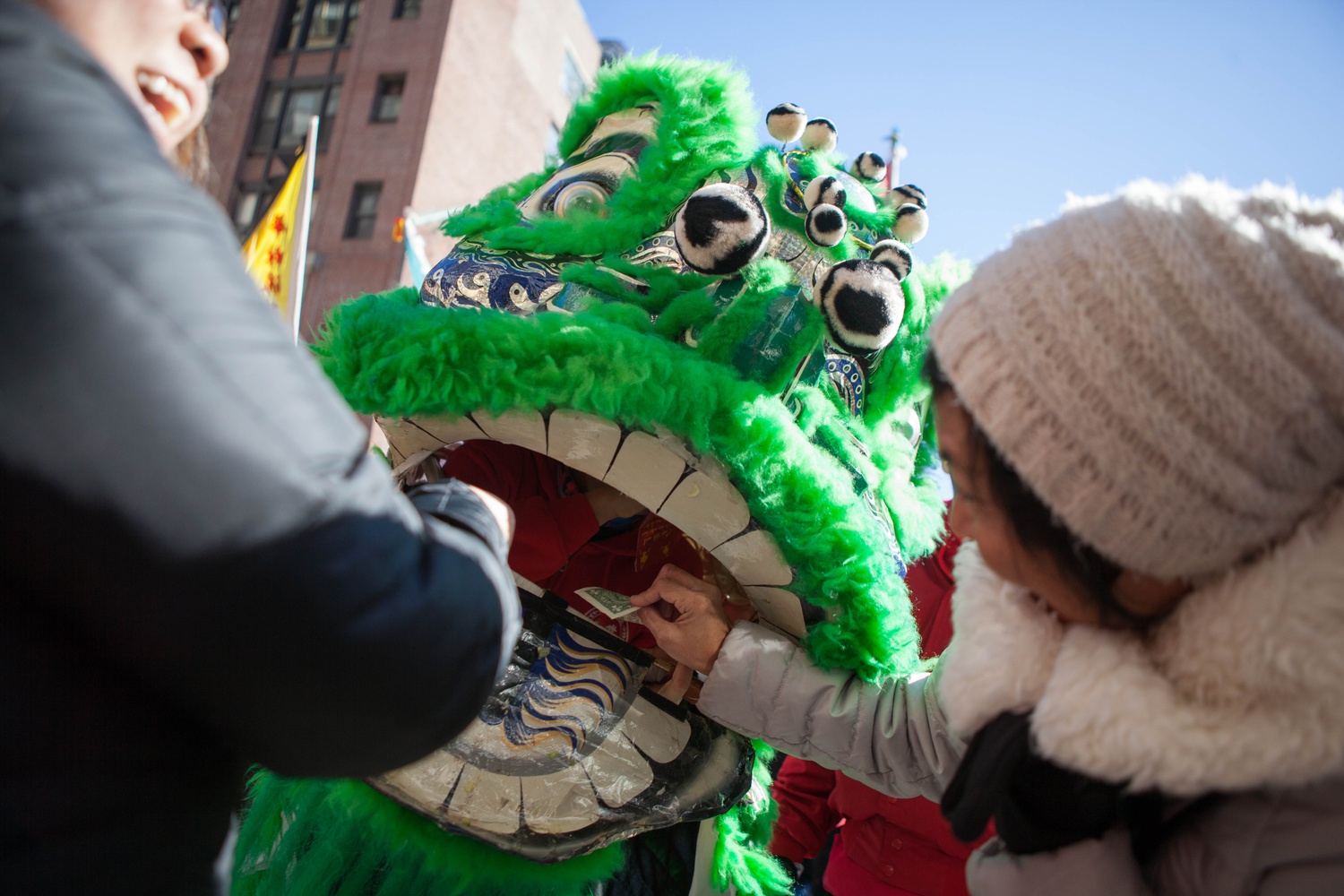 Spectators “fed” the lions money, both as a donation to the performers and a symbolic gesture good luck. 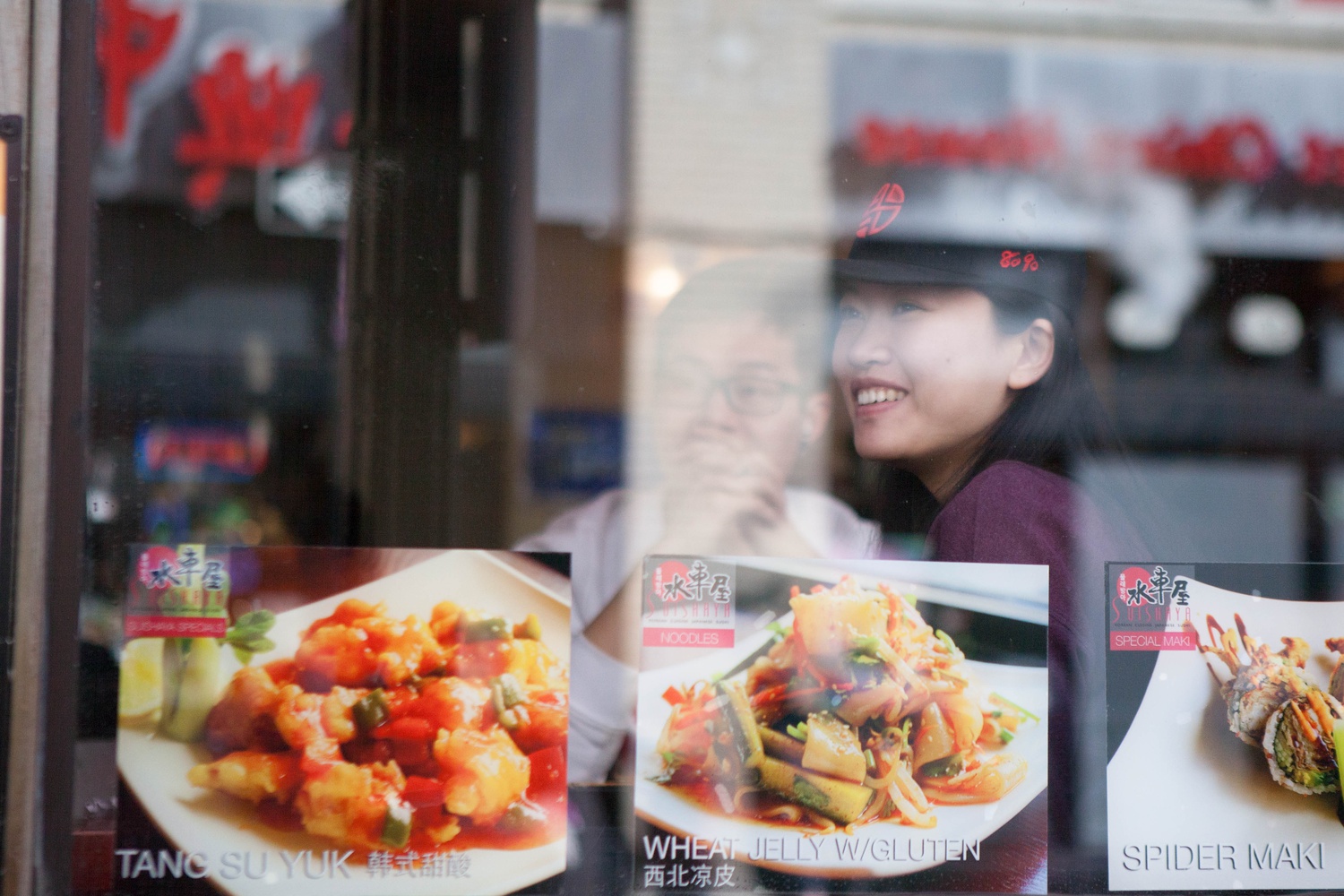 As dance troupes made their way through the streets of Chinatown, the cacophony of drums, symbols, and firecrackers drew the attention of restaurant-goers. 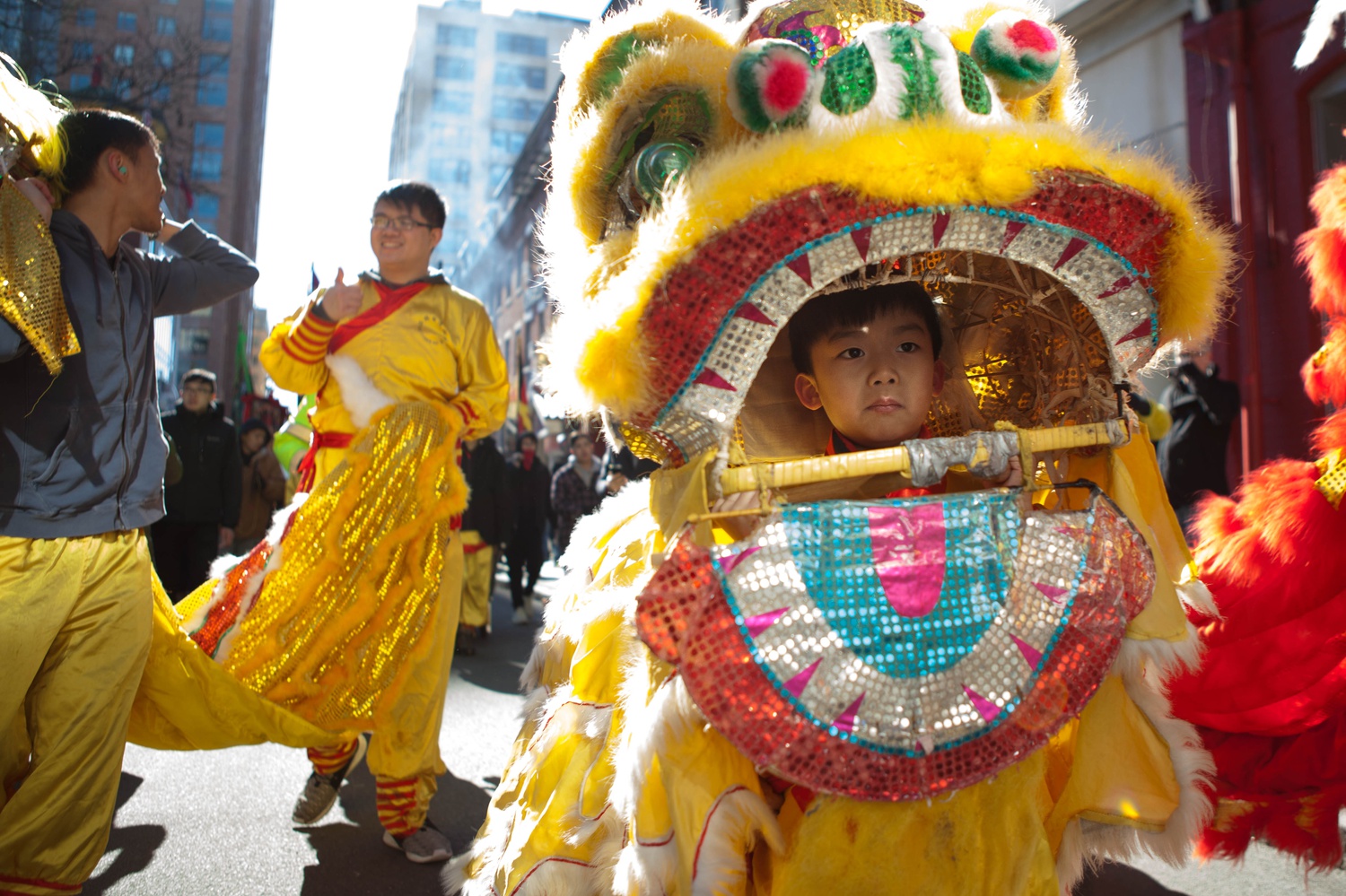 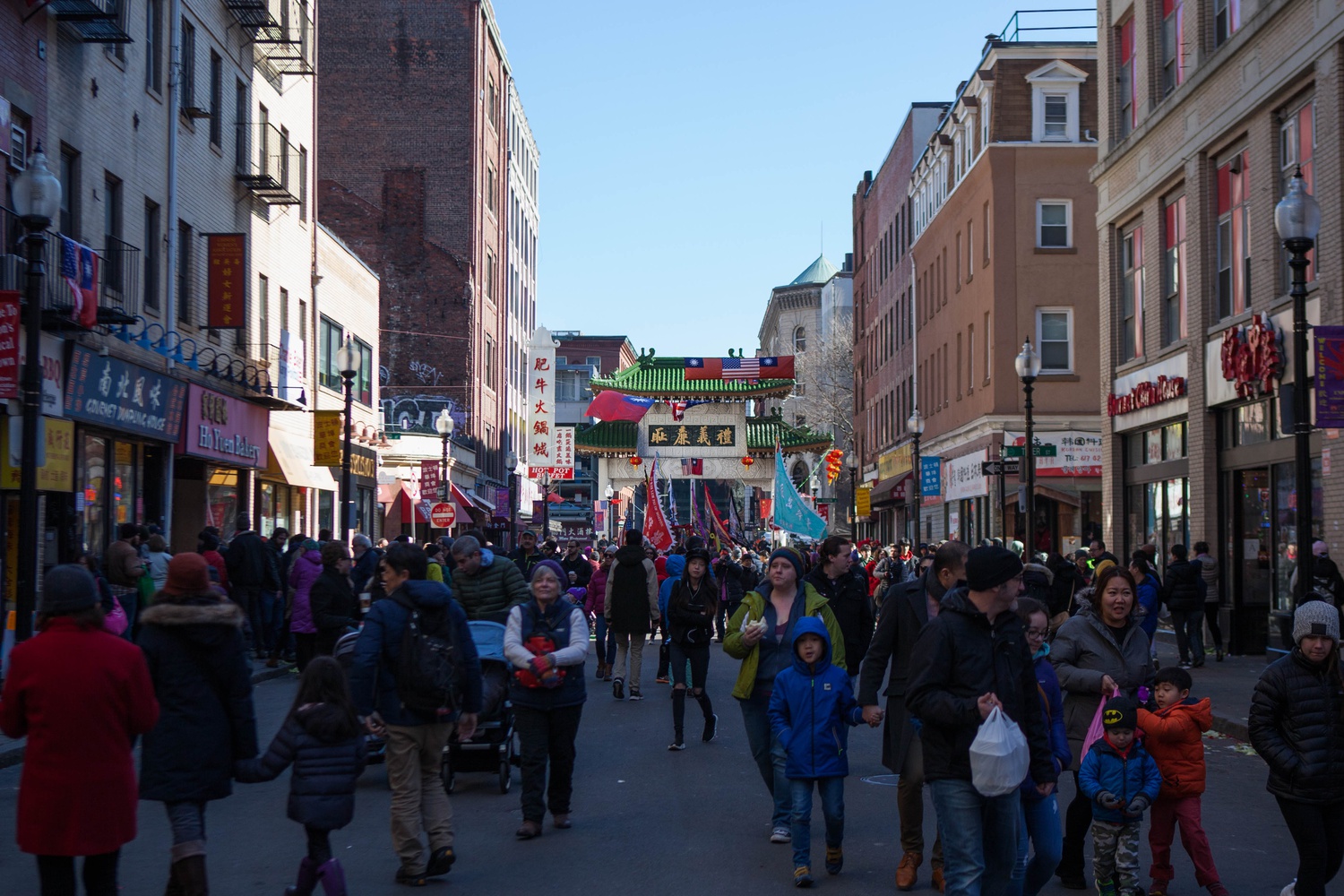