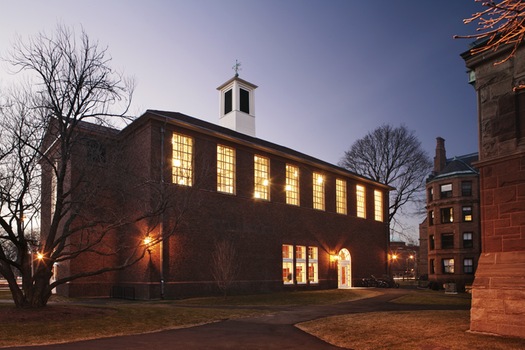 Hemenway Gymnasium and Malkin Athletic Center users must now check out equipment like sweat towels after dozens of towels and other equipment went missing.

Harvard Recreation General Manager Kim Lacasse wrote in an email that the new policy went into effect on Feb. 4, shortly after students returned from winter break. Users who fail to return their towels under the new policy will face fines if they don’t return them after an emailed warning, according to Ashley Correia, who works behind the desk at Hemenway.

“Our policy is whenever members would like to use any equipment stored behind the desk, including towels, we will check the equipment out via your account and once they are done using it check it back in once returned to the desk,” Lacasse wrote.

Lacasse wrote that the gyms implemented the membership equipment check-in policy after upgrading their software to a more sophisticated system. The new policy is designed to prevent users from taking equipment — such as sports balls and sweat towels — with them when they exit the recreation facilities.

“We also hope with this new system members are deterred from not returning equipment,” Lacasse wrote.

The gyms’ old policy asked users to return equipment to their designated place. Without a mechanism in place to enforce the policy, however, equipment often went missing. Hemenway, the gym on Harvard Law School’s campus, was hit especially hard with disappearing sweat towels, according to individuals who work at both gyms’ front desks.

“At a certain point, Hemenway was struggling to have towels,” said Areeb Afridi ’20, who works at the MAC.

Recently, Hemenway ordered “a whole bunch” of new sweat towels, and within the first week a lot of them were already gone, according to Correia.

The number of towels that went missing from Hemenway was “probably double digits or low triple digits,” Afridi estimated. Correia said people were most likely removing them from the gym, given that they were not found around the facility.

Afridi said he thought forgetfulness was the cause behind the missing towels.

“I don’t think anyone deliberately was taking towels but because there was no check out policy they had it around their neck and took it outside with them,” he said.

“[I’m] not surprised because it was so easy to walk out with a towel,” she said. “It’s a weird change because [I] didn’t have to do it before but makes sense.”

Harvard Kennedy School student Regan M. Smurthwaite said she has only used a sweat towel under the new policy. She speculated that it might pose an inconvenience for some, but that it is “not a big deal.”

Others, however, found the extra steps a nuisance.

Graduate School of Arts and Sciences student Adrienne H. Sabety said the policy was an inconvenience.

“I don’t love it but it’s fine, just annoying,” she said. “I have to remember to check it back in.”