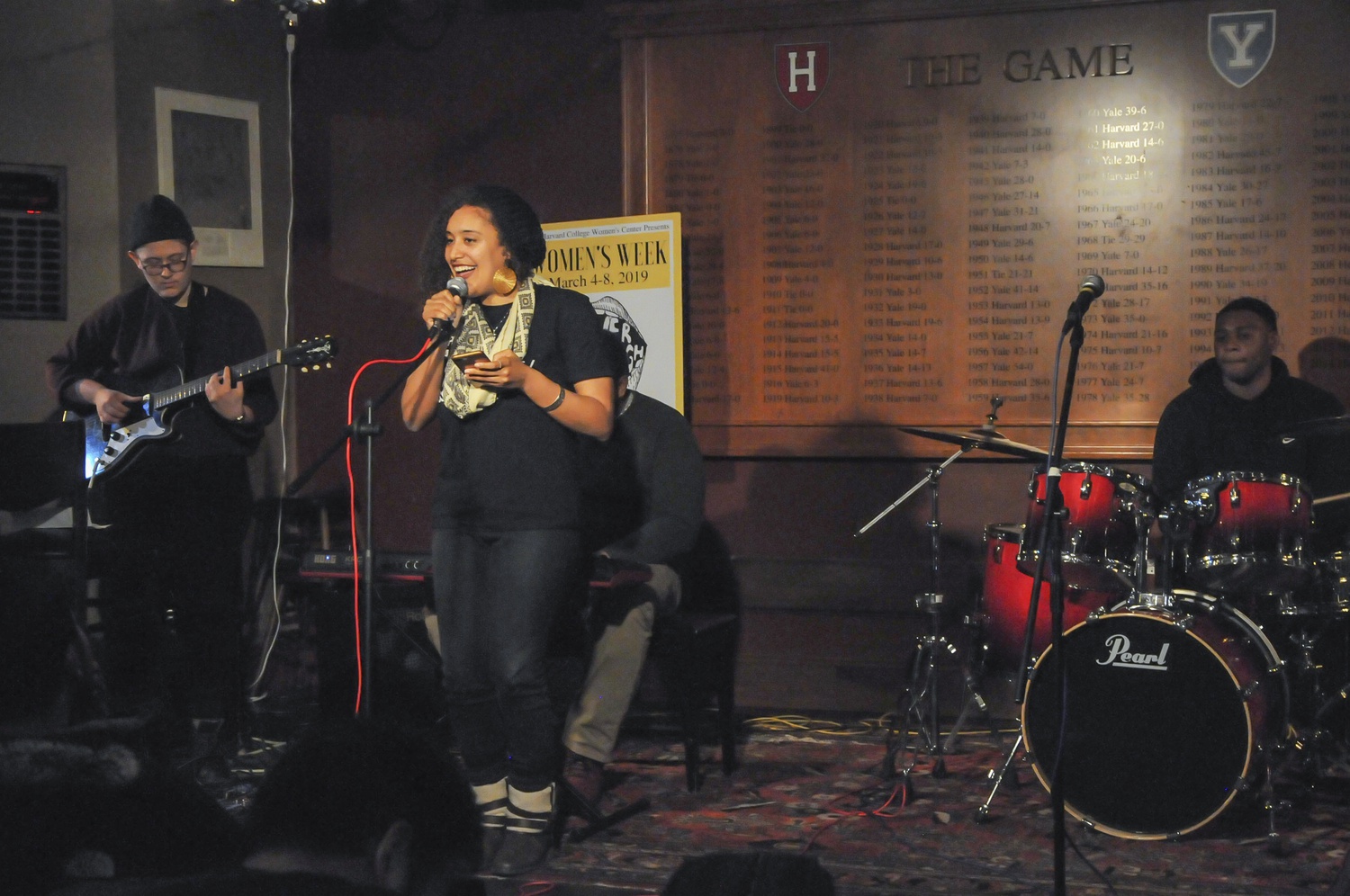 “The goal of Women's Week is to collaborate with students across campus to celebrate women’s achievements, promote dialogue about women’s and gender issues, and highlight the varied and intersectional experiences of women at Harvard and beyond,” Christie A. Jackson ’21, the Women’s Center intern who led this year’s Design and Publicity team, wrote in an email.

The Women’s Center partnered with a number of organizations on campus to host programming. The Harvard Project for Asian and International Relations was one of more than a dozen campus groups that hosted or co-hosted events during the week. On March 4, the first day of events, HPAIR hosted a discussion event titled “Women Throughout Asia: The Gender Experience in IR” featuring Harvard Kennedy School student Victoria Chia as a guest speaker.

This year marked the first year that HPAIR participated in Women’s Week, according to Shivam A. Bhatt ’20, the organization’s executive director of external relations.

“Coming to the steering committee meetings that we have with the Women’s Center through the planning process, you got to see how so many different groups across campus are really trying to contribute to the dialogue and the discussion,” Bhatt said. “We came with the approach of women and international relations, and how the gender experience plays out there.”

Rameen A. Rana ’20, one of the group’s co-presidents, cited this discussion — in which a dozen students struck up an unexpectedly personal conversation on the sacrifices and love of their mothers — as one of her favorite SAA events of the year.

“I used to think that a measure of success for an SAA event was how many people were there, and if the room was super full and busy,” Rana said. “But I think this was one of the first events where that was definitely not why I thought the event was a success.”

Rana also said that she appreciated the opportunity that Women’s Week presented for participants to converse freely and “forget all ‘psets,’ forget all quizzes and tests, and just talk about our moms.”

Other events throughout the week included a screening of “The Devil Wears Prada” hosted by the Harvard Undergraduate Women in Business, as well as a panel about transitioning historically single-gender musical groups on campus to gender-inclusive spaces hosted by the Radcliffe Choral Society, Harvard Glee Club, and Harvard Din & Tonics, according to a Facebook page for the event.

Jackson named “the diversity of programming” as her favorite aspect of the 2019 Women’s Week and said she anticipates consistent change and adaptation for this annual event in future years.

“Every year there are new themes, new events, and sometimes new Women's Center interns leading the programming,” Jackson wrote. “Women's Week is always changing and evolving to provide the campus what it needs that year.”