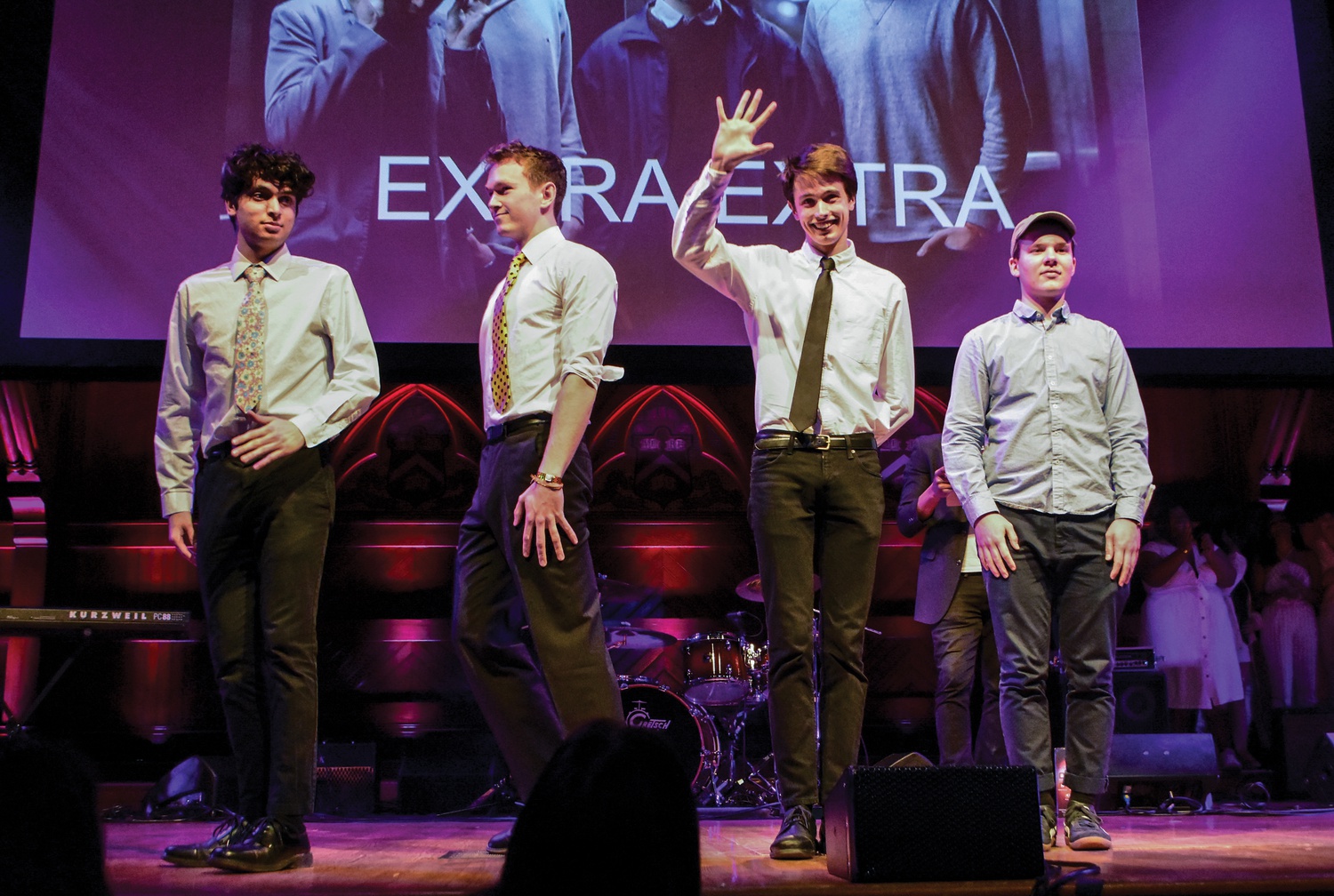 Extra Extra was one of the winners of the Battle for Yardfest on Wednesday night in Sanders Theatre. They, along with Maybe There's Life, will open for Bazzi and Kiiara, who will be headlining Yardfest this year. By Solomina M. Darko
By Michelle G. Kurilla, Crimson Staff Writer

Student groups Extra Extra and Maybe There's Life will open for Bazzi and Kiiara at the festival on April 7 in Tercentenary Theater. The students artists were chosen after they competed in CEB's annual Battle for Yardfest and were selected by event attendees.

Bazzi, a Michigan native, is known for songs like “Mine” and “Beautiful,” both of which peaked on the Billboard Hot 100. In April 2018, he released his debut album “Cosmic,” which has been listed on several international charts. Kiiara hails from Illinois and is known for songs like her 2015 debut single “Gold” and “Heavy,” on which she collaborated with Linkin Park.

“We are very excited about Battle for Yardfest, as our Arts and Entertainment Committee (A&E), led by Raven Richard '20, has put together a fantastic show of talented student performers,” College Events Board Co-president Alex Gibbons wrote in an email to The Crimson. “A&E holds auditions in February that are open to the campus and selects student groups to perform at BFY based on these auditions.”

After polling the crowd of students at Battle for Yardfest, the winners were revealed to be Extra Extra and Maybe There’s Life.

Following the arrest of a black Harvard undergraduate the night of Yardfest last year and more than 17 students being transported by ambulance due to intoxication, the University reviewed its safety policies and moved this year’s concert to Sunday afternoon, a shift from previous years when it was held on Friday evening. Last year's arrest sparked allegations of police brutality and prompted some students to call on the University to change its policies.

Students will no longer be allowed to bring guests to the event this year. They will also not be allowed to re-enter the concert venue if they leave. The recommendations come from a special committee appointed by former University President Drew G. Faust in the wake of the arrest.