MFA’s ‘Frida Kahlo and Arte Popular’ Asks a Radical Question: What Inspired Her? 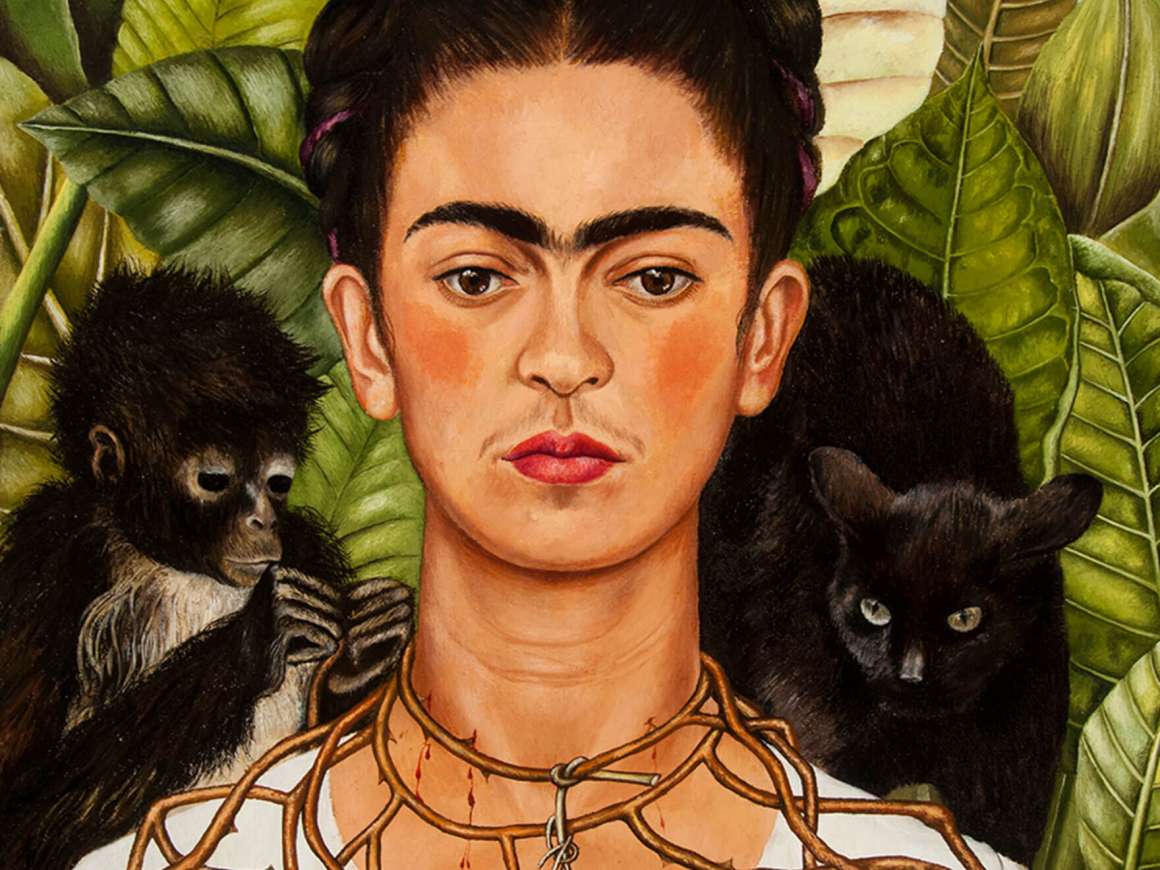 The name and face of Frida Kahlo have become a brand of their own, coming to represent a feminist icon, a survivor of tragic illness, and a political revolutionary. “Frida Kahlo and Arte Popular,” an exhibit at the Museum of Fine Arts, Boston until June 16, is not just another homage to her storied life and iconography, but rather a much needed and deserved look into her inspirations — namely, Mexican folk art, or “arte popular.”

In a poignant link between art and politics in the years following the Mexican Revolution, government officials and artists alike strove to unite the divided Mexican people. Kahlo and other urban intellectuals passionately collected handmade objects made in rural communities, from ceramics to children’s toys, which came to represent a shared and distinctly Mexican history. Though the exhibit only features eight of Kahlo’s own pieces, it comprehensively contextualizes them with arte popular objects similar to those in her own collection, demonstrating the many unequivocal, shared strands between her work and the movement at large.

The exhibit is divided into five thematic sections, each of which features at least one of Kahlo’s works. The first section, “Art of the People,” opens with two portraits: “Autorretrato con collar de espinas y colibrí” (“Self-Portrait with Hummingbird and Thorn Necklace”) and the MFA’s recent acquisition, “Dos hermanas (Salvadora y Herminia)” (“Two sisters”). Because Kahlo is perhaps most known for her self-portraits, this introduction seems expected. Further scrutiny, however, reveals that the organic backgrounds of her portraits emulate the leafy, floral patterns from the two burnished vases on display nearby. Moreover, Kahlo’s choice to use the European form of portraiture is a commentary in itself, as she harkens back to her own German roots from her father’s side while honoring the Spanish and indigenous heritage of her mother.

Another section, “Aesthetics of Childhood,” highlights Kahlo’s fascination with the world of children, an interest she shared with many of her contemporaries. As many art critics saw children’s artwork as “spontaneous,” it — along with handmade children’s toys — served as a source of inspiration for arte popular. In “Niña con máscara de muerte (Ella juega sola)” [“Girl with Death Mask (She Plays Alone)”], Kahlo hides her face under a skeleton mask and holds a marigold in a reference to “Día de los muertos,” or Day of the Dead. Here she juxtaposes youth and death, blurring the distinction that would usually keep them in separate spheres. Similarly, arte popular also fused the inanimate with the animate, life with death, and things with beings, making skeletons smile and pitchers sprout plants.

In perhaps one of the most effective curatorial placements, a glass case of arte popular objects sits directly in front three of Kahlo’s still lifes. Out of context, Kahlo’s propensity to animate her still lifes by giving fruits humanlike qualities may seem arbitrary. But here, the inspiration is clear: “Cocos gimientes” (“Weeping Coconuts”), for example, is paired with carved coconuts with eyes and teeth, just a sampling of Mexican artists’ experimentation with coconuts.

Unfortunately, the two adjacent galleries that are intended to complement the main exhibit detract from the central purpose. On one side is “Modernism and Folk Art in the United States,” which features a generous supply of folk art from Kahlo’s “modernist colleges in the United States,” according to the gallery’s description. While it does serve as contextualization for the contemporary American folk movement, this addition feels unnecessary given the already established focus on Kahlo and arte popular.

The other gallery is an emotional amalgamation of other Kahlo-related works not by Kahlo herself. “Frida’s Bathroom,” an intimate photograph series by Graciela Iturbide, captures various of her possessions that her husband, Diego Rivera, locked away in her bathroom after her passing. Under Iturbide’s direction, these possessions come to represent different aspects of Kahlo’s suffering and turmoil: prosthetic legs, back braces, pain medications, and posters of Soviet dictator Joseph Stalin, whom she admired as she was a staunch member of the Mexican Communist Party. The rest of the works featured in this gallery are similarly intriguing — but granting them a space just as large as the main exhibit’s ultimately distracts from Kahlo’s own work.

Paradoxically, “Frida Kahlo and Arte Popular” transcends oversimplifications of Kahlo’s life by asking a radically simple question: What inspired her? Kahlo is far more than her eyebrows or moustache, as popular and commercial conception has come to maintain, and her art encapsulates more than a tumultuous marriage or a life of illness and injury. As “Frida Kahlo and Arte Popular” shows, Kahlo was an ambitious and accomplished painter — one who contributed powerfully to a national artistic movement in the years after a nation-altering revolution.