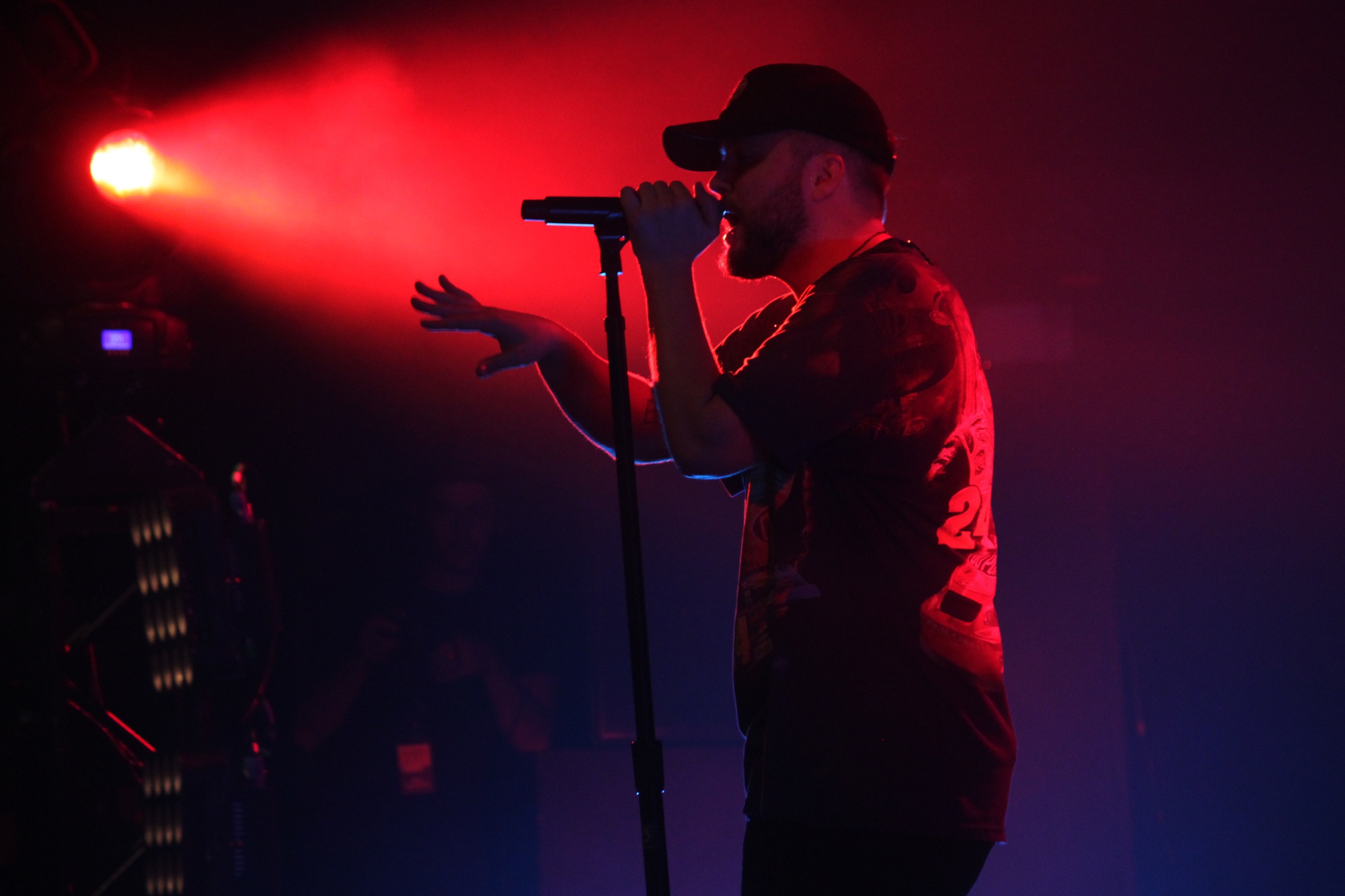 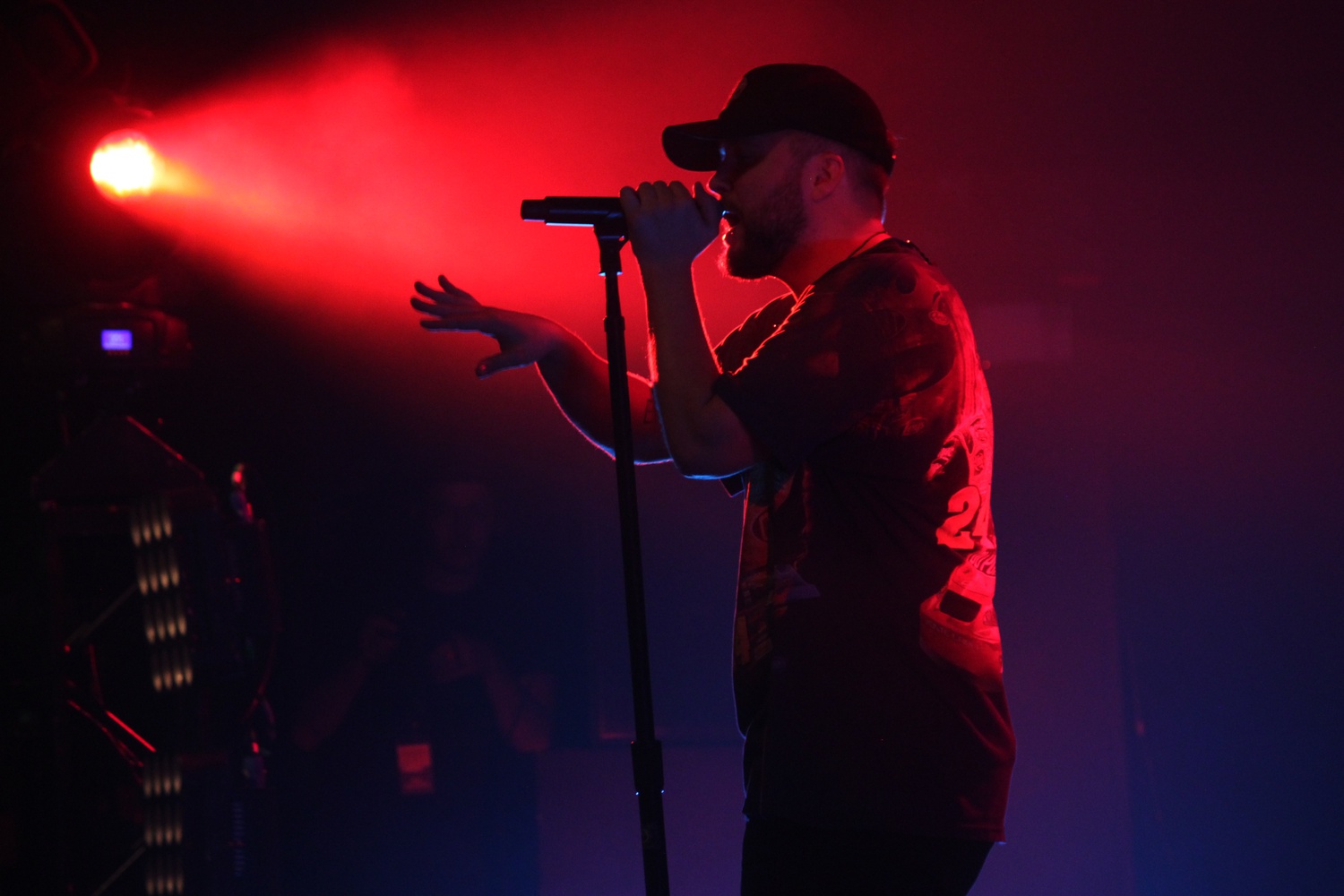 Quinnxcii performs at the House of Blues on Thursday night. By Casey M. Allen

Michigan-born indie-pop artist Quinn XCII showcased his superb talent in an intimate performance at the House of Blues in Boston. Though Boston was far from the first stop on his “From Tour With Love” tour, Quinn XCII did not show the slightest exhaustion at his performance Wednesday evening. He greeted an apprehensive crowd with his new song, “Sad Still.” Immediately, the crowd started grooving with a recognizably catchy Quinn tempo. He filled the concert hall with his clear, melodic voice while fun, psychedelic patterns and images flashed on the screen behind him. His playful dancing and lively movement added to the lighthearted sensation in the crowd. Audience members on the first floor and up on the balconies couldn’t help but move to the irresistible beat of the music.

While most of Quinn XCII’s songs have a fun, upbeat feel, the perky pulse of his beat often masks the melancholy meaning behind his lyrics. This idea is particularly relevant — and noticeably paradoxical — in his newest album. “From Michigan With Love” is a testament to mental health. After singing a few of his songs, Quinn XCII actually paused to speak to the crowd and said, “Even though you might be going through a really shitty time right now… you have a tomorrow if you want it. Life is going to go on. If you feel like shit right now I want you to know you’re not alone.” Cheers and whistles from the audience punctuated his words as he continued, becoming increasingly personal. “We’re struggling through this together. And I want you to know this because I struggle with that stuff too, and it’s nice to know that there are other people out there that go through it, just like me,” he said. Quinn then proceeded to sing “Life Must Go On,” another song from his new album. The colorful lights flashed, the image behind the stage displayed playful, abstract images, and Quinn began to swing and bop his way across the stage once more.

The night continued with Quinn showcasing more of his new sounds, occasionally throwing in popular songs from previous albums such as “Candle” from “The Story of Us.” At one point, he seemed to disappear from the main stage, only to surprisingly pop up in the back of the venue in the middle of the shocked and ecstatic crowd. His proximity added an additional level of personal connection, bonding him with his audience even more. He soon appeared back on stage while the crowd continued to wave their arms and sway with the music. Many captured images and videos on their phone in attempts to crystalize the moment in memory.

Quinn XCII catered his entire performance to the audience. He truly did come from Michigan with love. And repeatedly, the crowd responded with cheers of exhilaration and appreciation. Even after he played his last song, “Kings of Summer” (a collaboration with Ayokay), the crowd refused to leave, pleading for an encore performance. Sure enough, Quinn XCII came back out with a song for the true fans: a piece from his debut album, “Another Day in Paradise.” He finished the night with a double encore. After asking each audience member to turn on their phone flashlight and put it up in the air, Quinn XCII played one of his most popular songs, “Flare Guns.” The incredible and moving night finished with the collective image of each concert-attendee — the House of Blues was dotted with small lights as everyone savored the last sounds of an unforgettable performance by Quinn XCII.

— Staff Writer Alexandra C. Kim can be reached at alex.kim@thecrimson.com.