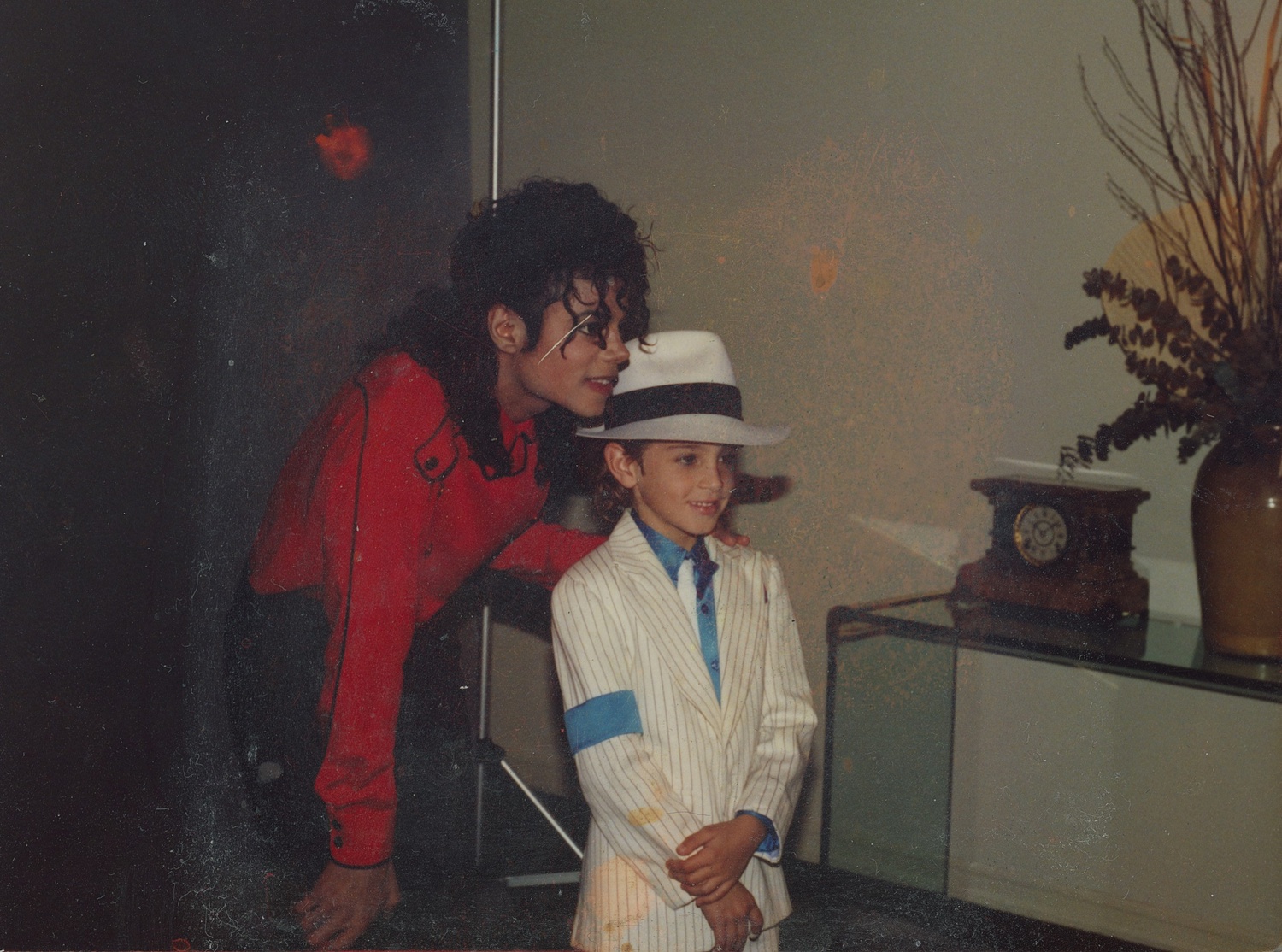 Michael Jackson and Wade Robson posing for a photo. By Courtesy of HBO
By Hunter T. Baldwin, Contributing Writer

Few people have had as great a cultural impact as Michael Jackson. From the start of his musical career in 1964, the frequently dubbed “King of Pop” has made waves both in and out of the music industry. Even today, 10 years after his death, Jackson continues to be the subject of media coverage and discussion — though for reasons that are far less than admirable. Since 1993, Jackson’s career has been notably marked by multiple allegations of sexual abuse against young boys. “Leaving Neverland” tells the story of just two of the pop star's most recent accusers: Wade Robson and James Safechuck. The two-part HBO documentary gives a hauntingly powerful, if noticeably partial, glimpse into the life of an enigmatic cultural icon, as well as the devastating effects of child sexual abuse.

“Leaving Neverland” has a relatively simple premise — interviews with Robson, Safechuck, and their immediate family members are interspersed with corresponding footage from the 80s. These interviews allow Robson and Safechuck to tell their stories from beginning to end, giving voice to those most often overlooked in celebrity scandals: the survivors. Accordingly, Episode One begins not with the allegations, but with the complicated series of events that led to each boy befriending the notoriously anti-social star. Director Dan Reed portrays Robson and Safechuck as boys with big dreams, and their respective meetings with Jackson appear to hold the key to achieving them. The courting process that follows is haunting: Through grooming and subtle manipulations, Jackson ensures that both boys and their families come to depend on him completely. This contextualization makes the first alleged incident of sexual abuse, a good 40 minutes into Episode One, feel all the more devastating a betrayal.

Robson and Safechuck do not hold back in their descriptions of the abuse they suffered, but these disturbing accounts are not the primary focus of the documentary. Instead, “Leaving Neverland” largely centers on the consequences and events that followed the instances of sexual abuse. Episode Two delves into the first allegations against Jackson in 1993 by another one of Jackson’s child companions, Jordan Chandler. Once again, Robson and Safechuck detail the manipulation tactics Jackson used to ensure they would stay in line and defend him in court when allegation turned to legal action. “He told me that if anyone finds out, his life would be over and my life would be over,” Safechuck says. As such, both survivors continued to defend Jackson. By the time Jackson was accused again in 2005, however, the now young adults’ support had begun to run thin, and his death in 2009 brought a sense of relief.

Perhaps most striking about this documentary is the fact that, despite the series’ focus on his scandals, Jackson is largely left lurking in the background. Jackson functions just as elusively in the series as he did in real life. His iconic music is only played when absolutely necessary — such as in scenes where the accusers find themselves at concerts — reflecting the directorial choice to not give Jackson any more airtime than required. Similarly, Jackson’s spoken voice is rarely heard, despite the abundance of interviews and speeches available. These decisions contribute to the overall feeling that this documentary is is truly about the survivors. Michael Jackson’s story has been told time after time. “Leaving Neverland” is not his turn.

With the documentary’s focus on survivors and lasting consequences comes an emphasis on Jackson as not only an abuser, but also a family destroyer. The only people interviewed besides Robson and Safechuck themselves are their mothers, wives, siblings, and grandparents. Their testimonies shed light on the secondhand emotional toil that this scandal caused them. At times, the documentary appears to go off topic in detailing the relationship issues between Robson’s parents or his father’s subsequent mental health struggles. However, it quickly becomes clear that these events are direct repercussion are direct repercussion of Jackson’s alleged abuse.

Things only get worse when the families discover the abuse that has been going on right beneath their noses. In fact, Jackson’s death occurs halfway through Episode Two, with the remaining hour focusing almost entirely on the families’ reactions to the revelations that the rumors of abuse were, in fact, true. The mothers, in particular, are shown to suffer not just from the troubles their families have been dragged through, but also from the guilt they feel for the role they played. The survivors’ wives and siblings also wonder how any parent could ever think it was okay for a grown man to sleep in the same bed as their child. “I could forgive Michael one day if I just write him off as sick,” Joy, Robson’s mother, says. “But I’ll never forgive myself.”

The documentary also pays great attention to the trauma inflicted on the survivors’ mental health. As those most affected by these incidents narrate their sides, the stories told range from more explicit discussion of depression and PTSD to more implicit signs of their trauma — a particularly striking example is that Safechuck frequently speaks in the second person singular, as he cannot mentally put himself back in the abusive situation he was once in. In this way, the documentary points a spotlight at the ways in which momentary incidents can have a lasting impact on one’s well-being, as well as the internal conflicts that lead to survivors’ reluctance to come out immediately with the truth.

No one should go into “Leaving Neverland” expecting an impartial depiction of Jackson’s actions. The documentary clearly holds the allegations as true, and it makes no effort to hear from Jackson’s supporters, like his other young companion, Macaulay Culkin. The show also quickly and superficially brushes off the common criticism that these allegations are simply a gambit for money. In this way, it fails as a piece of investigative journalism — as a chilling representation of the effects that abuse can have on everyone involved, however, it shines. “Leaving Neverland” is extremely effective in convincing viewers that the allegations are true by eliciting emotional responses. In the end, “Leaving Neverland” is not just the story of a celebrity and the charges against him. It is a story of trauma, resilience, and most importantly, justice — or lack thereof.