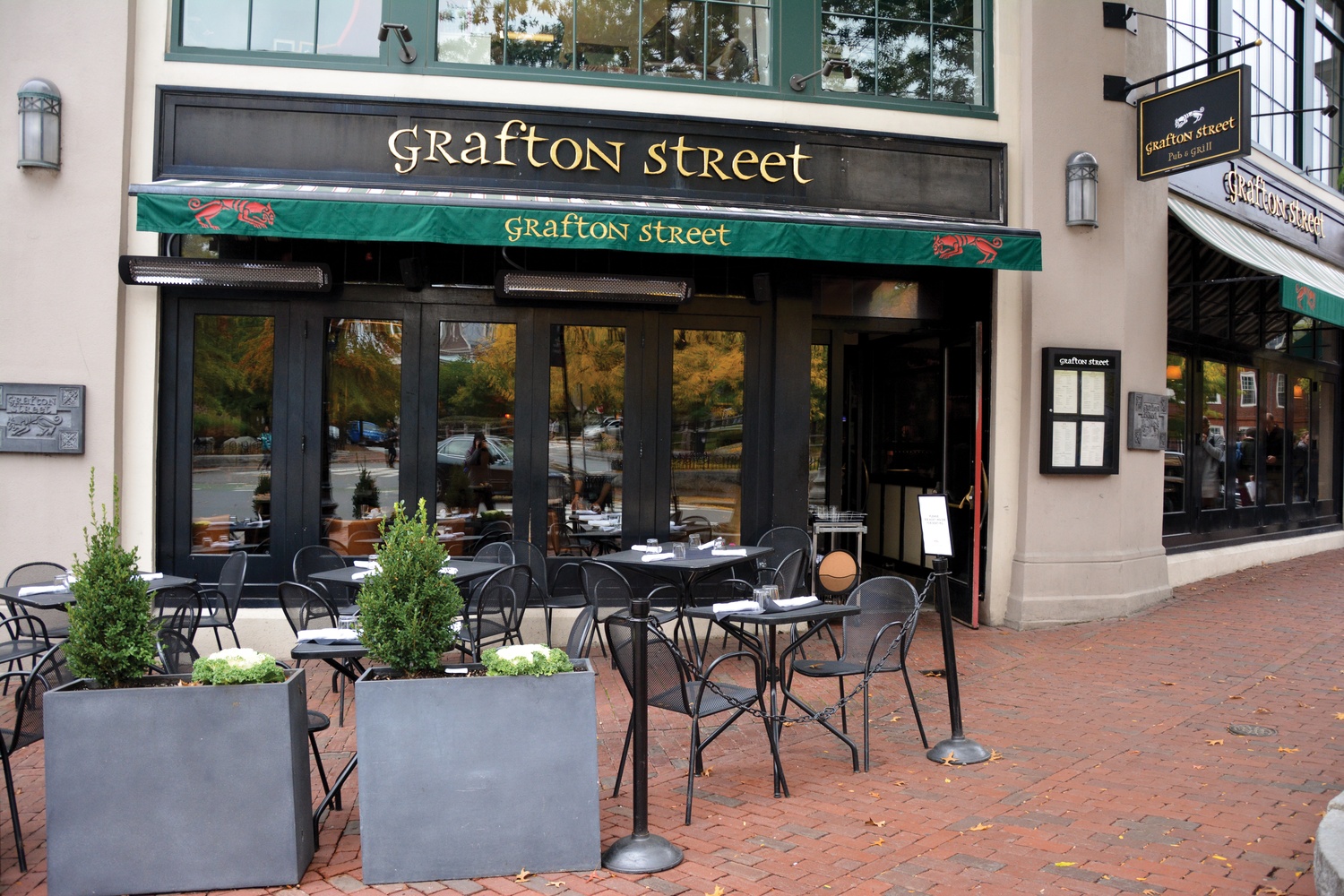 Classroom to Table, now out of money, took students to restaurants such as Grafton Street. By Jocelyn Wang
By Samuel W. Zwickel, Crimson Staff Writer

Classroom to Table — a program that brings together undergraduates and their professors for College-subsidized fine dining in Harvard Square — has been cancelled mid-semester due to lack of funding for the third consecutive term.

“As we stated at the start of the term, program funding is limited,” a Wednesday afternoon update to the program’s website reads. “We have had a very successful term and have reached our funding limit.”

The popular initiative — originally piloted in fall 2015 — enables groups of three to five students to invite a Harvard faculty member for lunch or dinner at a select number of local eateries; this semester’s slate includes Grafton Street, Park Restaurant, Russell House Tavern, the Hourly Oyster House, and Temple Bar. The College pays up to 30 dollars for each attendee’s meal, save alcoholic beverages.

Aman Panjwani ’20 said in a Monday interview that Classroom to Table gives him the opportunity to get to know faculty members through casual conversation that goes beyond course topics.

“It kind of breaks down the kind of, like, professor-student divide,” he said. “It makes class a lot more enjoyable for the students and helps us perform better at the end of the day as well.”

History of Science Professor Matthew H. Hersch, who teaches History of Science 189: “The World We Made: Technology and Society,” wrote in an email Sunday that Classroom to Table enables student-faculty interaction that is “difficult to come by any other way” in large lecture courses.

“An hour to talk with a professor among a small group is a real treasure, and I consider the program to be among the best demonstrations of Harvard’s commitment to undergraduate education,” Hersch wrote.

The mid-semester discontinuation comes amid a trend of rising student interest in the Classroom to Table program. An estimated total number of gatherings in fall 2018 was less than half that of the prior fall, and a projected participation count for the current term amounts to 1,414 students and 266 faculty members, according to College spokesperson Aaron M. Goldman.

Over the last few semesters, administrators have implemented increasingly strict limitations on participation in order to maximize the number of students who can partake in Classroom to Table. The initiative, however, continues to hit its funding limit on a regular basis.

Students could participate in an unlimited number of meals until the Classroom to Table program first ran out of money in spring 2017. From that point forward, the Office of Undergraduate Education imposed a cap of four meals per student each semester, which was then reduced to two meals in spring 2018. Even so, the program still exhausted its budget that semester and in the following fall, marking the third consecutive time the program halted mid-semester.

Dean of Undergraduate Education Amanda J. Claybaugh, who oversees the office responsible for administering the program, wrote in an emailed statement Thursday that she wishes the office had sufficient resources to support more opportunities for meals.

“We're delighted that so many faculty and students are so eager to meet outside of class,” she wrote.

History professor Arunabh Ghosh, who teaches History 1602: “Modern China,” wrote in an email that given a pattern of mid-semester cancellations that Classroom to Table “ought not to suffer,” he believes the College should restrict per-meal spending to accommodate student demand.

“One possible solution is to lower and better enforce the per-head allocation,” he wrote. “This will mean humbler lunches and dinners, but greater opportunity for student-faculty interaction, which, after all, is the primary objective of the program.”

Hersch also wrote that partnering with less expensive establishments in Harvard Square might enable more students to participate in the program.

Goldman did not respond to a question asking about the current sources of funding for the program or future fundraising efforts. In past years, student donations toward Senior Gift — a campaign that encourages new graduates to contribute to an “unrestricted fund” at the College and financial aid initiatives — have played a role in subsidizing the meals.