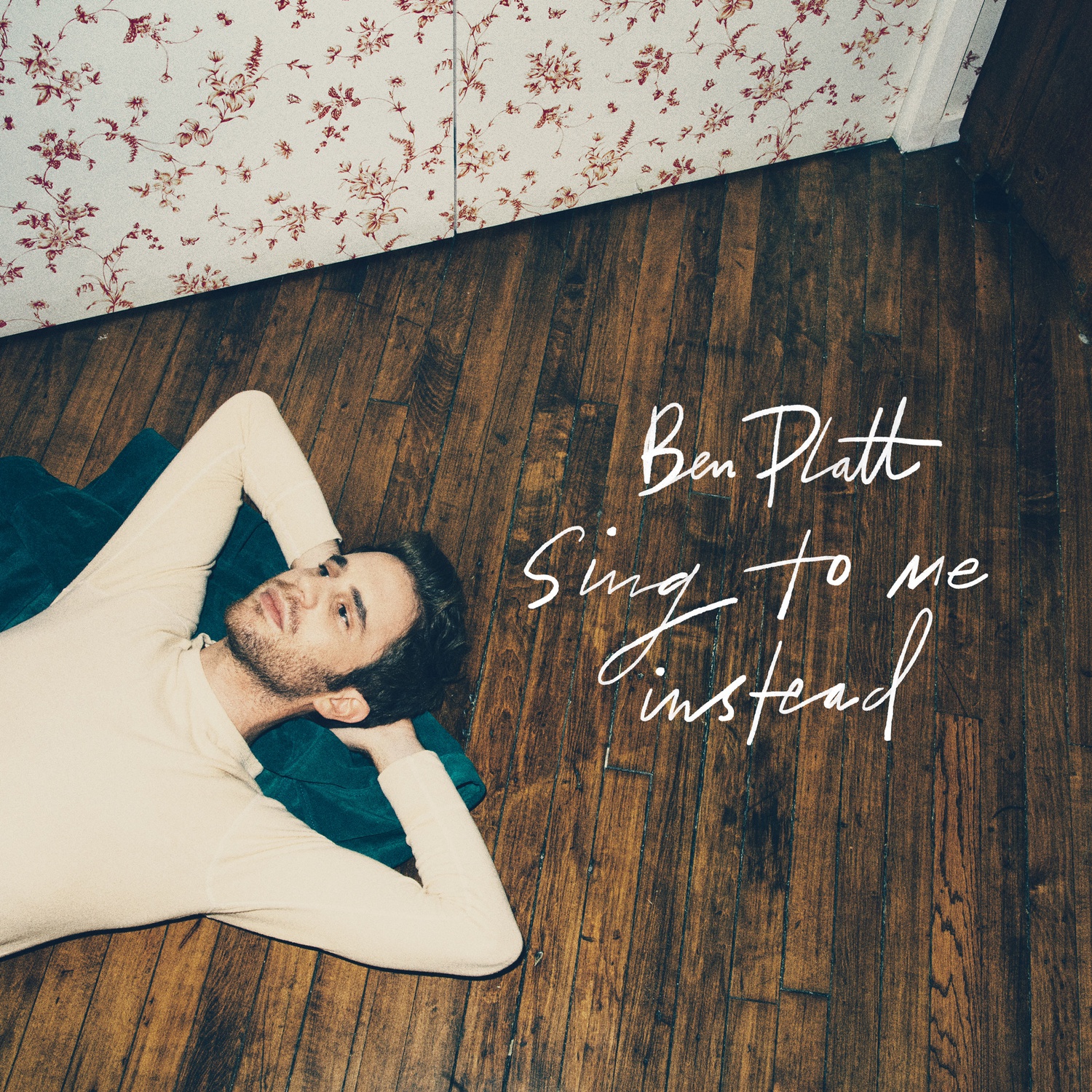 Album Art for Ben Platt's "Sing to Me Instead." By Courtesy of Ben Platt / Atlantic Records
By Joy C. Ashford, Crimson Staff Writer

The music video for Ben Platt’s song “Bad Habits” begins with an empty room and a few vintage photographs. Platt — a Tony winner and newly-minted Broadway hero — shuffles into the room and hunches over the piano, his shoulders slowly creeping up. He leans into the keys. “You always said that I’d come back to you again,” he starts, with an air of almost uncomfortable familiarity. In a few moments, the persona of the larger-than-life Broadway star melts into something decidedly different. He is no longer tens (if you’re lucky) of rows of theater seats away. On his debut album “Sing To Me Instead,” Platt is right next to you, sitting at his living room piano with a visceral kind of honesty.

Platt is an unusual kind of Broadway star. Known for playing the titular teenager Evan in the musical “Dear Evan Hansen,” he projects vulnerability and comes across as a little more down-to-earth than many of his artificially illuminated peers. As a character defined by insecurity, Platt’s Evan never seemed quite comfortable.

The “discomfort” that so many “Dear Evan Hansen” fans saw and related to in Platt’s on-stage character is just as present on his album. But unlike other Broadway stars who have unsuccessfully tried to launch mainstream pop careers, Platt’s music is rooted in his personal fears, hopes, and insecurities, not just his powerhouse voice. This intimacy, combined with the lyrical specificity of the songs, turns “Sing To Me Instead” from a vocal showcase into a compelling narrative.

The songs ache with tension and heartbreak, painstakingly retold in break-up ballads like “Bad Habit” and “Better.” Meanwhile, “Ease My Mind” and “Share Your Address” show a lighter side of love — still strained and complicated, but made meaningful and necessary against the backdrop of individual darkness. The album as a whole is a unique piece of art. It’s not quite dramatic indie, easy coffeehouse, or pop ballad, but somewhere in between. Whether augmenting his searing high notes with a full choir on “Temporary Love,” or stripping back for a ghostly falsetto on “Grow As We Go,” Platt commits to off-Broadway realness. That raw, even strained, sense of vocal and lyrical intimacy ground his more melodramatic tendencies and cement his status as a serious pop artist.

Platt describes the songs as deeply personal — which necessitated, for him, the album’s role as an unofficial kind of coming-out announcement. As he told People Magazine, “If I was going to write about people I loved, I wasn’t going to pretend they weren’t men just because I hadn’t talked about that before.” The album is Platt’s first time addressing his identity as a gay man publicly, weaving it naturally into his narratives of love and loss.

But “Sing To Me Instead” is, first and foremost, about Platt holistically. The album is not just, as he put it to USA Today, a “coming-out album.” It’s about the holistic ups and downs of love, with Platt’s sexuality as a fundamental part of his identity, but not his entire story.

On “Sing To Me Instead,” Ben Platt succeeds in balancing the talent and theatricality that made him famous with the vulnerability that helps him tell a story. His debut album may or may not end up topping pop charts, but it nevertheless feels indisputably comfortable — in all of its artist’s discomfort — in a music world behind the scenes of the big stage.

— Staff writer Joy Ashford can be reached at joy.ashford@thecrimson.com.