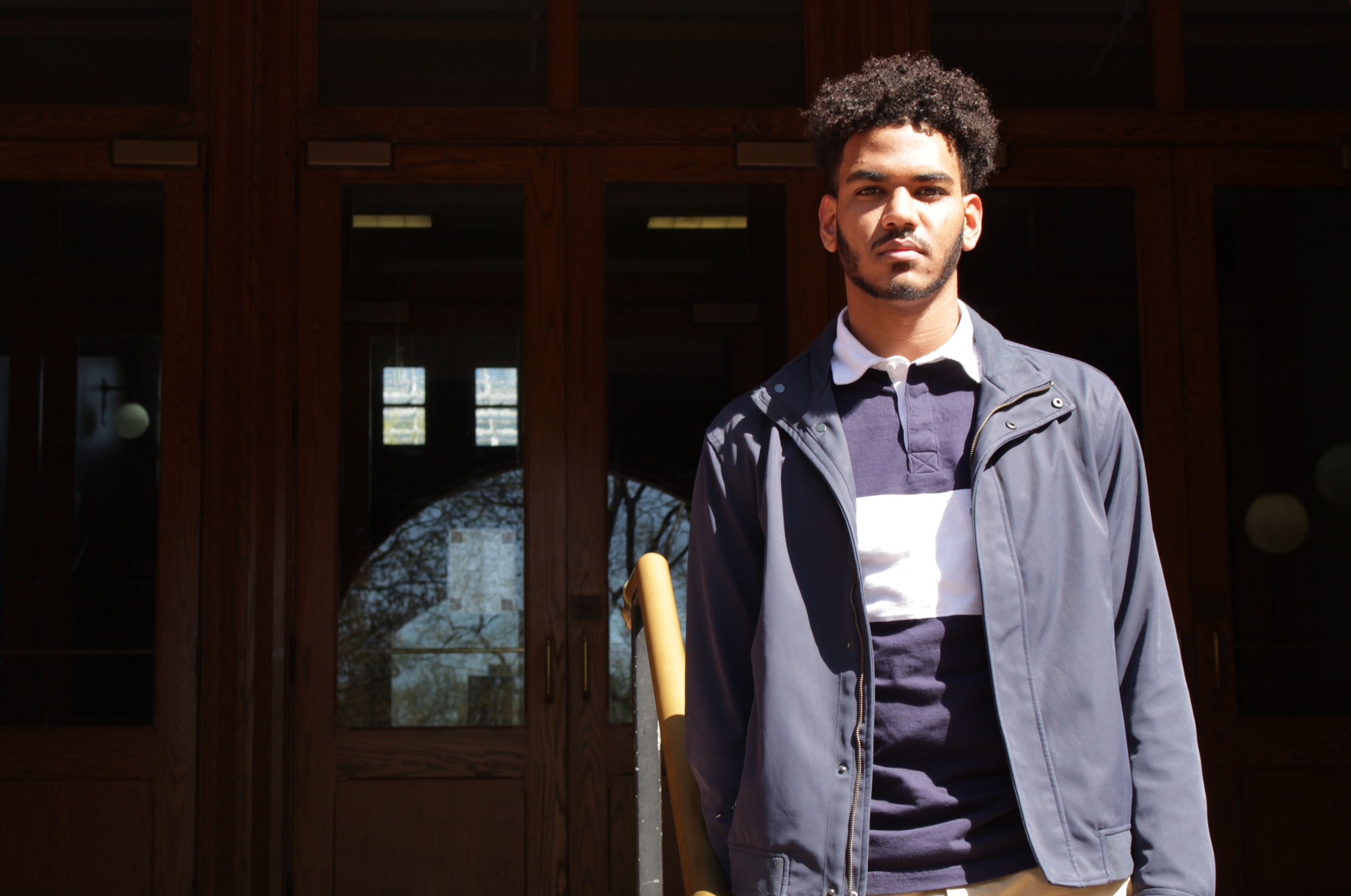 Amidst the turmoil going on at home, Harvard’s Sudanese students are still trying to finish out this semester. The distance between home and Harvard can feel even farther.
By Josie F. Abugov and Carl F. Denton

On April 11, Khartoum International Airport shut down, and Ilham Abdalla Tagelsir Ali ’21 began to panic. “It was like, ‘Oh my god. What am I going to do?’” Ali says. “I go back home every long break, summer and winter. I was just like, ‘I need to see my family.’”

Khartoum International Airport, Sudan’s largest travel hub, closed that day following a military coup that overthrew the administration of president Omar al-Bashir, who had held power since 1989. In the early 2000s, the International Criminal Court indicted Bashir after news broke that he had orchestrated a genocide in Darfur that killed 200,000 citizens. Anti-government protests began in December after a period of steep economic decline and culminated in April in a still ongoing sit-in outside Sudan’s Defense Ministry.

On April 7, Ali reached out to a group chat of Sudanese students at Harvard when she heard about the increasing unrest in her home country.

“I remember just texting the group chat, ‘guys, I’m having a mini panic attack. I need any of you guys. I just need to be in your presence,’” she says.

The 14 Sudanese Harvard students have been in close contact over the past few months, communicating with each other about the instability taking hold of their country. “We all have a group chat because there’s not that many of us… it was a good support system,” says Ali.

At Harvard, Sudanese students have been overwhelmingly in favor of the protests that led to al-Bashir’s removal. “It’s been really inspiring to see the people of Sudan revolt,” says Leena A. Hamad ’21. “It is really beautiful to see them witnessing the changes that are happening, and it’s really inspirational to see people my age, students on the street, and women especially, take a stand.” 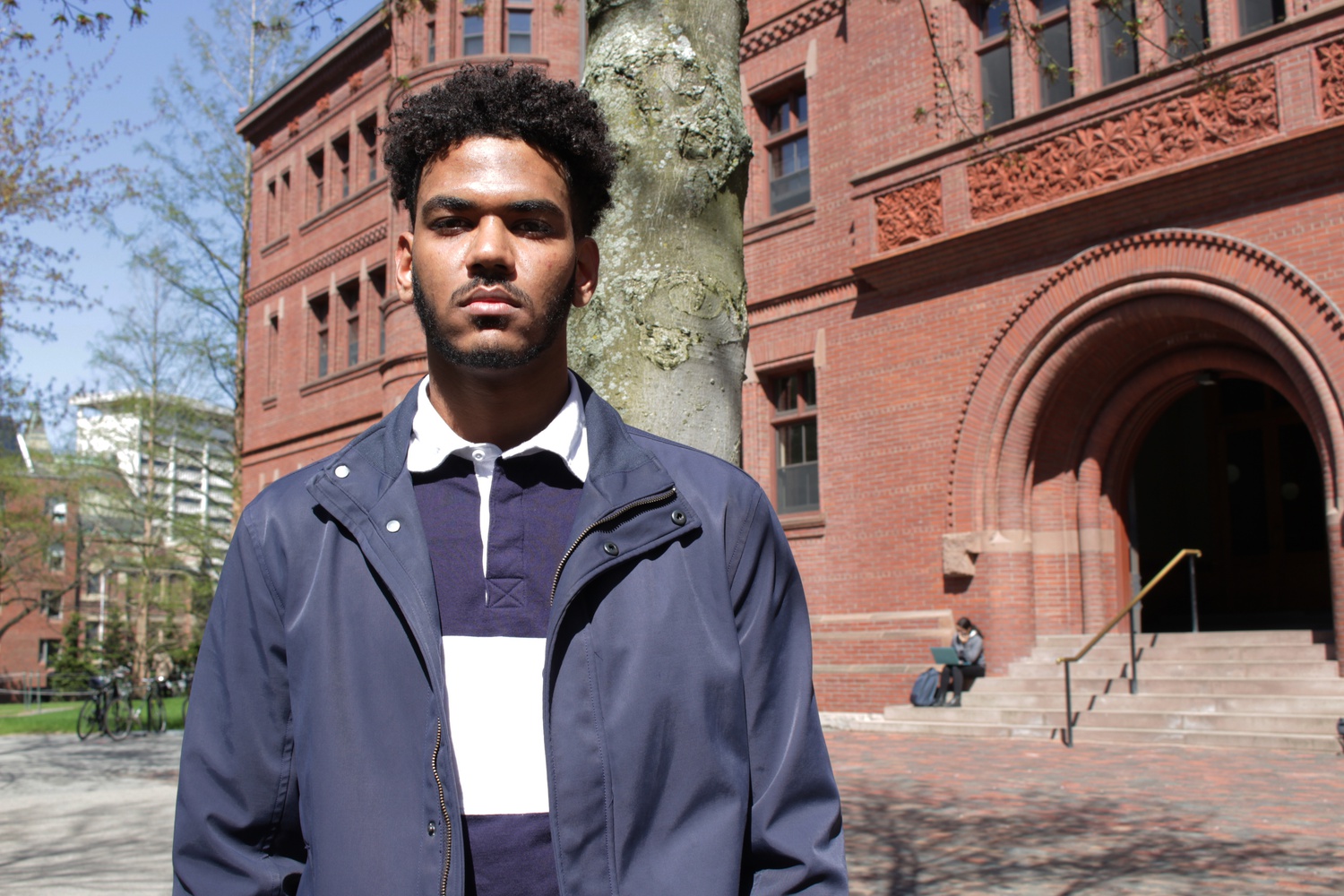 “The goal is definitely to see a civilian government be formed as soon as possible in which there is no form of military rule,” Ahmad S. M. Saaid ’21 said. “So, the furthest thing from what it is now, which is basically a military dictatorship.” By Ryan N. Gajarawala

On April 13, students and other Harvard affiliates gathered on the steps of Memorial Church to demonstrate in support of a new democratic Sudanese government. Since the recent fall of al-Bashir, a military council has been the country’s ruling power and has promised to transition to a civilian government within the next two years. But Ali, unwavering in her conviction, opposes their leadership.

“I’m not on the ground,” she says. “I can’t do anything [in Sudan]. But no, we’re not taking this military government. We asked for a civilian government. We’re not compromising until our demands are met.”

This is not the first time Sudan has transitioned power through a military coup — in fact, al-Bashir first came to power in 1989 through a similar coup. “The fact that this happened 30 years ago… it makes me nervous,” Abdeljaleel I. Ismail ’21 says. “But I guess we have to trust that the transitional government will turn into a civilian government, turn into something we’re proud to have.”

Ahmad S. M. Saaid ’21 says he wasn’t surprised by the coup. Citizens started protesting in December, when the economic conditions took a downturn, causing the price of bread to triple. He remembers waiting in line for hours to pump gas last summer.

“[In December], I didn’t go protesting. No one in my family really did because it was too dangerous,” Saaid says. “But since the start of April, there’s literally been like millions of people out on the streets. My family has been out and protesting pretty much every day over the past month and that goes for everyone, including my younger siblings.”

Amidst the turmoil going on at home, Harvard’s Sudanese students are still trying to finish out this semester. The distance between home and Harvard can feel even farther.