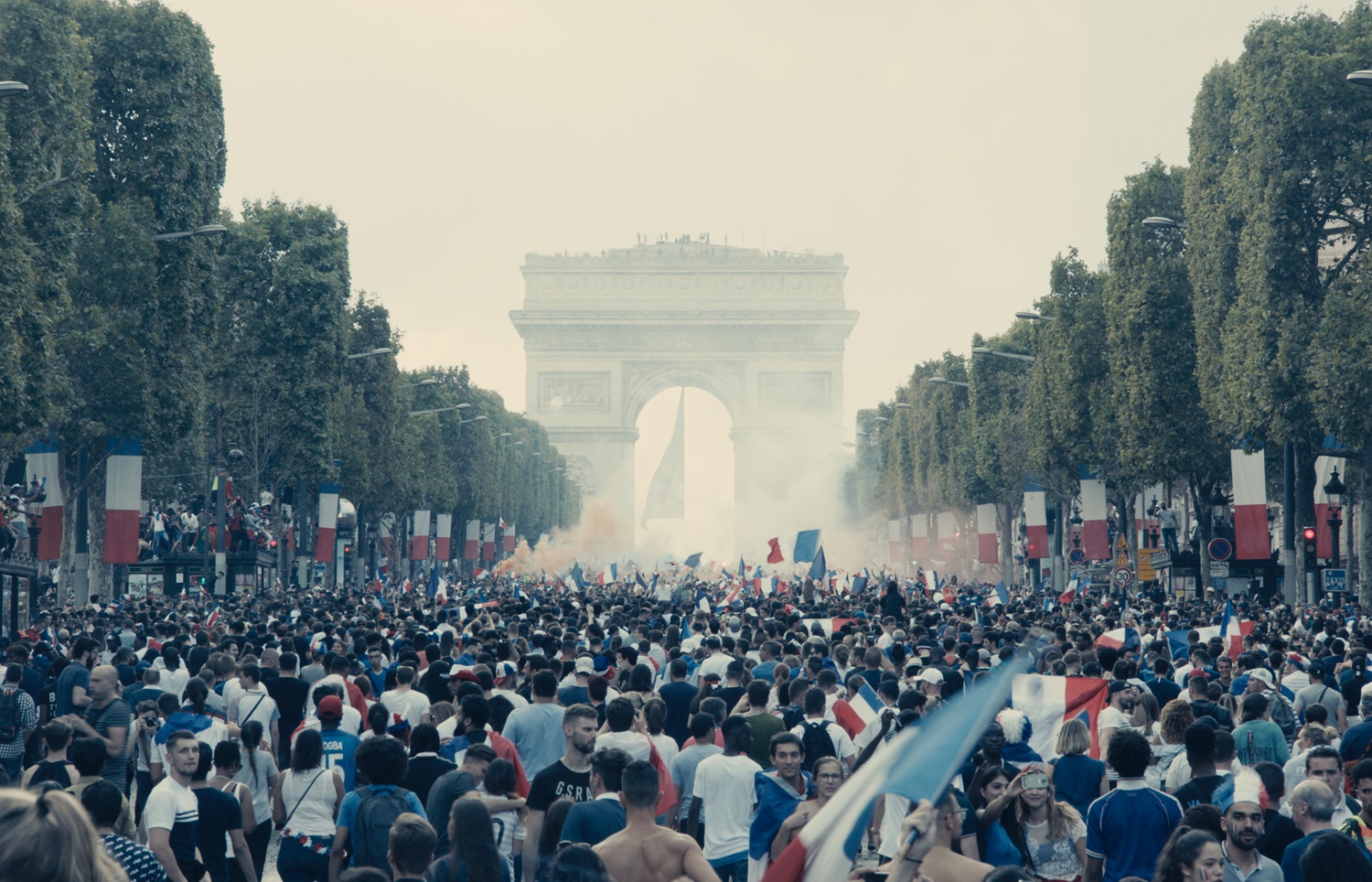 In the heart of Paris, a group of young teenagers draped in French flags joins hundreds of others donning blue, white, and red. There’s a collective moment of tension as everyone holds their breath and fixes their eyes on the TV screen — a second later, they erupt in cheers with French flags in hand, hugging each other and lighting sprinklers that fill the hazy horizon of the Arc de Triomphe with gray smoke. A sea of blue, white, and red saturates the streets and seems to temporarily dissolve all divisions within the city. It’s the city-wide celebration for France’s World Cup victory in 2016 — but it very well looks like the triumphant end of a revolution.

So begins Ladj Ly’s debut feature “Les Misérables,” which pits a Parisian police trio against the black Muslim population they torment in the French suburb of Montfermeil. Plot-wise, it has little in common with Victor Hugo’s 1862 epic, though Stéphane (Damien Bonnard), the newcomer to the anti-crime brigade, notes, “Things haven’t changed much” since it was written. When a tattooed circus crew show up at the Mayor’s front door and accuse one of the kids of abducting “My Johnny,” who turns out to be a lion cub, Stéphane, along with Chris — a toxically masculine rule-flouter who embraces his nickname “Pink Pig” — and Gwada (Djibril Zonga) — who remains largely complacent to Chris’ exploits — endeavor to track down the kidnapper and navigate city-wide tensions of race and power in the process. While the film could be mistakenly simplified as just another critique of police brutality, Ly constructs a vastly more complex landscape that brings nuance to deeply rooted racial and social tensions, though he sidelines and simplifies some civilian voices.

Even before the height of the conflict, the police and the black Muslim community emphasize allegiance to their respective communities. “No solidarity, no team. Without a team, we are alone,” a police officer tells Stéphane on his first day of work. “Respect your elders,” a Muslim brother gently tell the children after they’ve been disruptive in mosque. “We only have each other.” Without mentioning the other, each side has painted a clear divide between us and them, setting the framework from which they will then approach the forthcoming strife.

But tensions do not just exist on the meta scale; they also divide the police troupe. Stéphane, the well-intentioned, naïve newbie, is the much needed voice of morality, especially as Chris continues to push the limits of his power. The two could be seen as good cop and bad cop — but, unfortunately for Stéphane, Chris is in charge and pushes him to dangerous new lows. When Stéphane takes initiative to frisk young suspects of the robbery, a boy’s mother comes outside to scold him, and he instantly apologizes. Chris chastises, “You got told off and apologize. Are you in customer service?”

Their search was misplaced, as they quickly find the real criminal to be a young Muslim boy named Issa (Issa Perica), a trouble maker who’s well known for his lawlessness (and couldn’t resist posting a photo of himself with the cub on social media). After a police officer fires a flash-ball during an unruly confrontation, Issa becomes the figurehead for all of the children, whose fear of the police is so ingrained that they instantly run away when they see a police car. Perica doesn’t speak much, but he doesn’t have to: He is precociously impassioned in his role, channeling a profound anger that emboldens others and becomes nearly frightening in its severity.

While these principal four protagonists are complex and nuanced in their motivations, Ly neglects other voices that need to be heard. Though the film does address many crucial facets of discrimination — race, religion, and even age — gender goes completely unaddressed. The sole female police officer has less than a minute of screentime, during which she flirts with Gwada, and the only other women shown are the children’s mothers who only serve as sources of information — they are accessories to the plot, rather than complete characters. In other words, it’s glaringly obvious that the director is male. Some of the other characters also feel underdeveloped to the point that they become archetypes, such as the Mayor (Steve Tientcheu), whose appetite for justice is warranted but simplified, and Salah (Almamy Kanoute), the stoic restaurant owner who speaks wisdom in the form of Quranic metaphor. Ly’s film is definitely one step forward in the cinematic world of political dialogue, though the next step will hopefully encompass more perspectives.

—Staff writer Kaylee S. Kim can be reached at kaylee.kim@thecrimson.com.