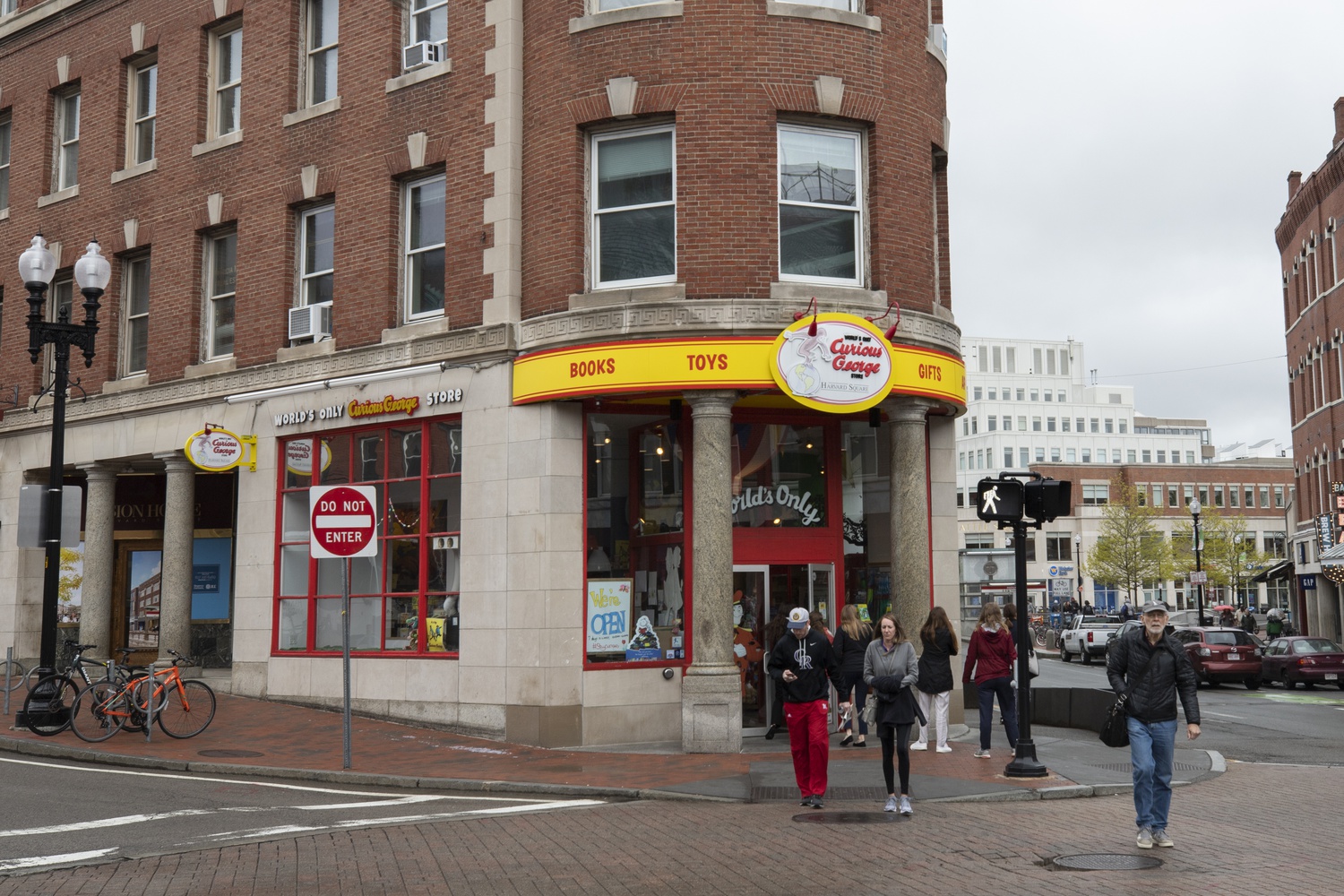 The “World’s Only Curious George Store,” a Harvard Square centerpiece, will close its doors on June 30 and relocate to Central Square following a change in ownership.

Astra S. Titus, the store’s new owner, said that the shop’s move was motivated by a variety of factors, including her desire to develop a community around the store.

“I plan on developing it more into a mission-based retail, and the mission behind it is really around community building,” Titus said. “Central Square is at this super critical exciting point where...there’s lots of things happening there that are going to be very community-focused.”

She also cited an expected decline in foot traffic due to construction projects in the Square. Titus said that Regency Developers, which owns the building that currently houses the Curious George Store, originally planned to move the shop to an alternate location on Brattle Street while the building underwent renovations.

“I envisioned that there’s going to be a decrease in foot traffic because the store in its temporary space would be much less visible,” Titus said. “This would mean a decline in revenue.”

Ultimately, Titus said that moving to Central Square would offer a “fresh start.”

“There’s no secret that brick-and-mortar retail is challenging,” he said. “Rents are a little lower in Central Square than in Harvard Square.”

Kennedy School Associate Dean and Chief Financial Officer Jeita L. Deng, who is also a freshman proctor, said she is “super sad” to see the store leave its longtime home, but she looks forward to visiting the new location.

She said her family, including her three-year-old son, are “ferocious readers” and frequent the store for its books.

“For us, it's more the adventure of the special treat of going and picking up and buying a new book to celebrate a new occasion or a new holiday,” Deng said. “I think we'll just have to make it a bigger adventure to go get a new book.”